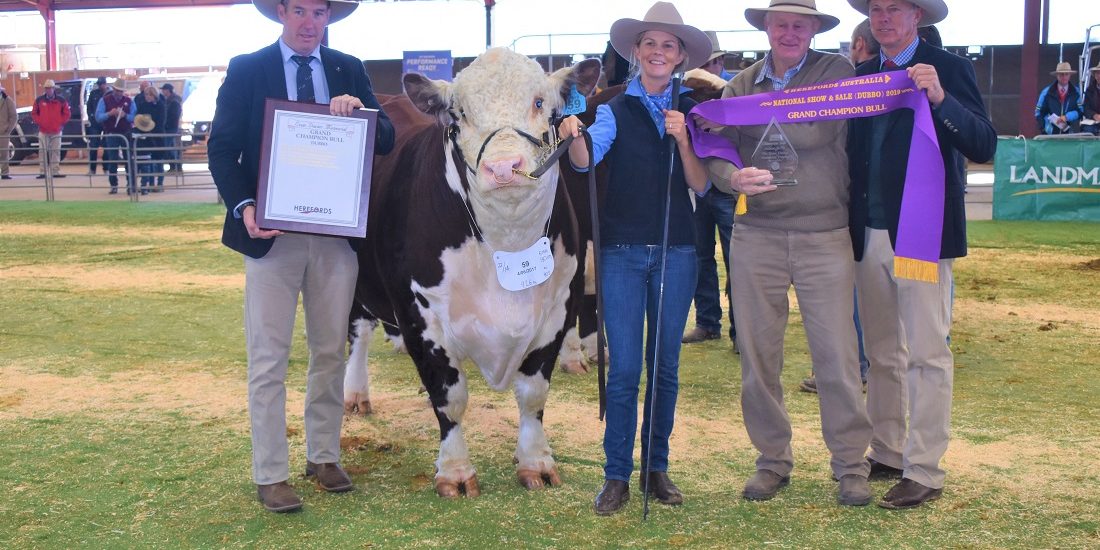 The 58th annual Herefords Australia National Show and Sale was held at the Dubbo Showgrounds on June 4.

This year’s show drew 56 entries from 24 breeders across four states.

The EU index and Supermarket index Performance classes were held first and judged by Steve Chapman of JBS Australia.

The Performance classes were judged on a points system out of 100, with 40 points allocated for structure, 30 points for indexes and a further 30 points for market suitability.

In the EU index class, Morganvale Naughton exhibited by Morganvale Pastoral of Keith, SA came away with the champion sash.

“Any processor would be happy with the carcases of the progeny of this bull.” Mr Chapman said.

Steve Chapman described Imperial as a “cracker” and “really thick all the way through.”

Exhibited by the Holcombe family of Burren Junction, Nullabor was sired by the $70,000 record setting sire Bowen Calibre K207.

“His early maturity pattern is really good and there is a lot of yield in this carcase.” Mr Chapman said.

Nullabor continued his winning streak throughout the day to come out on top in the traditional show classes and be sashed grand champion bull by judge Steve Reid of Talbalba Herefords.

Nullabor boasted an impressive set of Breedplan figures, with rib and rump fats in the top 1% of the breed, EMA in the top 10%, and all indexes in the top 5%.

Coupled with an impressive set of data, Nullabor’s thickness and movement particularly appealed to Mr Reid.

“He’s just so thick and really strong through the top line.

The junior section of the show saw a clean sweep for Grathlyn Pastoral Company taking both the champion and reserve sashes.

Sired by Days Elaborate J59, the August 2017 drop Holy Field scanned with the highest EMA in the catalogue at 140sqcm.

The judge described Holy Field as an “extremely powerful bull” and was very impressed with his structure and muscle shape.

“He has outstanding muscle shape, he’s high indexing with a good head and eye.

“There’s characteristics about him that make him a real stud sire.” Mr Reid said.

Reserve junior champion was awarded to Grathlyn Notorious who stood second to Holy Field in their class.

In the intermediate division, reserve champion was awarded to Allendale Extrovert N159, who came in just behind grand champion bull Rayleigh Nullabore N069.

Extrovert was sired by Allendale Gambler L143 and weighed in at 894kg with a raw EMA of 127sqcm.

Allendale also took the champion sash in the senior division with Allendale Imperial N114 who had been sashed reserve champion in the EU class earlier in the day.

Mr Reid was once again pleased with the structure and movement of the bull.

“[This is] a bull that’s really going to take our breed forward.” Mr Reid said.

Rayleigh topped off their successful morning in the show ring by being awarded the President’s Shield for the top team of three bulls.

Mr Reid was impressed by the evenness of type among the three Rayleigh bulls, describing the team as having a lot of depth of body and lots of thickness.

Rayleigh stud principal Jeff Holcombe was delighted with their stud’s result on the day.

“You try for a lifetime hoping for a day like this and it’s finally happened.” Mr Holcombe said. 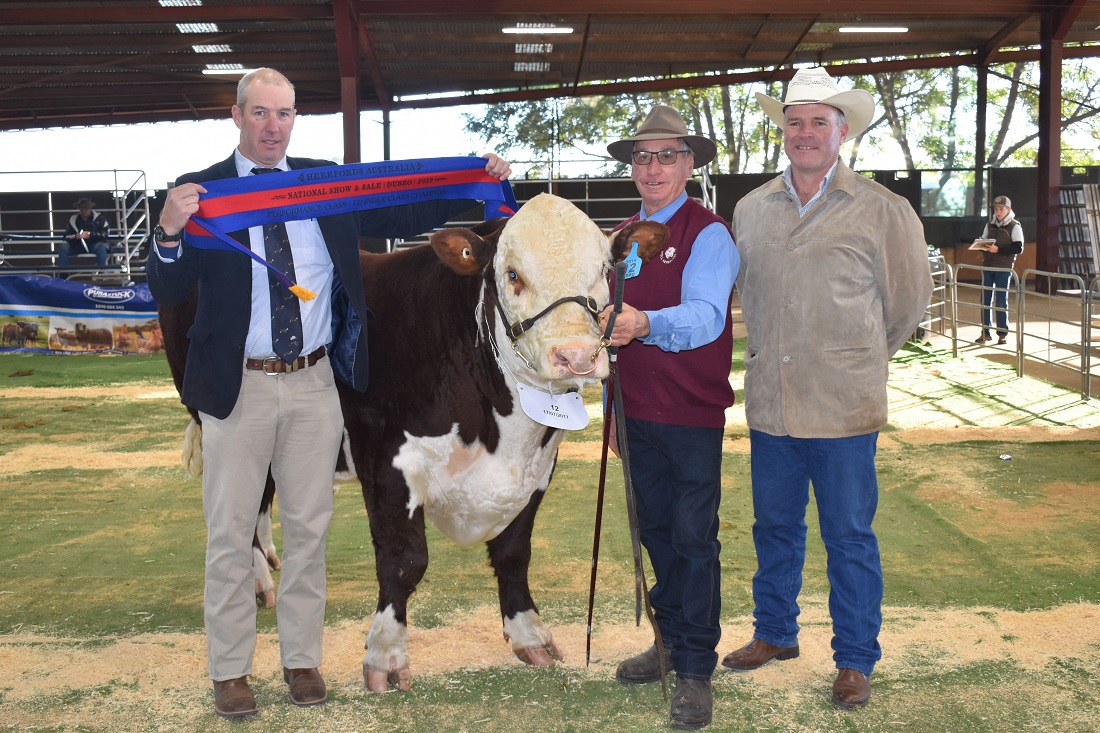 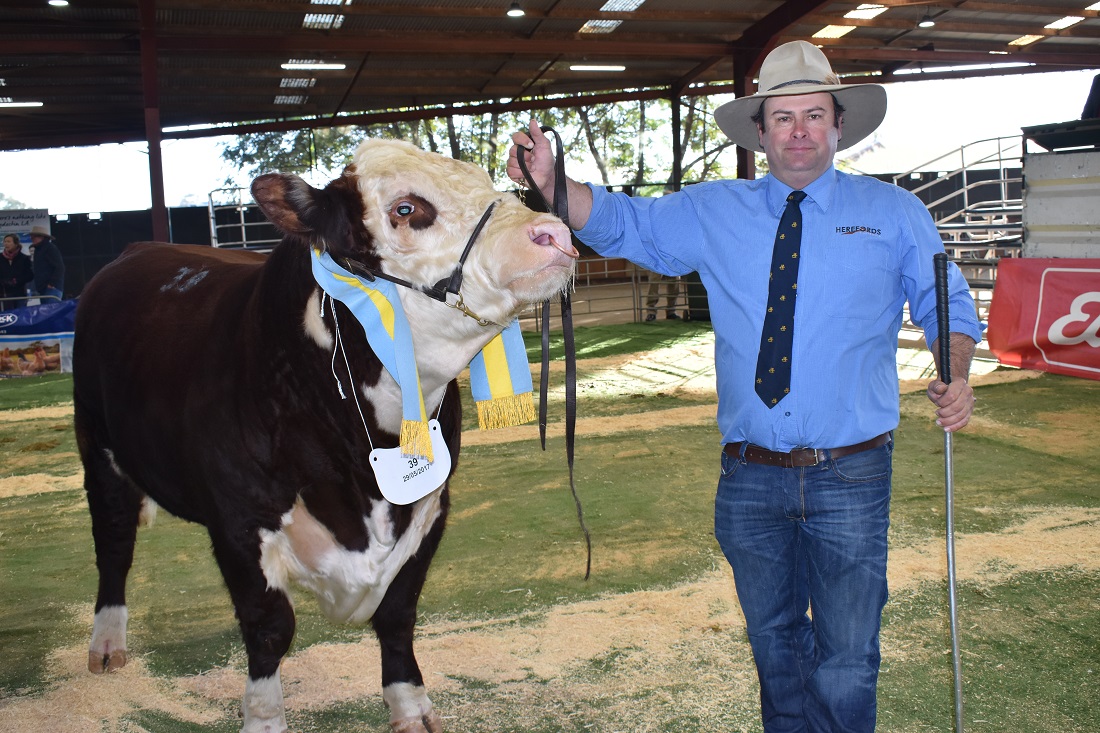 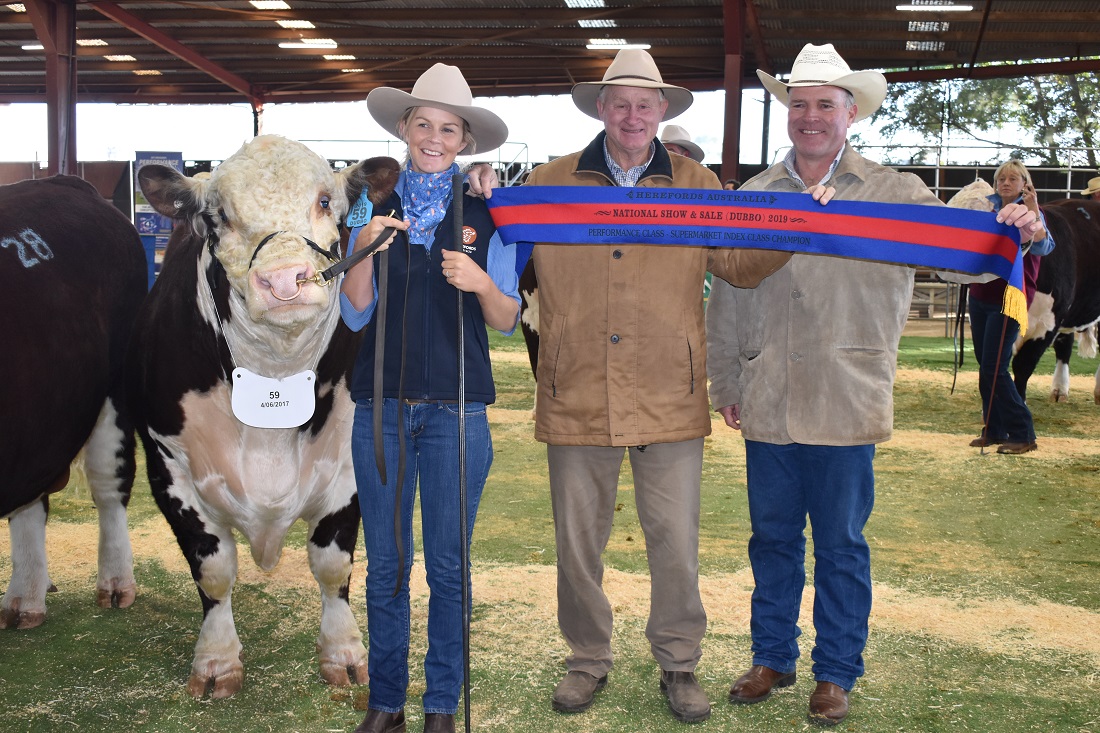 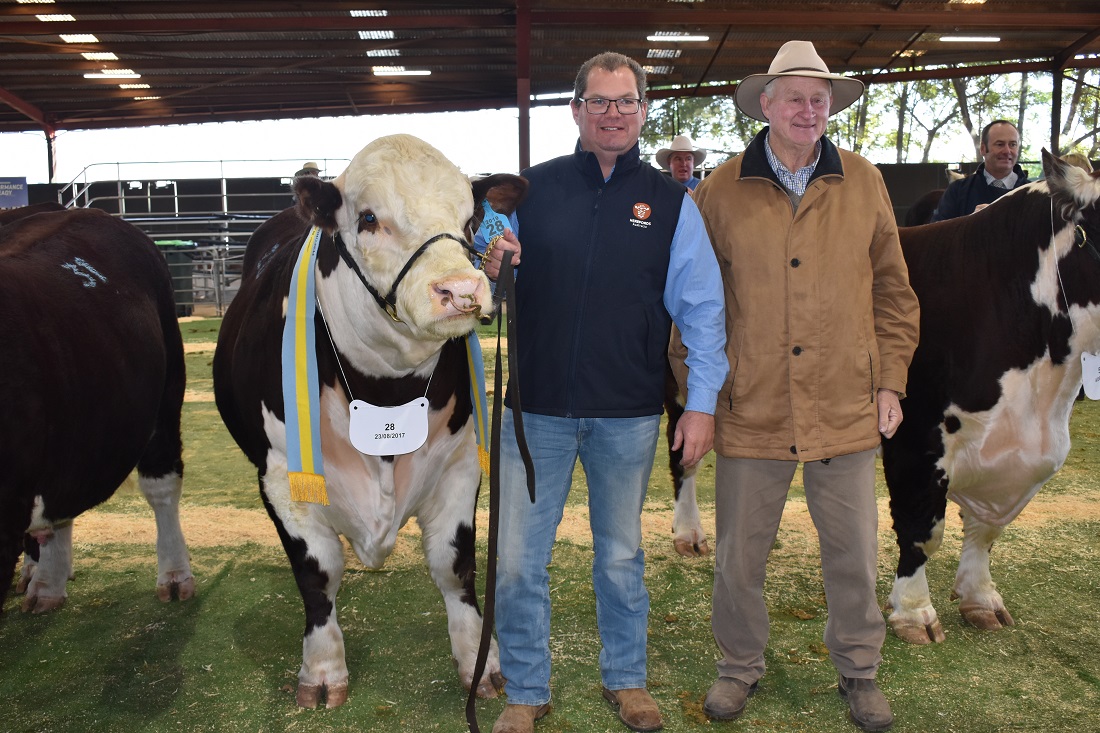 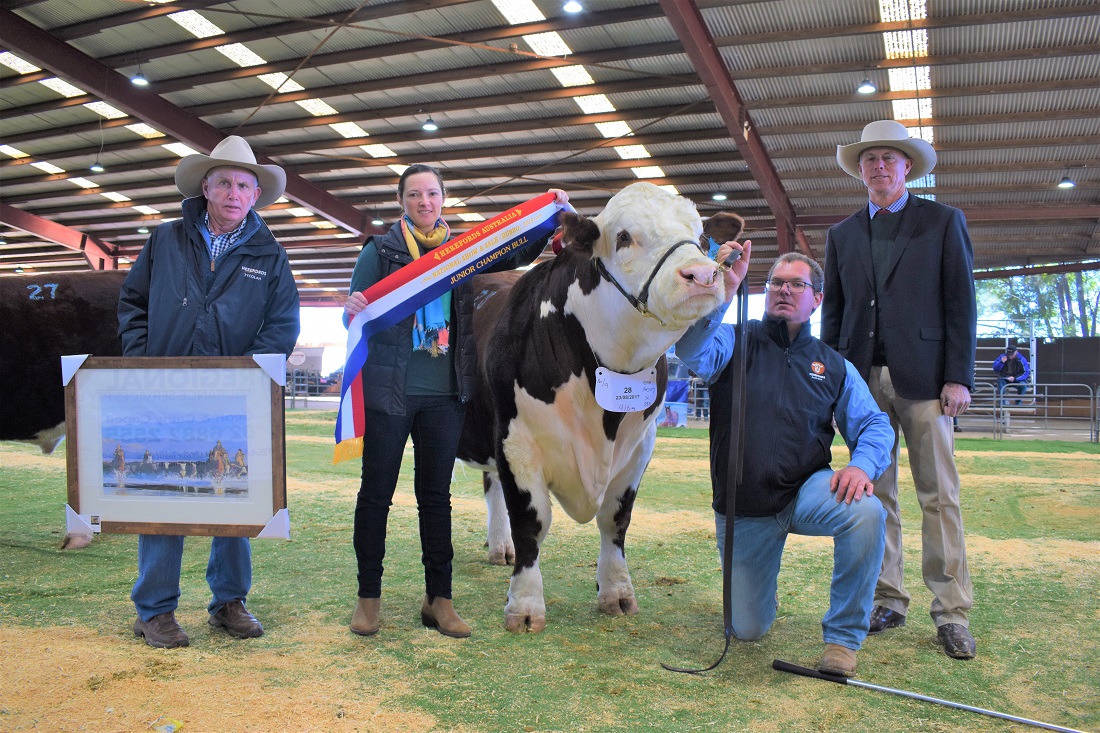 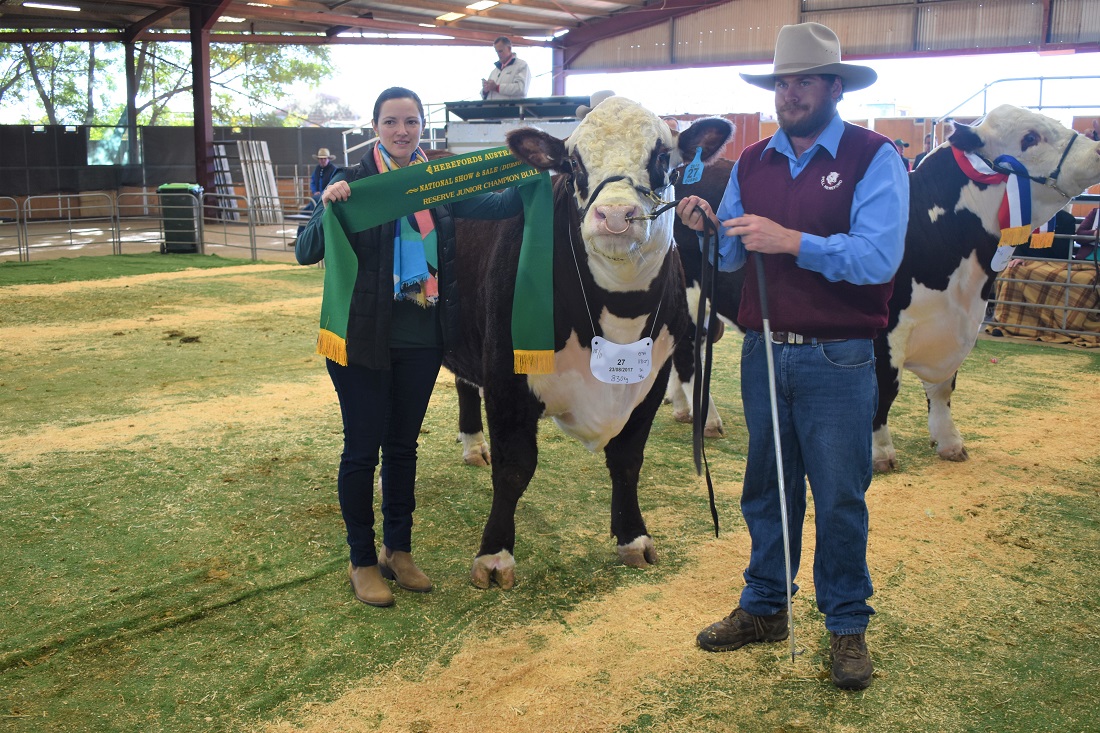 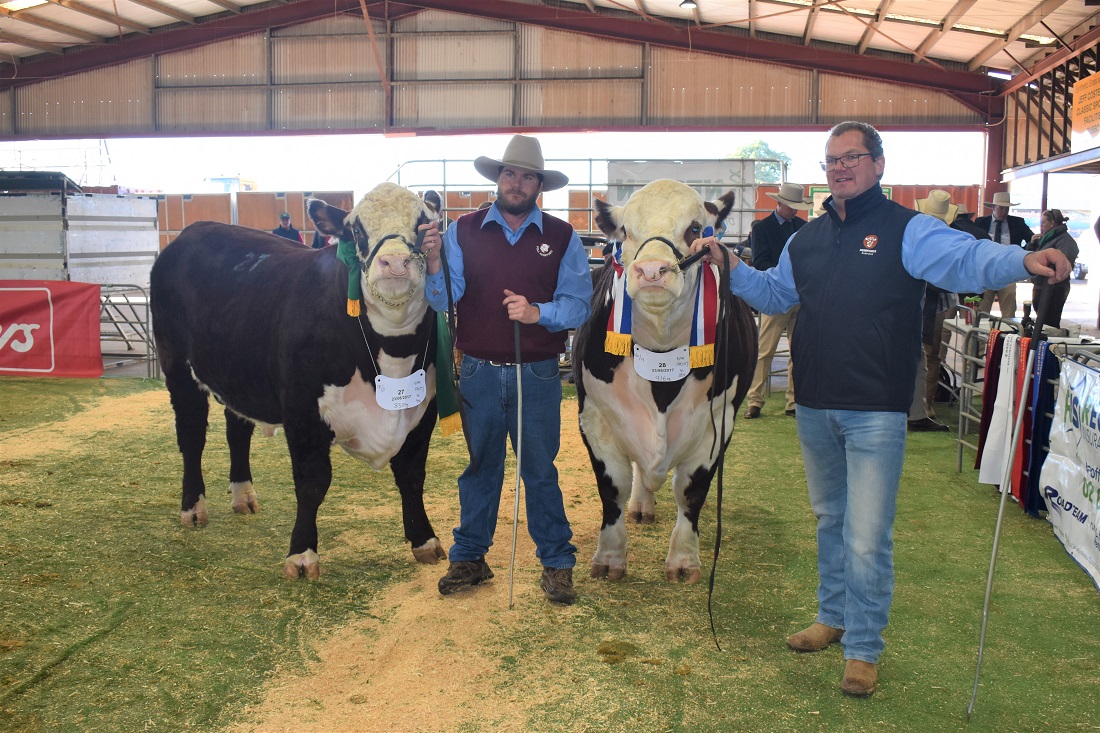 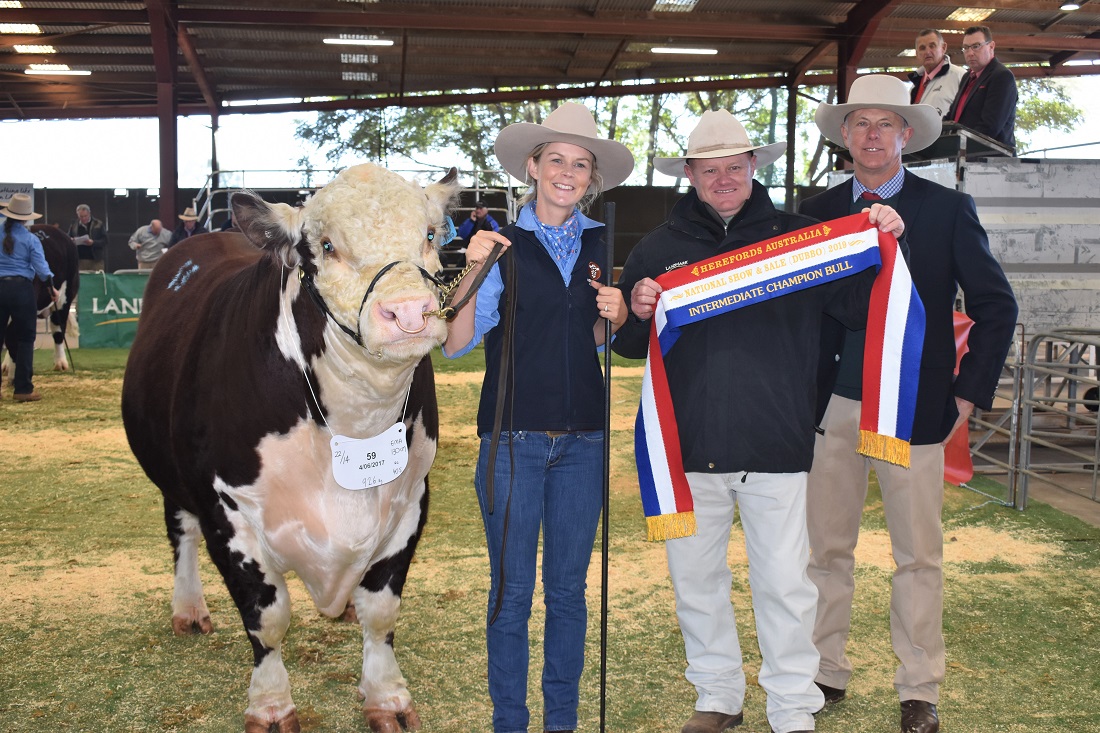 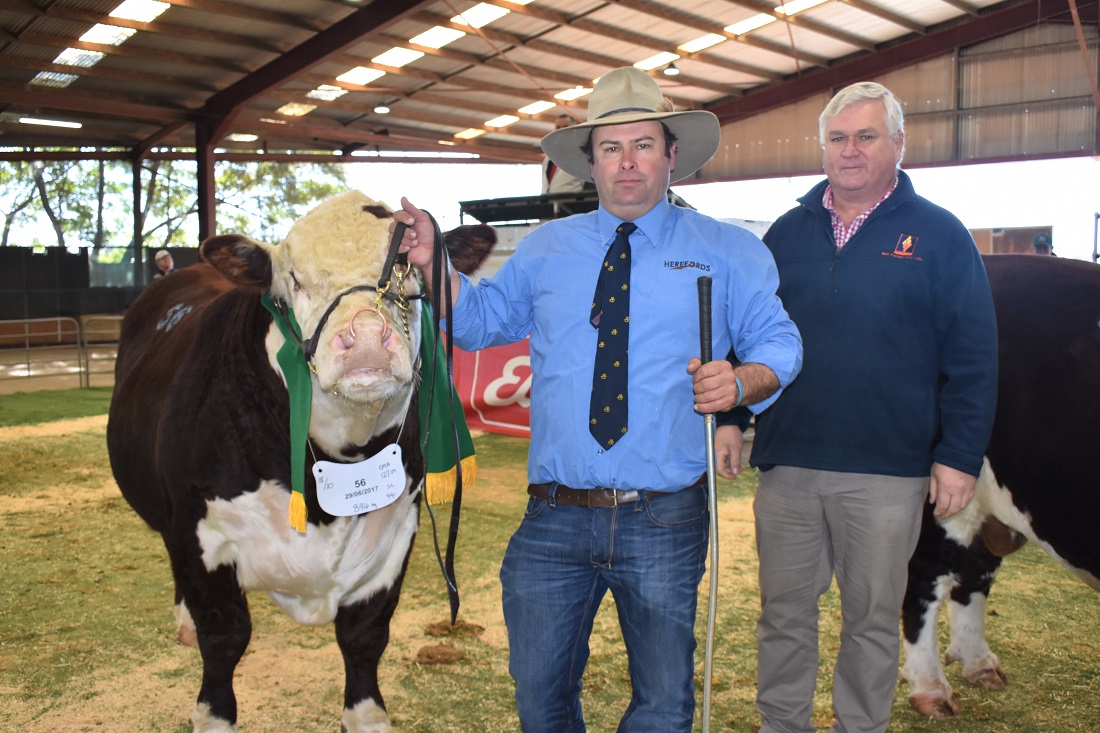 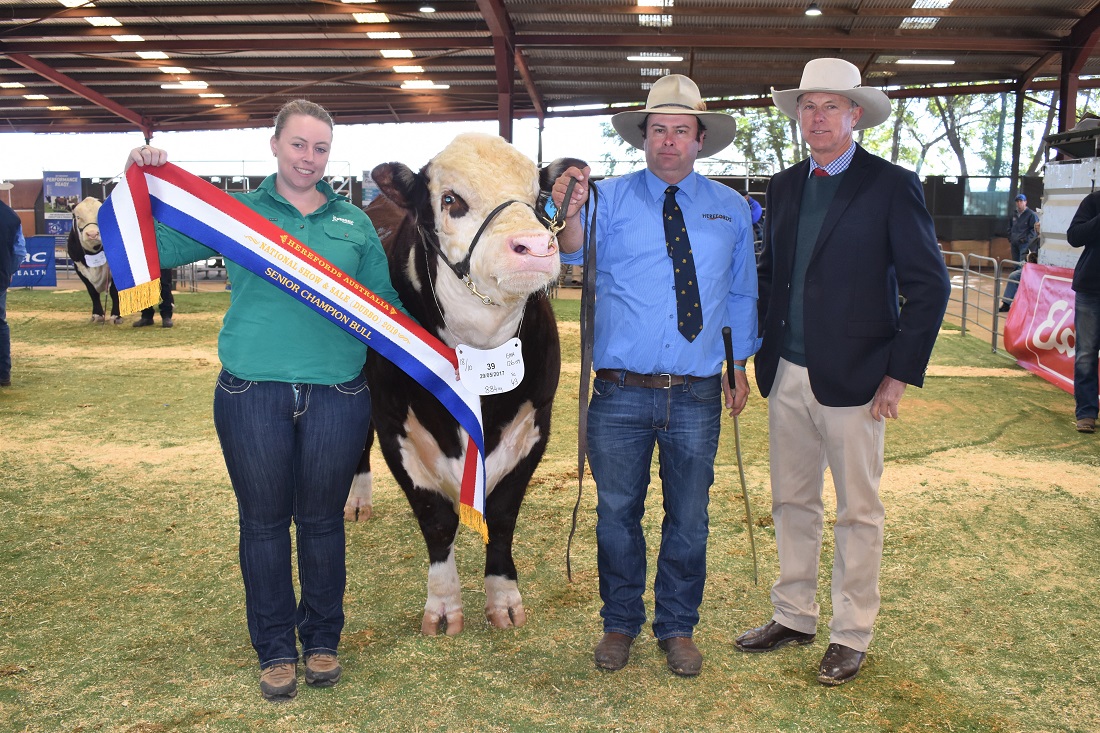 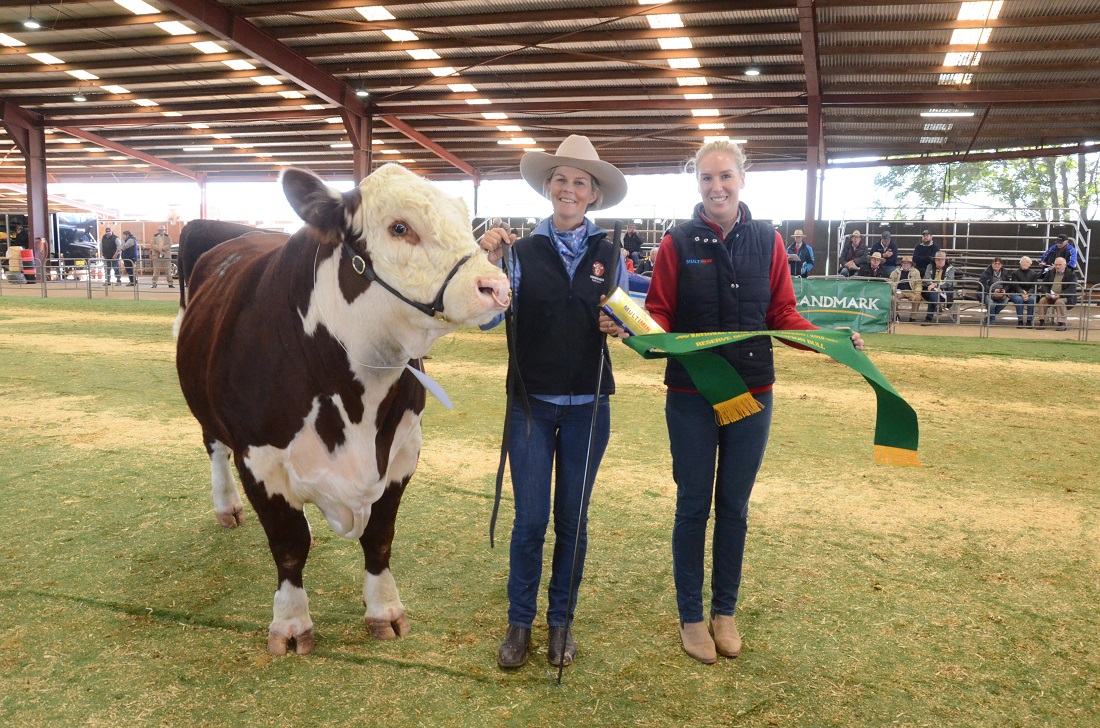 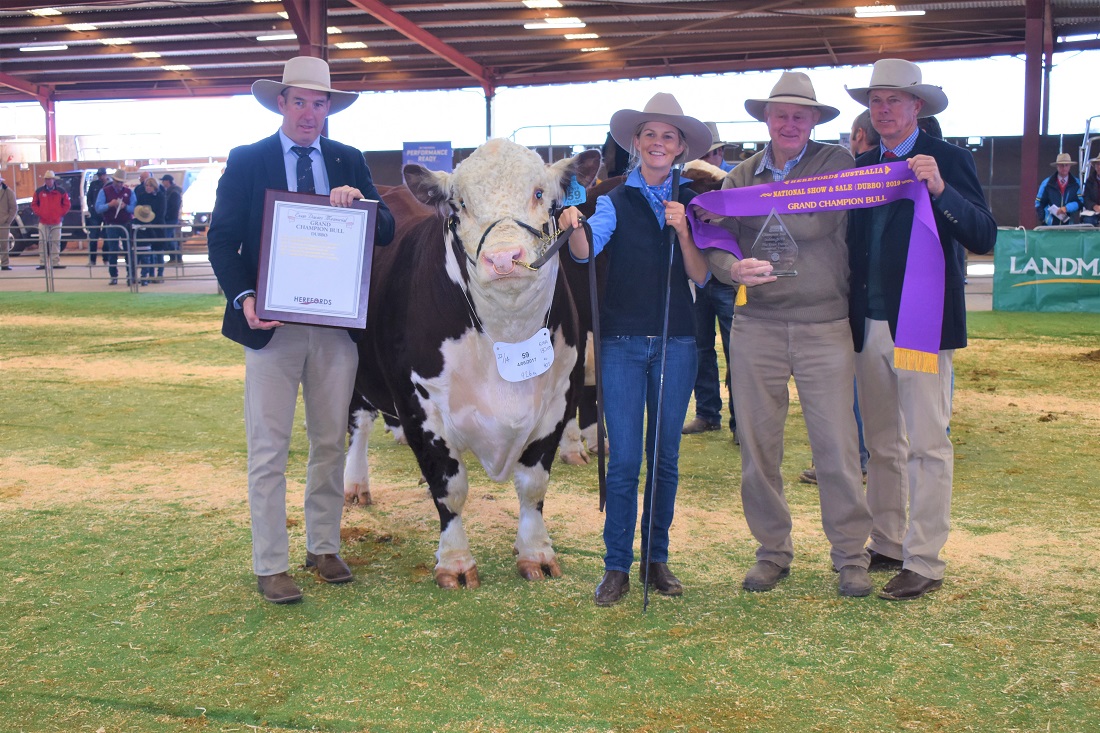 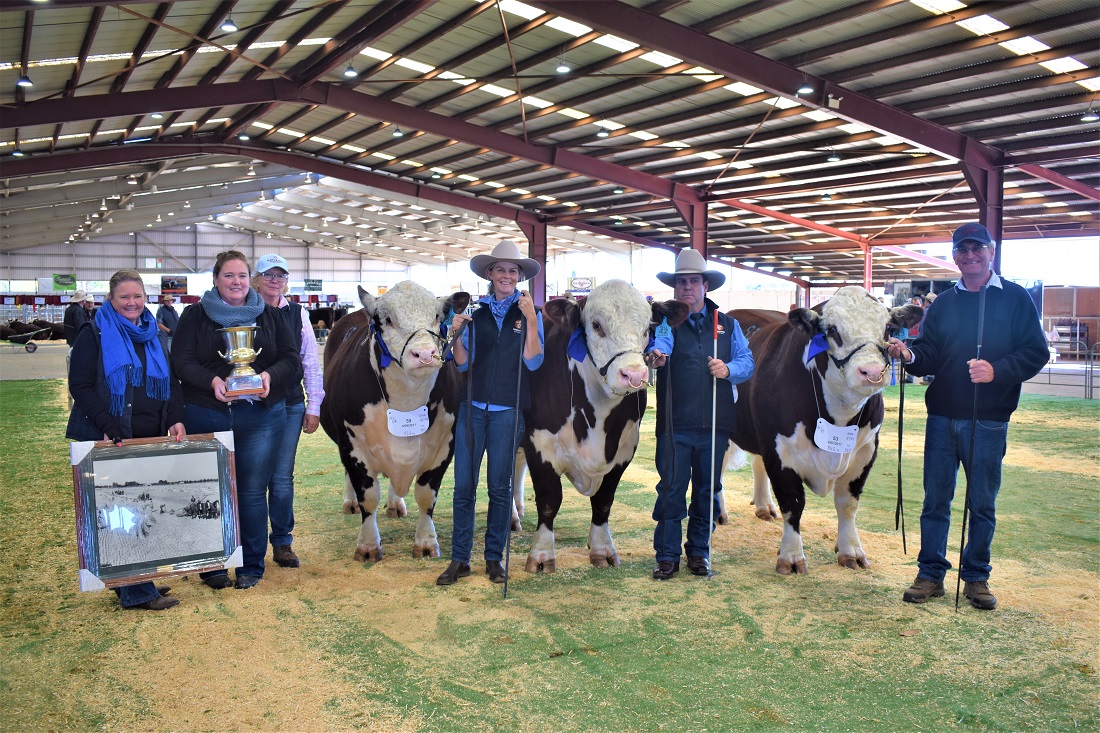