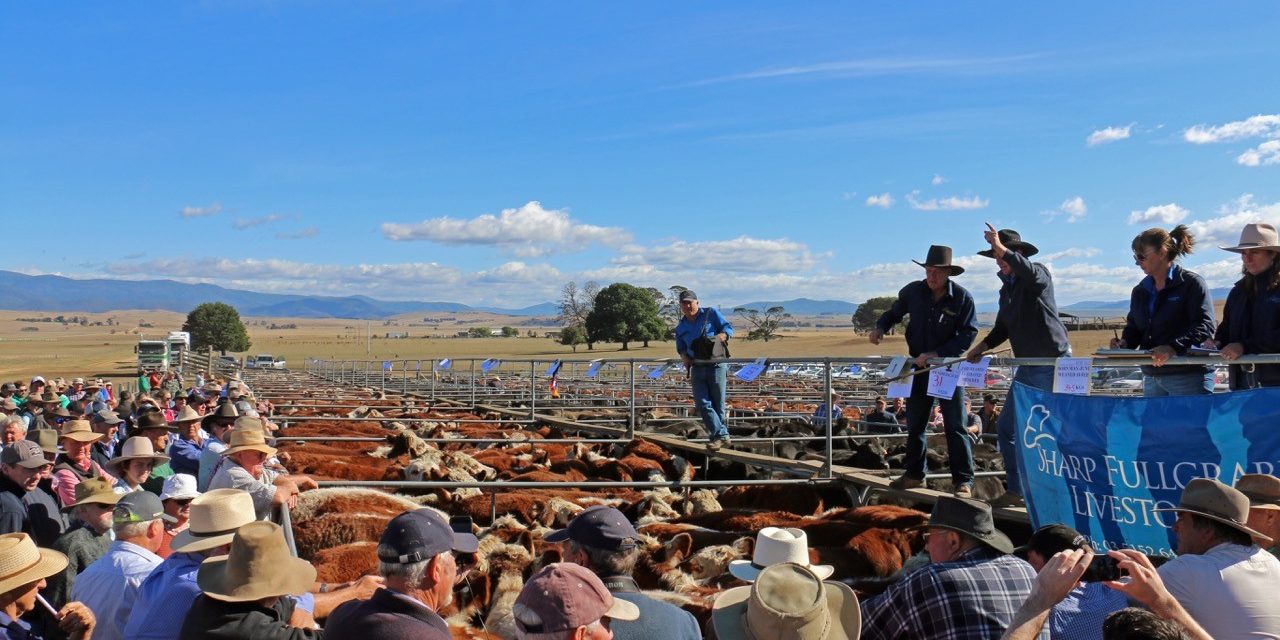 Whiteface vendors pocketed an extra $156 a head for heifers and $72 for their steers above other British breeds at the 79th annual Mountain Calf Sales this month.

Held at Benambra, Ensay and Omeo on March 12-13, the mountain calf sales yarded 5502 cattle this year, despite some vendors electing to sell earlier at the January weaner sales.

Autumn drop whiteface steer prices peaked at Ensay at $1220 and heifers at Omeo at $1090.

The majority of calves had been weaned early and either supplemented or run on creek flats.

Vendors had rounded down their expectations generally by $200 a head, but were caught by surprise when two international live export orders competed against each other for Hereford heifers.

The heifers, weighing 280-360kg and purchased from Herefords Australia members, are bound for breeding programs in Russia and Kazakhstan.

The additional competition resulted in heifer prices surging to steer level and finishing at $1090 resulting in a windfall for Victorian high country producers who had held females back for the two-day event.

The majority of cattle sold to Gippsland, Victoria’s north-east, King Island, the Riverina, and Tasmania.

Typical of those was local fattener Paul Pendergast who has bought the same Shorthorn-Hereford line for the past 11 years and recently sold a draft of those steers to a top of $2300.

He was quick to reinvest, buying the opening pen at Benambra calf sale for $1030 to grass finish over winter.

The whiteface offering hit its peak when 1100 Hereford and Hereford cross steers and heifers were sold at Ensay on March 13 for an overall average of $793.

The overall average for the Elders Benambra Weaner Sale was $740, with steers averaging $776 and heifers $682.

A total of 1331 mixed sex whiteface cattle were yarded at Benambra.

Jim Pendergast, Penderscourt, Hinnomunjie, listed a green weight for his top pen of May-June drop steers of 345kg at the Benambra Calf Sale.

Barry Newcomen, Ensay, weighed a sample of the tops of the draft at the Ensay Weaner Sale to average 415kg.

But, the vast majority of backgrounders had set their budgets on a dollars per head basis with the orders centring around lighter steers at 240c/kg and the better quality types for lot feeding or grass fed programs at 300c/kg.

The Mountain Calf Sales are one of the few fixtures where large runs of European Union accredited whiteface cattle can be sourced, however many buyers did not elect to retain the calves within the system this year. 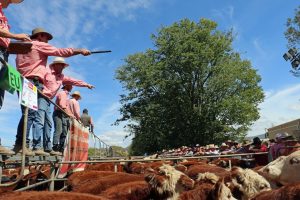 Whiteface cattle tracked above other British breeds by an average of up to $154 during the 79th annual Mountain Calf Sales.