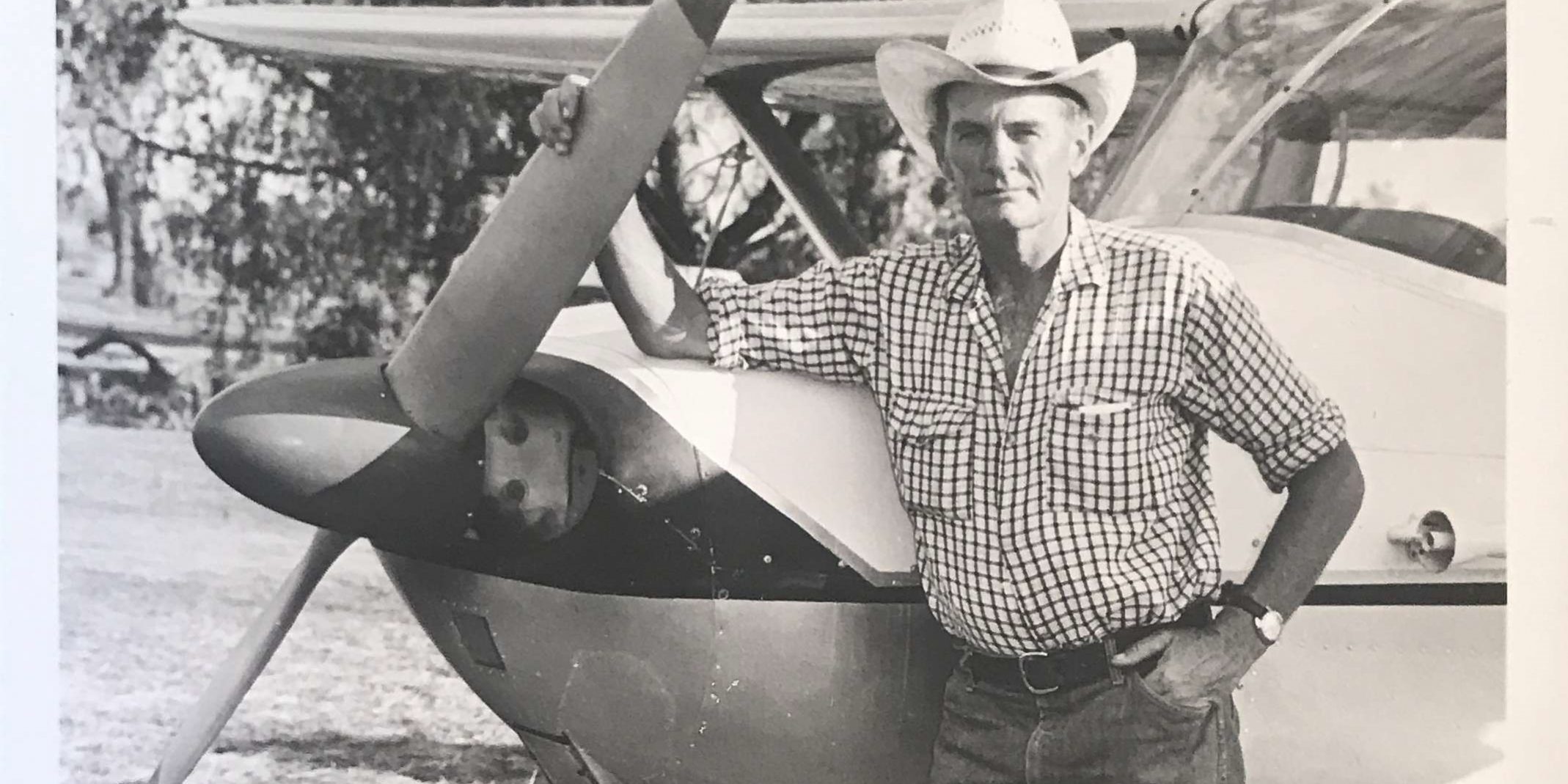 Ken Mackay, one of the principals of the famous Merawah Poll Hereford stud, passed away peacefully during the past week aged 93 years.

Ken and his wife Judy, a former patron of the Australian Poll Hereford Society, took over the running of the Merawah Stud from Judy’s father, JH Doyle, one of the founding fathers of the Poll Hereford breed in Australia. During their time at the helm they maintained the studs lofty position in the Australian beef cattle industry and sold cattle to all states of the country and several overseas countries as well as staging breed leading bull sales year after year.

Ken was a renowned cattleman, horseman and pilot whose flying career began as a fighter pilot in WW 2 and continued with his distinctive Cessna with Merawah Poll Herefords emblazoned on the fuselage until his sixties. A shrewd cattle dealer, Ken traded thousands of cattle during the 60’s and 70’s (predominantly Herefords) throughout SW QLD and Northern NSW which underpinned his desire to keep his stud herd commercially focused and relevant. He was a keen rodeo man and operated a bucking bull and horse string with the late Wally Gunn ( Sevenbardot Poll Herefords) as well as a highly regarded polo player and later, a prominent campdrafter and president of the ABCRA.

In his later years, he maintained his keen interest in the cattle industry and particularly Hereford cattle and was a source of advice for many at every Merawah sale and was still active at the studs 2018 sale.

He is survived by his two sons, Andrew and Robert and their wives, Carolyn and Lori and grand children Serena, Angus,  Jade and Greg.

Ken’s funeral service will be held on Tuesday the 22nd of January at 11am (QLD time) at the Anglican Church Goondiwindi.