Herefords Stand the Test of Time 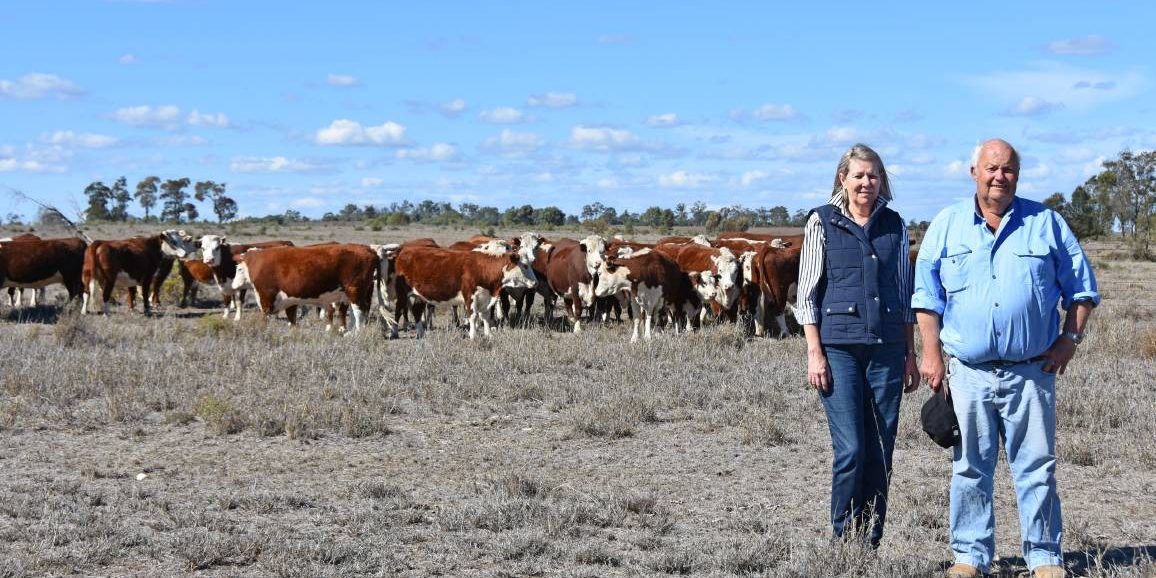 Turning off over 1000 head of cattle a month from their Moruya feedlot at Moonie means the Cook family of Kindon, Goondiwindi, know a thing or two about carcase and eating quality.

It is this knowledge that has convinced them of their faith in the Hereford breed.

Running 3000 breeders across their 48,500 hectares at Kindon, in addition to a cropping operation spanning three properties, Noel and Liz Cook, along with their sons Kieran and Brodie, have made considerable investment into their herd over the years.

“At present, we buy the top bull every year from Ironbark Hereford Stud at Barraba and we breed bulls ourselves just for our own use,” Noel said.

“We cull them about 50 per cent, and just supply our own herd with bulls.

“We’ve tried to keep the quality in them where we get good, growthy animals and good doers.”

This significant investment in quality genetics and focus on growth and carcase has seen Noel and Liz win several top awards.

“We were lucky this year, we got second in Australia at Beef Week for our carcases, so we were pretty happy with that for Australia wide,” Noel said.

The Cook’s commitment to the Hereford breed has a long history, though they have explored other breeds in the past.

“When we bought Kindon, we bought 1500 Angus cows and they just never handled the dry weather like our Herefords did,” Noel said.

“We found we were doing better out of our Herefords than we were out of our Angus. We’ve had Herefords for 50 to 60 years and we’ve just stuck with them.”

In a year where widespread dry conditions are causing a headache for many landholders, the Cook family of Kindon, Goondiwindi, is relying on the versatility and strength of their Herefords.

Normally running up to 4500 head of cattle on the property, Mr Cook said the dry conditions meant there was only about 800 head left on the place which would be moved in the coming weeks.

“This is the only time since we bought Kindon 14 years ago that we’ve ever destocked,” he said.

A great body of feed, plus an oats crop and sorghum stubble, at their other two properties has been a saving grace for the Cooks.

“We’ll get some old cows onto oats at Kilburnie and sell them, but we were looking for a while there having to put them in the feedlot and fatten them.”

Purchasing Moruya feedlot in 2009, the Cooks have steadily expanded operations from 900 head to 4000.

“We’re trying to get another bore licence and if we can get that, we’d probably go through to 12,000.

In addition to putting their own weaners into the feedlot once they’ve reached 350kg, the Cooks also purchase 1100 head from the surrounding saleyards each month to meet their contracts to deliver 780 beasts a month to Kilcoy Pastoral Company, at Kilcoy and 84 beasts a week to Coles in Brisbane. 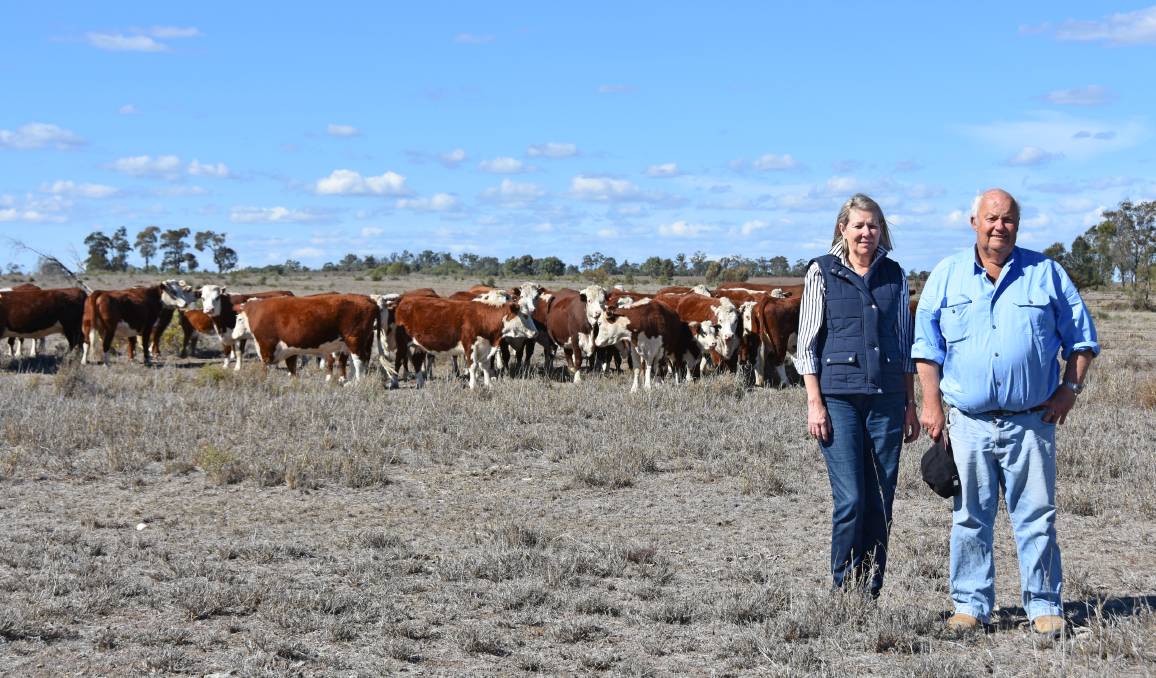 Liz and Noel Cook from Kindon in the Goondiwindi region have a long history with the Hereford breed. 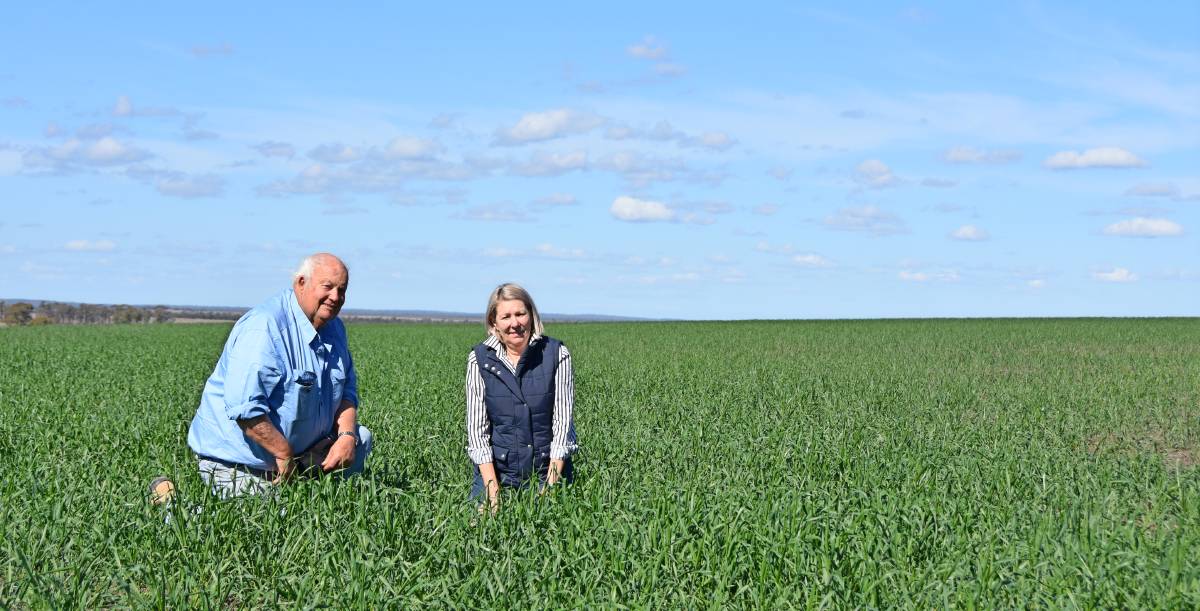 Noel and Liz Cook were lucky to get 30mm of rain at the beginning of July which enabled a late-plant wheat crop and 1000ha of oats to go in.