Strong Demand for Heifers for Crossbreeding at Casino Sale 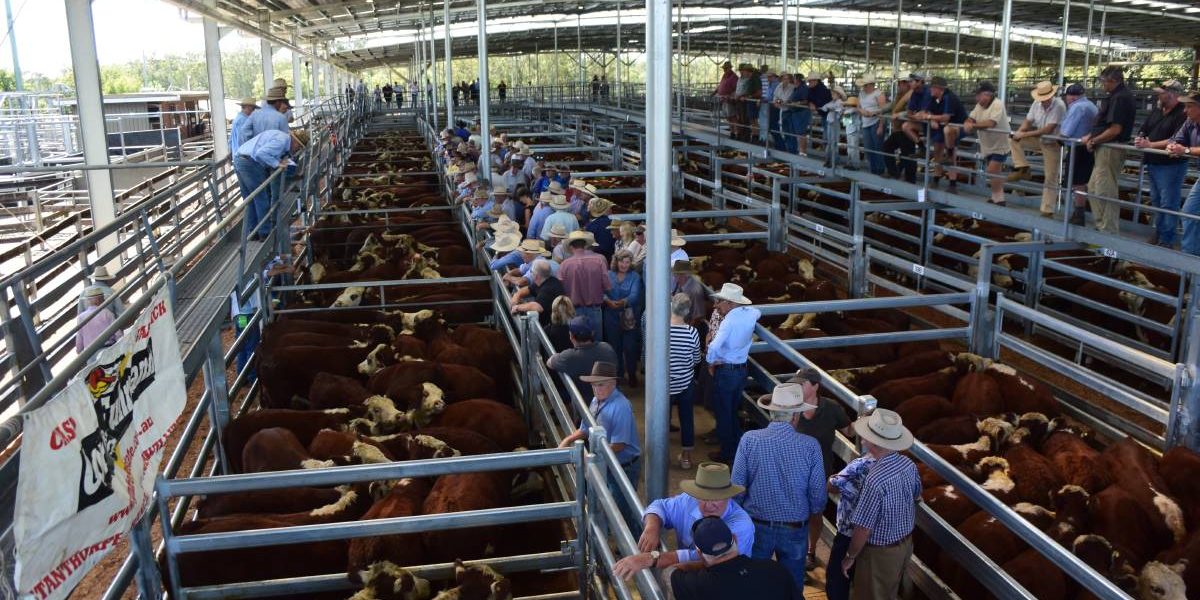 Hereford steer weaners topped at 348c/kg or $1200 at the Casino Premier Hereford Weaner sale on Friday.

The sale was sponsored by Herefords Australia, Merial and Eclipse.

Mr and Mrs Smith rang the bell for the top priced Hereford steer weaners on a dollars per head basis with a pen of 18 weighing 350kg, EU accredited and returning $1200 or 343c/kg.

In the heifers, W G & M A Weaver topped the autumn drop weaners with a pen of nine Herefords averaging 293kg and returning 354c/kg or $1038.

Mr Perkins said 90 per cent of the heifers sold to restockers for local breeding programs, while the balance went to backgrounders for lot feeding.

“There is a big shortage of Hereford breeding cattle in this country, to suit our crossbred programs,’’ he said.

“The demand for steers was mostly from backgrounders and lot feeders.’’

Although there was a good offering of European Union accredited cattle, Mr Perkins said a 5-10c/kg premium was paid for PCAS eligible (Pasturefed Cattle Assurance System).

He quoted the sale as “solid’’ despite the dry conditions in NSW and southern Queensland, with the middle run of steers making 320-335c/kg, and lighter steers up to 350c/kg.

Mr Perkins said the majority of vendors had rounded down their expectations of averages to 2016 levels on the back last year’s historically high prices.

The Hereford-Bos indicus infused sale on Thursday, March 22, and Friday, March 23, is also sponsored by Herefords Australia with the best presented Hereford infused awards for both steers and heifers.

Mr Perkins expects restocker activity to be strong on the offering of Santa-Hereford heifers on Friday. Wall to wall Herefords under cover at Casino on Friday. Hereford numbers and quality were exceptional at the special store sale on Friday.

All images courtesy of Fairfax Media.