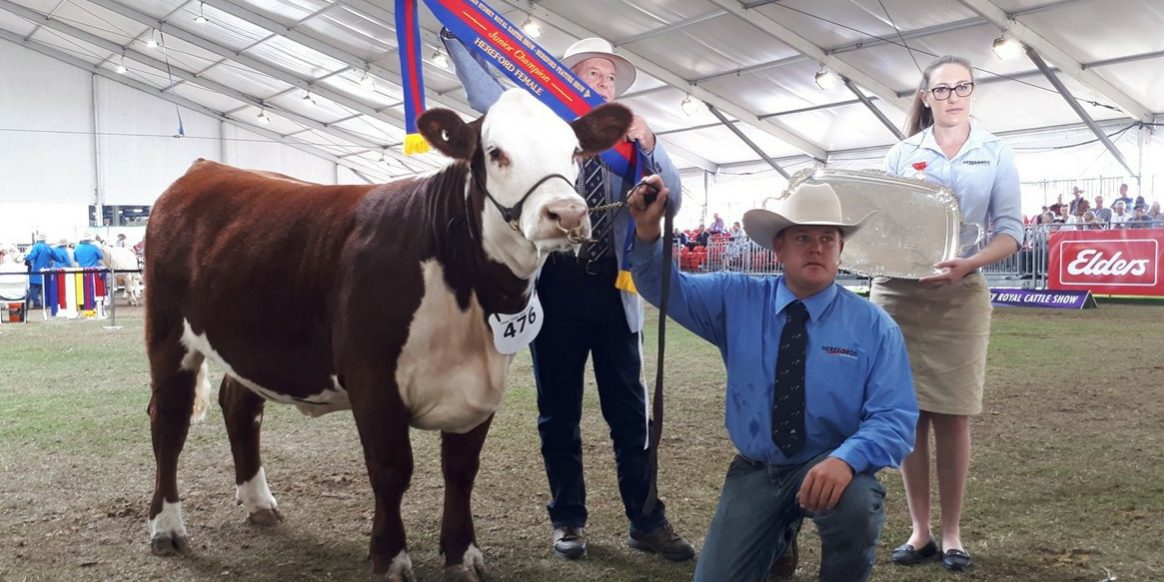 The Hereford Feature at the 2018 Sydney Royal Easter show has been an outstanding showcase for the Hereford breed.

Hereford entries more than doubled for the Sydney Royal this year with over 300 entries from 73 studs across New South Wales, Queensland, Victoria, South Australia, and Tasmania.

With $15,000 in prize money plus products up for grabs in the show ring, all classes were hotly contended.

The judge for the Hereford Feature Show was Mr PJ Budler from the USA. As a world-renowned cattle expert Mr Budler has judged over 40 breeds of cattle in 21 countries, however the Hereford breed was his first passion, starting his own Hereford stud at just 15 years of age.

“This is a bull that can make a difference in countries all across the world.”

“[He is] a tremendous example of the breed.” Said Mr Budler.

These exceptional results in the show ring – coming off the back of strong Hereford prices at recent weaner sales, pushes the Hereford breed to the forefront of discussion as a breed of the future.