Courtney Aspires to Make a Difference with Scholarship 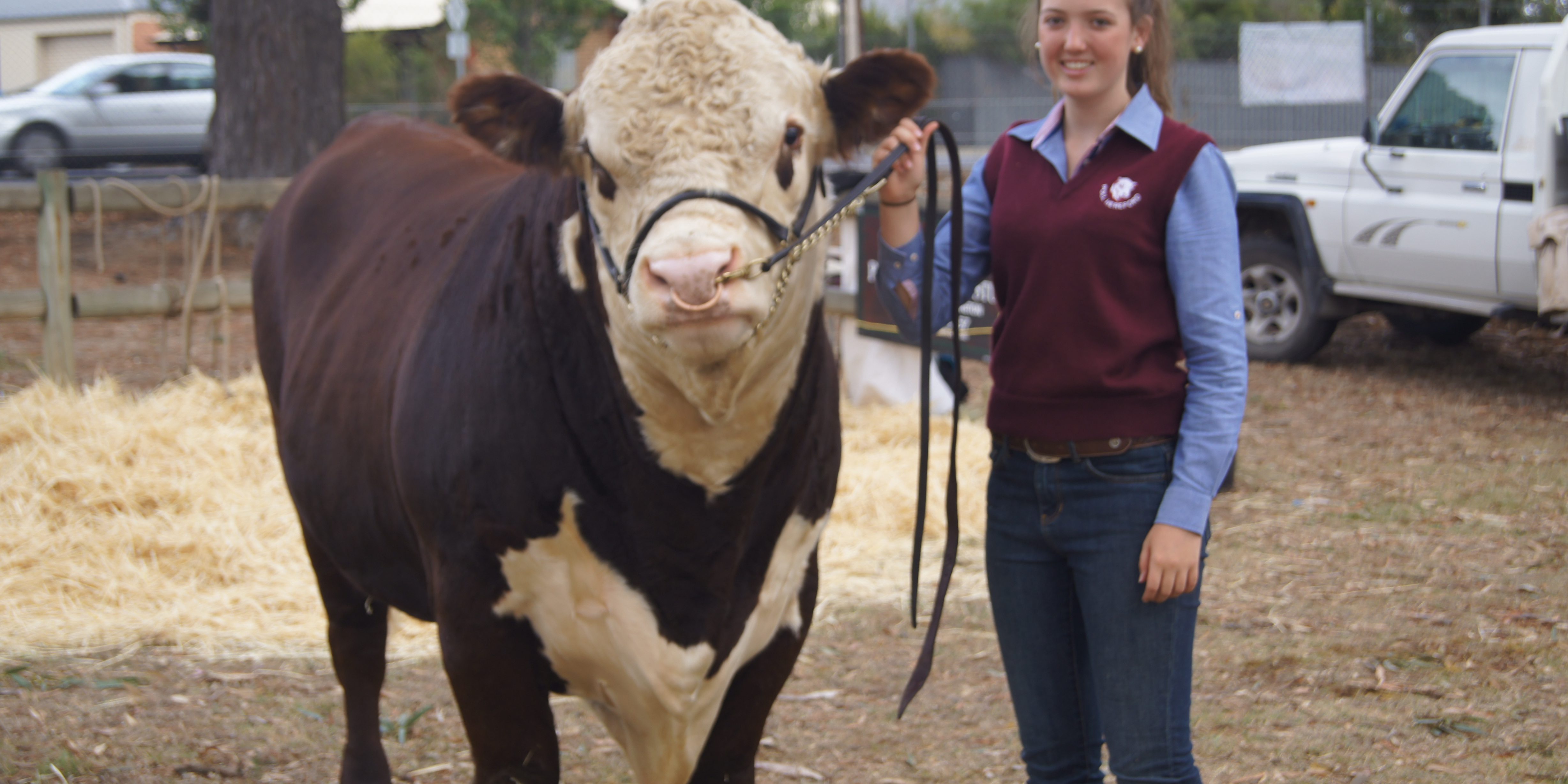 A young beef industry leader aspiring to make a difference has been announced as the winner of the prestigious CM Hocking Memorial Scholarship from Herefords Australia.

South Australian Courtney Lallard, of Macclesfield, will receive the scholarship bursary to undertake studies to benefit the Australian Hereford industry.

Courtney, 21, is studying a Bachelor of Animal Science (majoring in livestock production) at the University of New England, Armidale, NSW.

She plans to use the scholarship to fund a study tour and attend an international agribusiness conference in Argentina in June, 2018.

“I am looking forward to learning about the different beef production systems, including lotfeeding and grassfed, in Argentina,’’ Courtney said.

She already has two years experience in the lot feeding industry under her belt after working as a livestock hand at the Princess Royal Station feedlot at Burra, SA.

She graduated from a livestock hand/pen rider to administration, collating feedlot data including NLIS database and updating daily feed rations.

Courtney grew up in South Australia but developed a love for Herefords in western NSW where her grandparents run a Poll Hereford herd at Wilcannia.

During her secondary schooling at Urrbrae Agricultural High School, Courtney was captain of the cattle team.

While studying at university, she has maintained her links with the cattle industry with casual mustering work in western NSW, and helping Warragundi Beef show Hereford cattle regionally and at Sydney Royal.

Courtney has been impressed with the quiet temperament and adaptability of the Hereford breed.

“A Bachelor of Animal Science will give me the skills and knowledge to make a difference in the beef cattle industry, focusing on my appreciation for the Hereford breed,’’ she said.

“From the nutritional aspect of intensive production, along with breeding/genetic opportunities, the breed has an exciting future.’’

Courtney has a life goal of running commercial Hereford cattle and working in the feedlot industry in a management or consulting nutritionist capacity.

“Herefords are definitely one of the more popular breeds in feedlots with the benefit of a quiet temperament,’’ she said.

“Their calm nature made it easy for us as pen riders to work with them in the yards.

“They also have impressive weight gain and finishing ability – that’s why the feedlots keep purchasing them.

“In terms of production, lot feeding is a smart and efficient way of growing cattle and feeding the world – it is the way of the future.’’