A commercially underpinned sale sent the average to a record high at the Herefords Australia National Sale at Wodonga yesterday.

The sale was without the intense top prices witnessed at last year’s event, but the clearance and average increase told the story.

This year, a top price of $32,000 was settled three times. Burrawong Laconic (AI) (H) from Burrawong Hereford stud, Forbes, offered in the junior bulls, was knocked down for $32,000 to Tony and Barbara Holliss, Lotus Herefords, Glenn Innes.  Laconic, a rising two-year-old, weighed 978 kilograms, measured an eye muscle area (EMA) of 125 square centimetres and had a scrotal circumference of 42 centimetres. In the senior bulls section, the grand champion bull of the Wodonga Herefords Show the day prior, also made the $32,000 price tag. Lassoo L137 (H) was offered by Alvio Trovatello and family, Glendan Park Herefords, Kyneton, Victoria, and purchased by Tom Nixon of Devon Court stud at Drillham, Queensland.

Mr Nixon was the purchaser of last year’s $95,000 top priced bull, Minlicowie Jubilant J123 . Two-year-old Lassoo, described by judge Steve Crowley, Tycolah Poll Herefords, Cobbadah, as a bull that will put carcase in your cattle herd, weighed 1000 kilograms, had an EMA of 133sq cm and a scrotal circumference of 45cm.

Evolution, a 26-month-old bull weighing 1042kg, had a 138sq cm EMA, and 43cm scrotal circumference. Although the three highest prices were paid by fellow Hereford studs, this year saw a swing of commercial buyers paying upwards of $10,000 for a quality herd bull.

Sale chairman, Bill Kee, Warringa Hereford stud, Yarram Vic, was happy to see the increase of commercial interest at this year’s event.“We didn’t have the outstanding prices that we saw last year, but the clearance and average increase was fantastic,” he said.

“There was tremendous commercial interest, and it is great to see them paying higher prices for the bulls.

“I suspect this is a result of the current market forces. They can afford to pay more money for better bulls and they are out there doing it.

“In my view, what this will do, as time goes on, will produce better cattle because they are paying higher prices for better bulls to take back to their herds to breed. The flow-on effect of this will be they will start producing better cattle, which will return more for them in the long-term.”

He said as a breed and as a beef industry a result like this is what they want.

“We want the commercial buyers to come and have the confidence to spend the good money on good bulls,” he said. 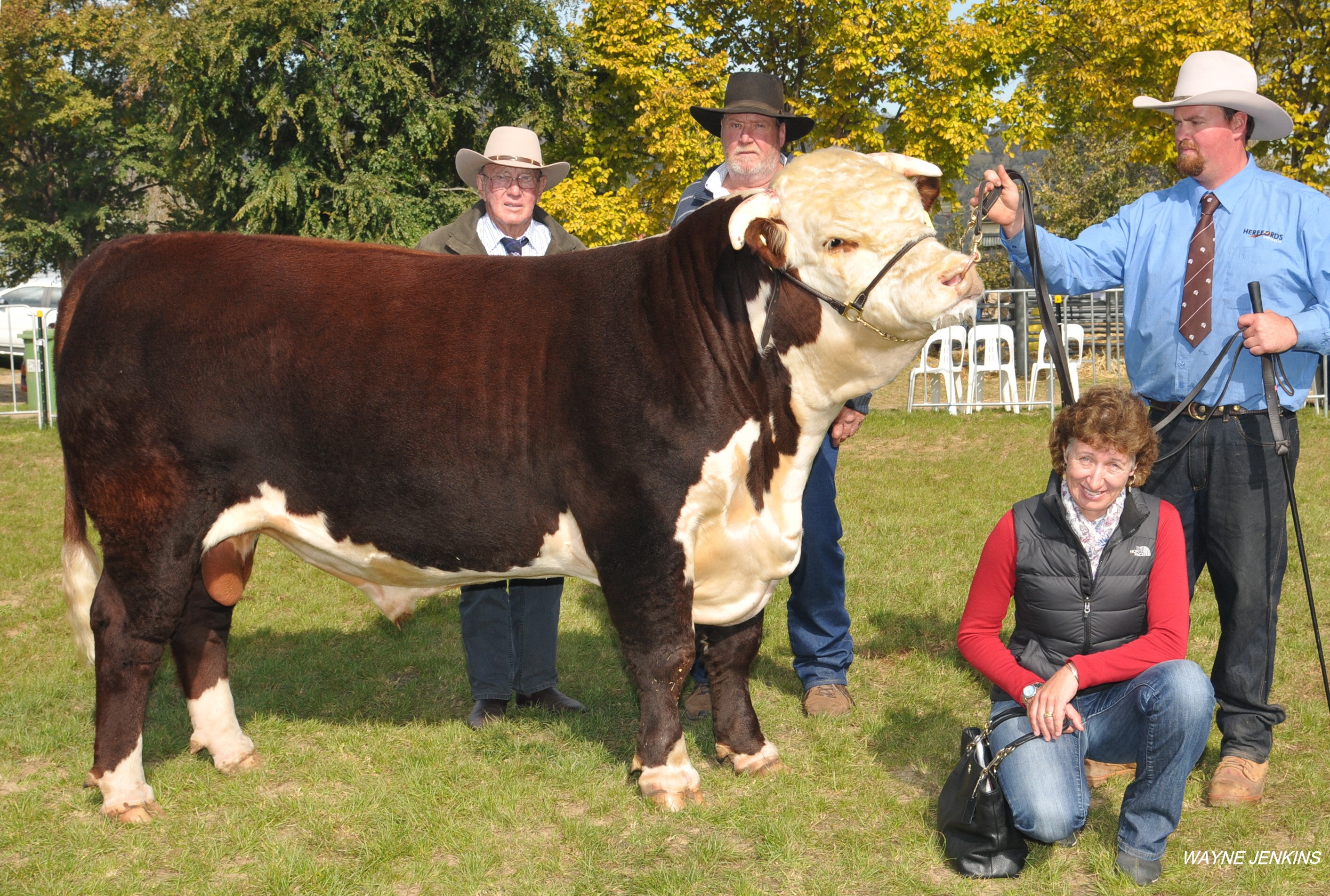 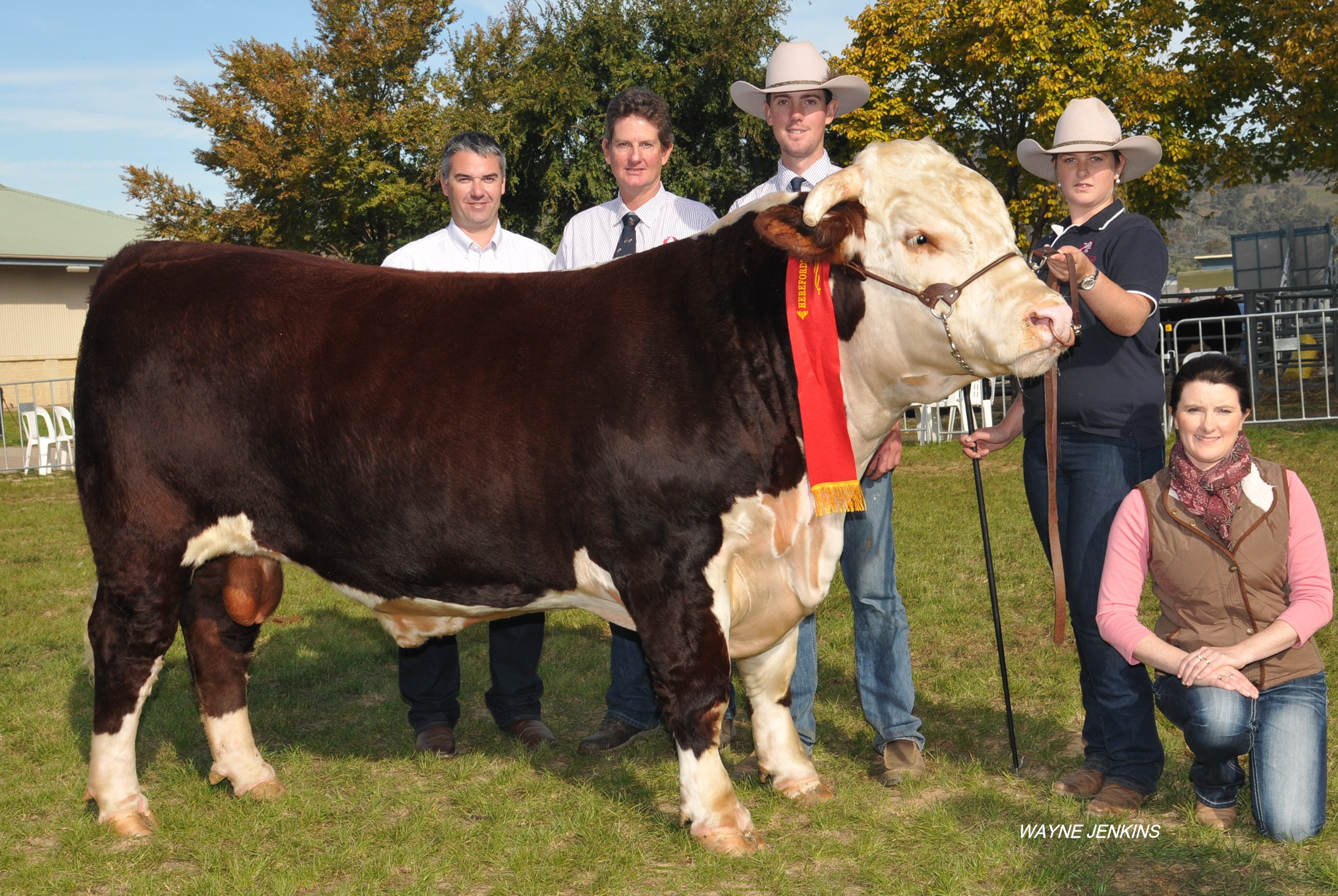 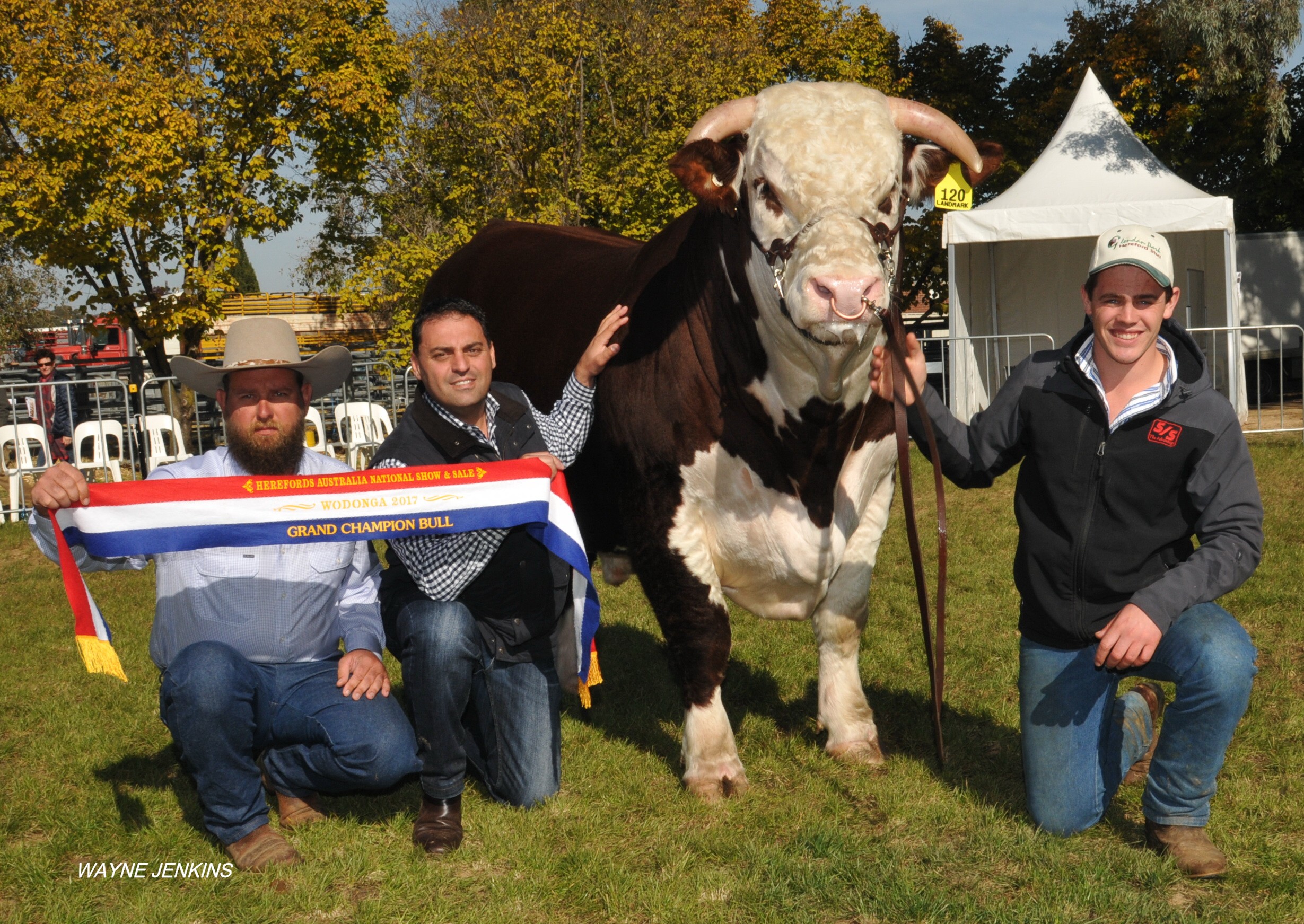