Steer finishers, backgrounders and processors converged on the Victorian high country on Tuesday to bid to $1570 for whiteface cattle at the circuit opener, the Benambra Calf Sale.

Selling agents Sharp and Fullgrabe yarded 1800 yearling and weaner Hereford, Hereford cross and Angus steers and heifers for the March 14 sale at the Hinnomunjie yards.

The overall run of Hereford yearling and weaner steers topped at $1385 and sold down to $840.

Mr Fullgrabe said restockers competed strongly on the heifers, with vendors lifting their overall averages by $240-$250.

“You could see the value in the older cattle but once you got onto the second and third runs, the steers and heifers sold very well,’’ he said.

“Ian Lester and Doug Collins, from King Island, bought cattle and we will rest them here until Thursday.

“It was wonderful to see pastoral firms, feedlots and supermarkets here.’’

Mr Fullgrabe said orders from Dalby, Queensland, went unfilled due to the high prices combined with a $70-$80 freight component.

“Our cattle were making what the cattle are making in Wodonga and Wagga, so we are up there with it,’’ he said.

“This gives clients confidence to buy replacement bulls and that gets them into a better quality beast.

Mr Wellsmore said the pen was even with the Soutter offering consistent through the seconds and thirds.

“We were looking for cattle suitable for finishing to heavy weights off grass at milk to two teeth,’’ he said.

“Our steers topped at $1140 last year so anything over that was a bonus,’’ Mr Soutter said.

“The price was excellent – the market is being driven by drying feed and a shortage of numbers.’’

Topping the sale overall was Jim Pendergast, Penderscourt, Hinnomunjie, with his pen of 16 Hereford and Hereford-Shorthorn cross steers selling for $1570 to repeat buyer Paul Pendergast, Benambra.

The January-February drop steers were weaned in November and were Yavenvale and Rosstulla blood.

Jim listed a green weight for the steers of 464kg to give an estimated curfewed selling price of 356c/kg.

“My seconds are 10-12kg heavier this year – Herefords do well in this country and I use low birthweight bulls so there is no trouble calving,’’ he said.

“We have bought 92 steers to be fattened on irrigation and 84 heifers to be joined,’’ Mr Hill said.

Tom Johnston, Omeo, was pleased to top at $1280 for his Banemore and Nunniong blood steer weaners.

Steer finisher Paul Pendergast, Benambra, snapped up the opening pen for $1570 after selling steers he bought for $1290 from Jim Pendergast sold over the hooks to JBS Australia to $2500. 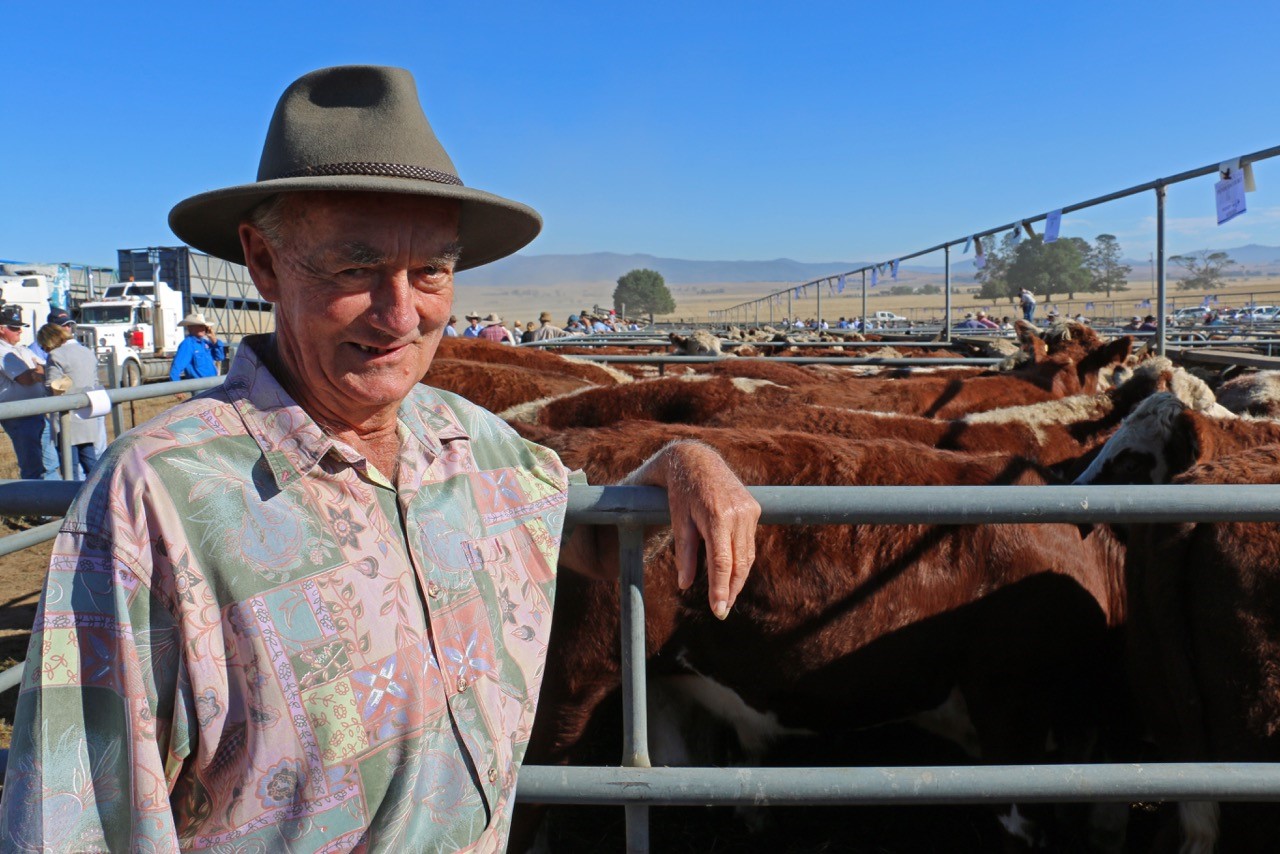 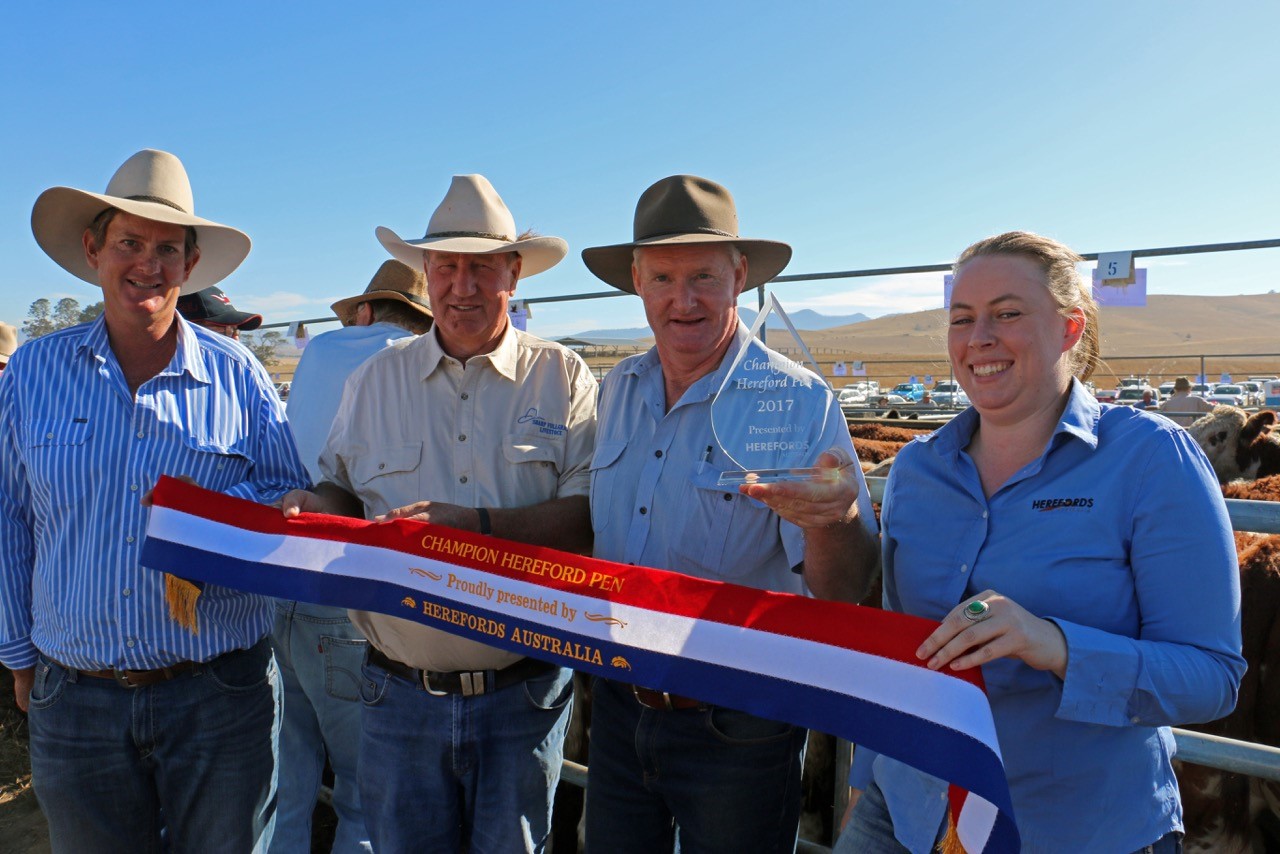 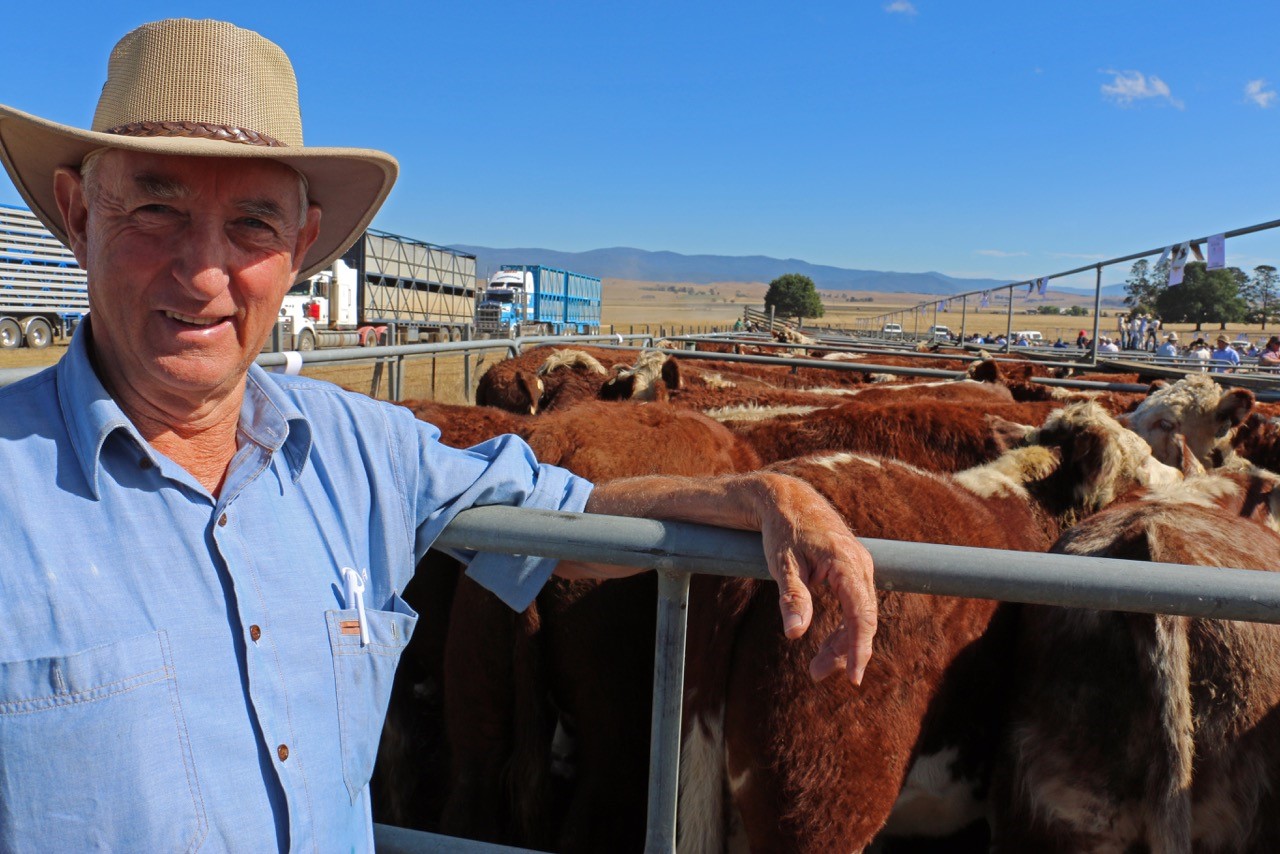 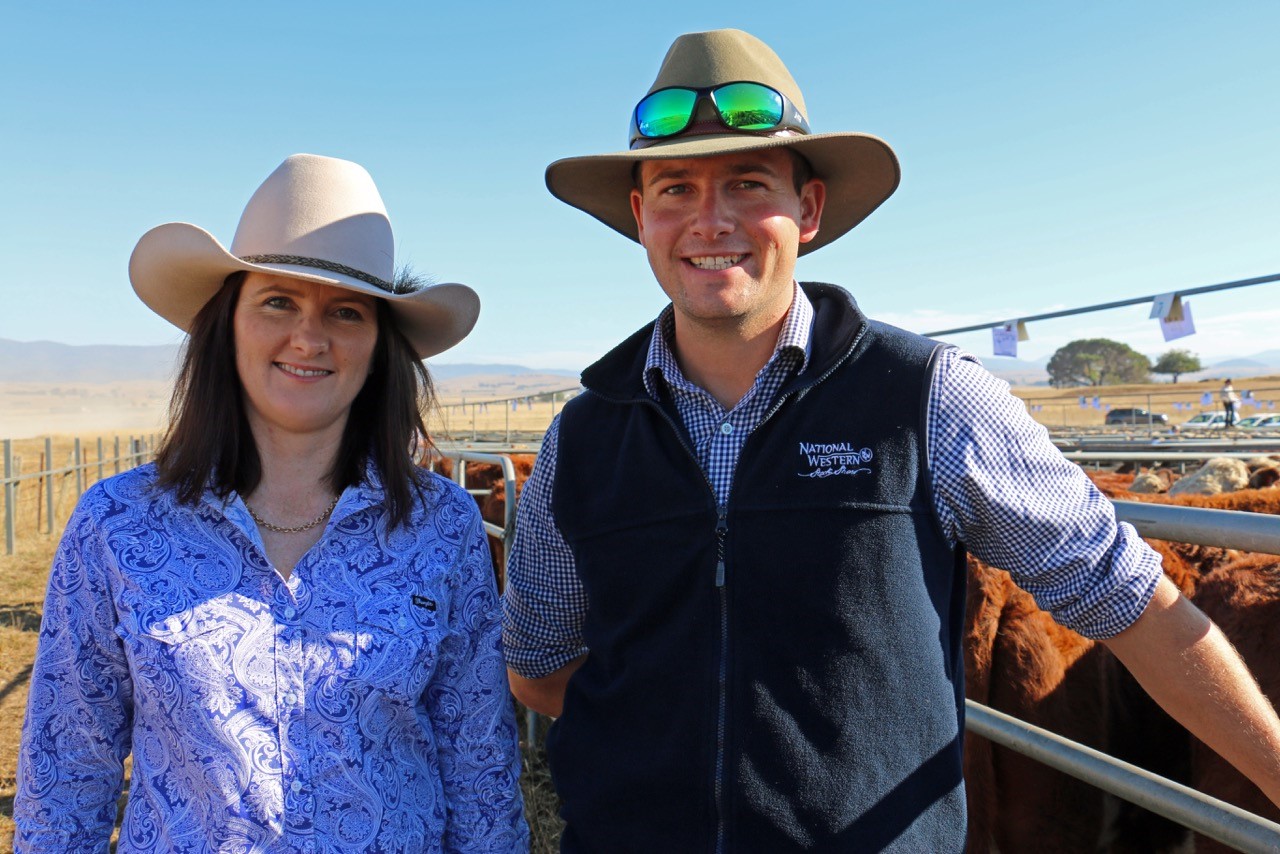 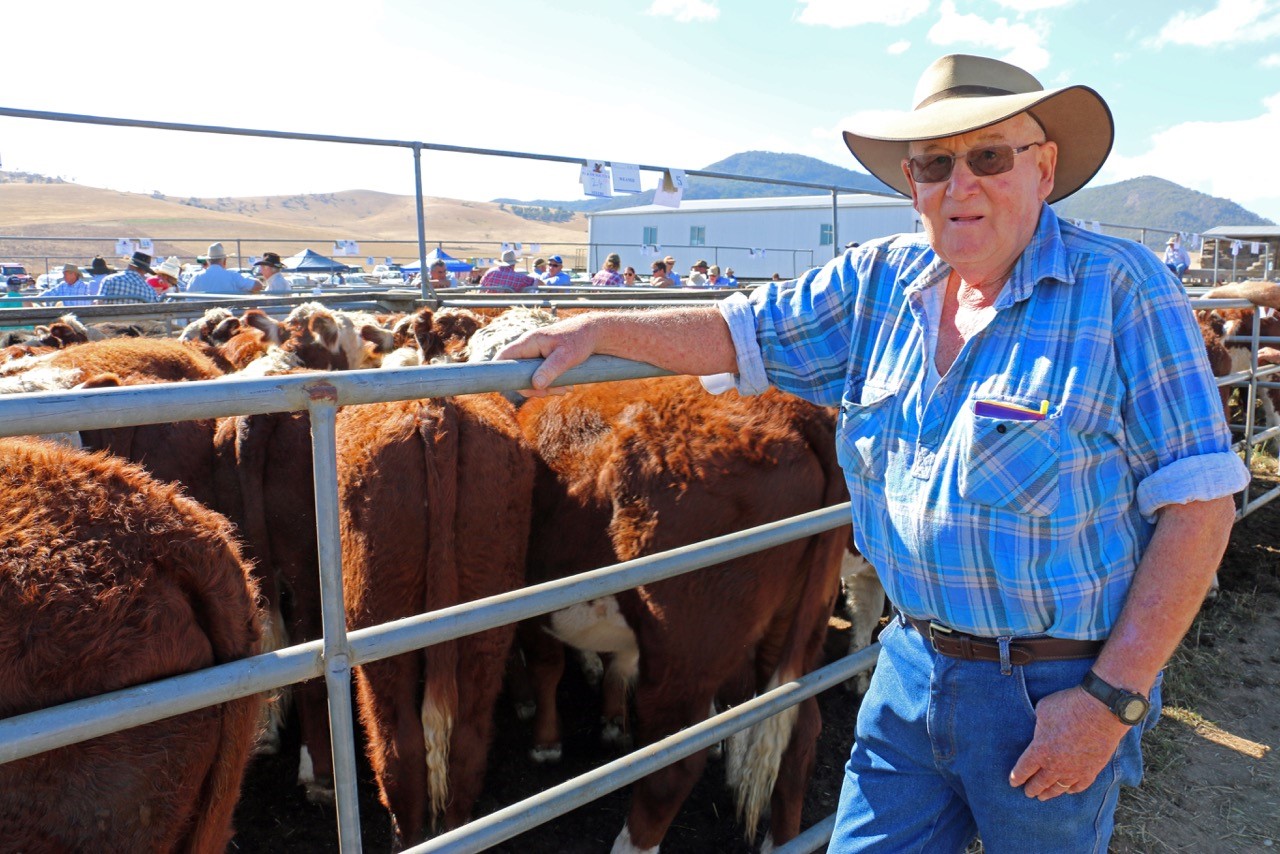 Tom Johnston, Benambra, sold a pen of 24 Hereford steers for $1280 at the Benambra Calf Sale. 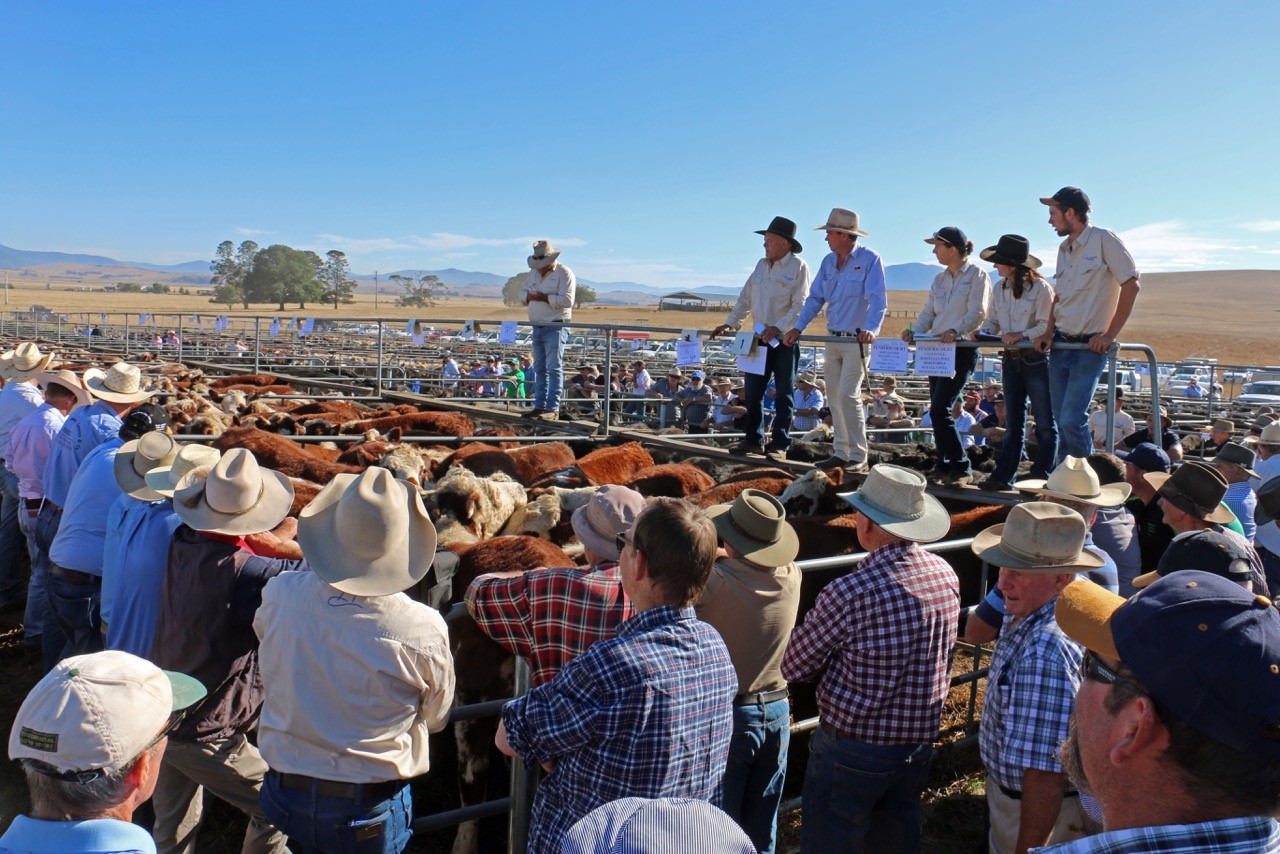 One of the biggest crowds seen for years at the Benambra Calf Sale bid up to $1570 for steers and to $1050 for whiteface heifers. 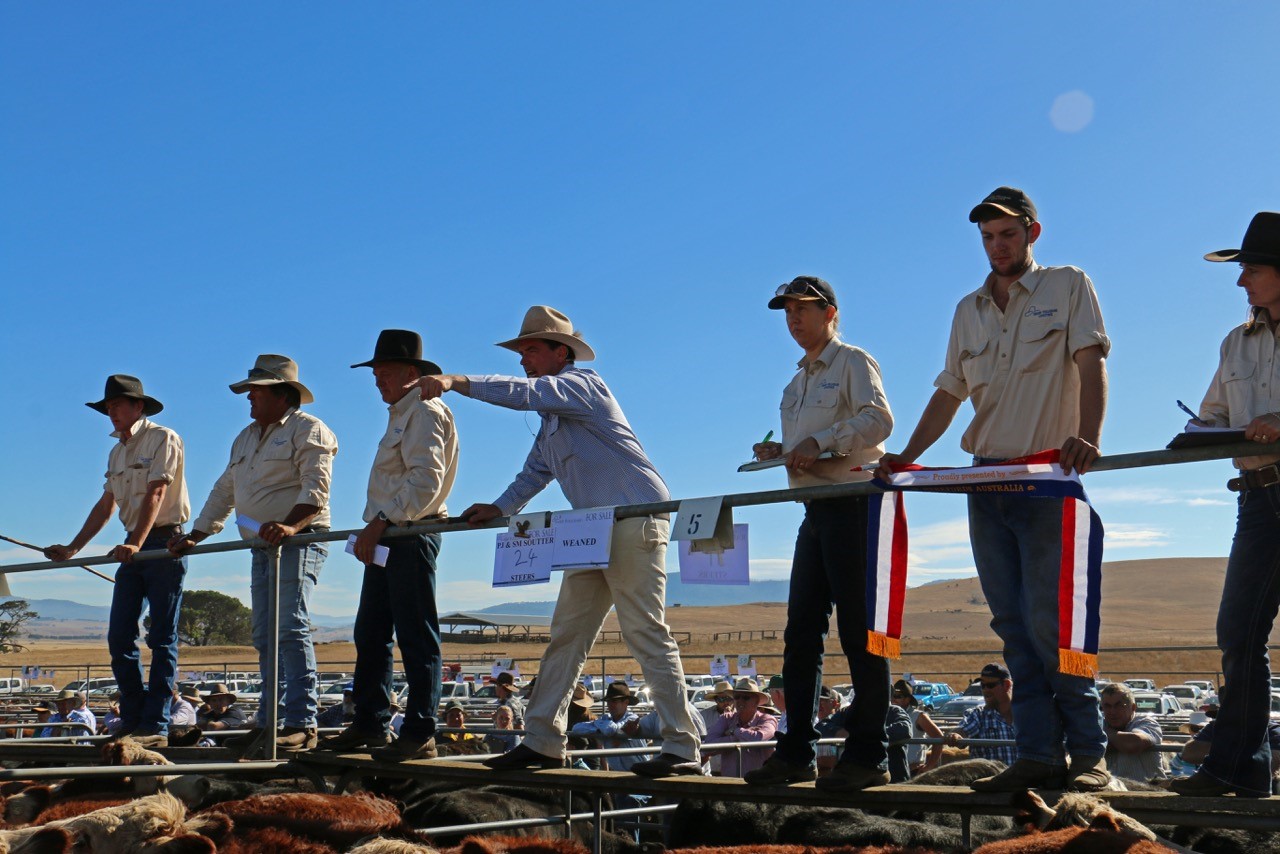 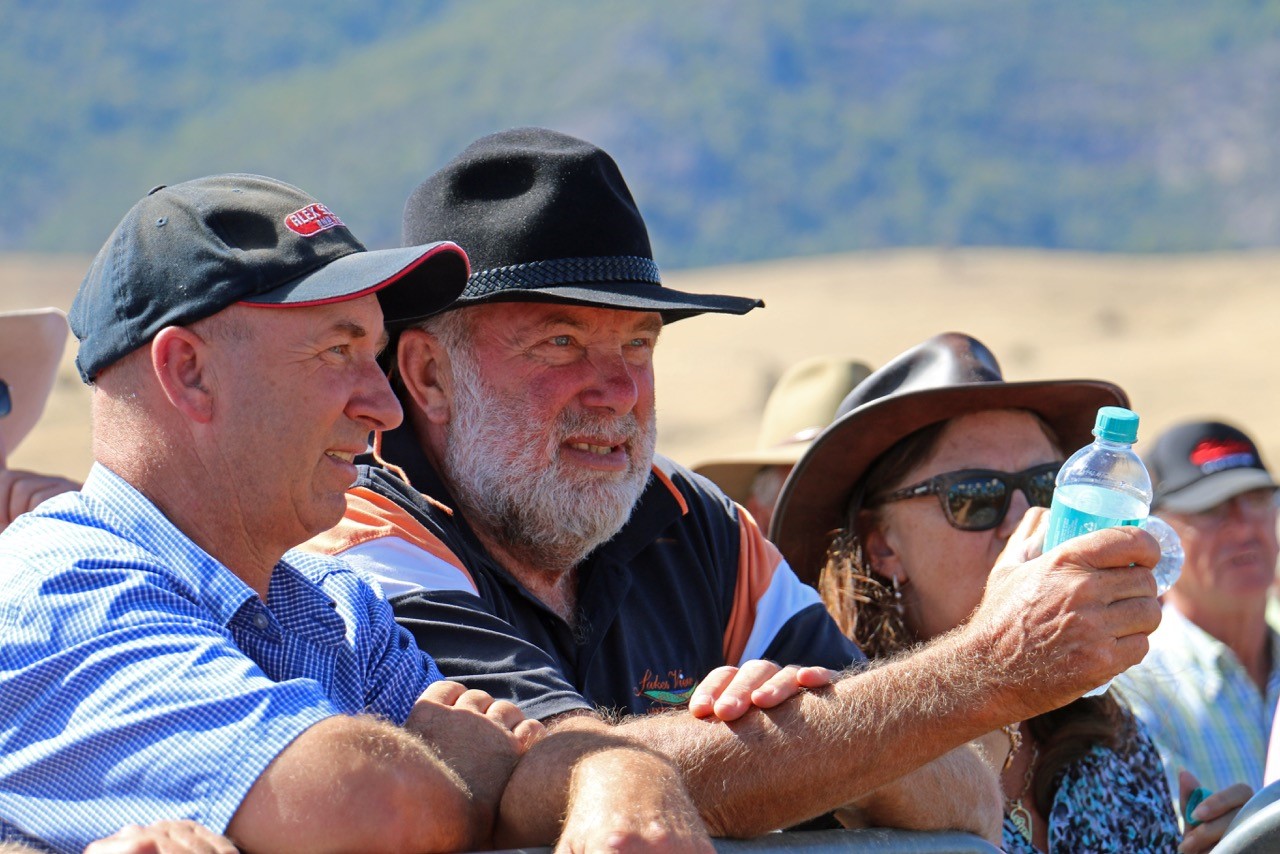 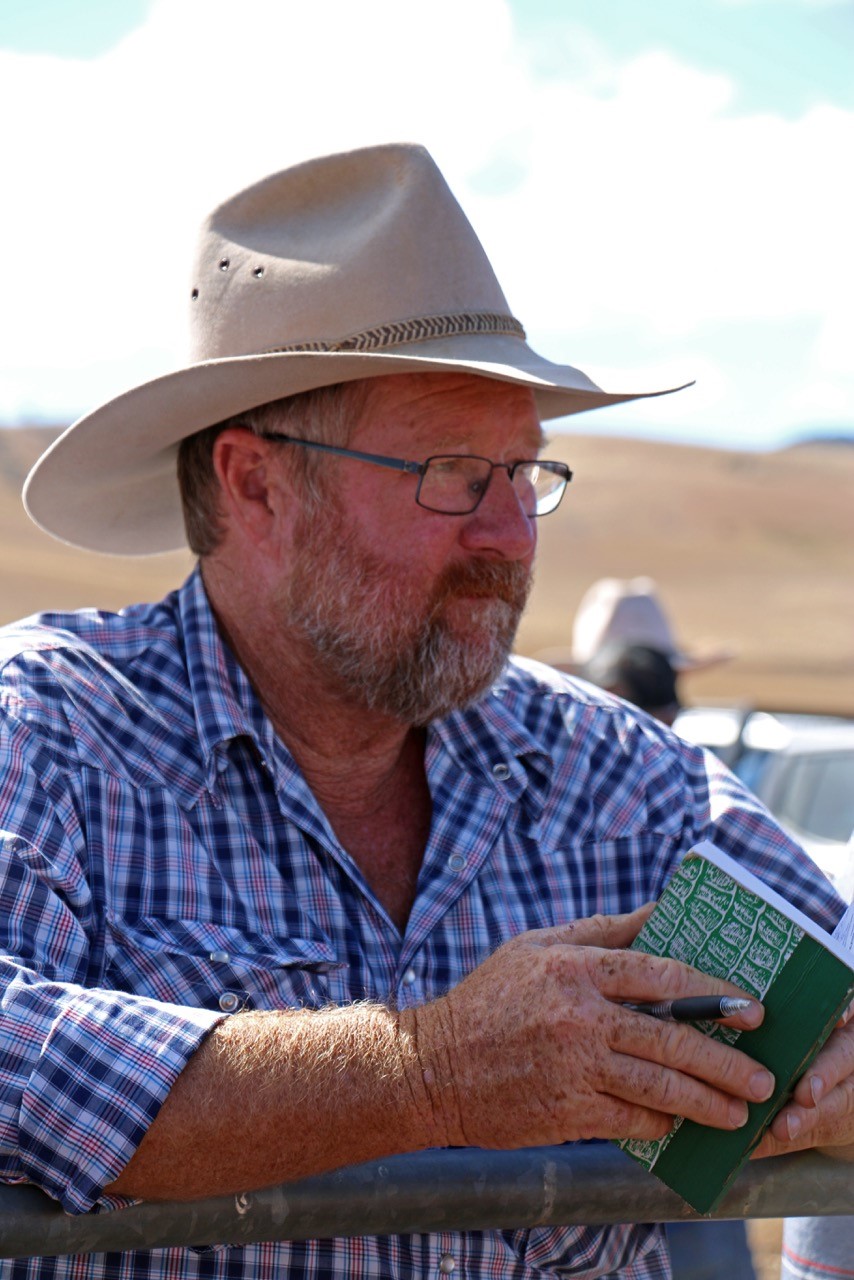 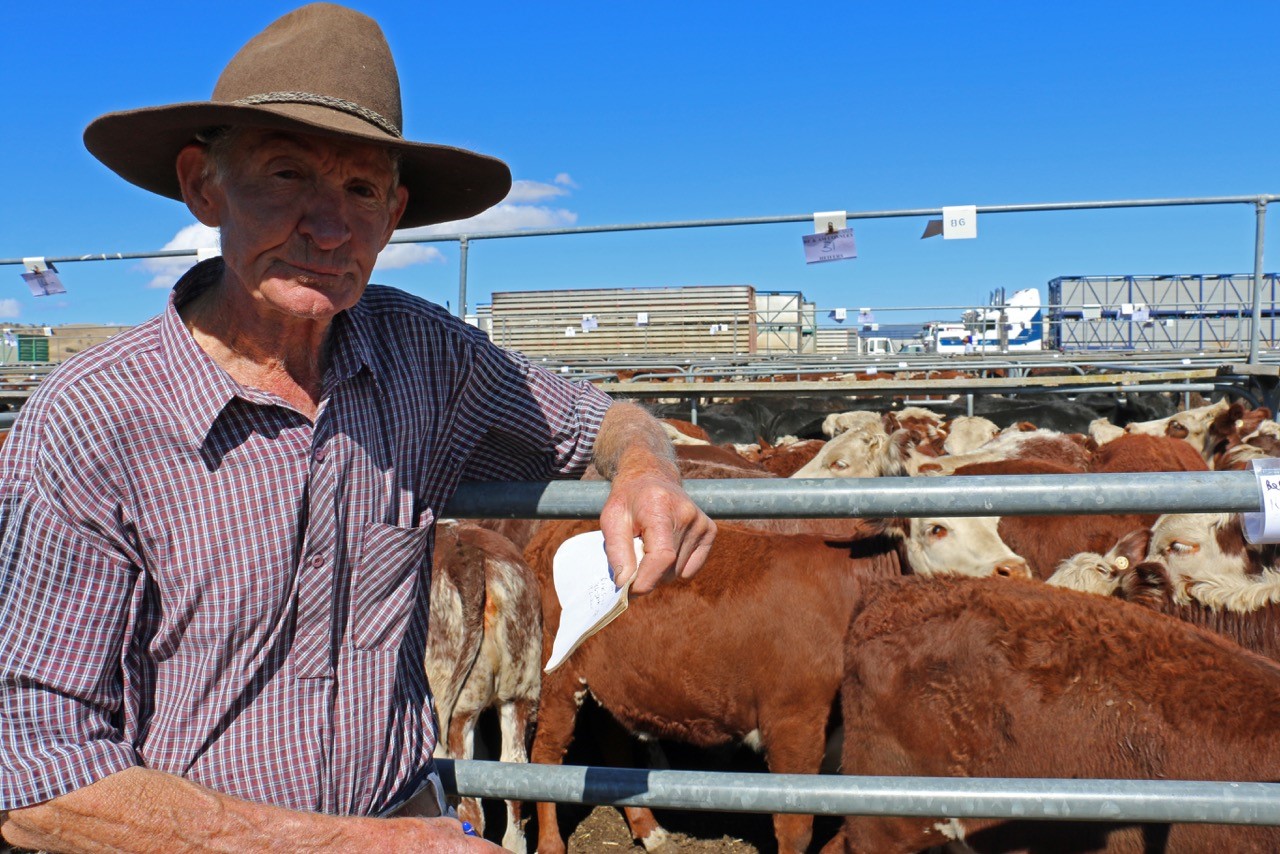 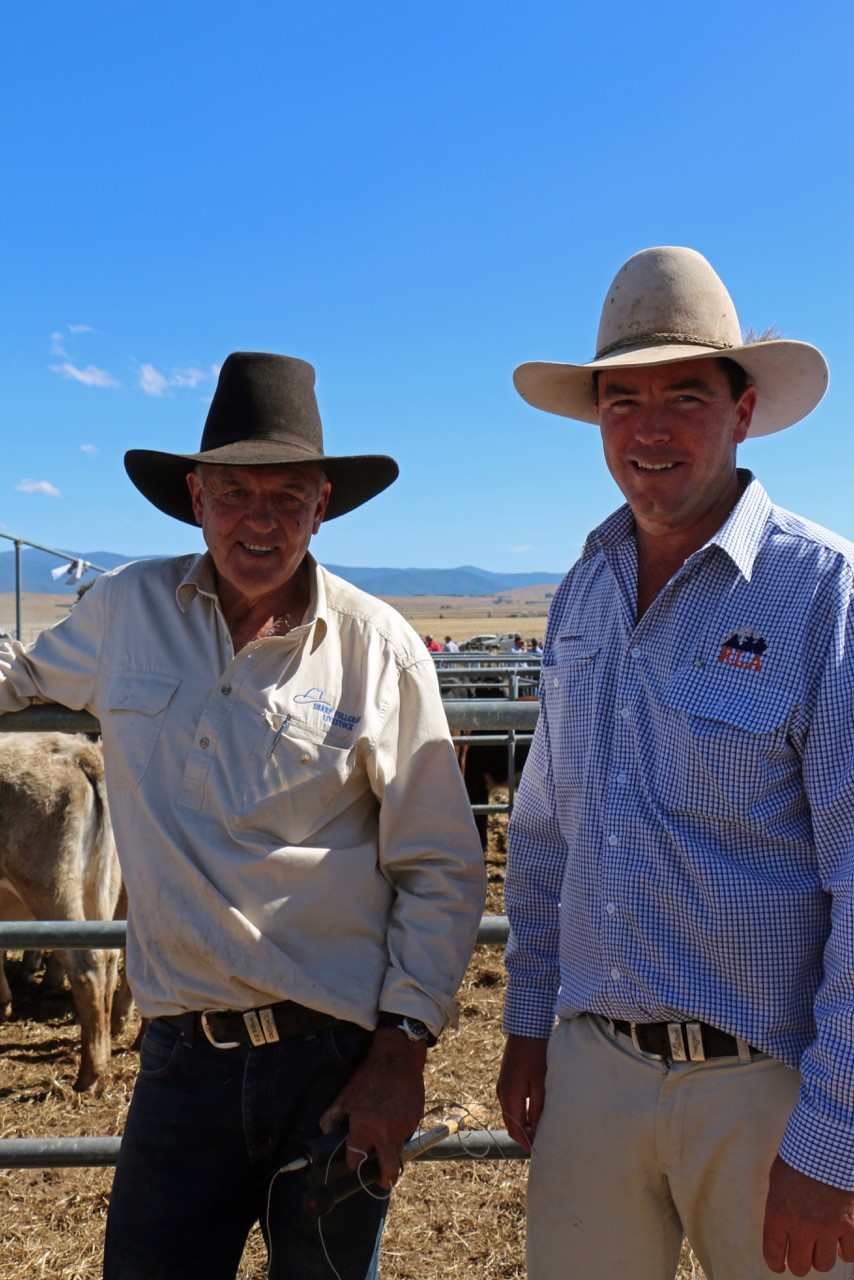