Hereford vendors pocketed an extra $100 a head for their steers above other British breeds in a record breaking 77th annual Mountain Calf Sales this week.

New record top whiteface steer prices were set at each of the yards, peaking at Omeo at $1710.

With vendors quoting a lift in their individual averages by $200-$300, new genetics, fertiliser and capital infrastructure ranked highly on their shopping lists.

But, a shortage of cattle combined with the low Australian dollar and a strong prime market resulted in a windfall for the Victorian high country producers at the two-day event.

The majority of cattle sold to Gippsland, Victoria’s western districts and north-east, King Island, South Australia and the Riverina.

Typical of those was Benambra’s Paul Pendergast, who had just sold the calves he bought at Benambra last year for $1290 over the hooks to $2500.

He was quick to reinvest, buying the opening pens at the Benambra sales for $1570 and $1550 to grass finish over winter.

The whiteface offering hit its peak when 1288 Hereford and Hereford cross steers and heifers were sold at Ensay on March 15 for an overall average of $1211.

This outpaced the steer average at the Omeo Angus sale on March 14 by $99 and the overall sale average by a stellar $124.

Jim Pendergast, Penderscourt, Hinnomunjie, listed a green weight for this top pen of January-February drop steers at 464kg at the Benambra Calf Sale.

Barry Newcomen, Ensay, weighed a sample of the tops of the draft at the Ensay Weaner Sale to average 415kg. The pen sold for $1590 to return 383c/kg.

The majority of calves had been weaned early this year due to dry seasonal conditions and either supplemented or run on river flats.

Although buyers remarked on the lack of bloom, vendors generally agreed liveweights were around 10kg heavier this year.

And, they were rewarded with backgrounders, lot feeders, steer finishers, processors and restockers paying 400c/kg and above for the middle runs. 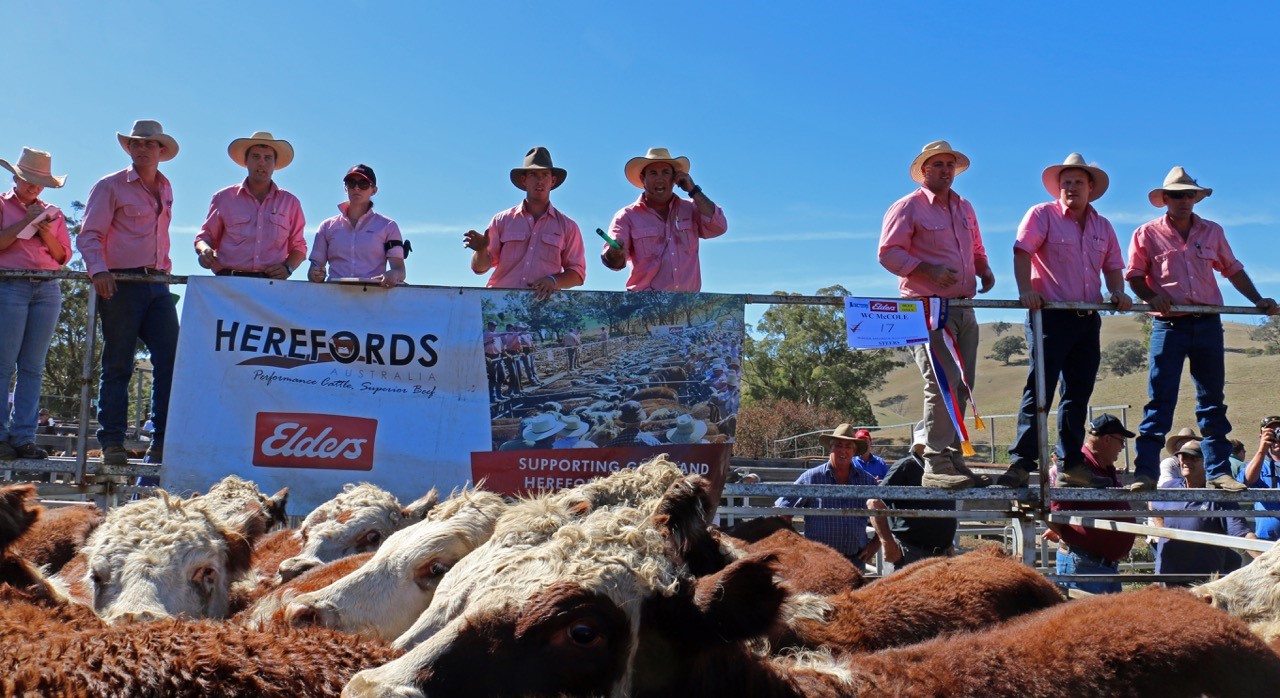 Whiteface cattle tracked above other British breeds by an overall
average of $124 during the 77th Annual Mountain Calf Sales.