Three whiteface seedstock herds have made the top 10 finalists of the 2017 RASV Heifer Challenge.

It was judged by industry consultant Alex McDonald during the 2017 Victorian Beef Week field days on January 27 to February 4.

With $4500 in prizemoney up for grabs, the champion and reserve champion teams will be announced tonight, February 7, at the Beef Week celebratory dinner in Bendigo.

The heifer challenge team at Yavenvale, the reserve champion winner in 2013, was selected from 180 spring 2015-drop females joined to low birthweight bulls.

“Some are flush sisters to our sale bulls,’’ Yavenvale co-principal James Pearce said.

He said the heifer challenged added to the display of dry autumn calving cows.

“It gives us a chance to go through our autumn calving heifers and pick out the most even group.

“They are sisters to the sale bulls so are a good point of reference and it adds another element to the day.’’

Although judging was not based on BREEDPLAN estimated breeding values (EBVs), Yavenvale included the objective data for visitors.

He said the mood was positive for the forthcoming bull sales on the back of a strong cattle market and seasonal conditions.

“With people being rewarded in the market place, they are more eager to sort through the bulls to find the bloodlines they can continue with.

“The vibe in the industry at present is good…it surprised me how quickly people were willing to undertake debt reduction, pasture improvements and introduce new genetics.’’

David Jenkin, Banemore, entered a team of rising two-year-old heifers due to calve from April 1 to low birthweight bulls for judging.

He said Banemore blood calves had figured in the autumn calf sales from Yea to Mt Gambier, with commercial producers chasing increased yield and the breed’s renowned temperament.

“The field days are a good marketing tool but I’m erring on the conservative side when it comes to bull sale (predictions),’’ he said.

“People are confident and happy with the weaner prices they received but it will be interesting to see how that translates into bull sales as there is not a huge number of females out there,’’ he said.

“We sold two at $6000 in the first 15 minutes, it was bloody hectic in the yards for the first half an hour.

“Commercial clients are all hopeful the good prices continue – everyone is considering debt reduction,’’ Bill said.

“We bought four loads of hay for insurance while fodder is cheap and we are cashed up.’’

Upper Murray Hereford breeders Andrew and Serena Klippel reported a doubling of visitor numbers to over 70 at their Sugarloaf Creek stud.

Mr Klippel said commercial producers were after muscle, thickness and structural soundness in their bull purchases.

“We have had rain and it should be a good market at the mountain calf sales as everyone has got feed.’’

Mr Hore said producers targeting the weaner and vealer markets were after weight for age and adequate fat cover.

“Ideally, bull breeders should follow their own carcase data through and adjust the genetics accordingly,’’ he said.

“That being said, I place more importance on a cow being able to carry herself through hard times.’’

Mr Hore, who outlaid $44,000 for a new stud sire last year, said the record prices seen in 2016 for top end stud sires could be repeated this year.

In the commercial market, he is anticipating a price correction.

“I would be surprised if the market goes backwards but the weaner calves are getting more expensive and at some point it will level off as buyers become cautious,’’ he said.

“I would rather see the market level off in the interests of being sustainable for everyone.’’

Gippsland Hereford Group provided a $1000 draw for Beef Week visitors, with the winner to receive a voucher redeemable at the participating studs of Mawarra, Mundook, Newcomen, Nunniong, Warringa, Tarwin and Glen Goulburn.

The winner will be drawn at the Group’s next meeting. 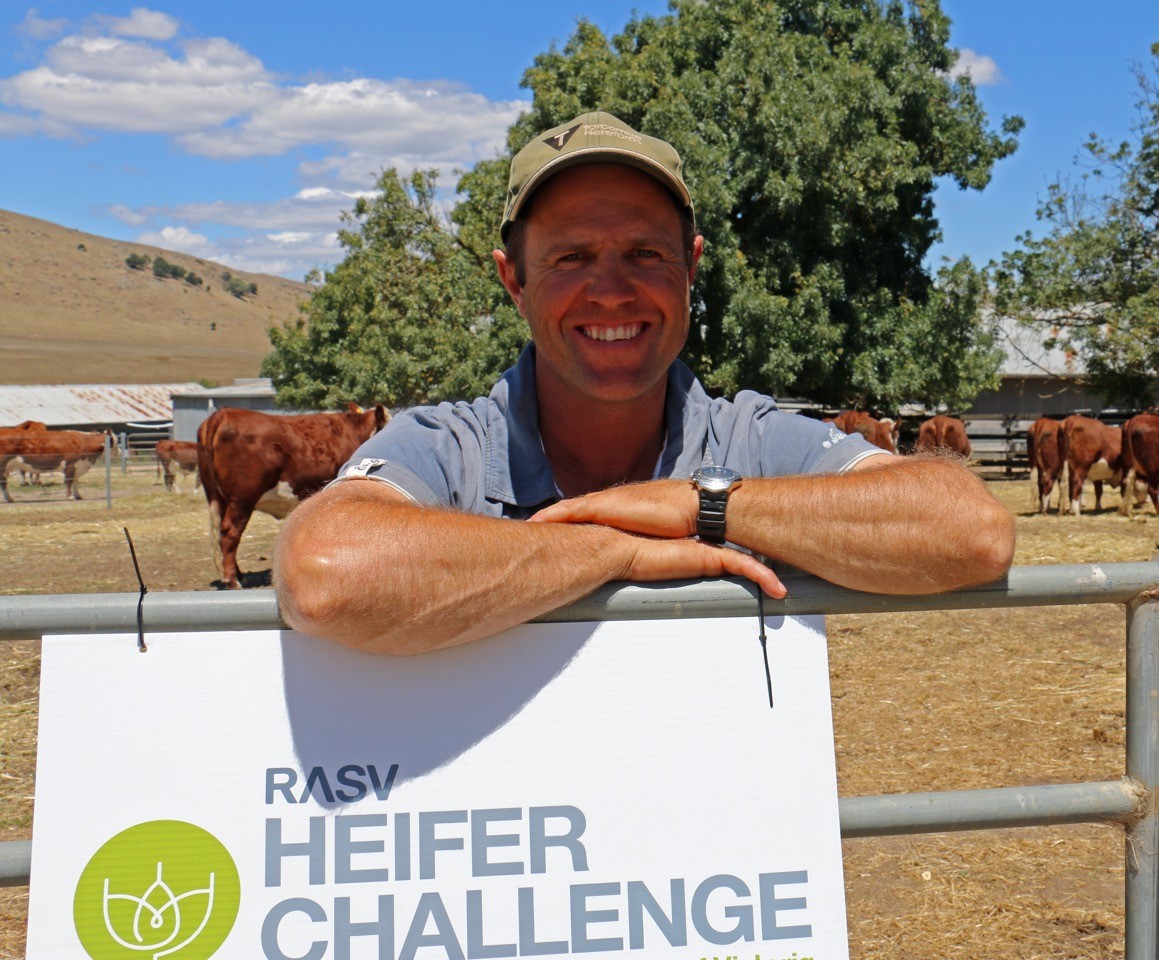