HEREFORD YOUTH PARADE THEIR HANDLING SKILLS AND ENTHUSIASM AT INVERELL

A young cattle breeder with a strong interest in fostering Hereford youth has won the prestigious Most Potential Cattle Breeder award at the 2017 Herefords Northern NSW Youth Show.

Held at Inverell on January 5-8, the event drew 108 young cattle handlers, aged from seven to 24 years, from Queensland, NSW and Victoria, and 130 cattle.

The 23-year-old intends to pursue a career in rural nursing while maintaining an active interest in cattle breeding through her Myanbah Grazing Company.

She enjoys learning about genetics, crossbreeding, nutrition and the end markets.

A Hereford Youth member for five years, Miss Bonnici said the enthusiasm and passion for Herefords by youth was one of the breed’s strongest assets.

“After all, they are our future breeders and they need to be given encouragement,’’ she said.

Miss Bonnici showed a team of seven heifers for Eathorpe Poll Herefords and her own Myanbah Whiteface stud at the youth show, plus broke in the Yalgoo heifer.

“I purchased five semen straws at the youth auction in Days Elaborate – I was really impressed with the bull’s figures, completeness and moderate frame.’’

Miss Bonnici has assisted with AI and ET programs but plans to undertake training in bovine artificial insemination.

Herefords Northern NSW secretary Emily Rabone said the show was designed to give young people an opportunity to build their knowledge and understanding of the beef industry.

Miss Rabone said activities catered for all age groups and experience levels, with a strong focus on age appropriate demonstrations.

In the major awards, Will Vivers, Inverell, took out the New England Club Member of the Year, and Sophie Cooper, Bithramere, NSW, won the Will Tanner Memorial trophy.

Overjudges were Tim Bayliss, Armidale, for the junior judging, Chad Williamson, Guyra, for the paraders and Mark Newell, Hunter Lakes, in the cattle ring. 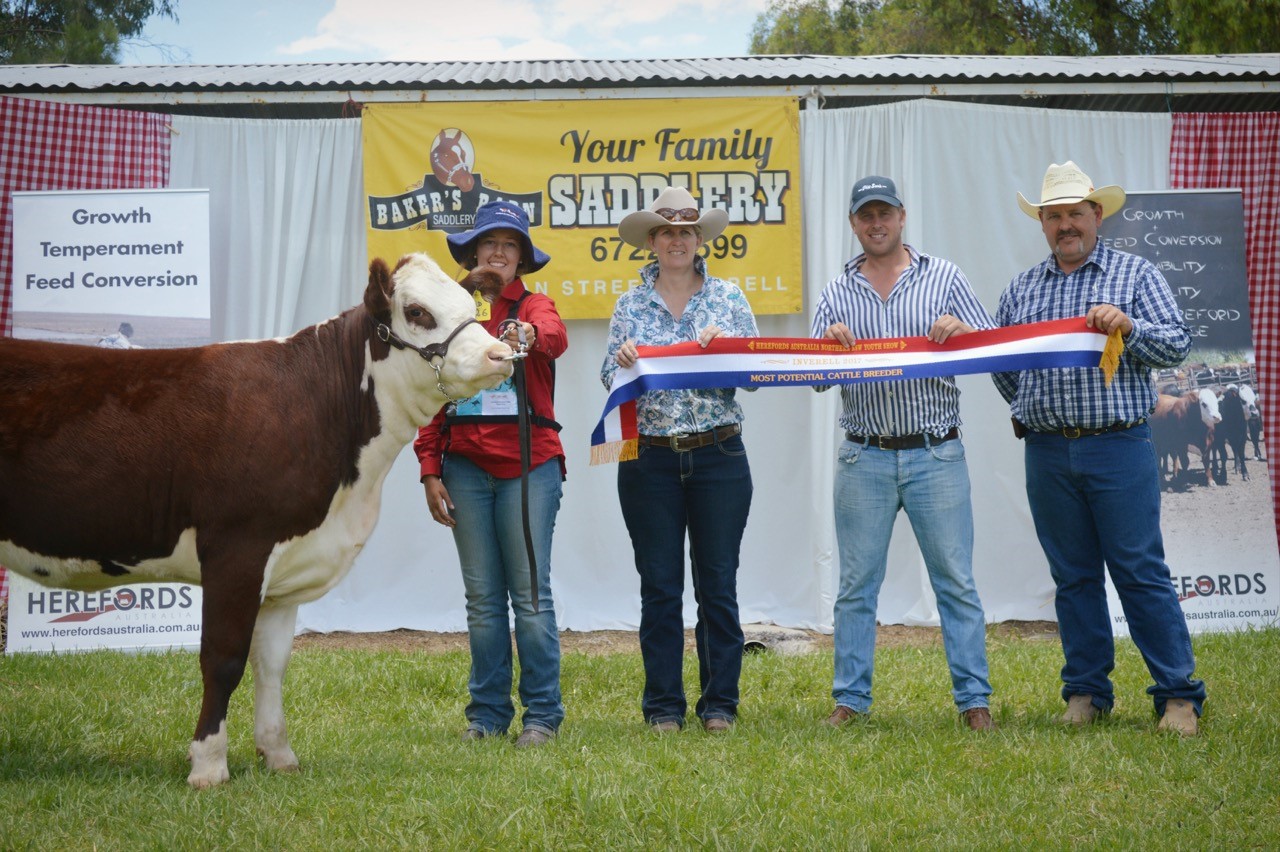 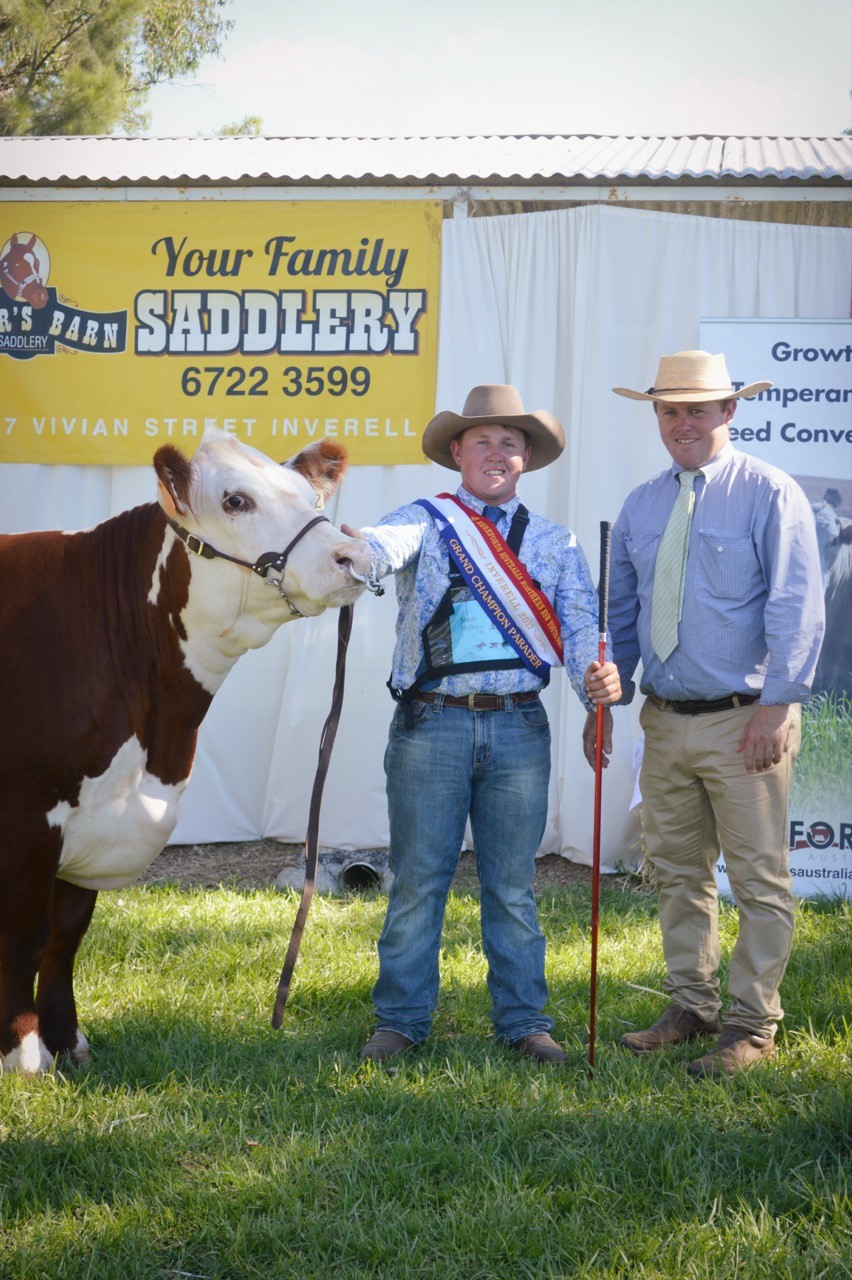 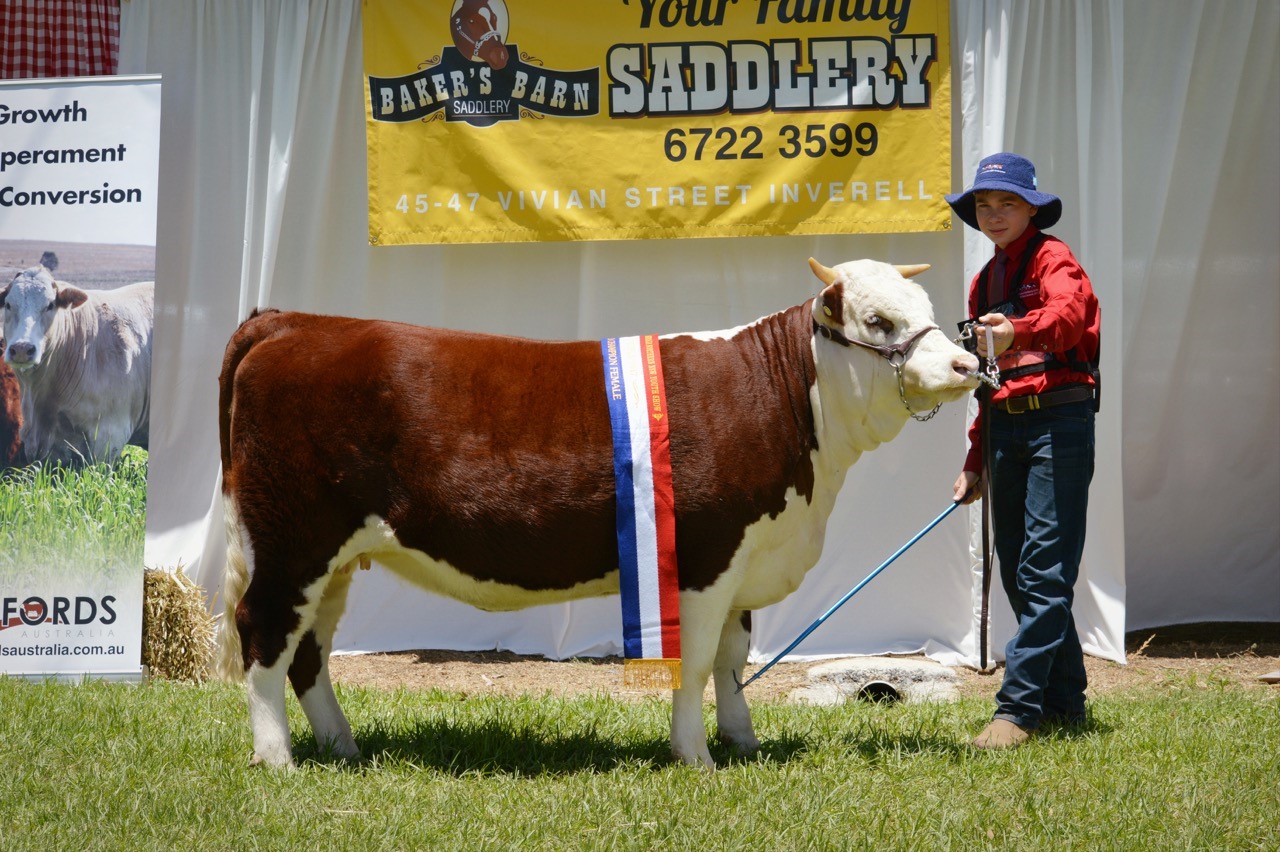