Western District Feature Sales Wind Up With Whiteface To $1394

The run of heifer weaner sales in Victoria’s Western Districts wound up on Thursday with restockers and lot feeders paying to a top of $1394 for whiteface cattle.

Vendors were lift smiling as their averages rose by more than 100c/kg on last year on their top and secondary pens.

Bernie Grant, LMB Linke, Hamilton, was active on the restocker lines on behalf of Yarram Park Hereford’s Western District Pastoral, which is building its commercial herd in South Australia.

Sandy Camp’s Black Baldy heifers, 367kg and EU accredited, topped the whiteface offering on a dollars per head basis at $1394 or 380c/kg.

Gordon, Jane and Owen McClure, “Beerik’’, Coleraine, rang the bell on a cents per kilogram basis with a run of 30 Yarram Park, Melville and Injemira blood heifers, 297kg and EU accredited, making 408c/kg or $1212.

Gordon McClure described the sale as “excellent with a big tick on the end’’ as the family’s top price rose by 118c/kg on 2016.

“The weights were similar but prices up 110c/kg, and the heifers sold as breeders.’’

The family recently sold a Melville Park blood Hereford bull with the impressive liveweight of 1435kg to return 269c/kg or $3860 through the Hamilton prime market.

Geoff and Di Notman, Skipton, sold their final pen of heifers at Hamilton after dispersing their Mt Widderin commercial herd.

Mr Notman described the final sale as an “empty feeling’’ after breeding Herefords since 1980.

“We have made a lot of friends through the cattle and all are saying today do come back to visit the sales.

“We have won the best presented pen seven times out of nine years here.

“And, we are going out on the highest heifer prices we have ever known so it was a great finale.’’

“There is incredible interest in females at the moment,’’ Mr Notman said.

The couple plan to retire at Invermay, near Ballarat. 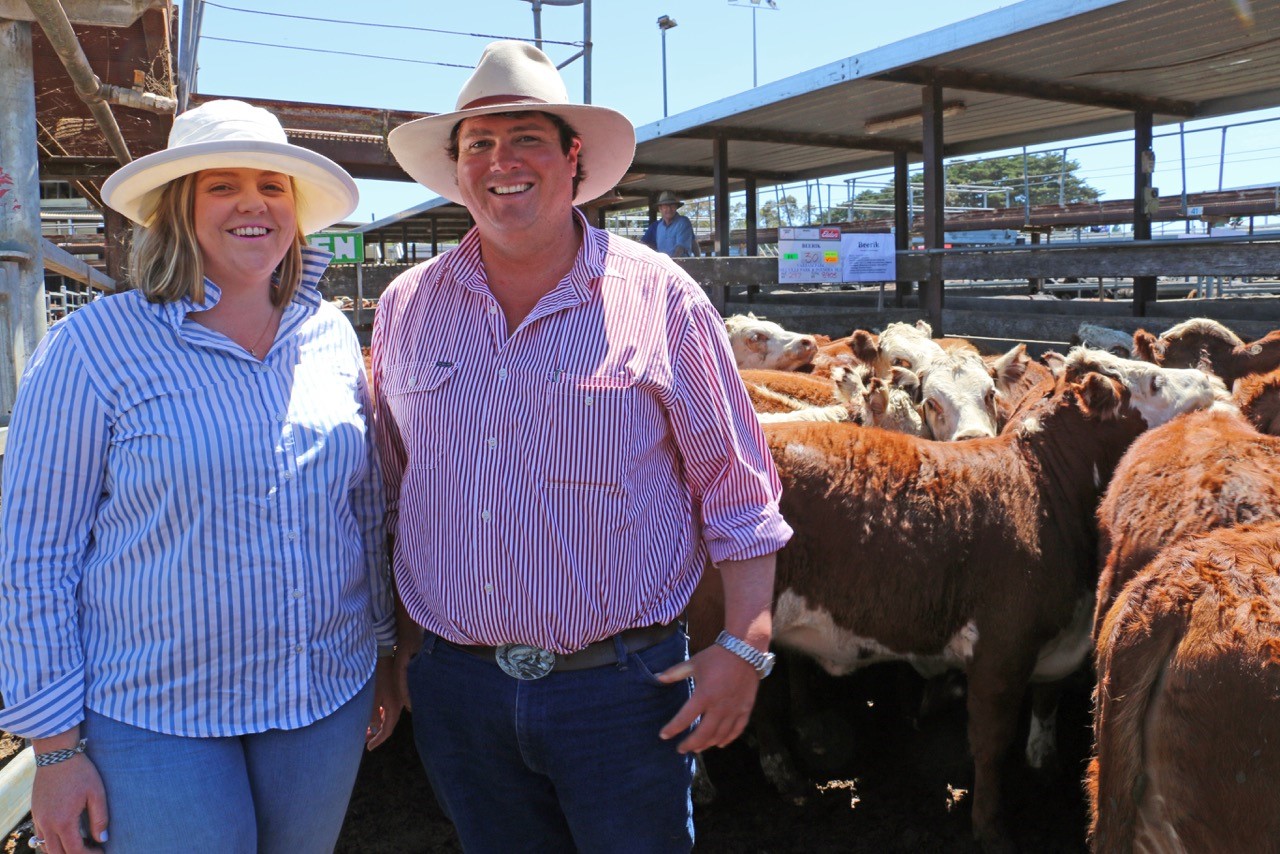 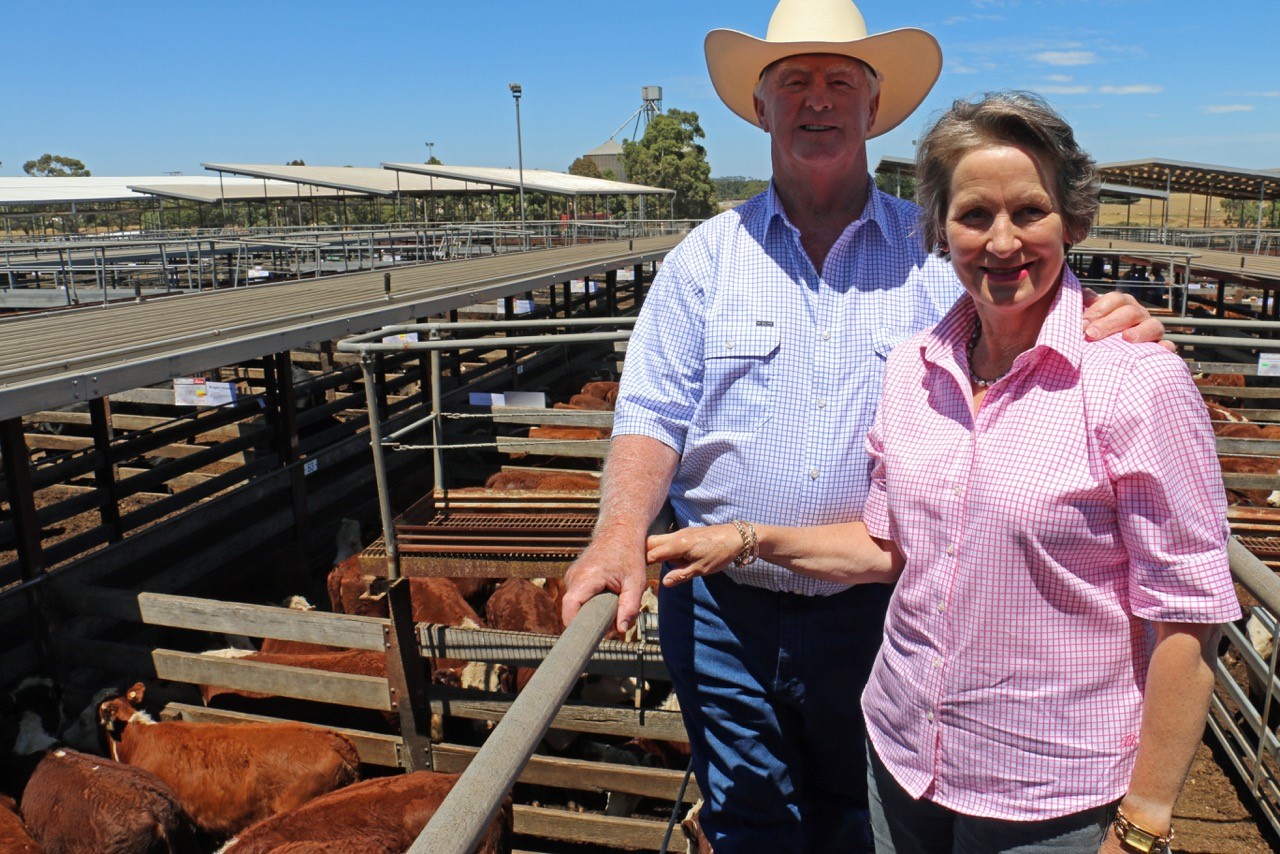 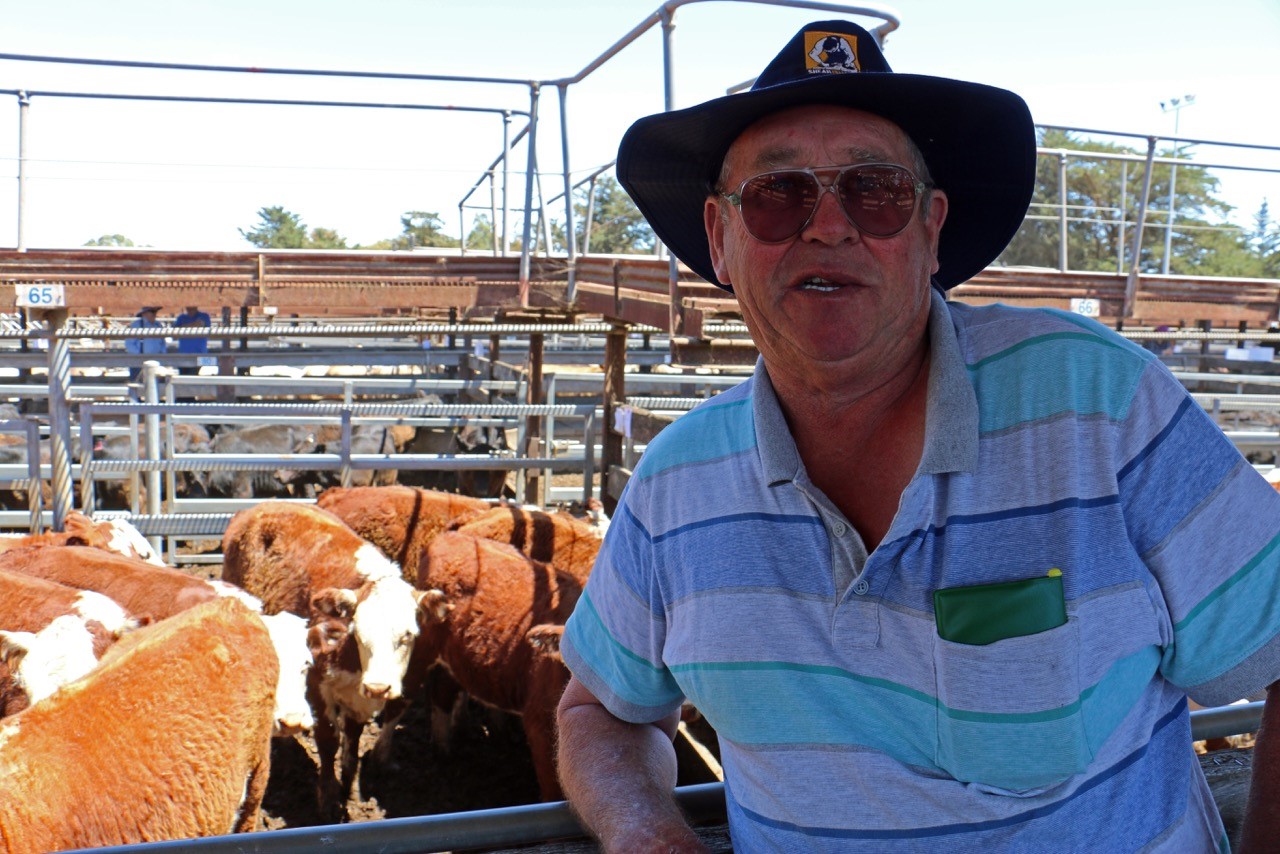 Ken Field, Kentara, Heywood, was pleased to sell Glenfern and Taronga blood heifers, 287kg, for $1018 or 355c/kg at the Hamilton heifer sale. 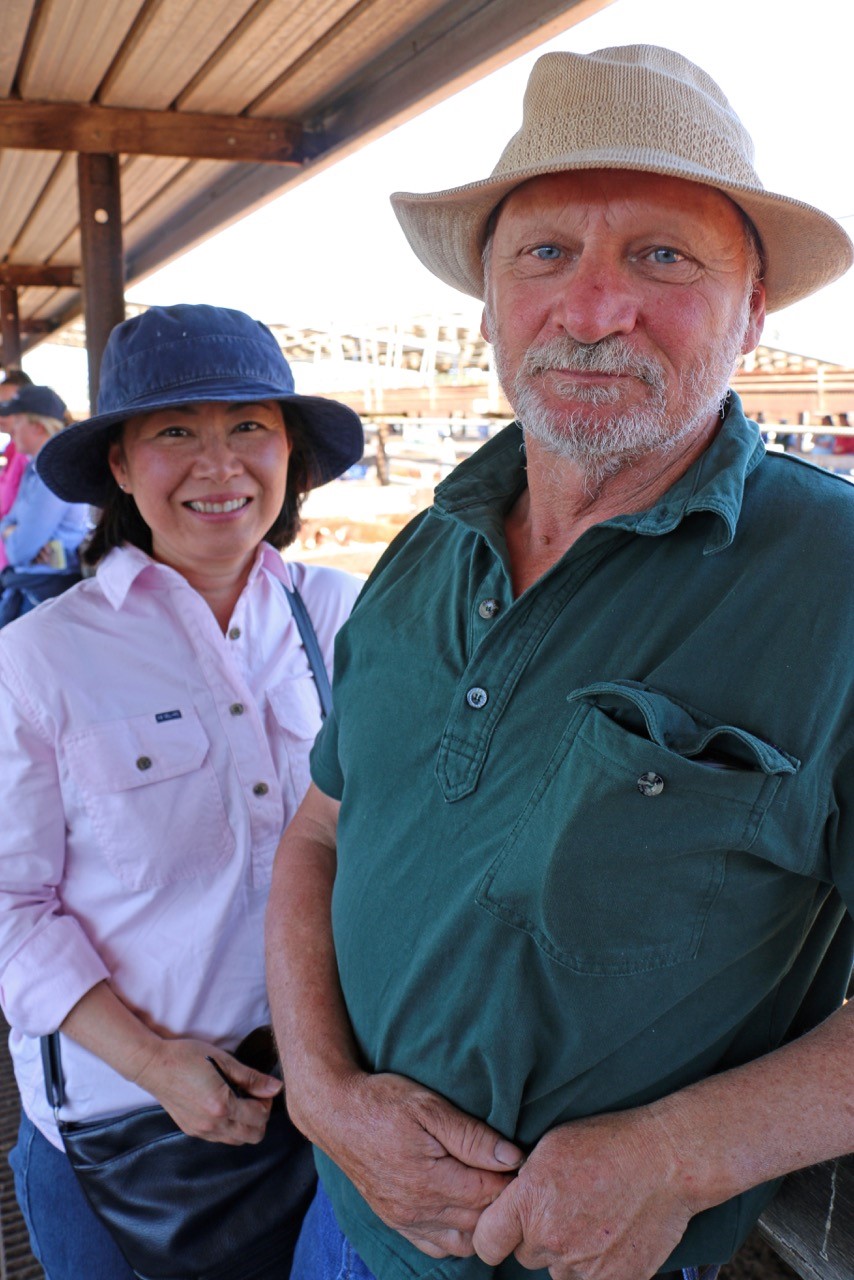 Tamako and Adrian Johnson, Tarrone, were on hand to look over the prices on offer at the Hamilton All Breeds Heifer weaner sale. The couple recently sold cast-for-age Hereford cows at Warrnambool for $2020.