The Hereford juggernaut rolled on as the run of Wodonga weaner sales opened on Thursday with autumn drop steers peaking at 454c/kg and grown steers hitting $1650.

Vendors at Wodonga celebrated an increase in their sale averages of 100c/kg or $170 a head on last year.

Selling agents Elders, Landmark and Corcoran Parker moved the sale along at a cracking pace to clear 5100 grown steers and heifers, and mixed sex weaners across five hours of continuous selling on January 12.

There were too few European Union accredited cattle to quote on.

David Sleigh said the family were impressed with the breed’s temperament, doability and fertility.

He said polled bulls were selected on calving ease and 200-day weights.

“There were only a few EU pens at Wodonga and we encourage Hereford breeders to become accredited.’’

Topping the market on a cents per kilogram basis was K & L Harris, Mansfield, with their Howquadale blood steers, 10 months, and 253kg, selling for 454c/kg or $1150 to Rod McKenzie, Corcoran Parker.

“There is no point having grass and empty paddocks,’’ Ms Sinclair said.

Mrs Webb is due to turn 100 in April and takes an active interest in the herd’s breeding program.

“She loves her Herefords and especially their temperament,’’ Mrs Trickett said.

Cecily was on hand at Wodonga to see Mrs Webb’s draft of 47 eight to nine-month-old steers, Dunoon and Wirruna blood, sell to a top of $1350.

“I was after steers weighing 300-340kg and paid an average of 405c/kg – they will run on station country north of Jerilderie or go into a feedlot,’’ Mr Bell said.

“I buy on weight and price – I don’t want lightweight cattle as they won’t finish in time for the spring.

“They are finished to 500-600kg and the bullock prices before Christmas has given us the confidence to come back again.’’

Nicholas Odewahn, Walla Walla, rates Wodonga as “one of the bigger sales” and offered 47 steers to a top of $1560.

“Our liveweights are up this year with the good season,’’ he said.

“We like the Herefords for their temperament, doing ability and weight gain.’’

David and Vicki McCallum, Tooma, were happy to sell their autumn drop purebred steers to 435c/kg.

This equated to an extra 92c/kg or $170 in their pocket above last year.

“I’m moving over to pure Herefords for their docility, performance and weight-for-age,’’ Mr McCallum said.

“The strongest position was the 300-340kg cattle although we saw good feedlot competition on the heavier cattle,’’ Mr Tinkler said.

‘That was on par with the Angus sale and the really good lines of Herefords were similar in price.

“We have seen a kick in the EU market and numbers were short today.’’

“The feedlotters and backgrounders are beating the restockers on the heifers,’’ he said. 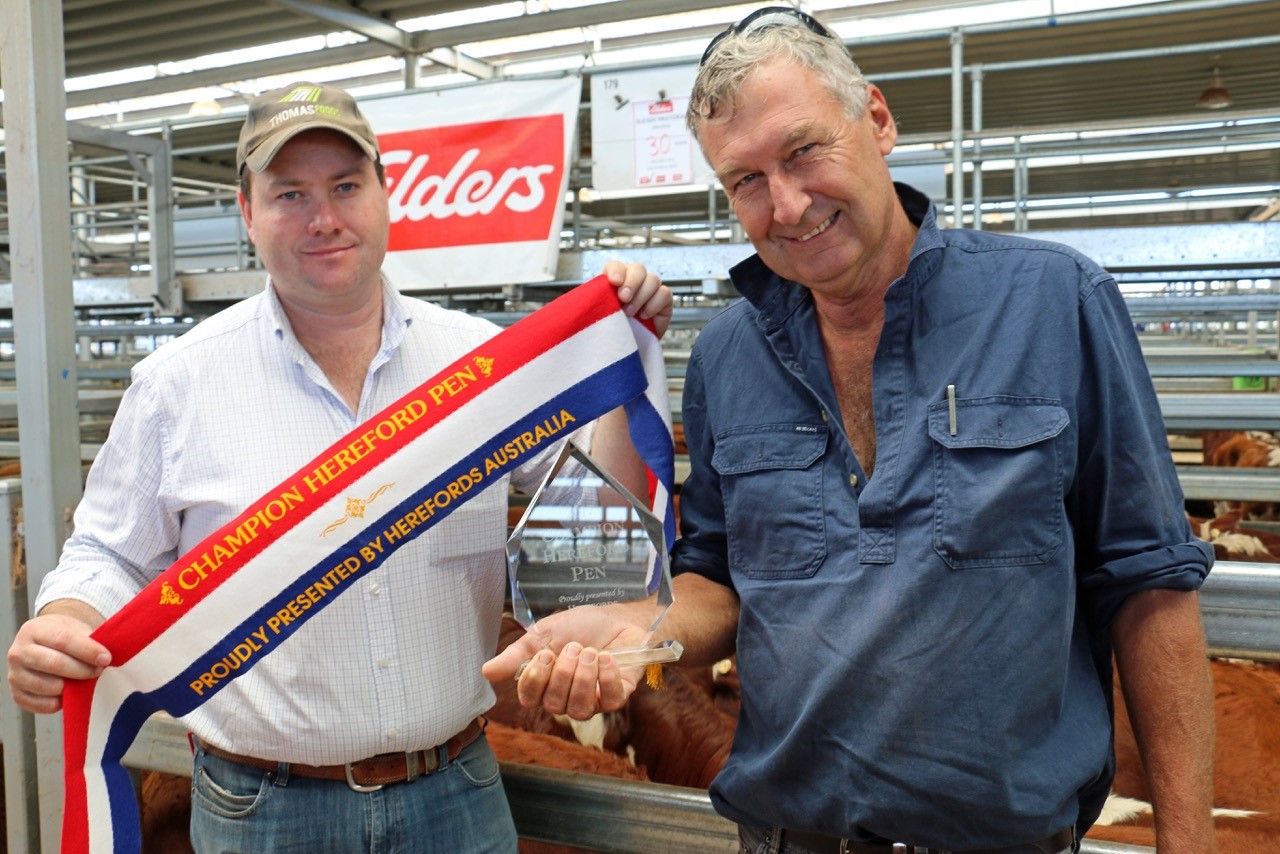 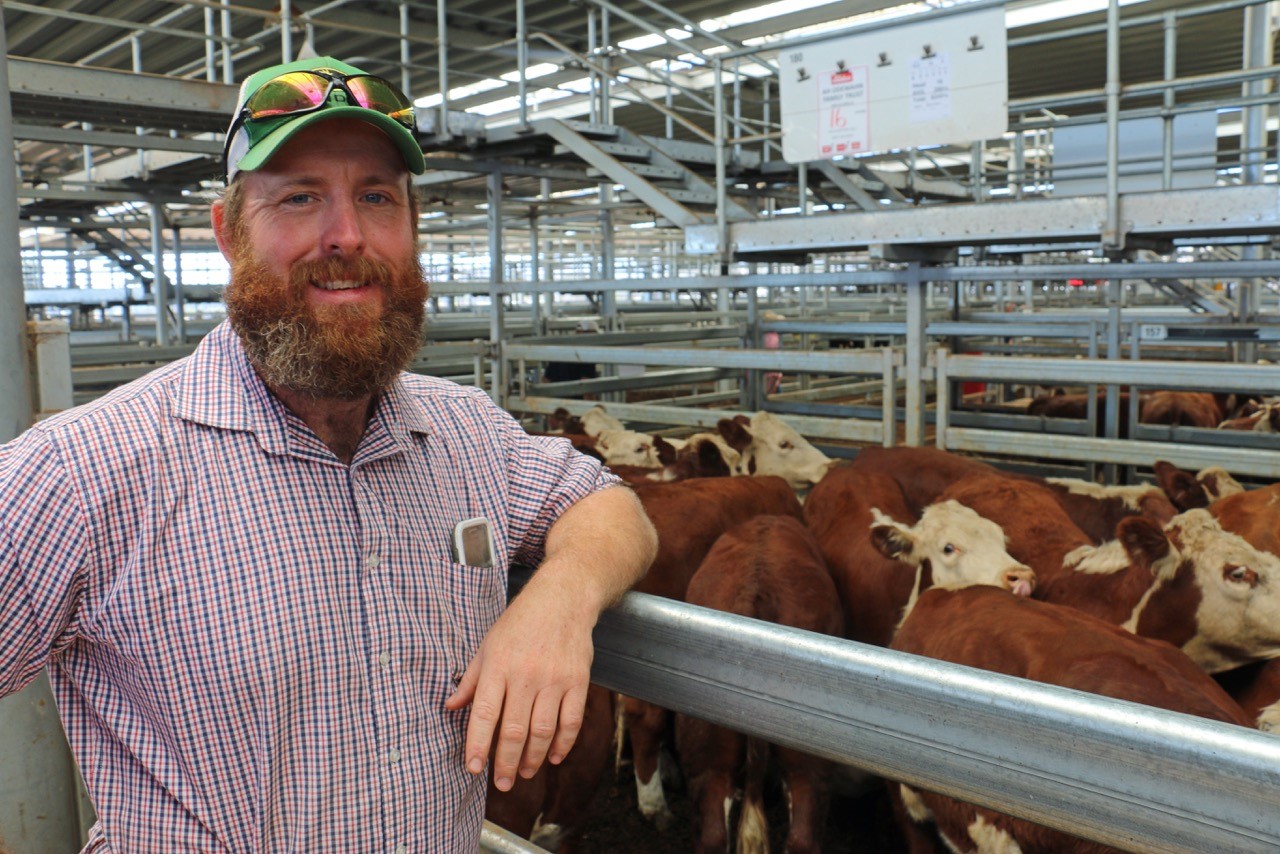 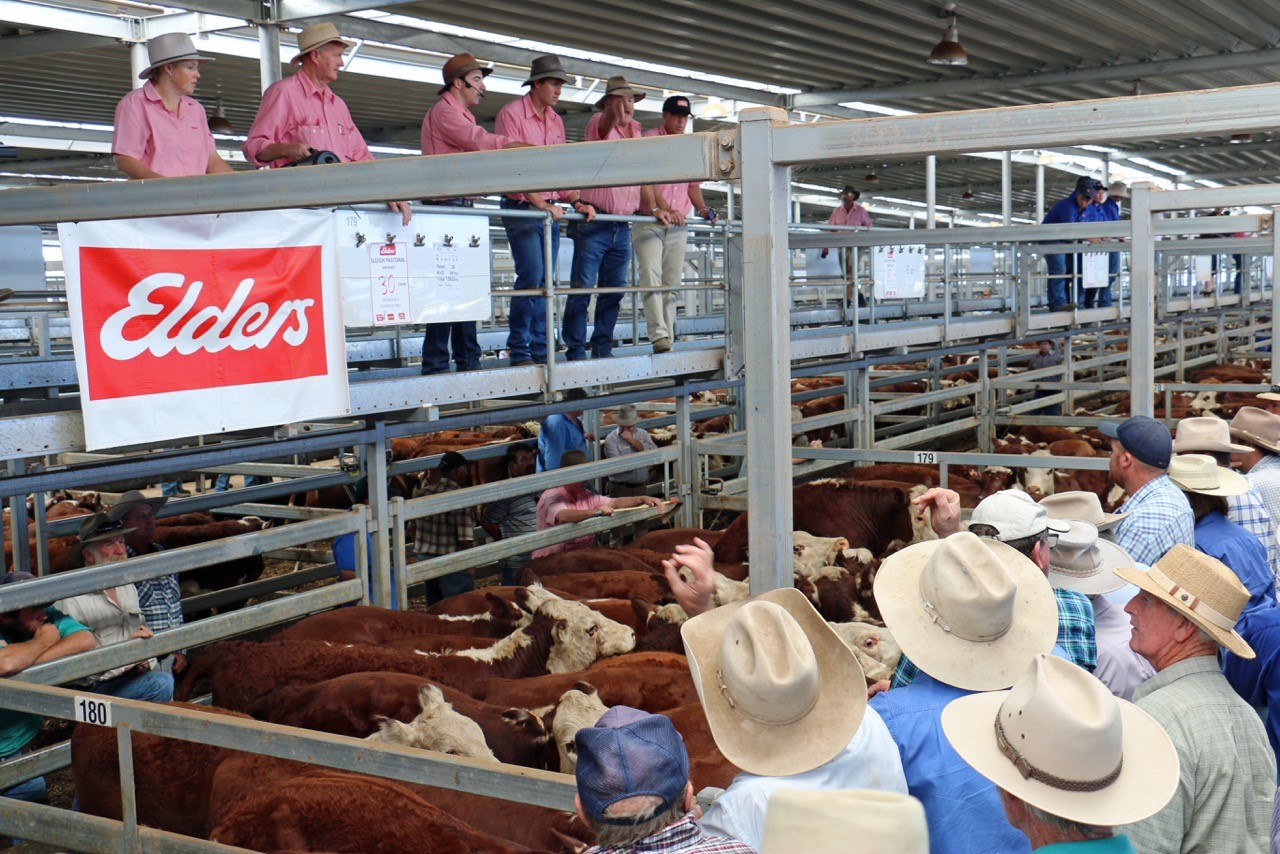 Buyers bid on the Herefords Australia champion pen which was sold by Sleigh Pastoral for $1340 or 361c/kg at Wodonga. 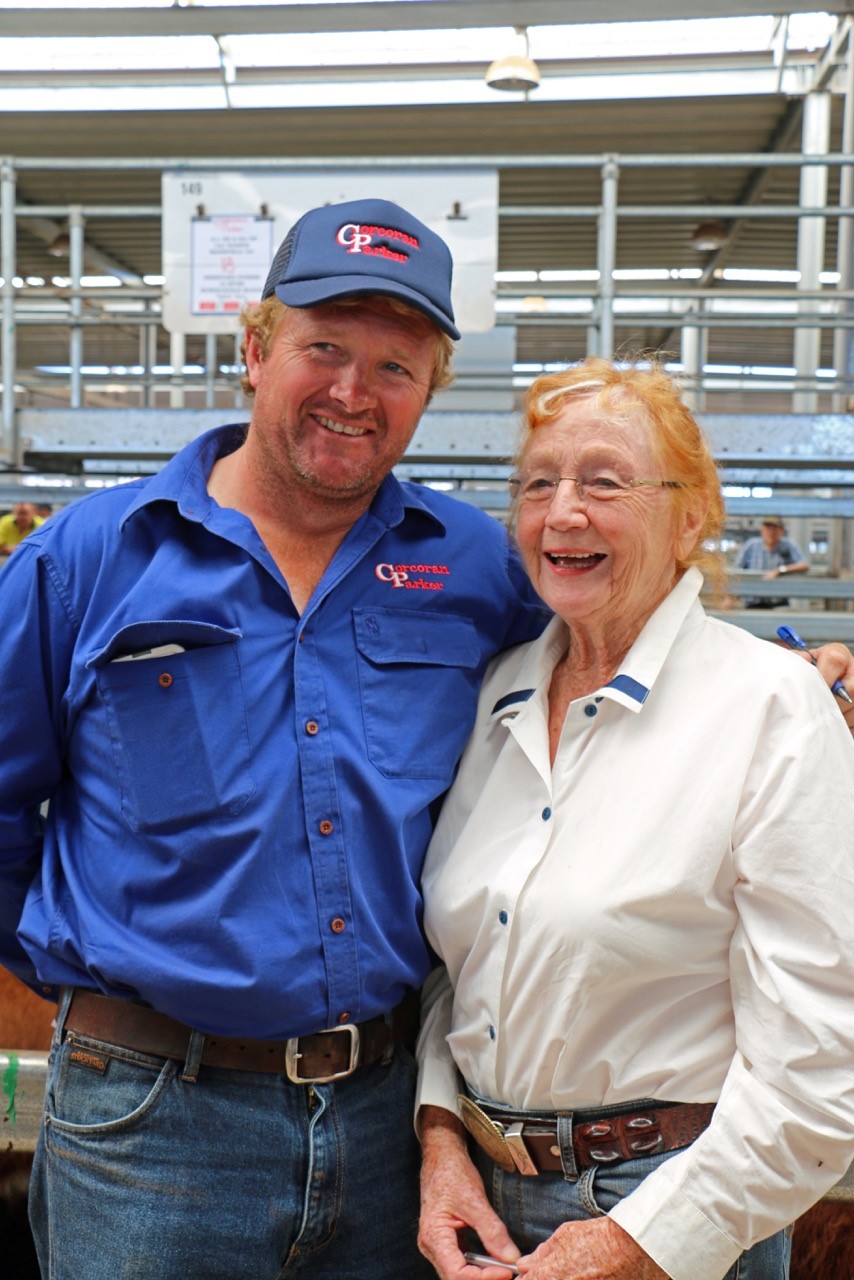 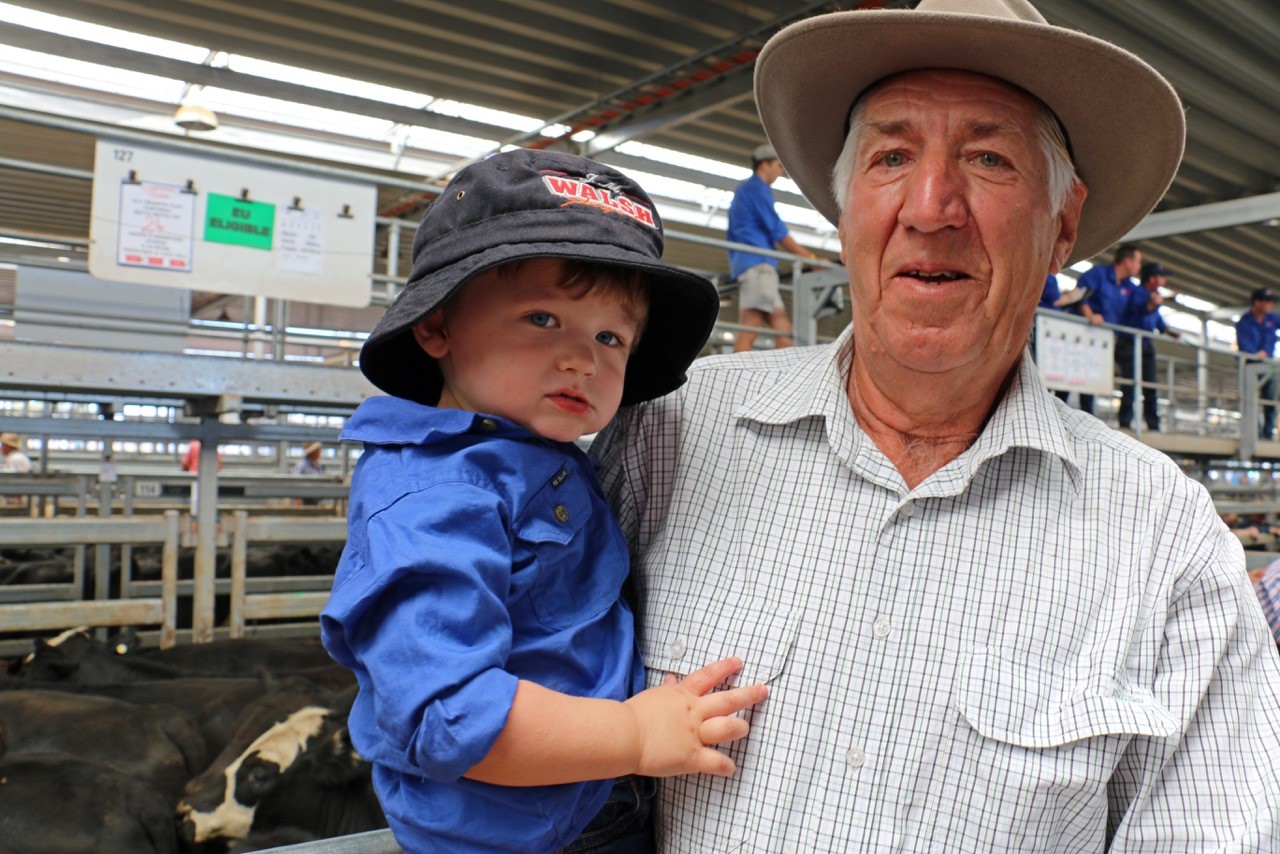 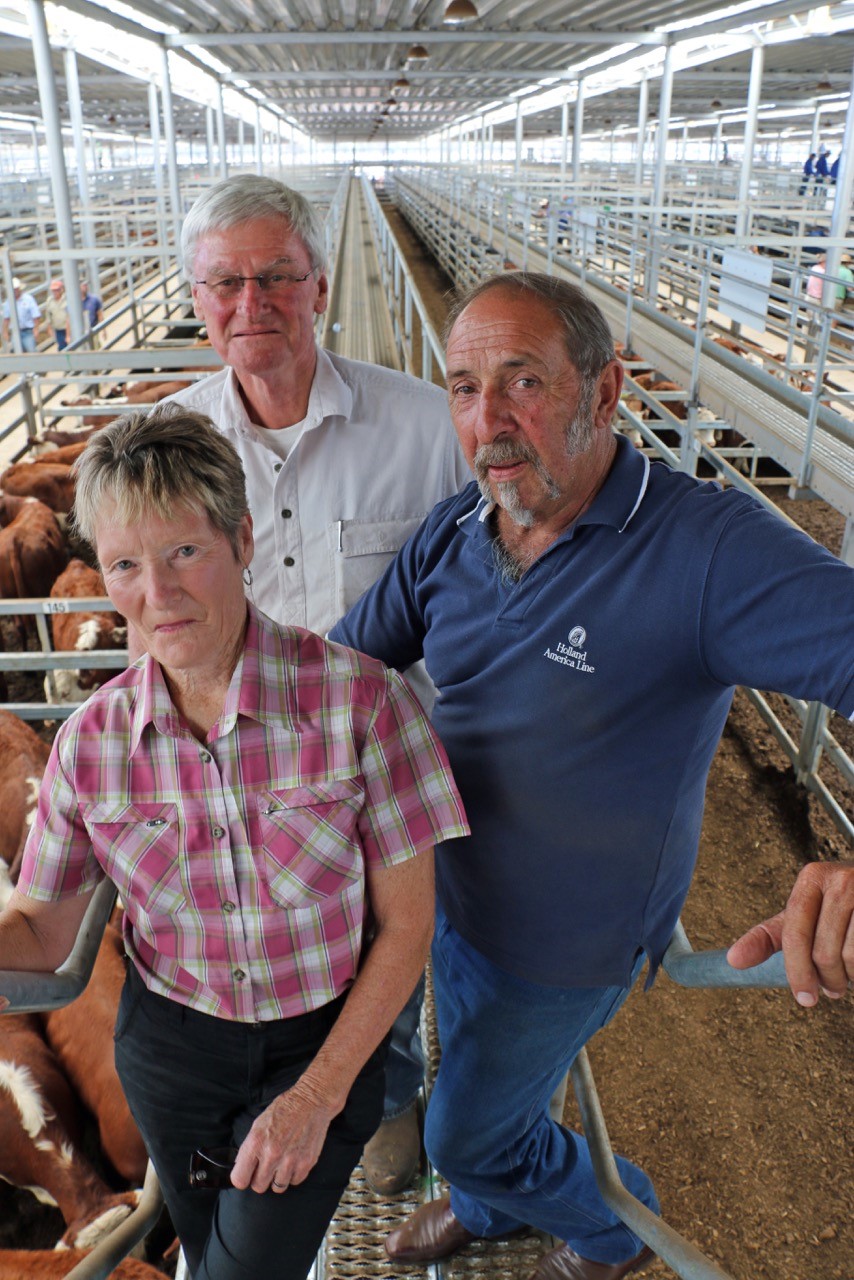 Eurobin producers Mary and Bill Goldsworthy, and John Dawson (back), at the Wodonga sale. The Goldsworthys sold 333kg steers for $1220 and John sold Black Baldy steers, 291kg for $1160. 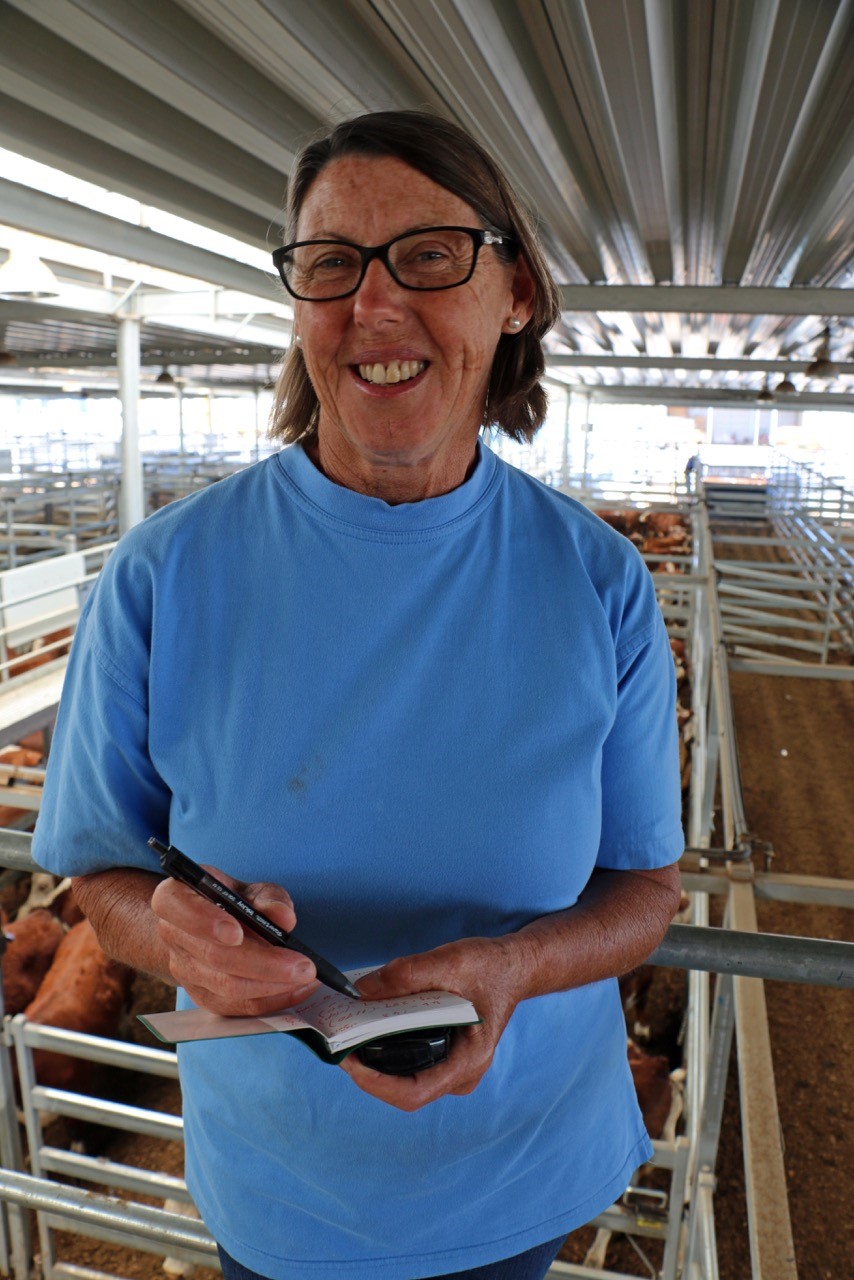 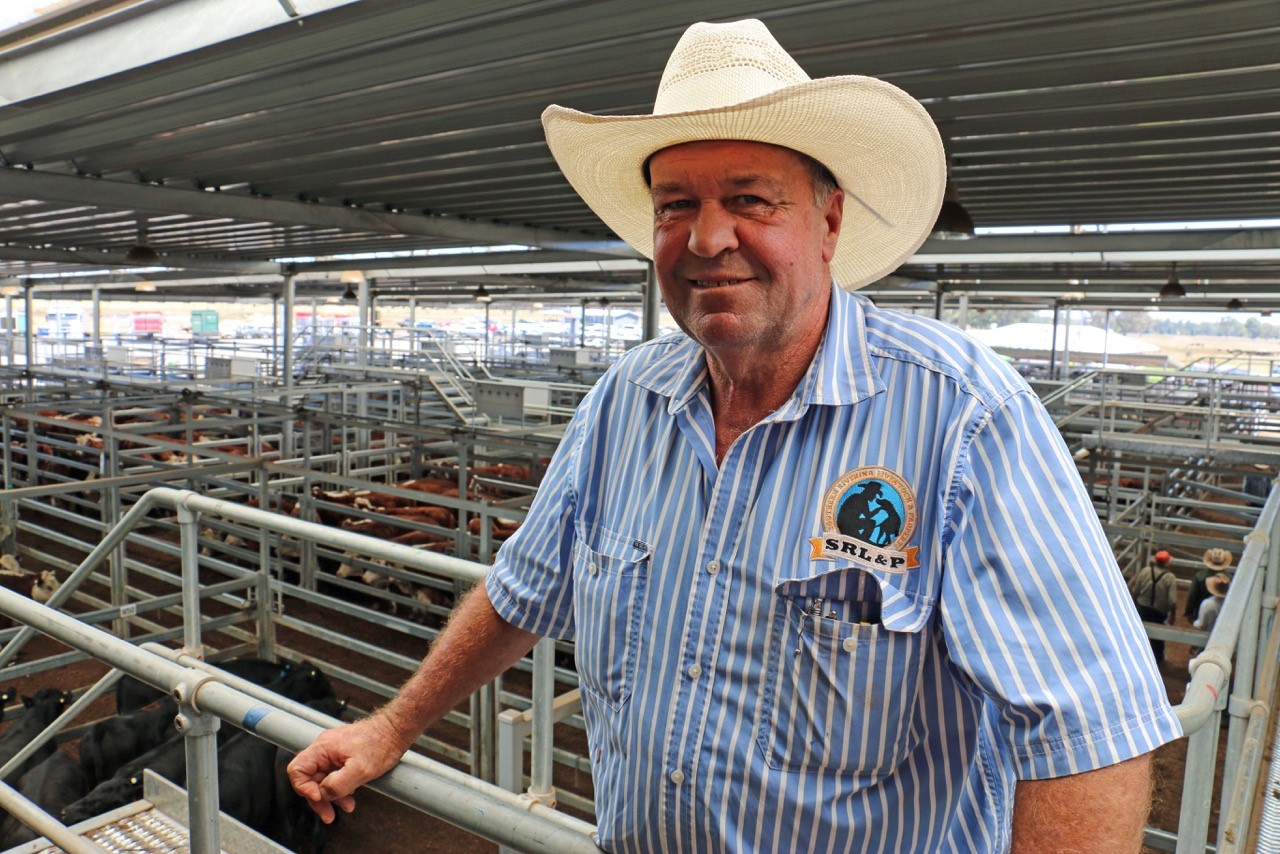 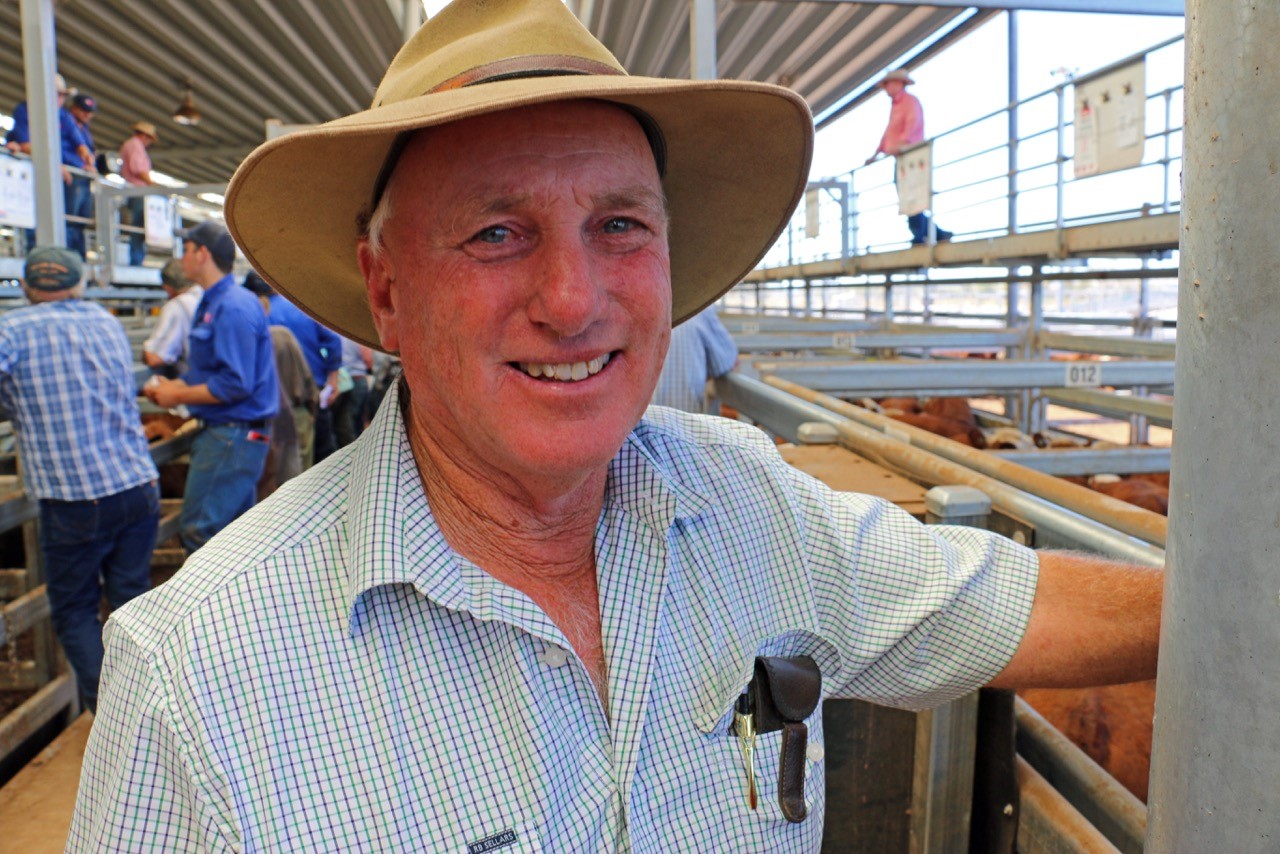 David McCallum, Tooma, was happy to sell 296kg steers to a top of 435c/kg at the Wodonga Hereford feature sale. 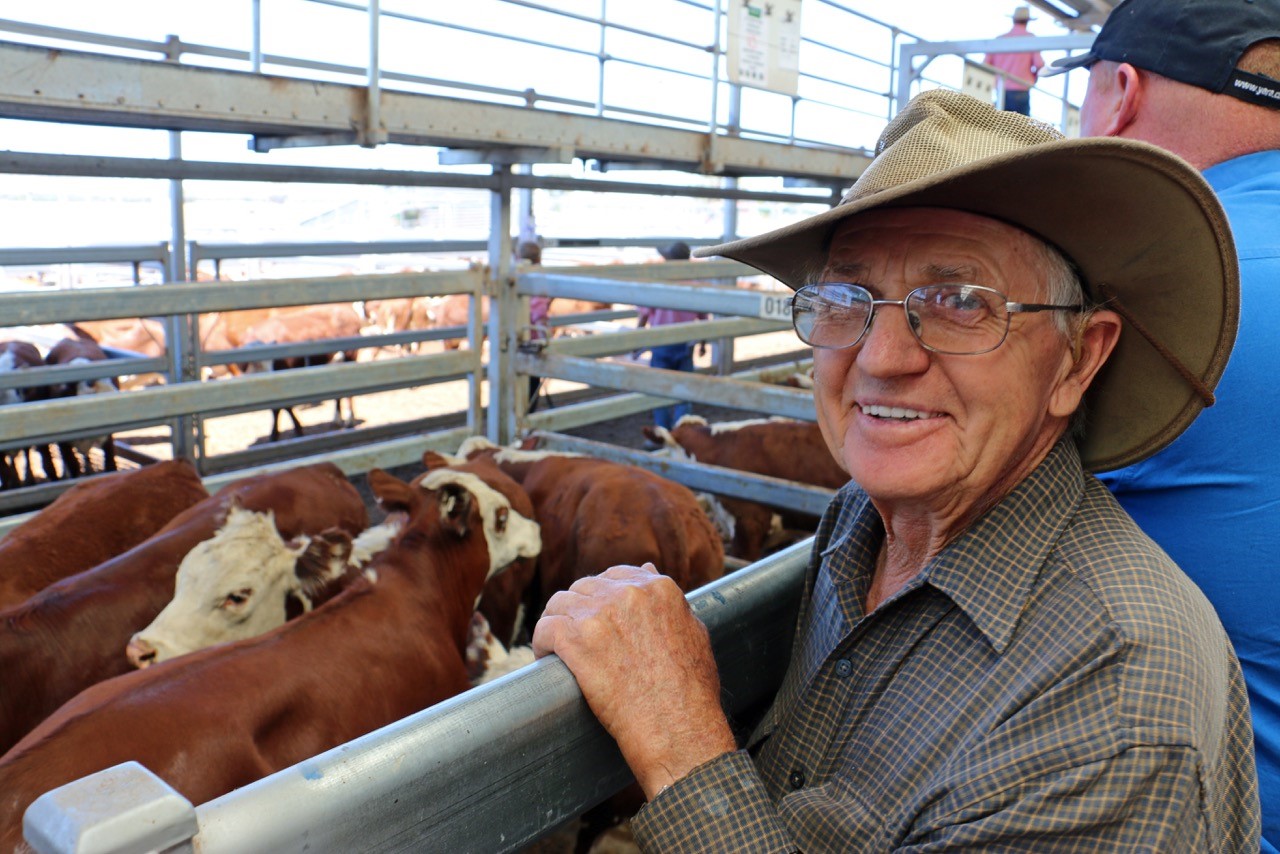 Wally Beer, Deniliquin, was pleased to sell unjoined heifers, 389kg, for $1265 at the Wodonga sale. 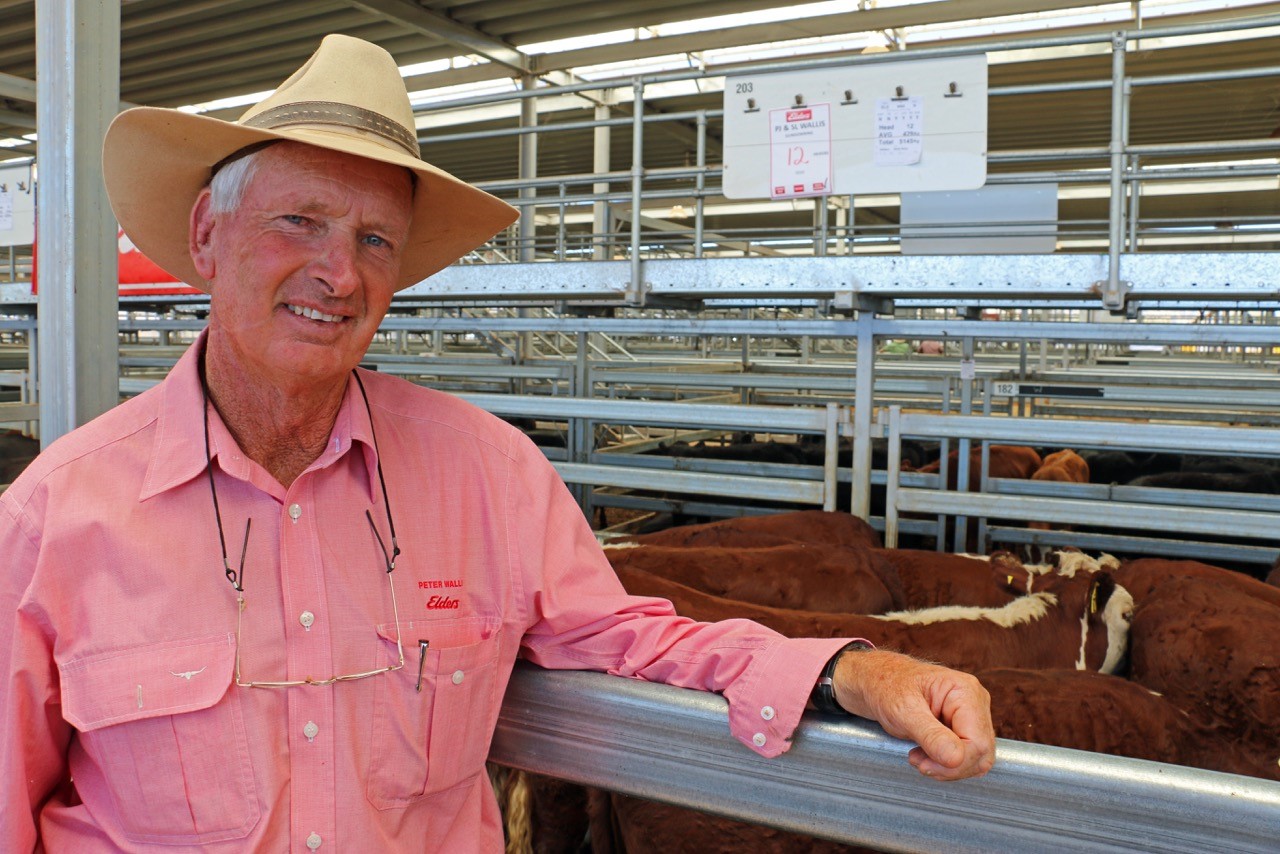 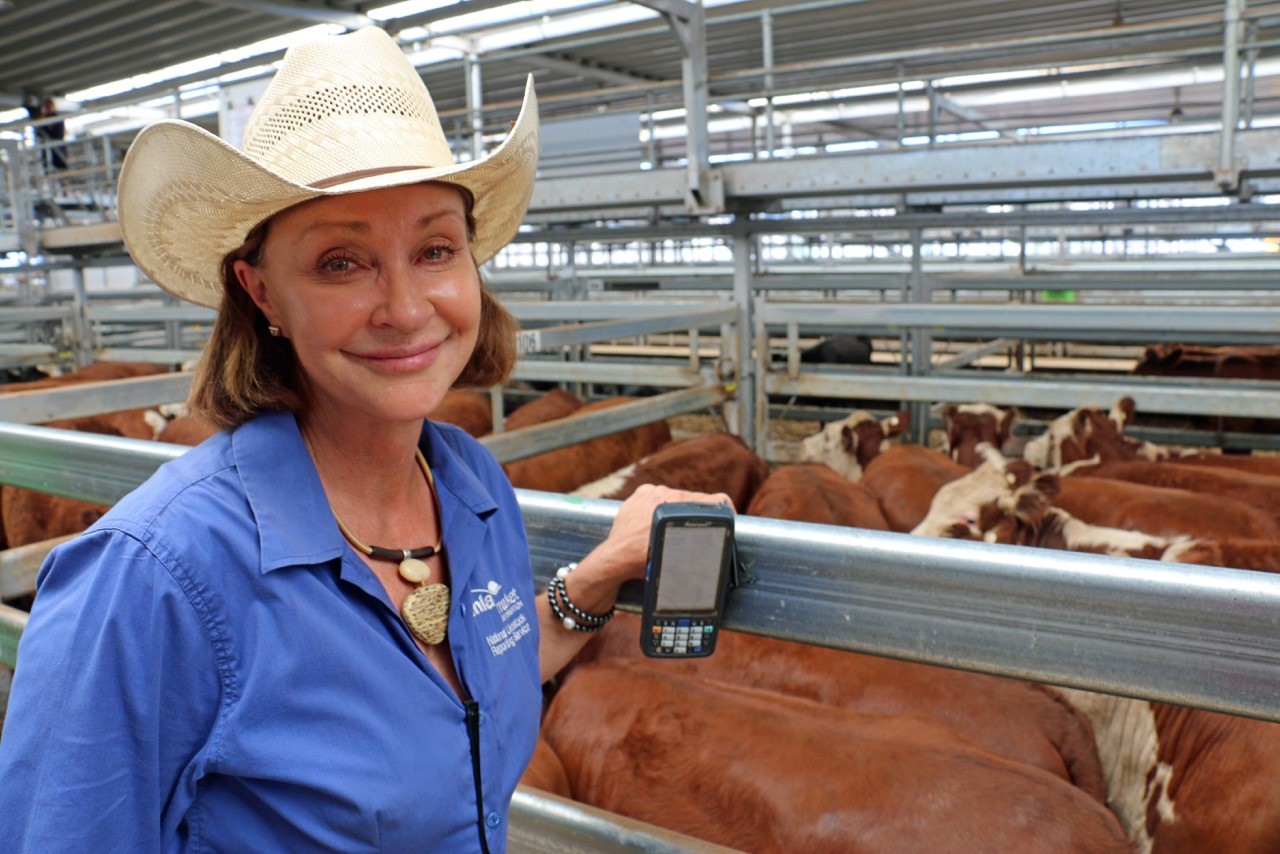