Backgrounders And Lot Feeders Push Steers To $1517 At Casterton

Backgrounders and lot feeders led the charge for whiteface weaners at the Elders Casterton 62nd annual steer weaner sale on Friday, paying to a top of $1517.

The selling agents yarded 1511 head, averaging 326kg liveweight to return an average of $1240 and result in an overall sale gross of $1.87 million.

Jeff Hortle, “Woranga’’, claimed the sale top on a cents per kilogram basis of 412c/kg for a pen of 29 calves weighing 259kg, and bought by Miller Whan & John, Mt Gambier, for Olgivie’s feedlot.

The consignment equated to 41.69 tonnes of beef, with the top pen 4kg heavier than last year.

“There was no price difference between the Hereford and Angus pens on the day,’’ Bill said.

“However, the sting had gone out of the sale with most northern buyers gone.

“Princess Royal feedlot were buying, as was JBS for backgrounding at Longford.

The Elders and Landmark combined heifer weaner sale will be held at Casterton on Thursday, January 19, from 9am, with 2200 head to be yarded.

Mr Mason said the majority of the yarding would be Hereford and Black Baldy females, with strong restocker competition expected on the joinable heifers.

He said the lighter heifers presented opportunities for backgrounders. 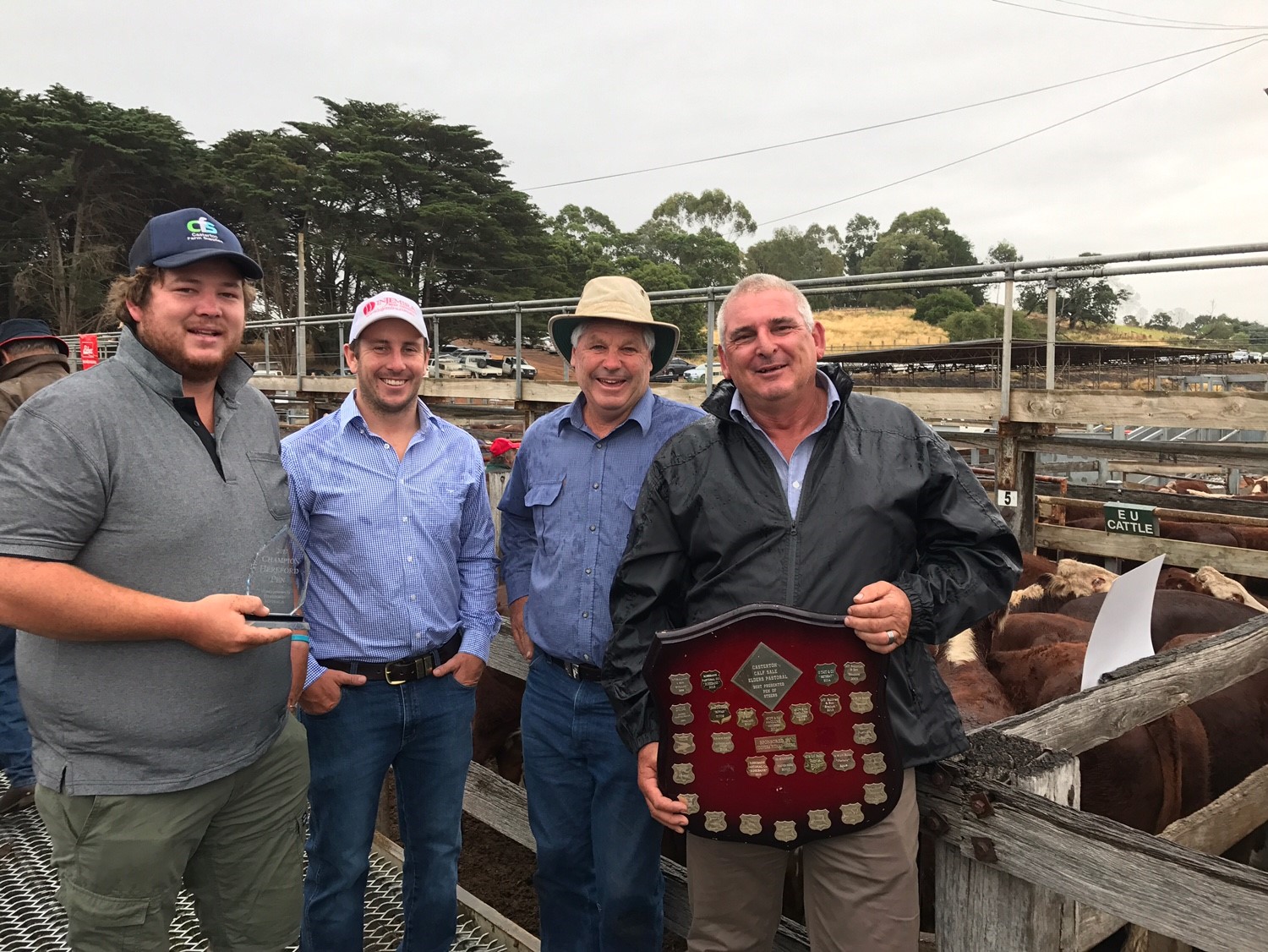