NSW Buyers Push Prices To $1570 For Hereford Weaners At Hamilton

The addition of feedlot, backgrounder and processor competition from Victorian, South Australia meant prices did not dip below 342c/kg.

Interfaced with AuctionsPlus for the first time, the Hamilton sale yarded 1175 Hereford, Hereford cross and Euro steers on Thursday, January 12.

In the middle run of Hereford steers, vendors pocketed an extra 80c/kg or $132 a head on last year’s prices while the top pens were up $226.

It was the final sale for the couple after dispersing their Mt Widderin whiteface herd.

Topping the sale on a dollars per head basis was the opening pen at $1570 offered by John and Liz Craig, “Inverell’’, Hamilton.

The second top price of $1501 was achieved by Pepper Partnership with a pen of 416kg steers, EU accredited, returning 361c/kg.

Topping the sale on a cents per kilogram basis was David Farrugia, Drumborg, with Bowmont blood steers weighing 274kg and selling for 416c/kg or $1140.

“Princess Royal feedlot were active on the EU calves while JBS bought for their Longford plant, and local steer finishers from Hamilton and Warrnambool were buying,’’ he said.

“It was a good solid sale with prices firm on the previous day,’’ Mr Malseed said.

He said the Elders Landmark All Breeds Heifer sale on Thursday, January 19 would offer 2000 head – the majority being Herefords and Black Baldies.

“We are expecting the majority of heifers to sell for 350-360c/kg with some breeders cattle making 400c/kg,’’ he said. 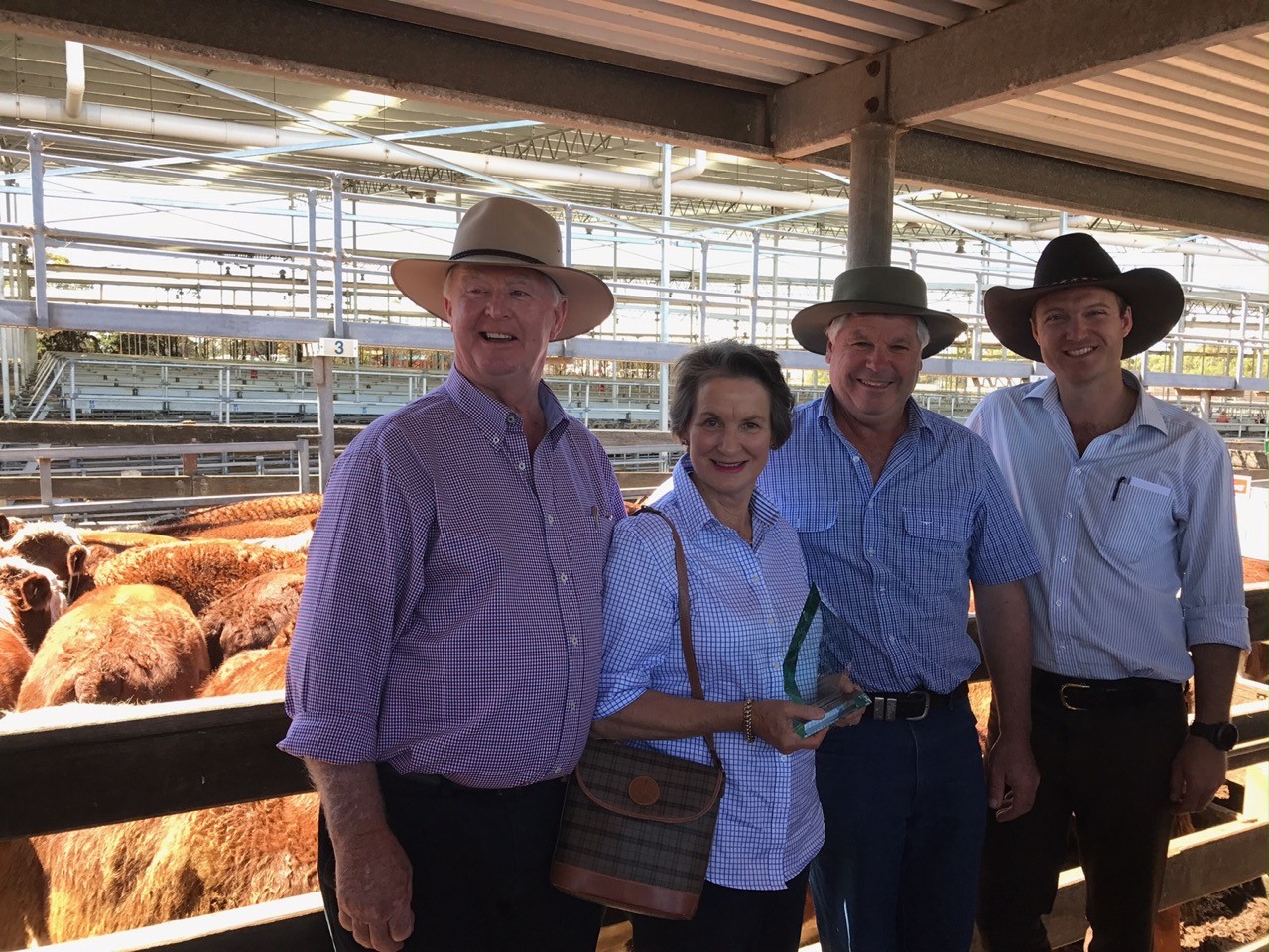