Trans-Tasman opportunities based around people, science and collaboration ensure a bright future for the breed, according to NZ Herefords president Phill Barnett.

A group of five representatives from the NZ Herefords Association toured southern NSW this week as part of the Trans-Tasman Beef Cow Productivity Project.

The project is a collaboration between Meat & Livestock Australia, and Beef +Lamb New Zealand Genetics, and involving members of Herefords Australia and NZ Herefords.

Mr Barnett said collaborative work between the two countries was part of the opportunities for the breed going forward.

“The research and validation work undertaken by Beef + Lamb NZ Genetics, and MLA in conjunction with the two breed societies will quantify what a good reproductive cow looks like,’’ Mr Barnett said.

“This will give commercial breeders tools to enhance their profitable beef cow operations.’’

“There is an opportunity to illustrate the value of mating yearlings and that it can be done successfully to enhance genetic progress,’’ he said.

“The tension is getting it right and getting cows back in calf.’’

“In Australia and New Zealand, we have animals that do marble well but generally it is a trait that we haven’t concentrated on enough,’’ he said.

“It is critical to branded beef and a consistent product so the positive fat has many roles to play whether it be eating experience or cow maintenance and reproductive traits.’’

He said sales were buoyant but supply was a constant issue.

“The vagaries of the weather can be a problem but we are working on systems to alleviate that,’’ Mr Barnett said.

The NZ cattle market has been on an upward trend, similar to Australia, with a swing back to beef by commercial producers.

“Herefords are playing a major role in that,’’ Mr Barnett said.

“Yearling bull sales have been strong along with the dairy market – it’s a great place to be at the moment.

“But, we need to evolve and take up the challenge other breeds and industries are posing.

“I’m enthusiastic about the way the core breeders in Australia and New Zealand think about the breed.

“They acknowledge the challenges but they also see the opportunities the breed provides.’’

Mr Barnett said the opportunities revolved around people and science, and global collaboration.

“The ball is in our court so let’s do something with it.’’ 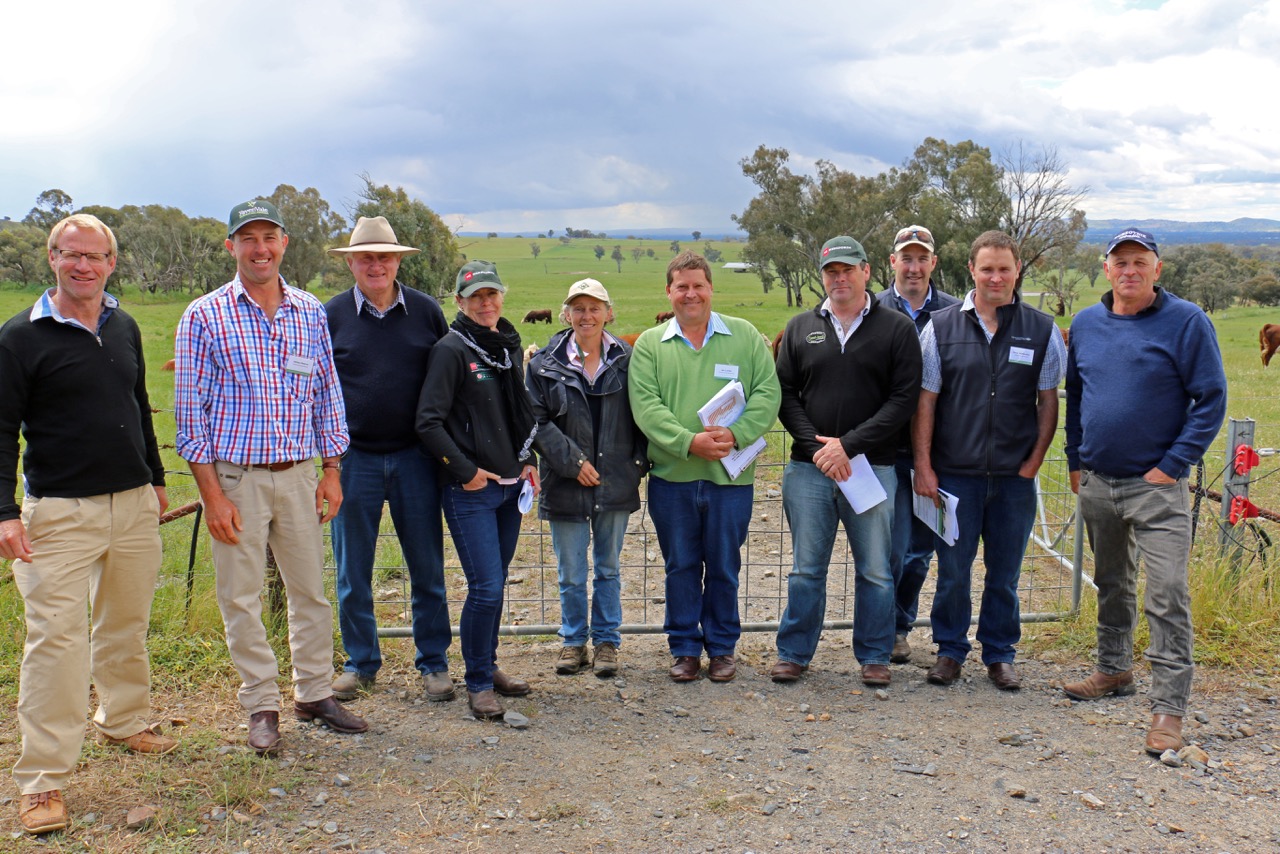