A highlight of the sale was the cull bull prices, with a Hereford bull topping the category on $3165.

Weighing 1110kg, the bull was sold by Pitt Sons on account of Miltiades Grazing Company, Walcha, NSW, for 285c/kg.

Hereford yearling steers, weighing 608kg, were sold by Pitt Sons on account of Miltiades Grazing Company for 368c/kg to return $2237. 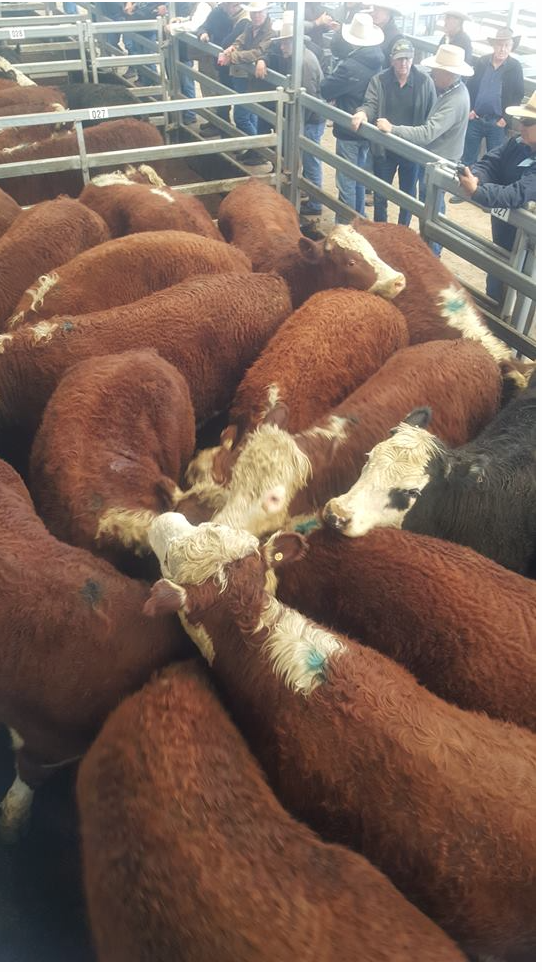