Cootharaba Vaucluse K9 showed his class to trump the line-up at the 2016 Brisbane Royal Show to be sashed grand champion Hereford bull.

Vaucluse was sired by Glendan Park Empire E002 and is out of Cootharaba Fancy E235.

In the female classes, the junior and grand champion was Talis Twilight 1962 exhibited by Alex McLachlan, Talis Herefords, Glenquarry, NSW.

The August 2015 drop bull was sired by Tycolah Lynwood H184 and is out of Wararba Park Charm G163.

The couple also exhibited the reserve junior champion bull, Tycolah Oakwood L26, the pair of bulls, breeder’s group and progeny stakes group to be the most successful exhibitor.

The 2012-drop female was sired by Mawarra Vice Admiral and is out of Thornleigh S106 Constance B263. 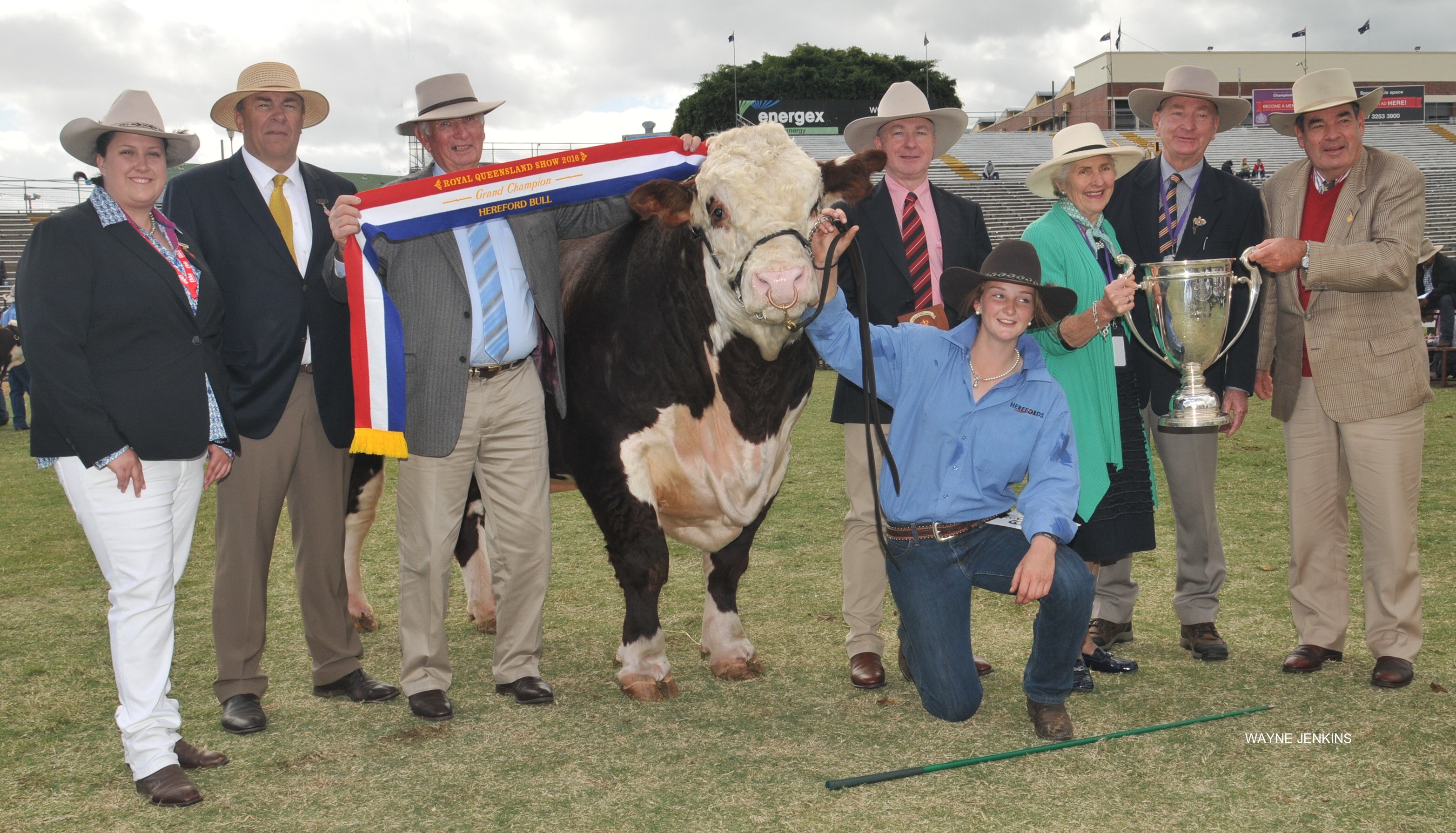 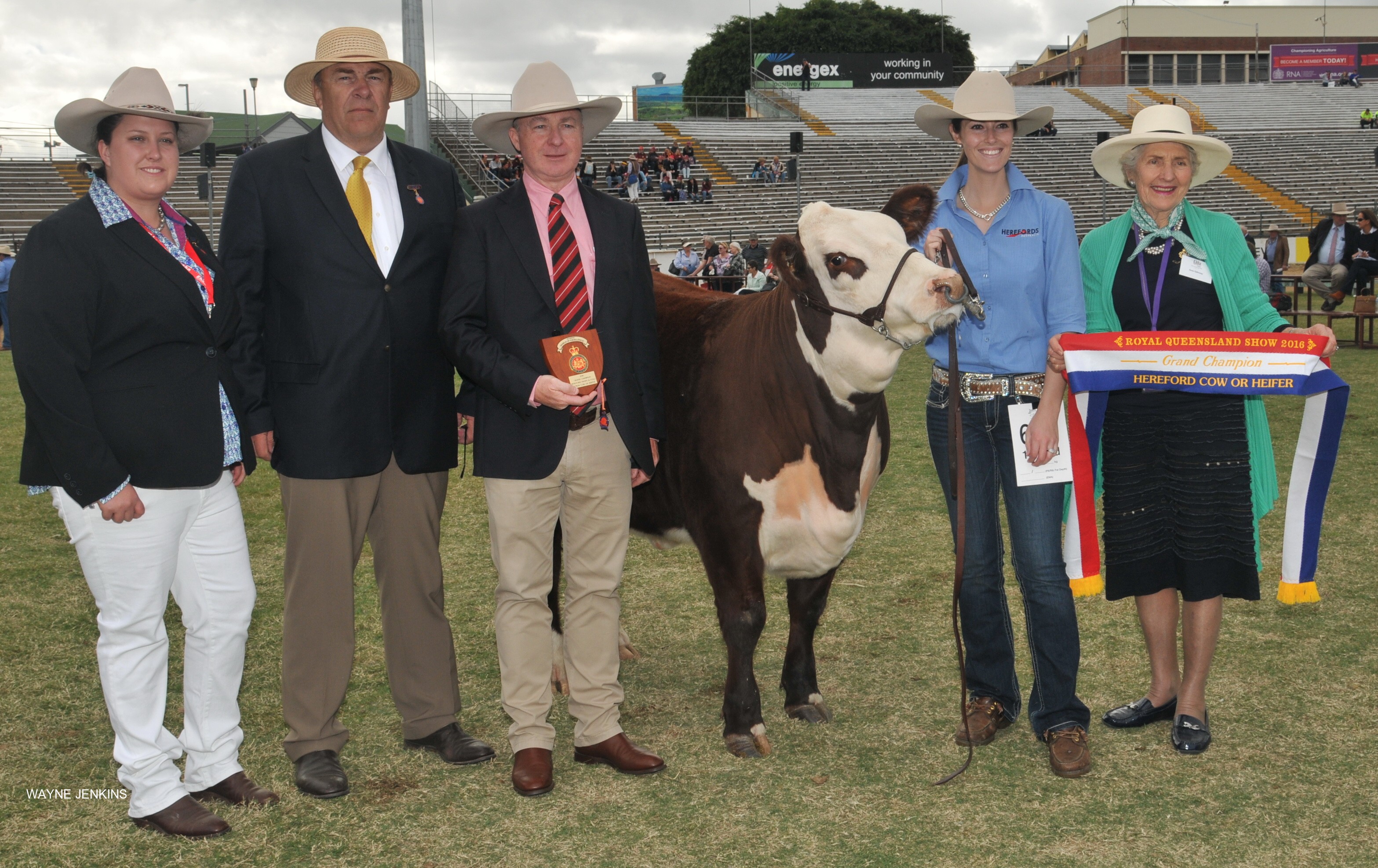