Nose to tail products from organic Hereford cattle are being snapped up by Asian, Middle East and US consumers.

And, the Hereford brand and name has been a hit with Hong Kong consumers, she said.

The 23-year-old from Brisbane was named the 2016 NAB Agribusiness Rising Champion in Canberra on August 24.

Now in its sixth year, the NAB Agribusiness Rising Champions Initiative caters for 18 to 35-year-olds and aims to inspire, empower and support young people passionate about the Australian beef industry.

She said the base breed at OBE Organic was Herefords sourced from below the tick line.

The tick line runs from northern Western Australia above Alice Springs and across to the east coast near Sydney.

“Herefords fatten and mature better on the organic pastures in the natural rangelands so we get better carcass quality coming through the abattoir,’’ Miss McCormack said.

“Even though we are organic and have natural variability, it allows us to have a quality, consistent product in the weight range.

“Traditionally our producers are in the channel country but as our business has grown we also source from the Lake Eyre basin.’’

“We don’t see anything come through the abattoir with a dominant Bos indicus content – they are always crossed back to a Hereford,’’ she said.

“NASA is our organic certifier and the news from them is there are more people interested in transitioning (to organic).

“(Certified producers) can sell on either the commercial or organic markets.’’

“We pride ourselves on the fact there is less volatility and the organic market has never gone backwards,’’ she said.

“We value our producers and do everything to work with them to make sure we have a supply and their production is sustainable.

“Cattle supply is tough at the moment so we are using carcasses from zero to two tooth and up to eight tooth in the cows, or 180-400kg dressed weight.

“There is huge demand for organic beef and we are using every part possible off the animals.’’

OBE Organic exports to the Middle East and Asia while chilled cuts and frozen trimmings are on the increase to the US.

“The Asian market is becoming steak and westernised cuts as well as offal for traditional consumption,’’ Miss McCormack said.

“Some of our customers have doubled and tripled their order volume so it is a matter of us sustainably increasing supply and managing all of our customers so they are maintaining access to our product.

“It is red hot Herefords at the moment – our wholesaler in Hong Kong is selling the Hereford brand and name.

“Asian consumers in Hong Kong and expats appreciate where the product comes from and making that association with the breed, and they look up Herefords so it is a plus for the industry.’’ 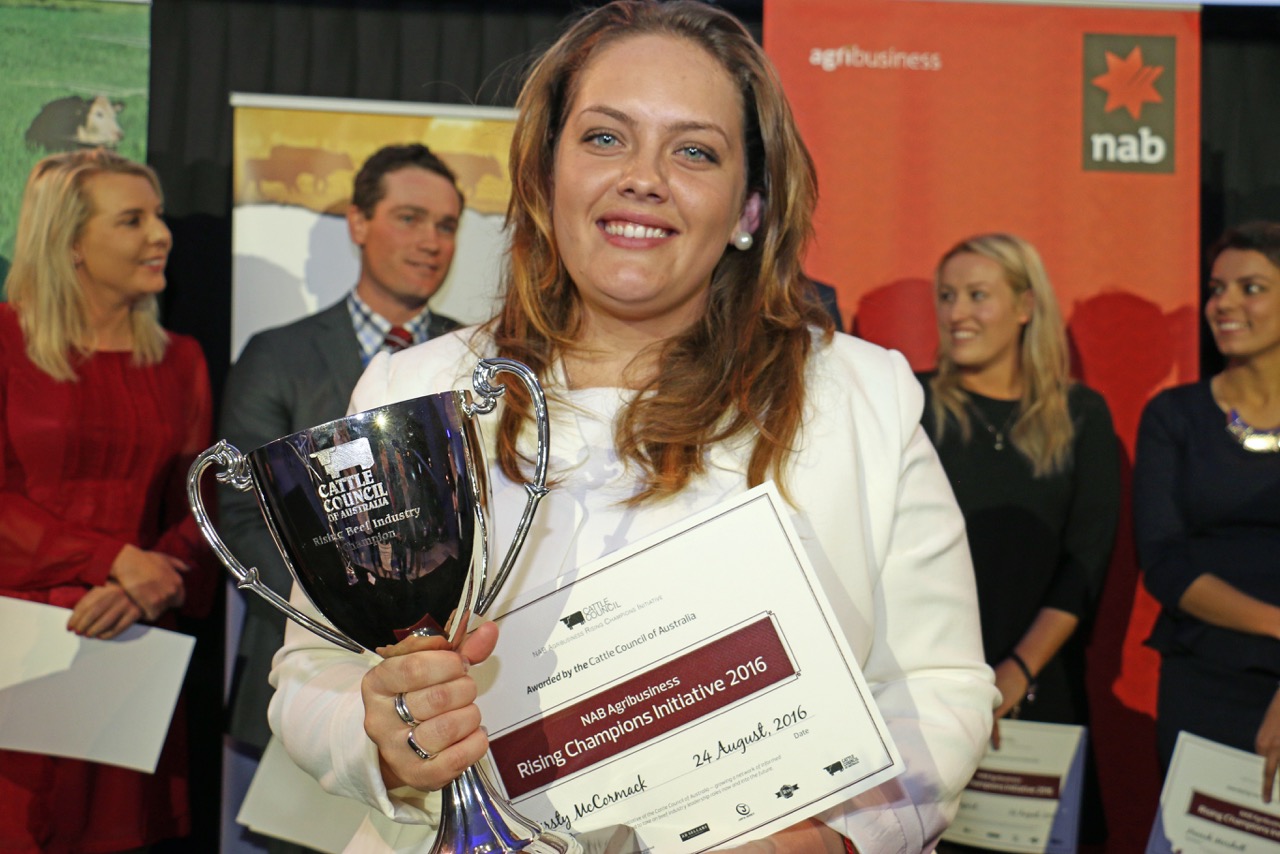