Youth Ambassadors Honoured for Their Dedication to The Breed

Herefords Australia Youth ambassadors Nikki Williamson and Emma Keech have been recognised for their outstanding contribution to the breed.

The young women had co-ordinated an auction which raised $3170 for Hereford Youth and the charity Drought Angels at the National.

Nikki, of Tocumwal, established her own Hereford stud, Kielder Park, after winning a registered heifer at the Herefords Australia National Youth Heifer Show in 2014.

She has served as the secretary and treasurer of Herefords Australia Youth, has attended many local and Royal shows throughout the year, stewarding and presenting ribbons.

Nikki has promoted the ambassadorship program and has worked hard to gather sponsorship for two auctions to raise money for Herefords Youth and Drought Angels.

She attended the Herefords Australia Young Guns conference and the 2016 National Heifer Show.

The 20-year-old is studying a Bachelor of Business at Marcus Oldham College, Geelong.

Emma Keech works with Elders Bendigo and took part in the Young Guns fitting challenge at the 2015 Melbourne Royal.

She stewarded at the Wodonga National Show and Sale, attended the Young Guns conference and is the Southern Youth Group marketing and promotions officer.

The Herefords Australia Youth Ambassador program is an initiative designed to engage the next generation of cattle enthusiasts.

They receive an embroidered jacket and $500 towards travel costs. 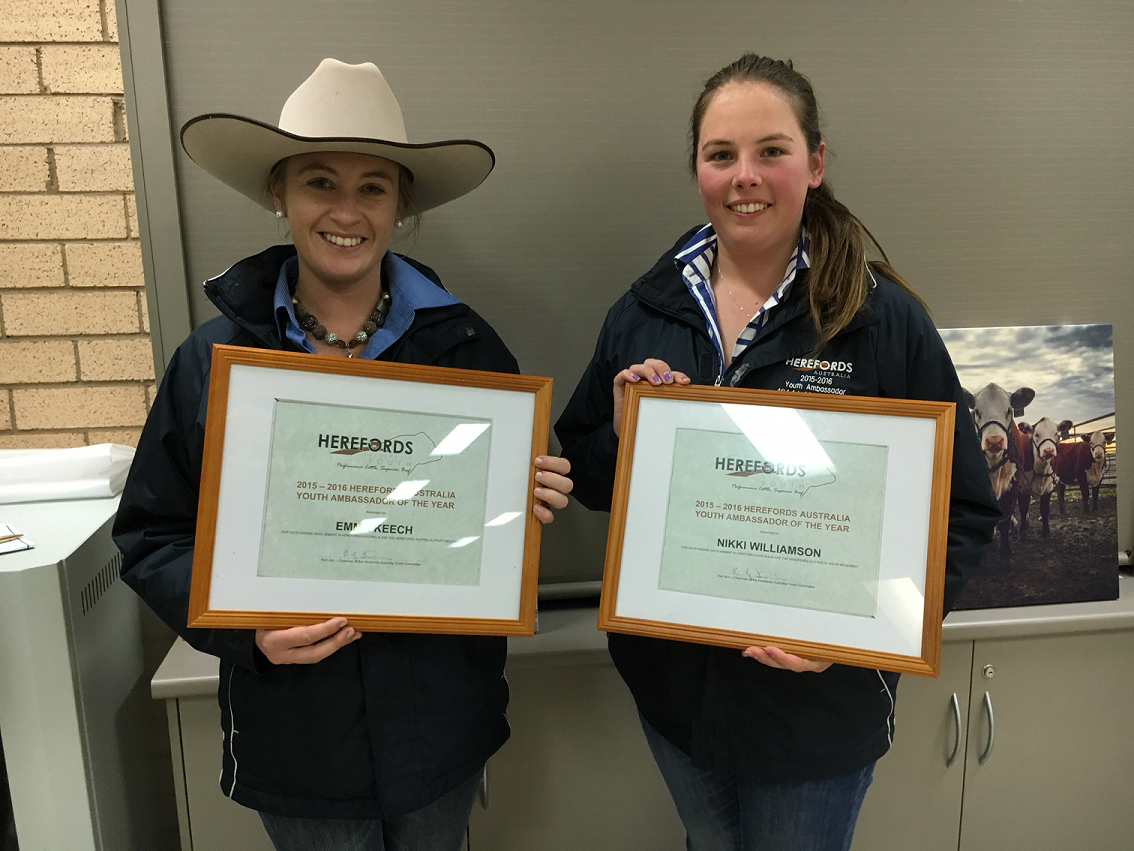