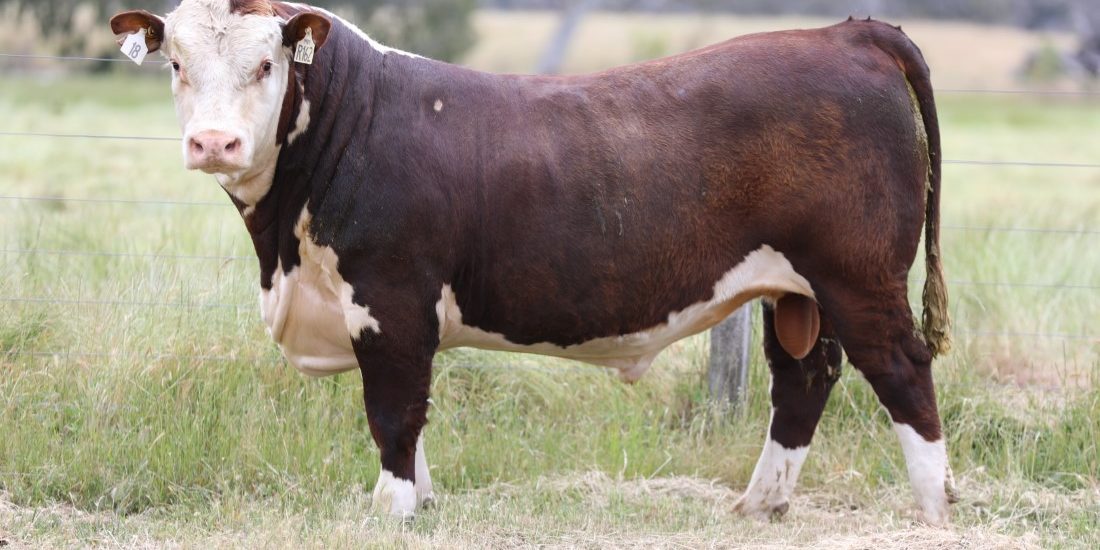 THE genetics of 2022 Yarram Park Performance Bull Sale bell ringer, Yarram Lottery R162, will be put to work across both a high-performing commercial herd and a stud operation after the 22-month-old bull was knocked down for $58,000 at the record-breaking auction.

Neville and David McClure, Mooree Partnership, Chetwynd, secured the long and smooth sire, who was in the top 10 per cent of the breed for 200 and 600-day weights, carcase weight and eye muscle area. A semen share was also acquired by Alvio Trovatello, Glendan Park Herefords, Barfold, as part of the transaction.

David McClure said he was eager to see the bull’s genetics, which stem from Yarram Lottery M089, enrich his weaner lines.

“With higher returns across our business we were able to step up our genetic investment this year,” Mr McClure said.

“We were determined to go home with this bull as we have a great draft of Hereford cows, and partnering with Alvio gave us more firepower to secure him.”

The McClures operate across 4046 ha on ‘Mooree’, a mixed-enterprise operation producing high quality weaners tailored to meet European Union bullock and grass finishing markets, with a 70pc Hereford herd. In the past five years the business has particularly focused on development of a premium Black Baldy cross product.

In January this year, the Mooree Partnership hosted its annual on-property Production Weaner Sale through AuctionsPlus, where Hereford steers reached 658c/kg and a line of Hereford and Black Baldy heifers made 755c/kg.

“The Hereford breed has been extremely valuable to our business and will continue to be in our future, and the Black Baldy mix has proven to be a phenomenal cross,” Mr McClure said.

“Producers are being well rewarded in their beef enterprises, allowing breeders to continue to improve the performance of their herds,” Mr Upton said.

“David and his family have been very supportive clients over many years now. They have a wonderful and highly productive breeding operation, in which they do an outstanding job producing large lines of weaner cattle.

“They are leading farmers in their own right, very progressive in their production systems, and have always purchased top-end genetics to expand their commercial herd.

“During our sale, four bulls sold into different studs this year, and it’s always an honour to see our genetics used in a stud capacity, which Yarram Lottery R162 will be at Glendan Park, but the strength of any seedstock operation stems from the commercial sector and their buying support.”

Reflecting on the entire sale, Mr Upton described the results as “humbling and quite overwhelming”.

“We had tremendous support throughout the sale which we were extremely grateful for, and when the auction had finished, the sale gallery reflected up to three generations of buying families in attendance. That long-term loyalty is quite incredible, with many friendships formed over the years,” he said.

“Of course, we were thrilled to see many new and more recent buyers attend and support the sale strongly as well.” 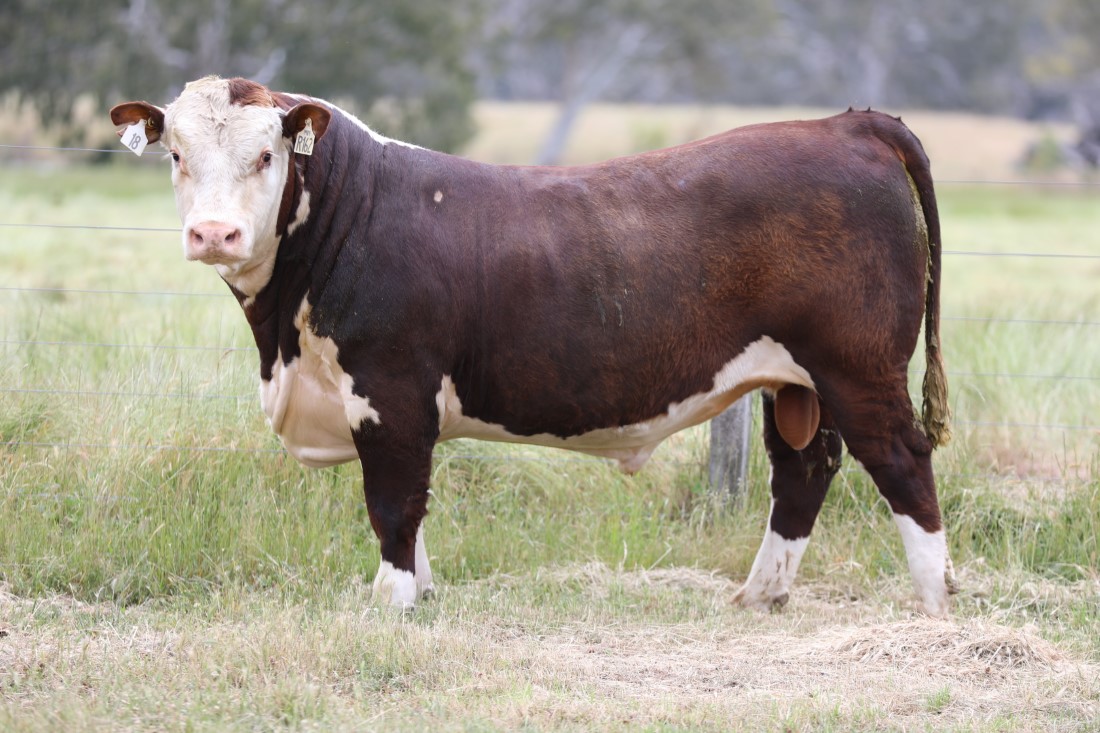