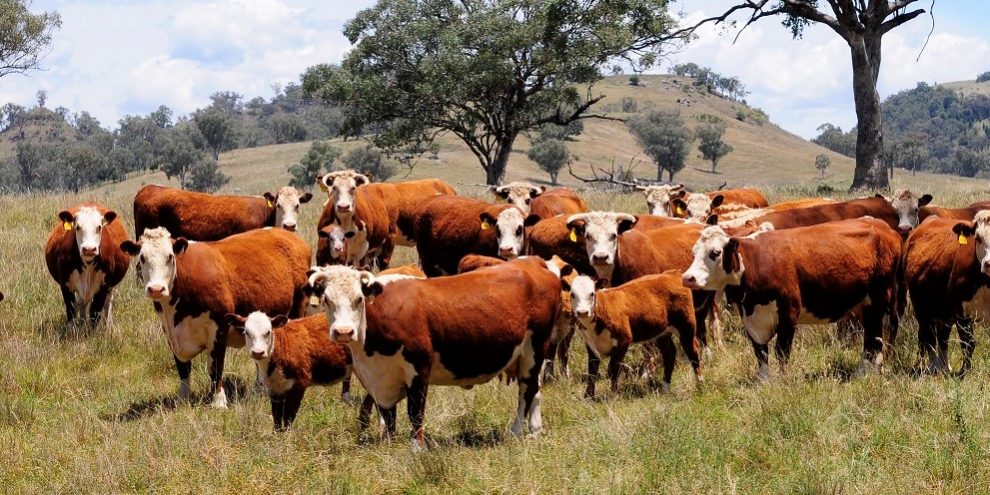 A fact sheet released by the American Hereford Association on udder scoring females has become another valuable selection tool for Vern and Margaret Younger of Inverell.

Mr and Mrs Younger of YH Herefords have been making selection decisions based on udder quality for the last four to five years and are already seeing improvements in their herd.

The AHA resource states that:

A scoring system has been developed to classify udder quality on females whereby both udder suspension and teat size are assessed to create an overall score.

Both udder suspension and teat size are gauged on a 1-9 scale (see figure 1), with the higher scores considered more desirable.

According to the AHA fact sheet oversized teats are an issue as larger teats are harder for newborn calves to nurse which may lead to the calf not receiving adequate colostrum which can in turn affect immunity and performance.

Meanwhile poor udder suspension also makes it difficult for calves to nurse and can over time affect cow longevity with increased instances of problems like mastitis and potential injury.

Since implementing the udder scoring system in their herd Mr Younger says they have seen a “dramatic improvement in udder quality” in their cattle.

The Youngers are also seeing accelerated rates of udder improvement in their herd due to their use of American genetics.

“We’re seeing rapid improvement because we’re bringing in U.S. genetics that have focussed on this trait for generations.

“For some of the main herds in the States udder quality is one of their main criteria when selecting cattle,” Mr Younger said.

According to Mr Younger there is scope for Australian Hereford breeders to place more emphasis on udder quality in their cattle, particularly given Herefords have a reputation as a maternal breed.

“Good udders are a calf survival tool, [having a tidy udder] cuts out a lot of trouble with calves not being able to drink right away,” Mr Younger explained.

In the YH herd females are given an udder score as heifers and at this stage are not reassessed later in life.

“At the moment we just score them as heifers, if they start off well, they tend to stay that way.

“You’ve got to be pretty hard on them when you’re scoring, a 99 here has to be really good, but we’re getting quite a few heifers now scoring 99s and very few scoring lowly,” Mr Younger said.

Mr Younger sees birth weight and udder scores as two of the main traits to consider when it comes to profitability in their herd.

“You need a live calf, and it needs to be able to feed,” Mr Younger explained.