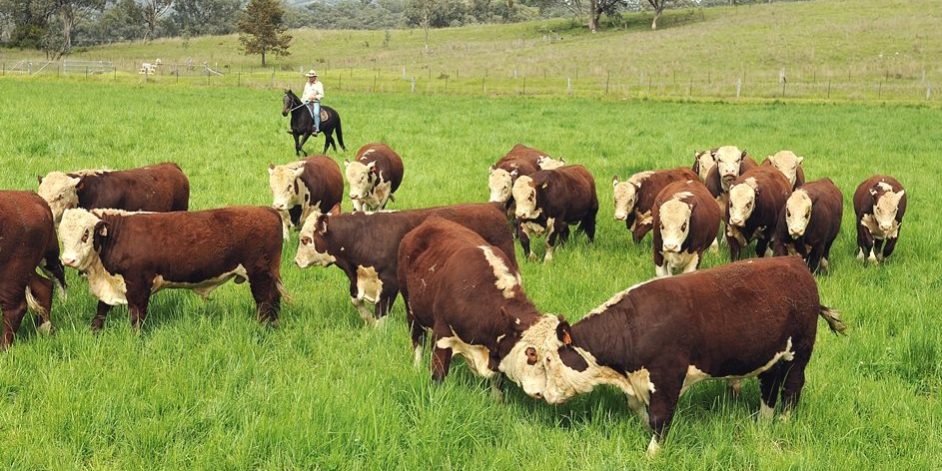 By Alastair Rayner for Genetics Central

WITH the spring bull selling season rapidly approaching, its timely for producers to take time to consider what influences are likely to have an impact over the sales.

These will range from the general demand for bulls, through to the requirement for bulls suitable to fill particular roles in a herd.

One of the strongest influences this season is the ongoing herd rebuild across the country.   As herd numbers slowly rise, producers have again retained larger numbers of heifers within their herds.

While the focus has been on heifers, the number of cows turned off from many enterprises has also slowed. Dialogue within the 2021 MLA Industry Projections identifies retention of cattle in northern and southern programs as being a key market trend.

This focus on females flows on to a demand for bulls, and in particular bulls suitable to be used over both heifers and potentially in younger, smaller cows that are being retained in herds this year.

One of the ongoing drought impacts has been on cow size in many areas. There are many cows that suffered from growth setbacks within herds.

While these cows are genetically similar to other females, their physical size is often smaller as a result of these restrictions. The challenge many producers have in retaining these females in southern herds is ensuring they can be successfully rejoined and calve with minimal assistance.

Part of this challenge is recognising that while the cow may by physically smaller, its genetics for growth remain unchanged. This can lead to potential calving difficulties when bulls with higher birth weights or lower calving ease genetics are used over these cows.

The combination of more heifers, smaller cows and the need to reduce calving difficulties is again reflecting on the number of inquiries seedstock producers are receiving for low birth weight, high calving ease bulls.

A number of prominent breeders across northern & central NSW have told me that these are the type of bulls that producers are currently seeking out.

Given this demand and interest, producers need to start looking and identifying the type of bulls they need for their program earlier than they may usually do.

As highlighted in this week’s Angus Australia Genetic Technology for Northern Australia webinar, genomics will influence the results published for many sires.

At a practical level for commercial producers, genomic information will enhance the quality and accuracy of the EBVs they will consider this year. However, there are some important points to have in mind when discussing the impact genomic information can have.

Firstly, while genomics may cause only minimal changes to the average of a breeding group, it will increase the spread between animals within that group.

The increased accuracy of genomic information also means that animals within a group are likely to be re-ranked.

The practicality of this message is for producers who have done preliminary research into sires or groups of sires, there is a need to revisit the catalogue or breed society websites to determine if re-ranking has occurred due to more data being analysed.

While bulls that have high accuracy figures are unlikely to move, younger sires, or those with lower accuracies, are more likely to see a change.

This may mean that some bulls move from being considered a potential sire for a herd to one that isn’t as suited for use in a particular role. It could also equally mean that other (previously overlooked) bulls become options, as their data and accuracy improves with additional genomic and performance records.

When looking at this year’s catalogues, producers should look closely at the traits that have been recorded on particular bulls. The catalogue will have individual traits recorded and if genomic information has also been used as part of the analysis.

In keeping with recent trends towards online selling and use of digital platforms, a number of seedstock breeders are increasingly providing independent physical assessments as part of their pre-sale information. Most of these physical assessments are made using the Beef Class Structural Assessment System (BCAS) which ranks physical traits on a score from 1 – 9 with 5 being an ideal example of the particular trait.

For this reason, producers need to make sure they understand what the assessments mean and how the scores are given by reading the catalogue beforehand or contacting the breeder or assessor in advance of the sale.

This season is likely to see many strong bull sales results. The combination of demand for bulls to rebreed numbers along with the general confidence across the industry shouldn’t be underestimated.

The final suggestion for commercial producers is to make time looking at catalogues and speaking to a number of breeders to develop a list of suitable bulls that will suit their program.

This allows a backup plan to be followed in the event that preferred bulls exceed a budget.  Rather than making a hasty decision to “get a bull”, producers can follow an alternative option that still allows their overall goals for a bull to be fulfilled.

This story originally appeared on Beef Central and has been shared with permission.
https://www.beefcentral.com/genetics/weekly-genetics-review-key-considerations-ahead-of-2021-spring-bull-sales/