Quest Leads to Victory for Yagaburne at Beef 2021 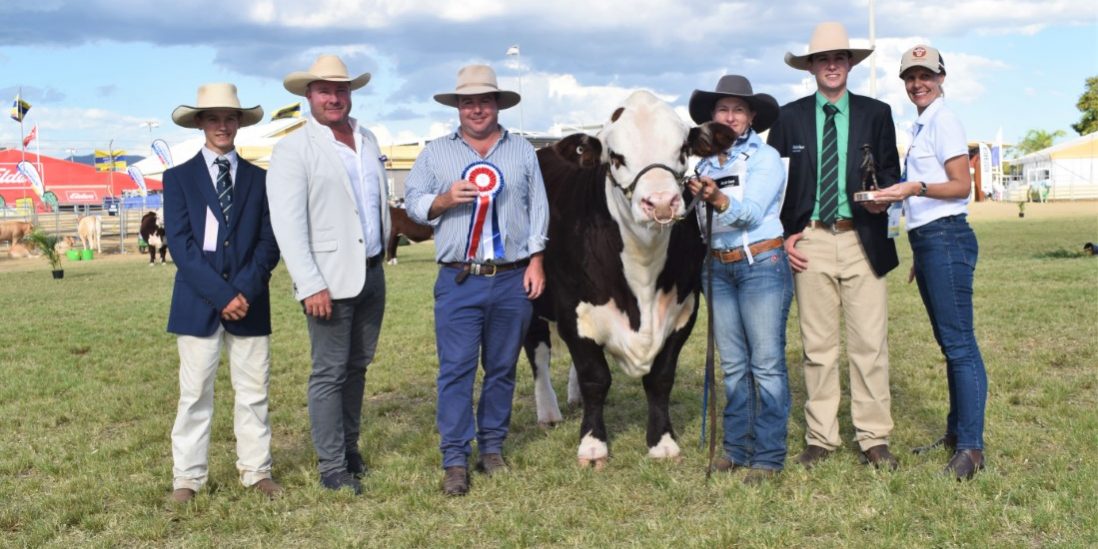 Yagaburne Quest Q643 strode to victory in the Hereford ring at Beef 2021 in Rockhampton last week.

The 19-month-old sire, exhibited by Yagaburne Poll Herefords Goondiwindi is a son of Supple Lawless and took out the junior champion sash before taking on the senior champion bull to be named grand champion Hereford bull of the show.

The Hereford classes were judged by Martin Lill of Coonabarabran with Riley Jenson of Yeppoon serving as associate judge.

Weighing in at 830 kilograms with an eye muscle area of 117 square centimetres and fats of 12 millimetres on the rib and 16mm on the rump Quest impressed the judges with his length and mobility.

“We’re absolutely stoked with this young calf as our grand, he’s a bull that really caught our eye.

“[He has a] strong spine, is great up front and has enough depth and thickness out the back.

“He’s plenty big enough at just 19 months, he’s plenty heavy enough, he’s got a great frame score to be go on to be a proper stud sire.

“[He has a] beautiful head, neck and shoulder and I really like the way he got around the show ring and I’m sure he’ll go around the paddock in the same fashion,” Mr Lill said.

“We haven’t won at Beef before, but this is the third time we’ve exhibited, we really went to support the breed and our cattle went better than we expected which is great,” Mr Glasser said.

According to Mr Glasser, Quest had an interesting start to life and was almost steered as a weaner.

“He weaned himself at about 4 months of age by accidentally ending up in the wrong paddock, but he’s grown out to be a very big, long bull and keeps improving all the time.

The five-year-old cow was sired by Wirruna Kelso K23 and was exhibited with her seven-month-old heifer calf at foot.

“This female just oozes broodiness, she’s a female of maximum capacity and yet not giving anything away from her refinement up front.

“She’s an absolute powerhouse of a female and she’s got a cracking little heifer calf that’s showing similar dimension.

“I can’t speak highly enough of this female, this is the type of female we’ve been chasing all day,” Mr Lill said.

Damien Halloway of Tobruk Poll Herefords was thrilled with the win, having only recently acquired the share in Golden Vanity with JTR from her previous Canadian owners.

“What attracted me to her was that the phenotype and performance that she’s got makes her a very useable cow that can be crossed with a number of sires to meet a range of different breeding objectives,” Mr Halloway said.

In the junior female division, it was a clean sweep for the Campion family of Amos Vale Herefords, Glen Innes, taking out both champion and reserve junior Hereford female with Amos Vale Lioness 26 Q026 and Amos Vale Pearl PR Royal 319 Q046 respectively.

The judges found the two females remarkably similar, but Lioness’s femininity and refinement was enough to put her in front of Pearl PR Royal.

In the female calf classes Kalara Miss Charm R001 exhibited by Jamie Hollis and Mikayla Passmore was awarded the champion sash ahead of Jarrah Britisher R319 in reserve.

In the senior bull classes Braelyn Advance P120 claimed champion honours and was described by the judges as “the best of both worlds.”

“We really like the way he gets around the ring and he’s probably the best-balanced bull out here today,” Mr Lill said.

The first placed exhibitor’s group was awarded to Jarrah Cattle Company with a trio that Mr Lill described as smooth and consistent.

“We’re seeing length in the extreme, we’re seeing quite trim and very modern cattle and we’ve seen how they get around the ring all day, so we really appreciate the movement and functionality,” Mr Lill said.

The first placed dam’s progeny group was awarded to Jordan Alexander and Tondara Herefords with progeny out of Kanimbla Harmony K157. 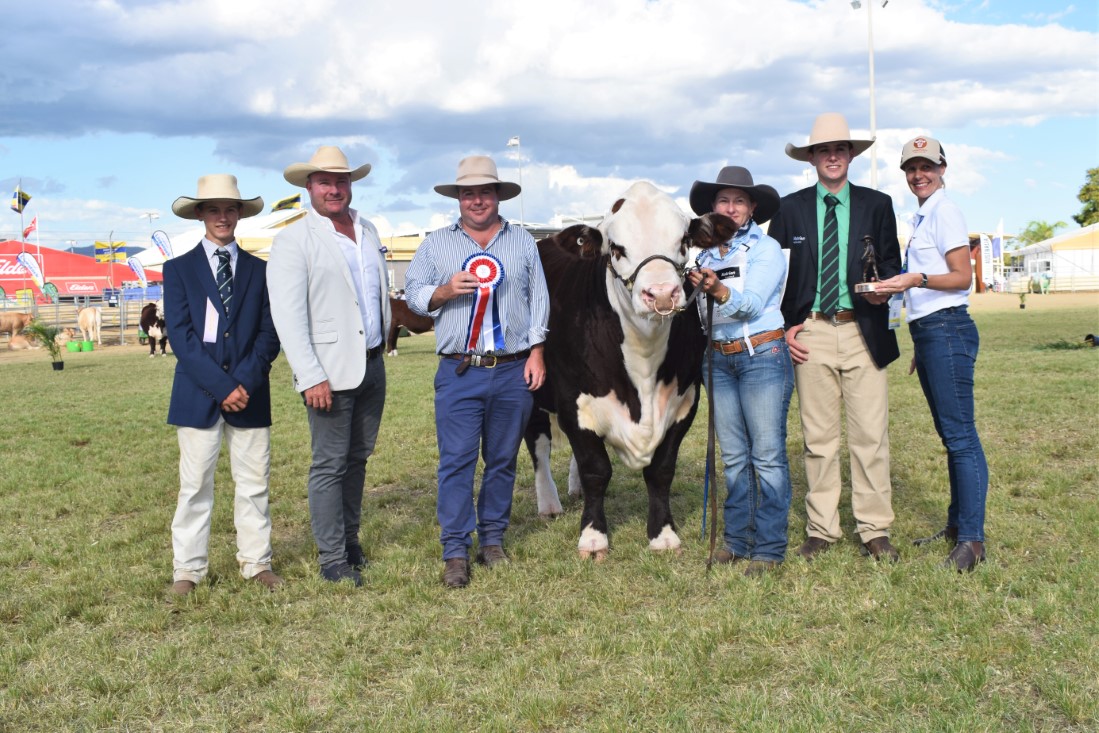 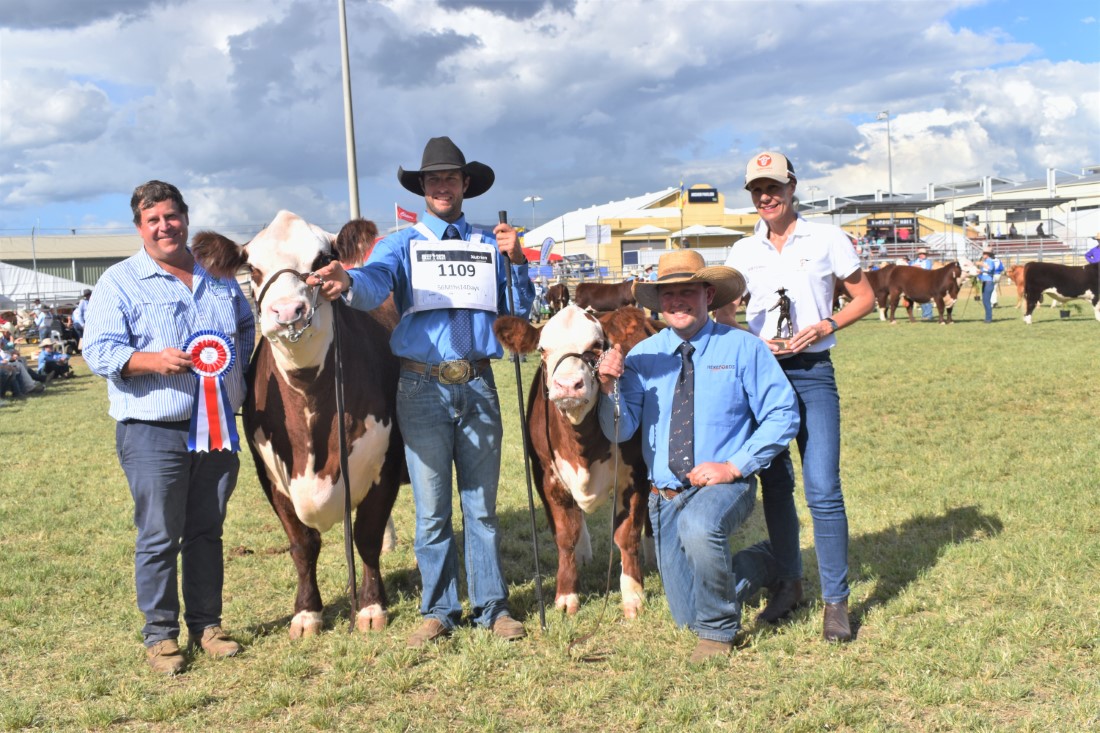 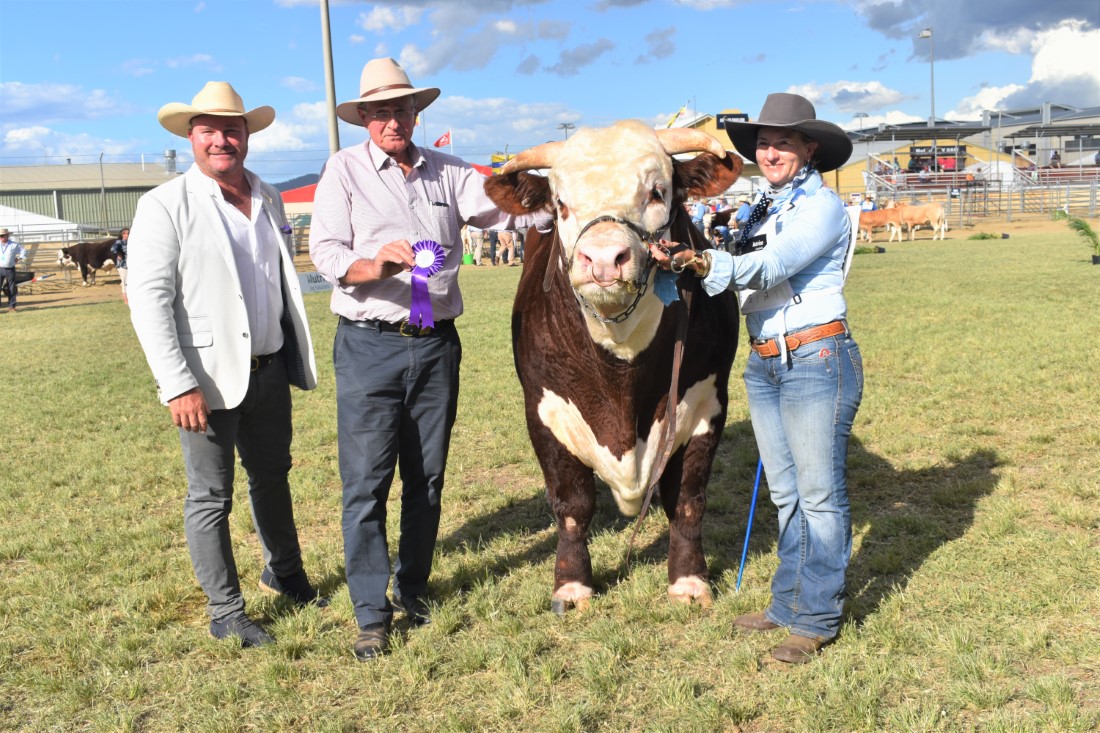 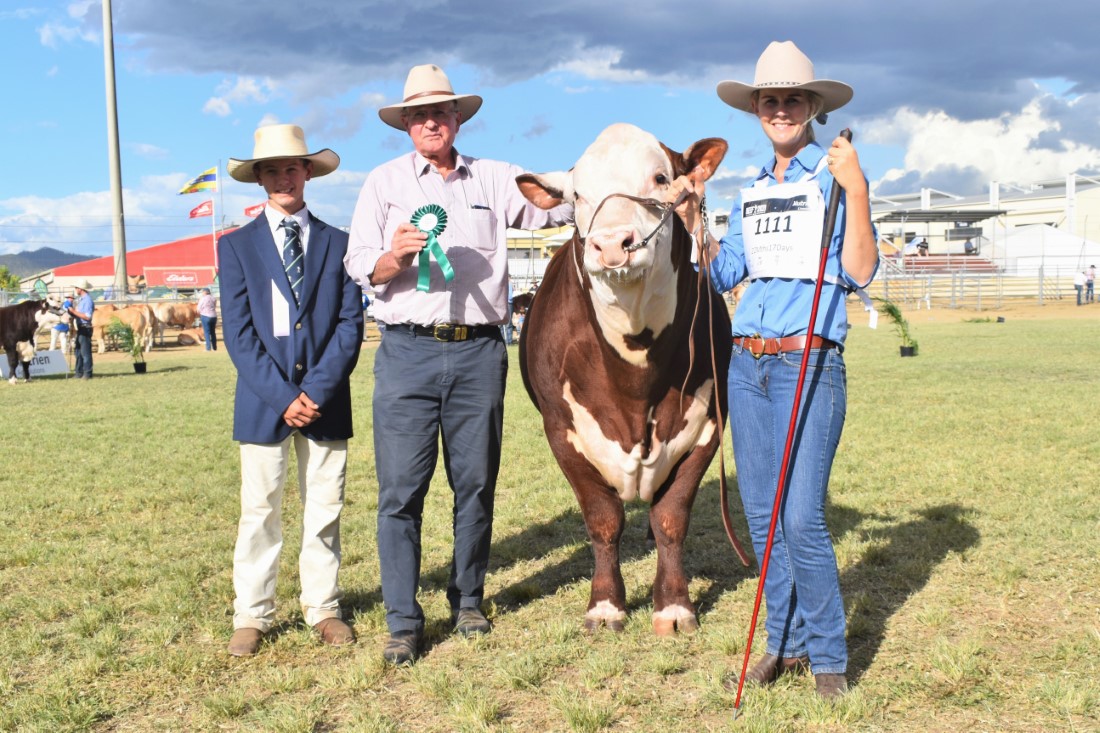 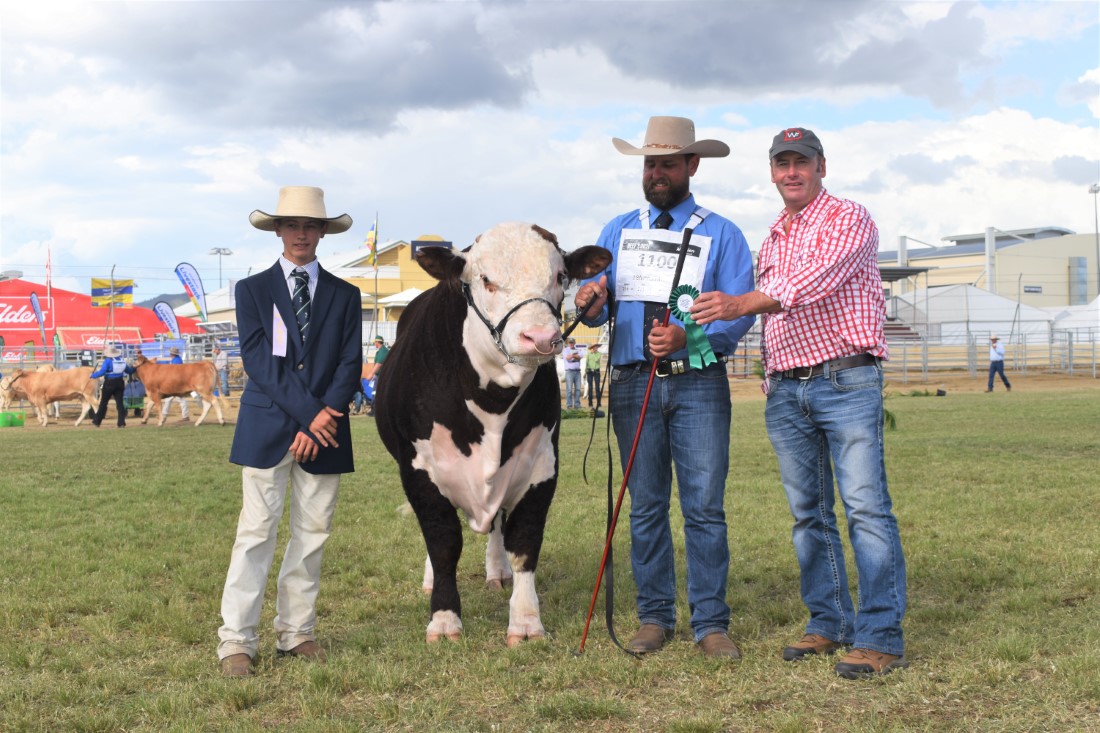 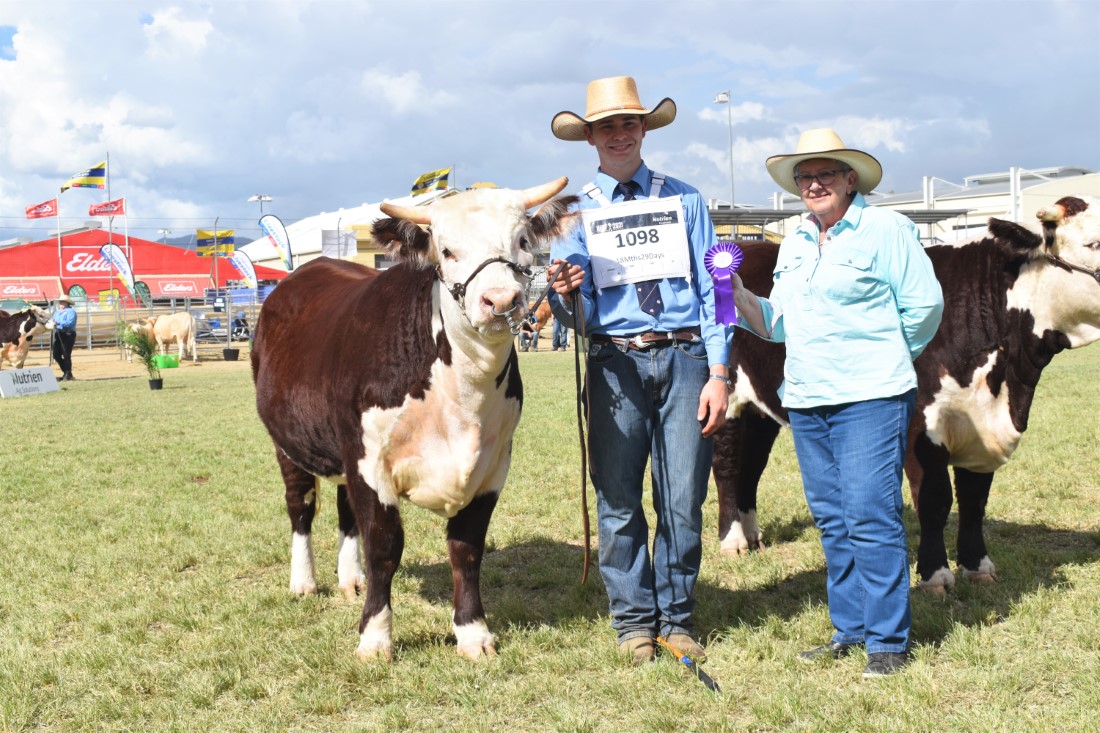 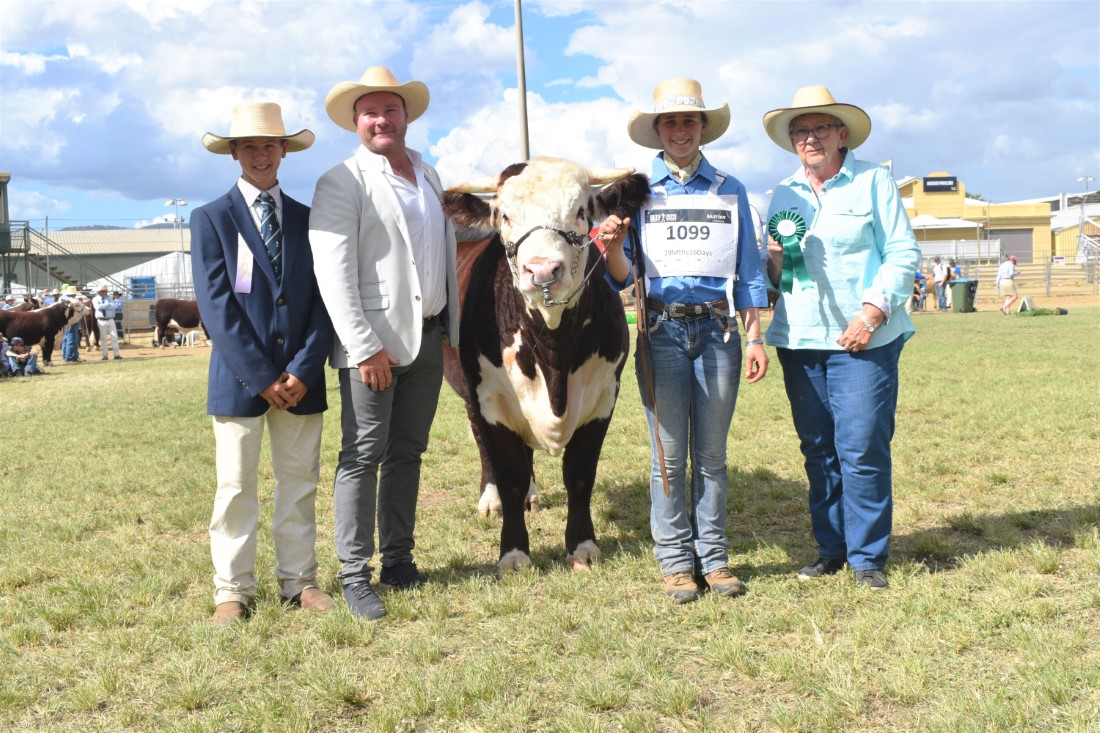 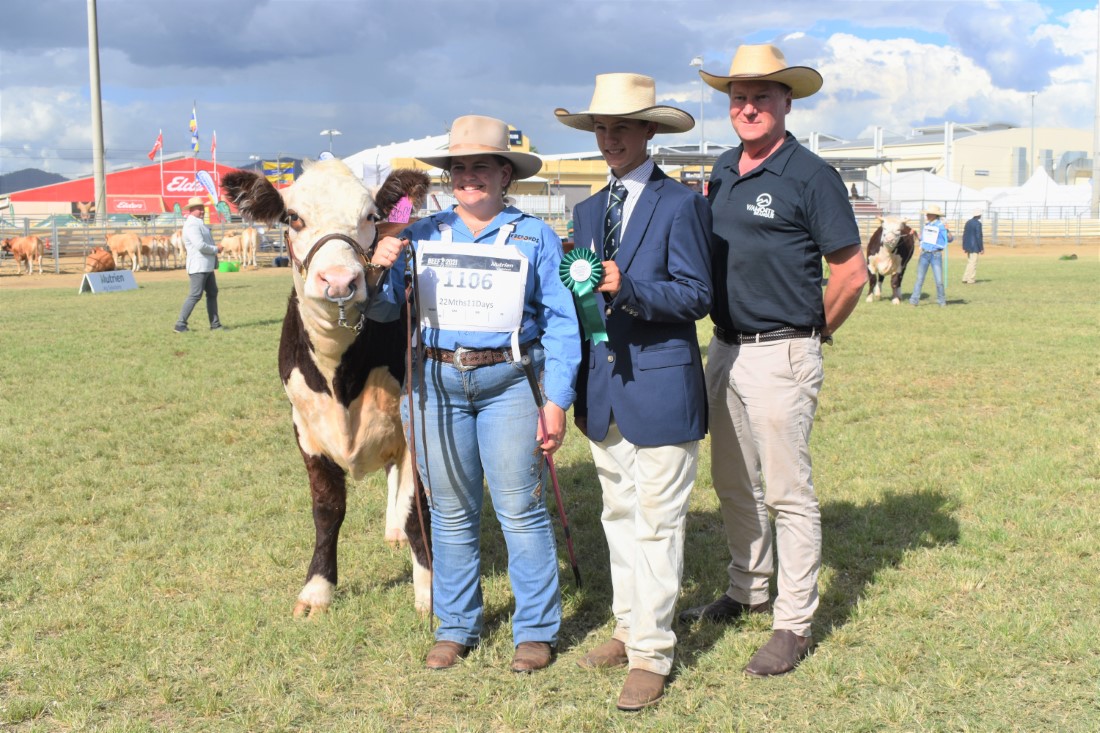 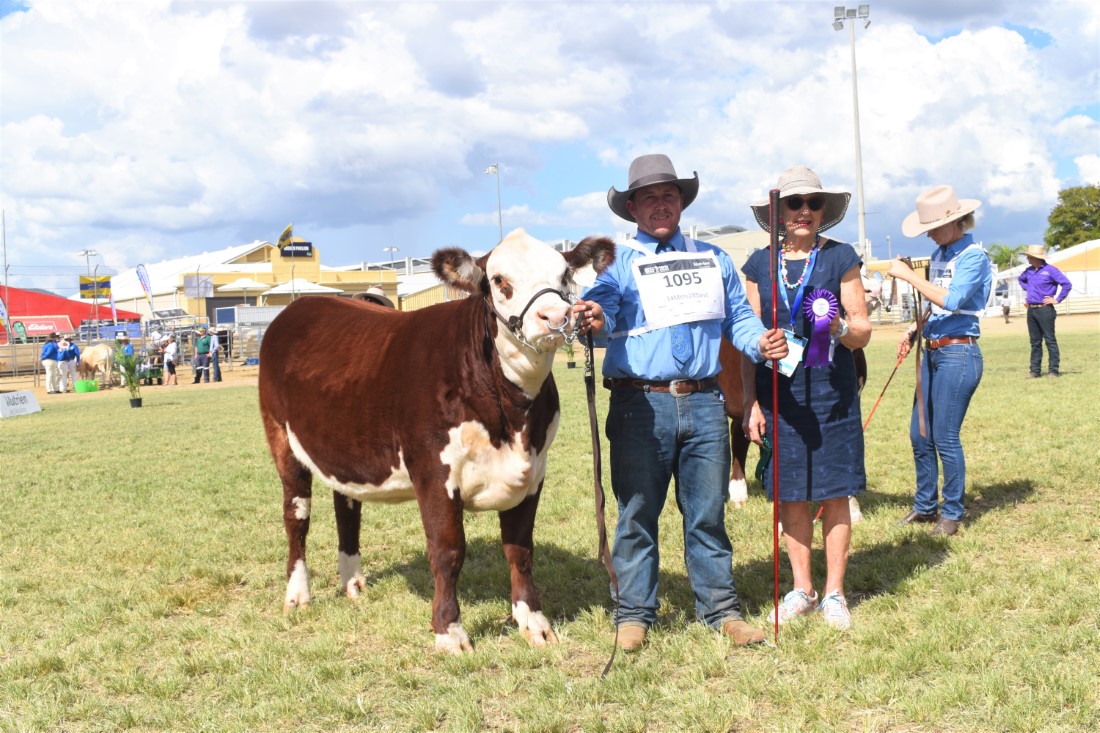 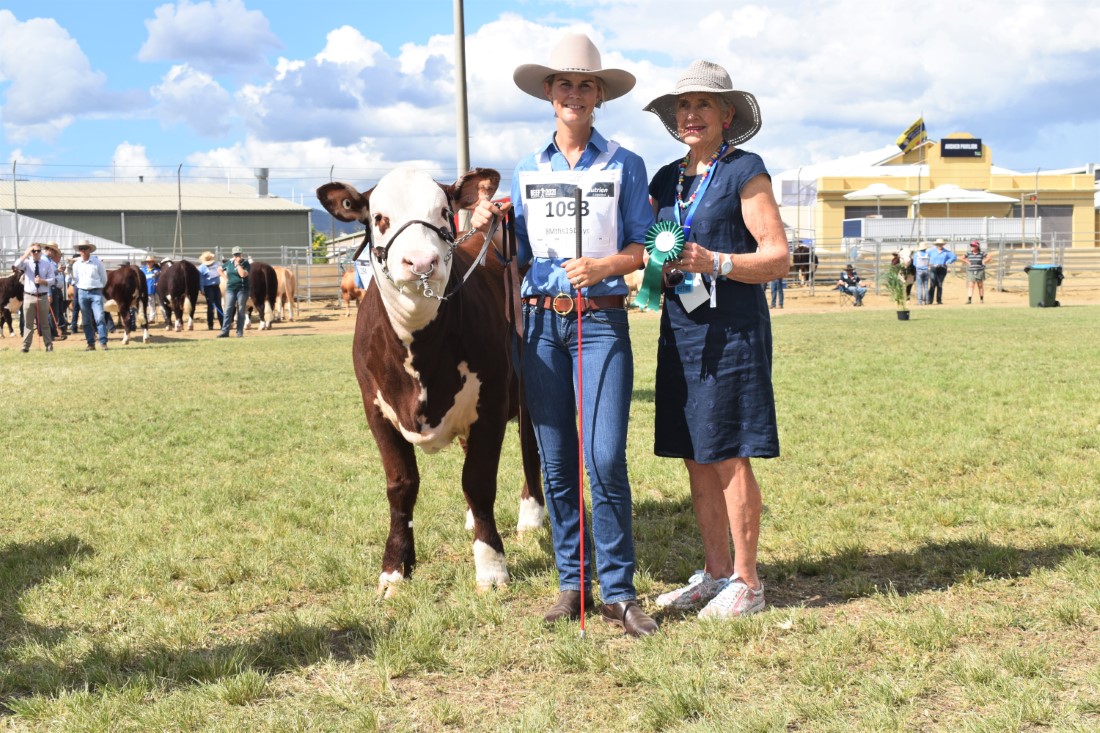