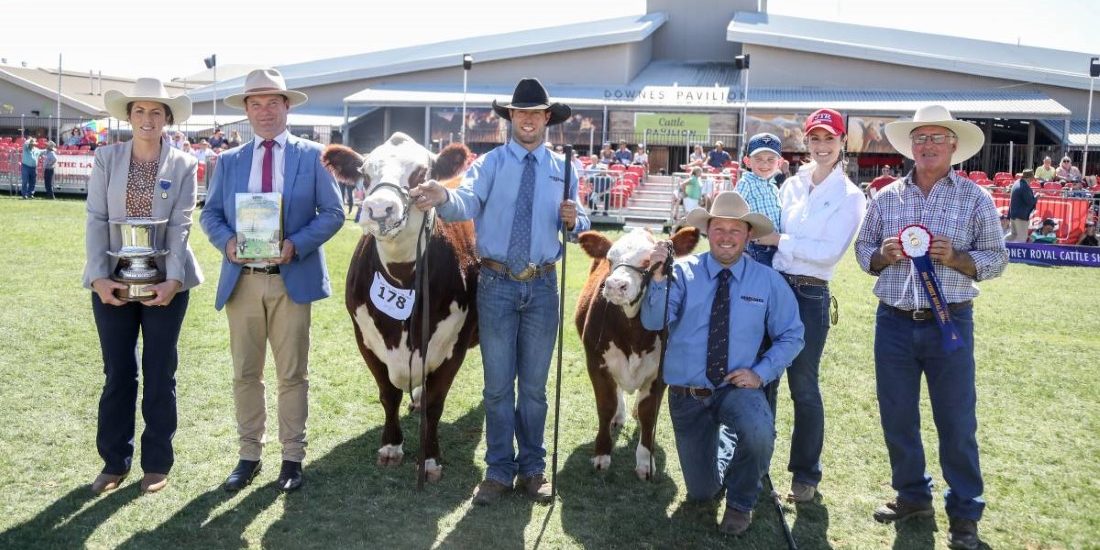 Powerhouse female Wirruna Golden Vanity M261 stormed through the competition at the 2021 Sydney Royal Easter Show to be named grand champion female and supreme Hereford exhibit of the show.

Owned in partnership by Tim and Jemma Reid of JTR Cattle Co at Roslyn and Damien Holloway of Tobruk Poll Herefords at Rowan, Golden Vanity was exhibited with her six-month-old heifer calf at foot.

The Hereford classes were judged by Erin Waters of Andravern Herefords, Lancefield Victoria.

Ms Waters described Golden Vanity as having great longevity and was particularly impressed by her phenotype maternal ability.

“She has got moderate frame; she has got a beautiful udder and she stands on good feet and legs and she is doing a great job on that calf.

“Once you get behind that cow you can see why she is where she is,” Ms Waters told The Land.

Wirruna Golden Vanity M261 was previously under Canadian ownership but was recently purchased by JTR and Tobruk.

Her new Australian owners were so excited about Golden Vanity’s prospect that they purchased her without having seen her in person.

“We took the opportunity and bought her on the spot,”

“With her data and her phenotype, you can’t go wrong. She is way up there with data and breeding calves like that means we are sort of a step ahead of where we need to be,” Mr Reid told The Land.

In the junior female classes Kianma Nancy was sashed the champion ahead of reserve place getter Mulloon Royal Rose.

The 10-month-old Kianma Nancy was out of Bowen Nancy G27 and exhibited by Kierin and Nikki Martin of Forbes.

In the bull ring the grand champion sash was awarded to the junior champion winner; Mulloon Radar, exhibited by Janet Cantwell of Mulloon Pastoral.

The 12-month-old sire is an AI son by Wirruna Lake L55 and out of Sevenbardot Magic L121.

Ms Cantwell – a Herefords Australia Youth member, was delighted with the win and said she “was not expecting it at all.”

Having only a small stud herd of 12 females, Radar is the second bull Mulloon have bred.

In the senior bull classes rising two-year-old sire Te-Angie Quattro Q002 came away with the champion sash ahead of Tondara Mason P037.

The dam’s progeny group was won by Jordan Alexander and Tondara Herefords with progeny out of Kanimbla Harmony K157.

The winning breeder’s group was exhibited by Llandillo Poll Herefords. 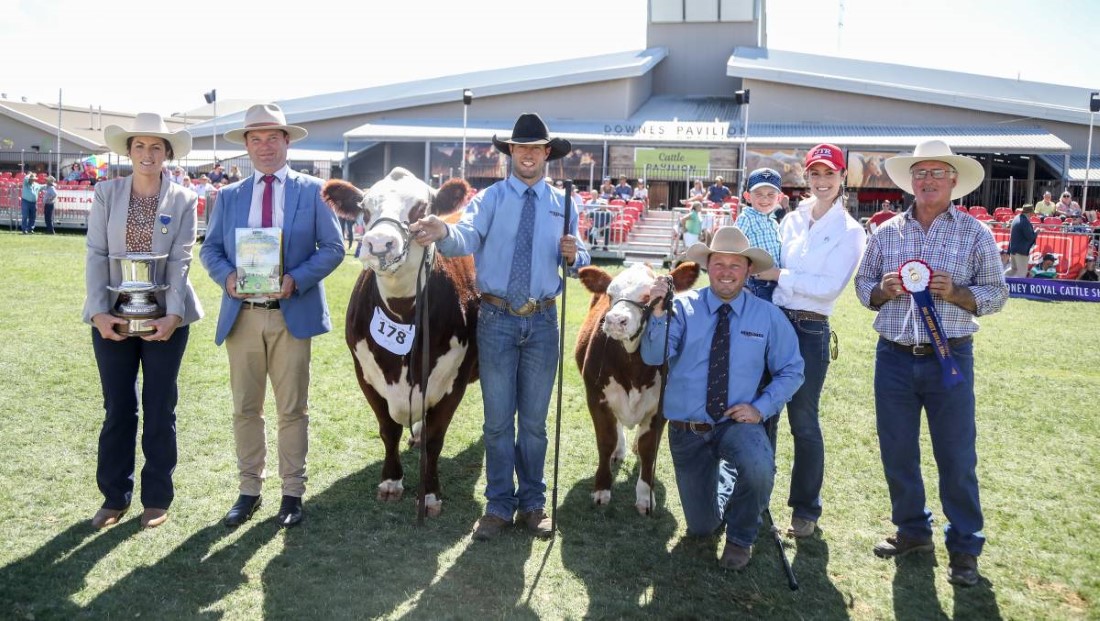 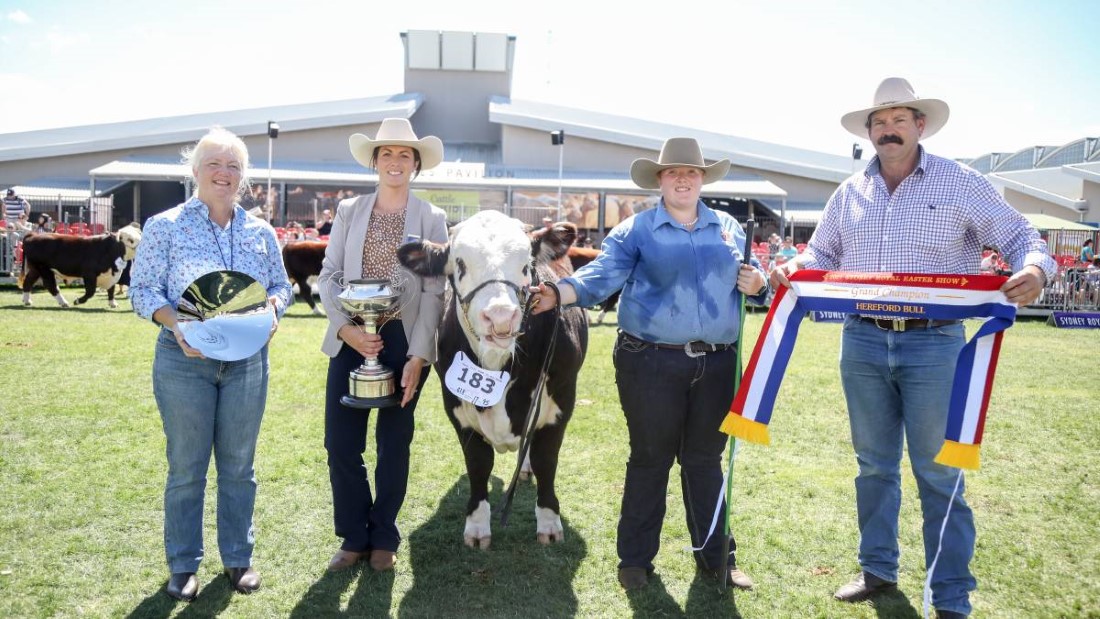 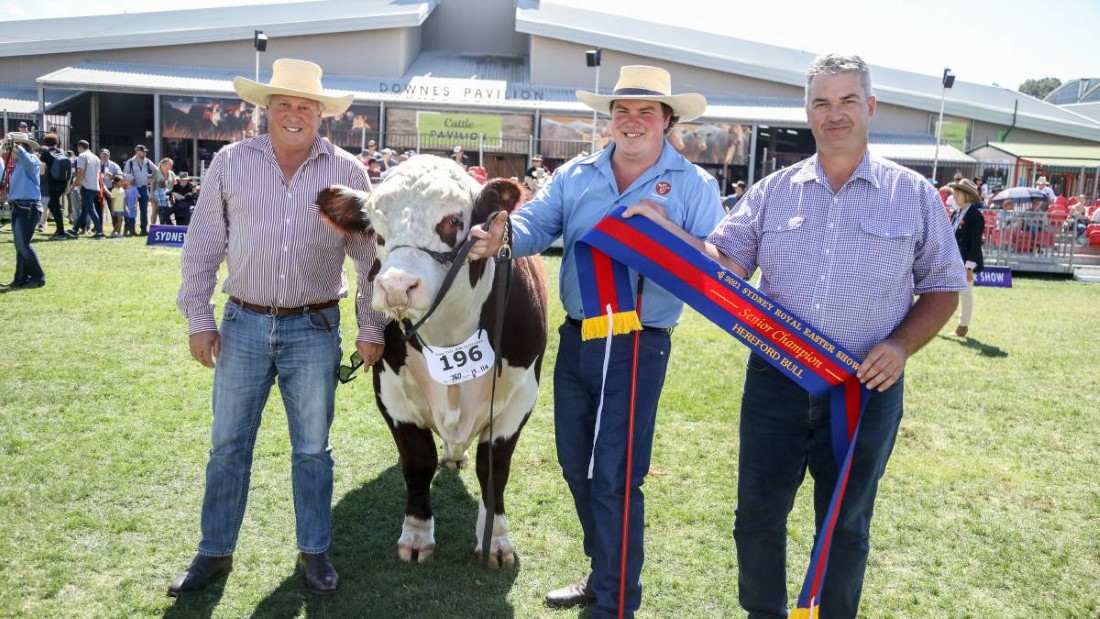 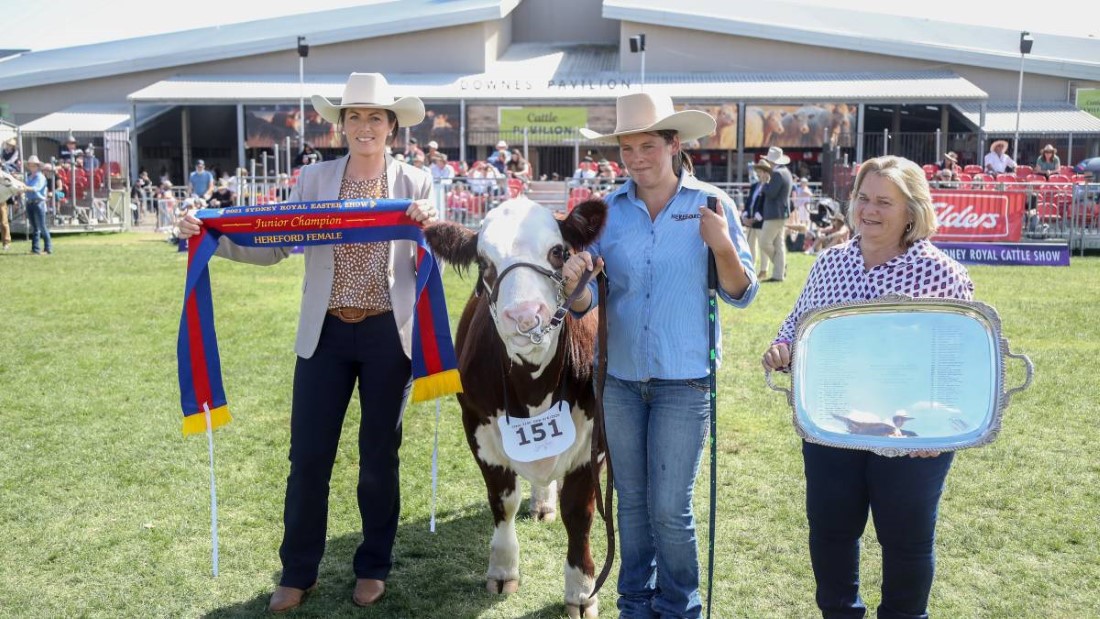 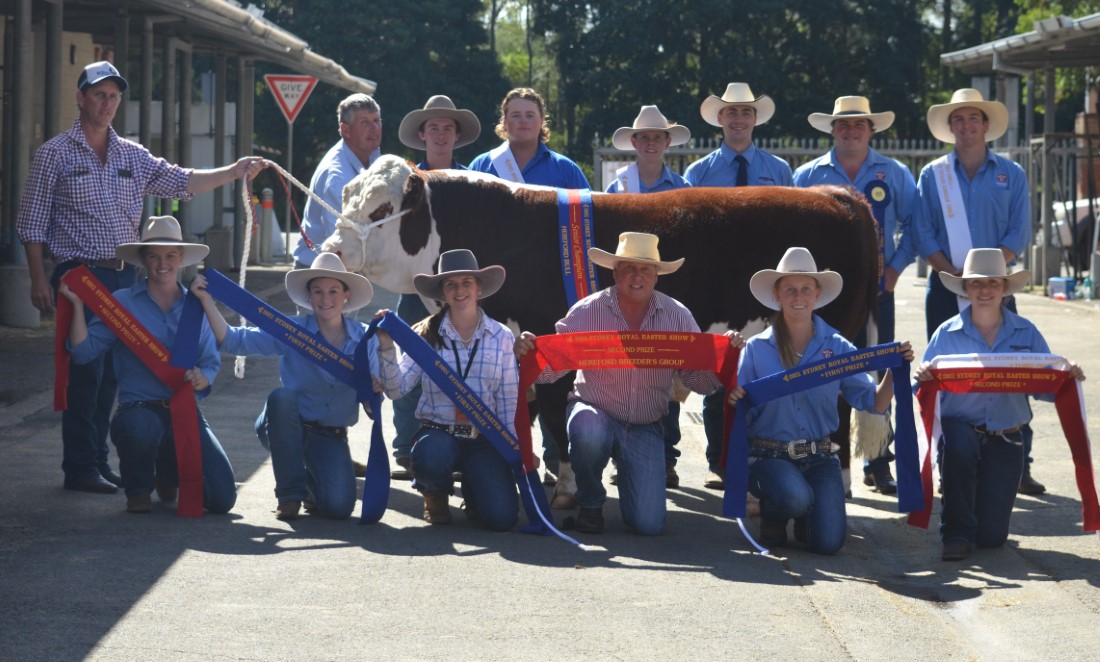 Team Te-Angie with Te-Angie Quattro Q002 and the team’s collection of ribbons from the 2021 Sydney Royal. Photo Courtesy of Richard Ogilvie.