The position of ‘Youth Liaison Director’ (YLD) has once again been appointed by the Board of Herefords Australia. 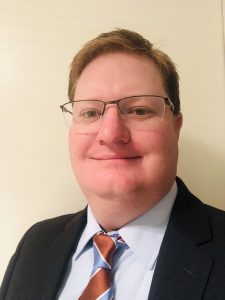 Mr Mark Duthie, Irvingdale QLD, (pictured left) was elected to the HAL Board in May 2020 and has been appointed to this position.

Mr Duthie has plenty of prior experience with the Youth group, having been HAL Youth Ambassador in 2014 and now with his young sons involved in the program.

Mr Duthie said he looks forward to taking on this new role and sees it as an opportunity to “return the favour” after growing up with the Youth movement.

“[Being involved in the HAL Youth group] put me in good stead for my career as an agent and helped with my public speaking.

The role of Youth Liaison Director has been an important role in the past to ensure good communication and a good relationship between the HAL Board and the HAL Youth Committee.

The role of the YLD is to enable and promote consistency of operations between the Herefords Australia Youth Committee and the Board of Directors.

The addition of Mark Duthie to the role of YLD will give the Youth Committee the support and mentoring required to assist with the current range of Youth events as well as assisting the Youth movement to align with the strategic direction and plan of Herefords Australia.

It is envisaged that the appointment of a YLD will create greater engagement between the HAL Board of Directors and the Youth members of HAL.

Herefords Australia General Manager Andrew Donoghue praised the work of the HAL Youth and says the role of the YLD will be to help the Youth Committee with their events and to maintain a strong relationship between the HAL Youth and the HAL Board.

“Our Youth Committee and members do a fantastic job with educational and promotional events.

“Having a liaison director gives the Youth Committee the support that they need when planning these activities and also provides mentoring from a Director who was actively involved in the Youth movement previously,” Mr Donoghue said.