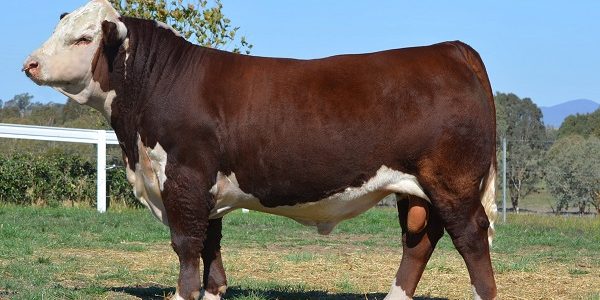 The junior champion bull in this year’s online Wodonga National Show; Kanimbla Power Town P067 has gone on to take out the grand champion title of the show.

“What we’ve got [in this bull] is something really rare, and that’s a combination of muscle and softness, doing ability and constitution combined with an extra bit of pizzazz and sire power that you don’t see every day,” Ms Halliday said.

Power Town weighed 916 kilograms with a scrotal circumference of 42 centimetres with 200, 400, and 600-day weight BREEDPLAN EBVs in the top 10 percent of the breed.

“He just blew my mind when we saw him in the class, and to me he’s a clear winner,” Ms Halliday said.

Jim McWilliam of Kanimbla Poll Herefords was delighted with the result and said they had received a lot of positive feedback on their bull.

Mr McWilliam said that Kanimbla aim to produce cattle that are “functional and consistent” with the ability to move the Hereford breed into the future.

“We want our cattle to be high muscling without losing maternal traits, and backed by a strong cow family,” Mr McWilliam said.

The 20-month-old bull was sired by New Zealand sire Monymusk Gallant 110089 and weighed in at 838 kilograms with a scrotal measurement of 42 centimetres.

Ms Haliday described Rocket as “a magnificent package of phenotype and genotype.”

In the intermediate classes the champion title was awarded to 21-month-old Tarcombe Homeland P177 exhibited by Tim Hayes of Tarcombe Herefords, Ruffy, Victoria.

Ms Haliday loved Homeland’s mobility and power, as well as his ability to bring about change in the Hereford breed.

“Every now and then you come across special bulls that bring about change and change that is really needed.

“For him what he adds to the breed is extra muscle without losing the softness and the doing ability,” Ms Halliday said.

The June 2018 drop sire weighed 914 kilograms with a scrotal circumference of 35 centimetres.

Ms Halliday described Prime Time as stylish and balanced, with a lovely soft muscle pattern and lovely extension through his front end.

Ravensdale Poll Herefords took a clean sweep of the Senior division, taking out both the champion and reserve titles with Ravensdale Trojan P007 and Ravensdale Spitfire P047.

Sired by Kidman decker H273, Trojan impressed the judge with his combination of mobility and genetic strength.

“It was [his] combination of structural correctness, genetic potential and phenotypic excellence that put this bull right up in the top of the senior section,” Ms Halliday said.

“I love the way that he moves, he has such presence and appeal,” Ms Halliday said.

Most successful exhibitor of the show was awarded to Ravensdale Poll Herefords.

Ms Halliday said it was a “real pleasure” to judge the Herefords Australia National Show (Wodonga) and commended all breeders and vendors on the quality of the animals exhibited.

“I’d like to thank the Hereford team for the opportunity to judge, it’s been a wonderful experience,” Ms Halliday said. 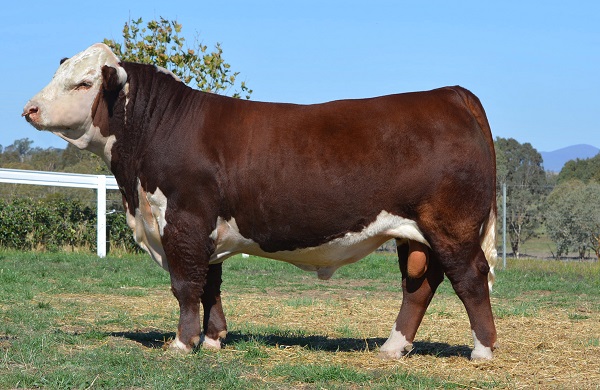 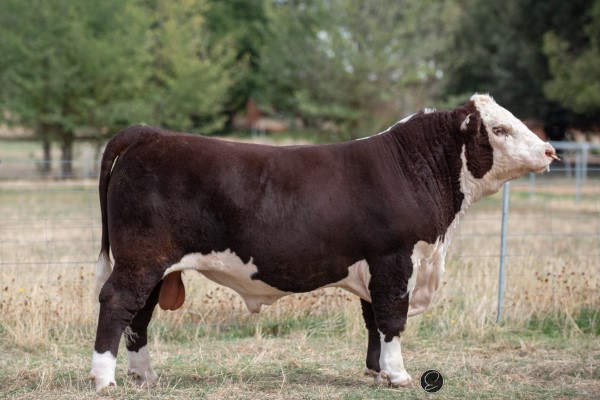 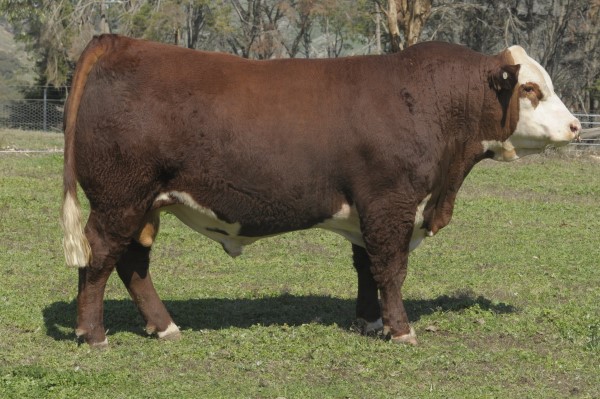 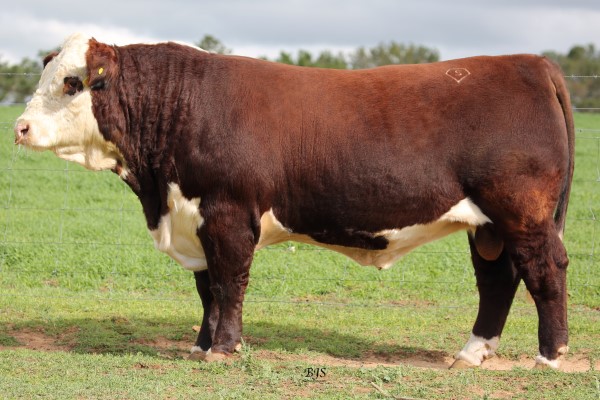 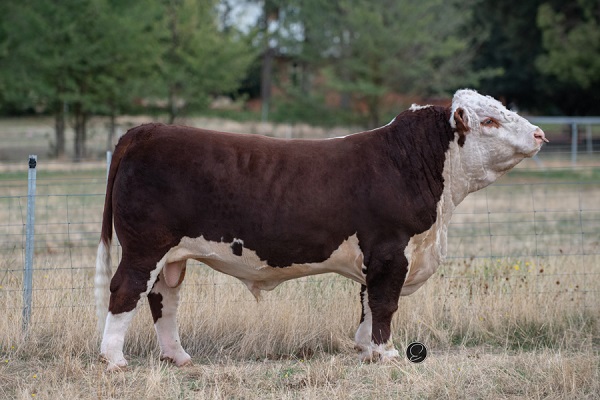 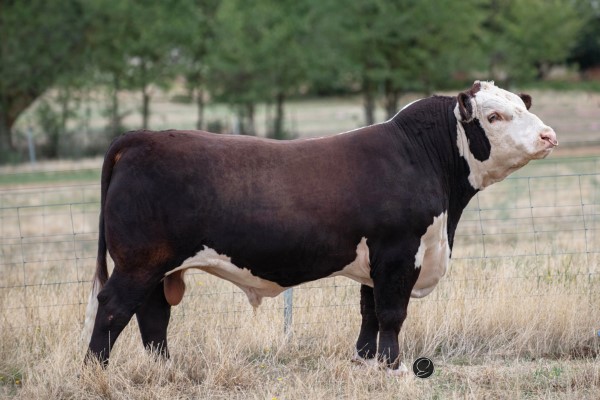