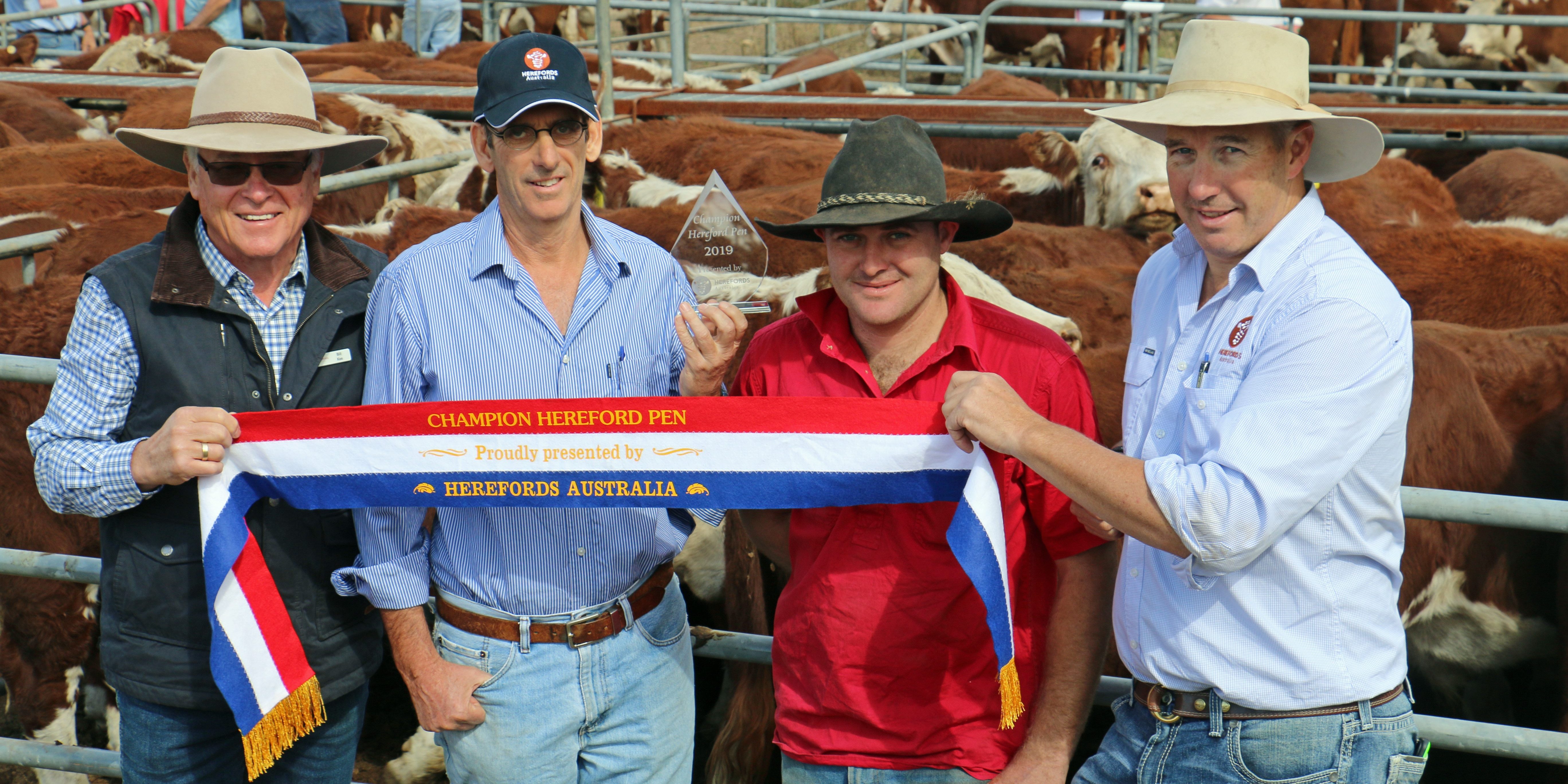 The Victorian mountain calf sales continued at Ensay on Wednesday morning with a strong yarding of 1300 head of Hereford and Hereford-cross steers and heifers.

Whiteface steers sold for a top price of $1220 and heifers hit $1070 due to strong competition from two live export orders.

Hereford heifers were the talking point of the morning, ranging from $1070 for the top heifers to $320 for the lighter end of the sale to then average $651.

“It’s repeat buyers that make these sales, people that buy the cattle, get a good result and then just keep coming and buying these cattle.

“Repeat buyers are worth gold to us and are greatly appreciated.” Mr Davies said.

The Herefords Australia champion sash for best presented pen of pure Herefords was judged by Coles national livestock manager (beef) Stephen Rennie and awarded to Reece and Wendy Newcomen with their pen of 62 Newcomen blood steers.

Reece and Wendy offered 118 Autumn drop steers and 32 heifers at the Ensay sale, with their top pen of heifers making $1030, which was over $100 more than last year.

Mr Newcomen was very happy with the sale results with the heifers, although admitted he would have liked a bit more for the steers.

“I was hoping for a little bit more (with the steers) sort of closer to the $1000 mark but that’s the environment and market we’re in at the moment.” Mr Newcomen said.

The top price of the sale was fetched by Barry and Topsy Newcomen with their opening pen of Shorthorn/Hereford steers making $1220 or approximately 309c/kg, based off an estimated curfew weight of 394kg.

Barry and Topsy also made the top heifer price of the sale with their pen of 21 Hereford heifers selling for $1070 to the live export market.

Morgan Davies was very impressed with the strength of the heifer market on the day which boosted the overall average of the sale.

“It was very competitive and that helps the average.” Mr Davies said.

The market dropped for the lighter ends of the cattle due to the widespread poor season with many areas facing their third dry year in a row.

Mr Davies quoted the middle runs of cattle to have made between 260 and 285c/kg while the lighter calves made approximately 240-250 c/kg.

Although the conditions have been difficult, Mr Davies identified the lighter cattle as potentially being the most rewarding once the season breaks.

“The people that are prepared to take the punt on the season and buy those little cattle, they’re going to be the most rewarding financially.” Mr Davies said.

The quality of the cattle on offer was commended by buyers and agents, with praise being offered to producers for presenting their cattle in such healthy condition.

“The calves were good and quality sells, hats off to the guys that produce them.

“We’re all pushing together on this, it’s a tough season and we had great buying support today.” Mr Davies said. 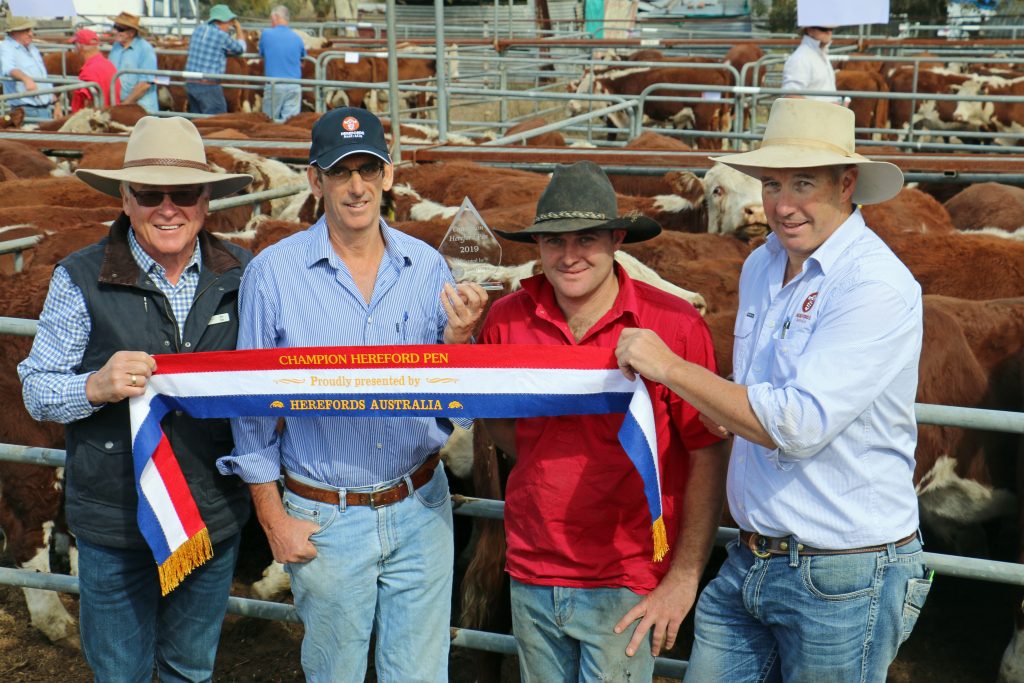 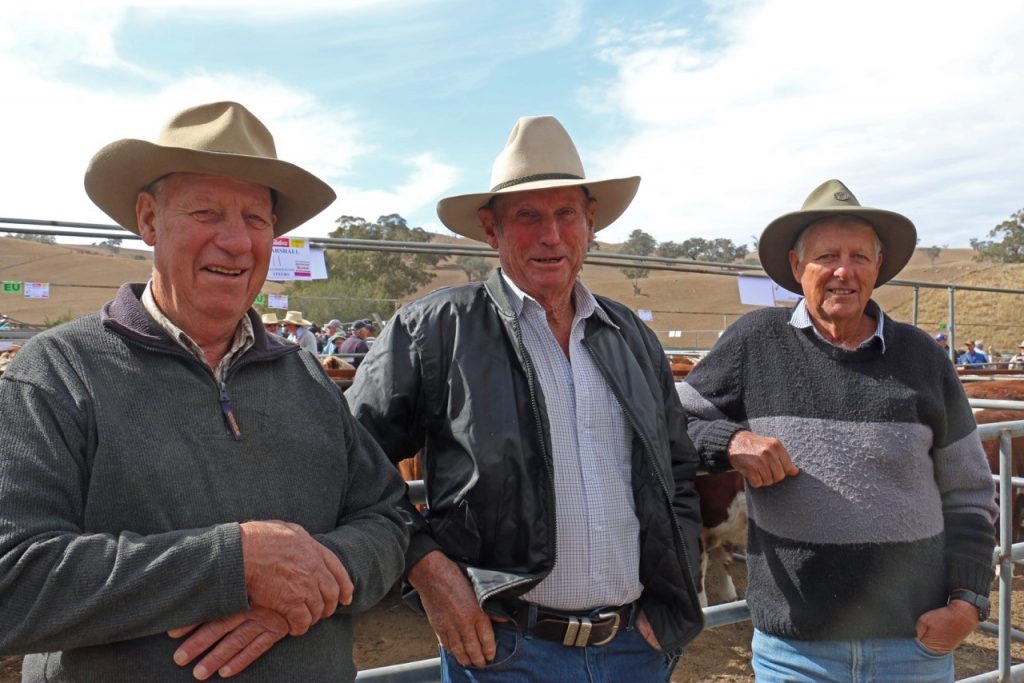 Murray Evans, King Valley, Graeme Hughes, Whitfield, and Bernie Evans, Oxley Flat, were among the crowd of spectators enjoying the atmosphere of the Ensay Weaner Sale. 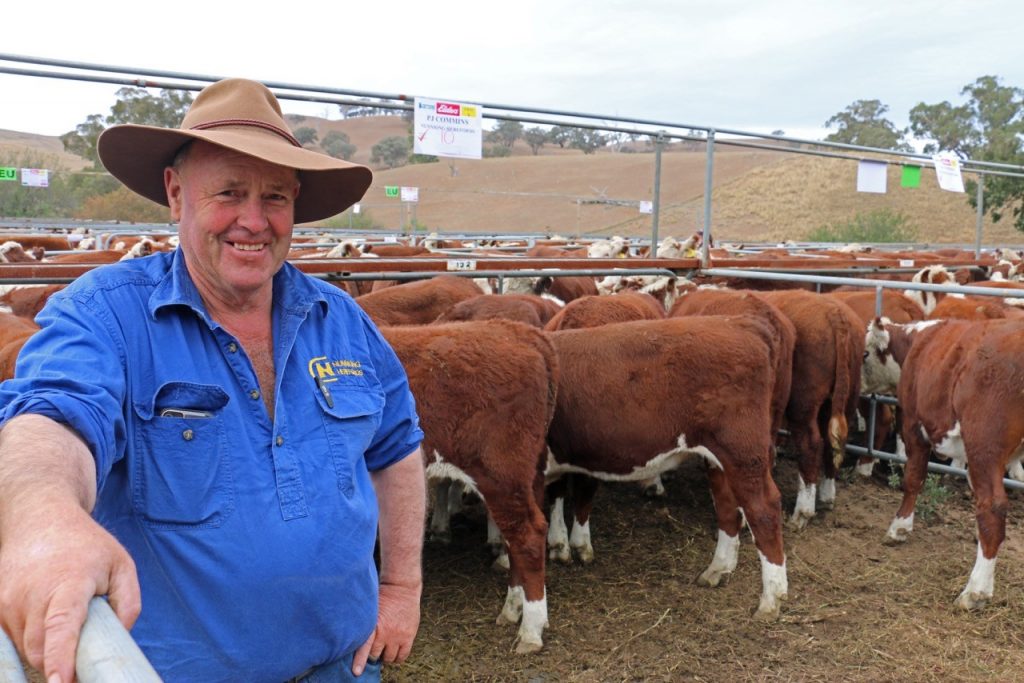 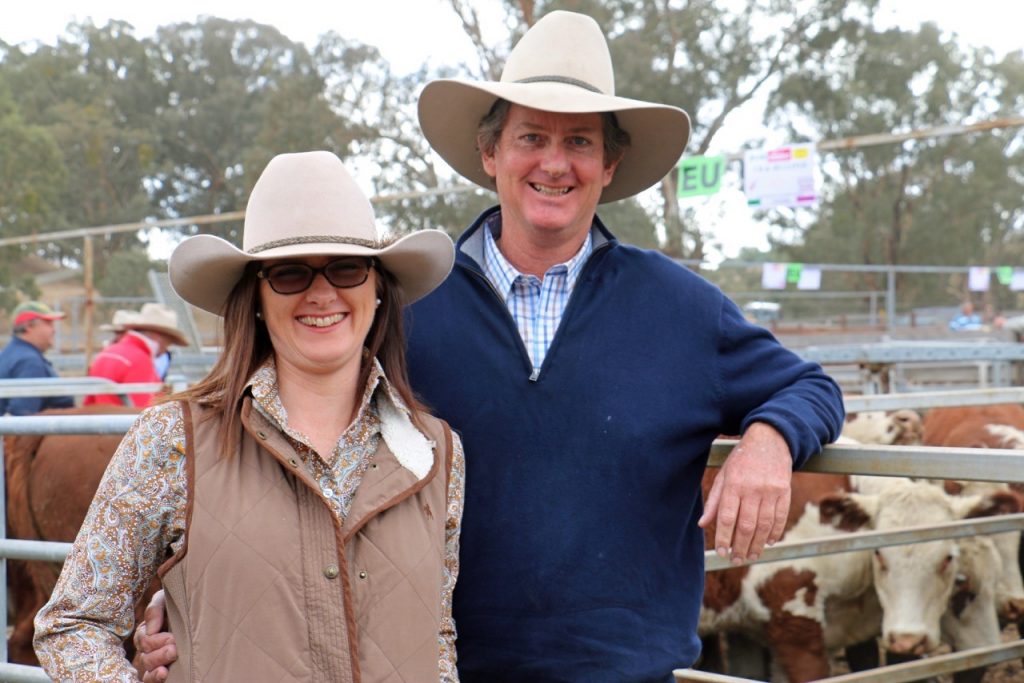 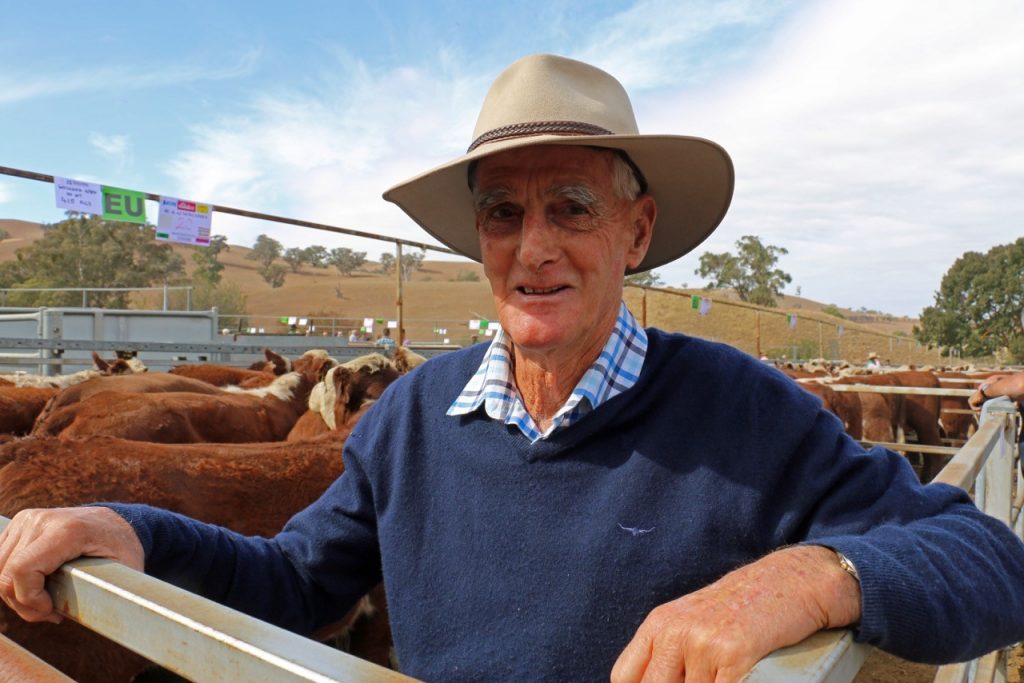 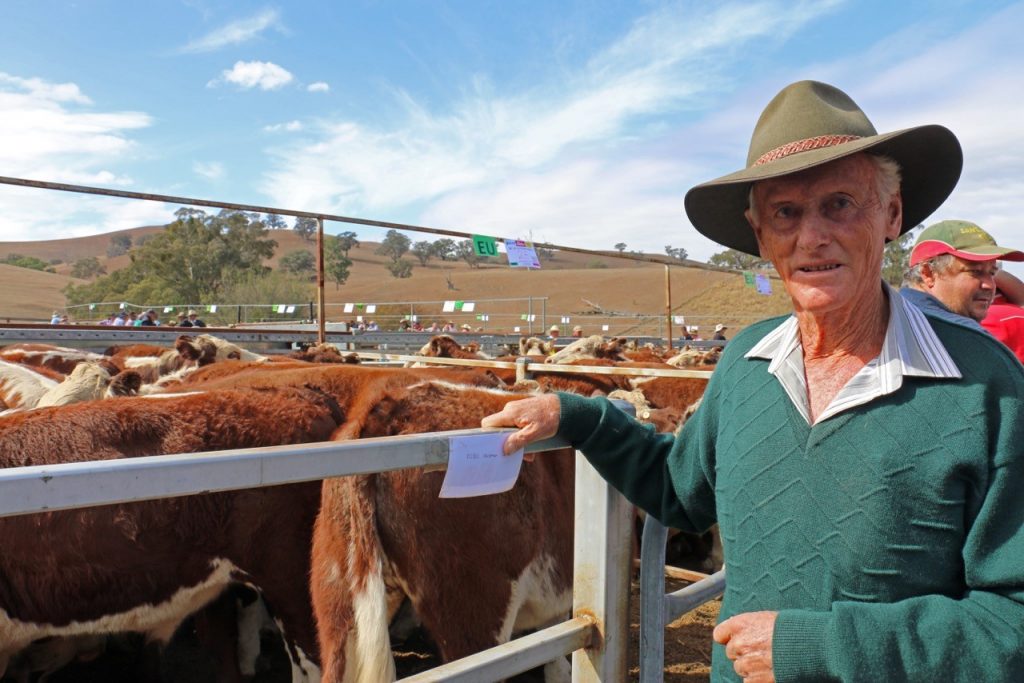 Evan Newcomen, Ensay, was the volume vendor on the day and sold Shorthorn-Hereford steers to $1200. 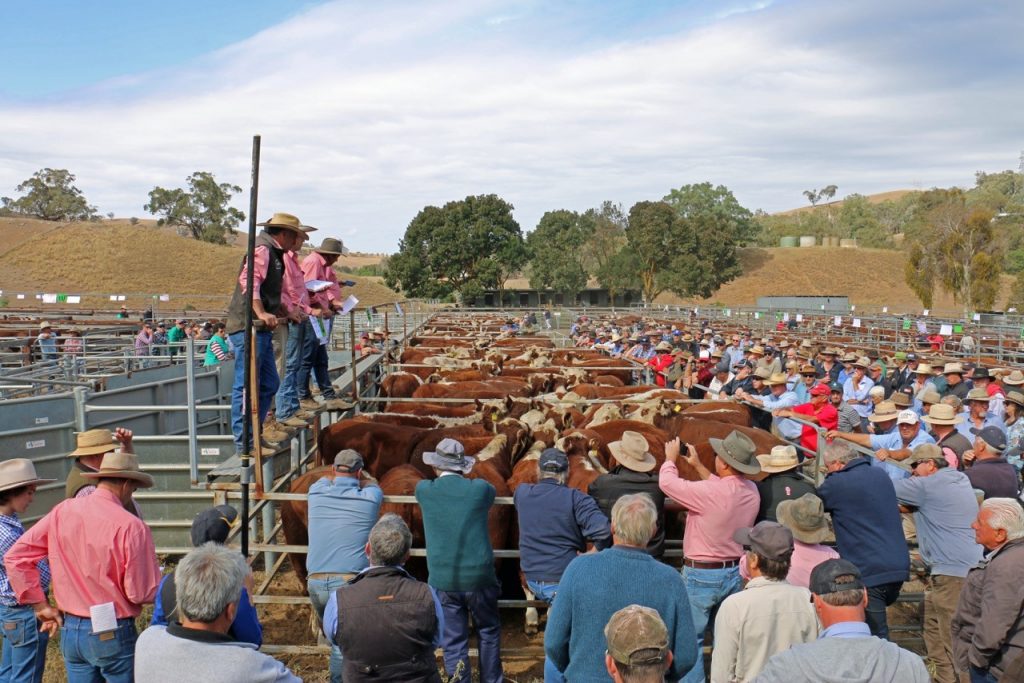 There was barely elbow room on the rail with a large buying gallery at the Ensay sale. 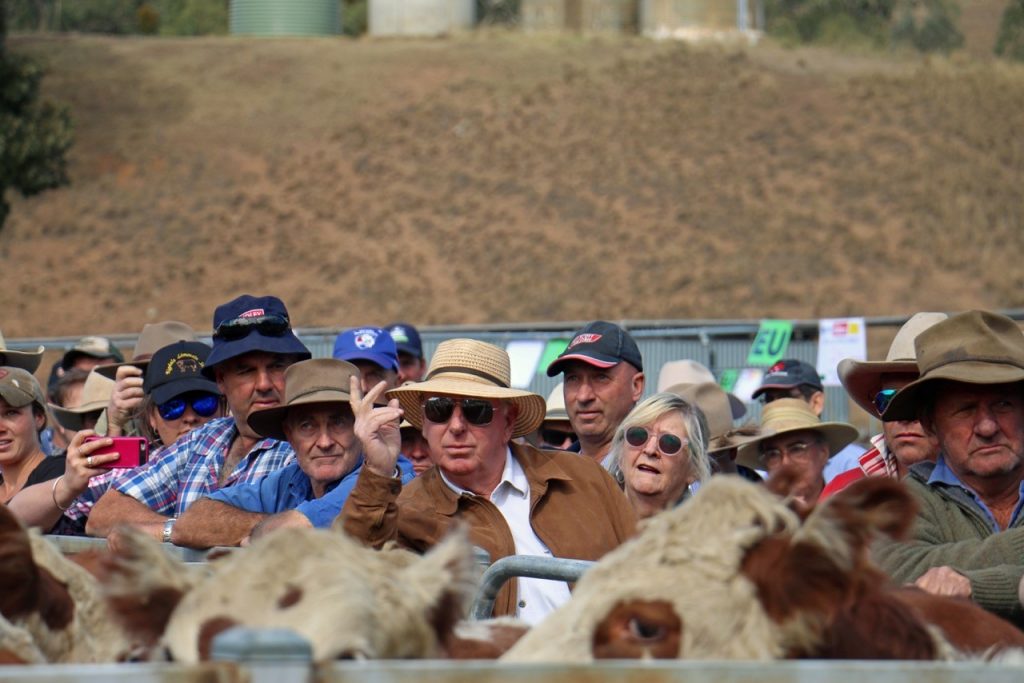 Repeat buyer Arthur Angliss, Romsey, gets in a successful bid for the top pen of Shorthorn-Hereford steers at $1220. 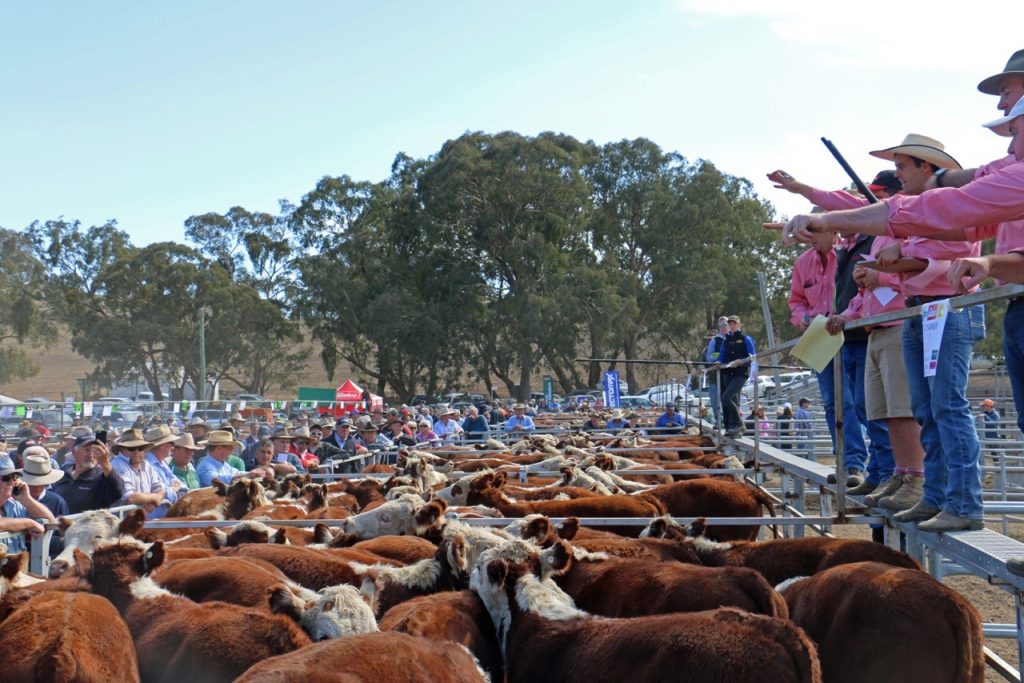 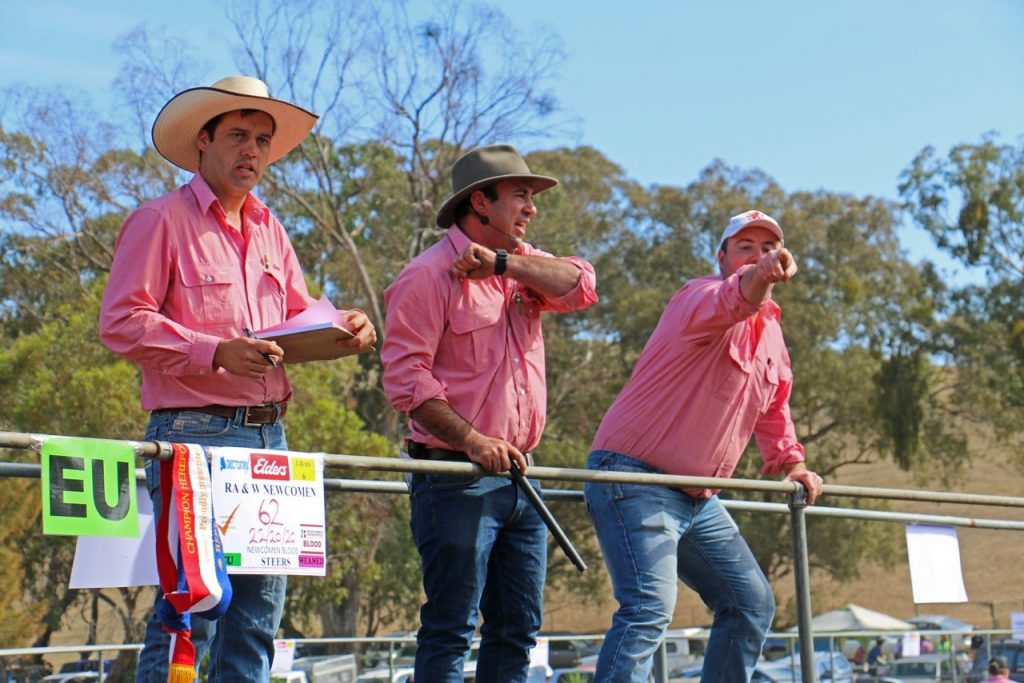 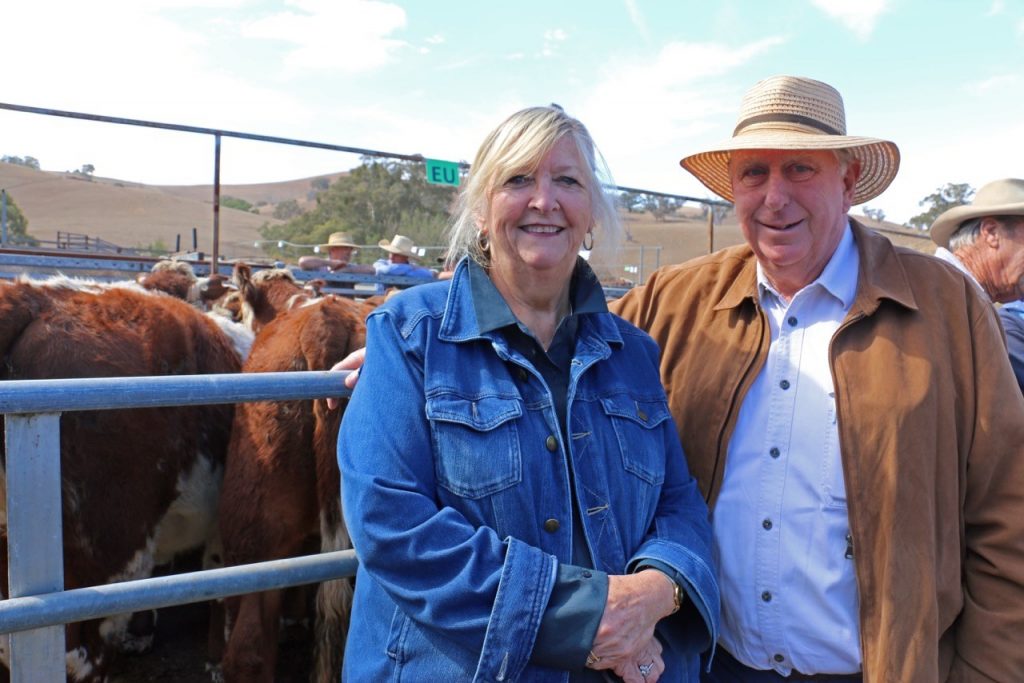 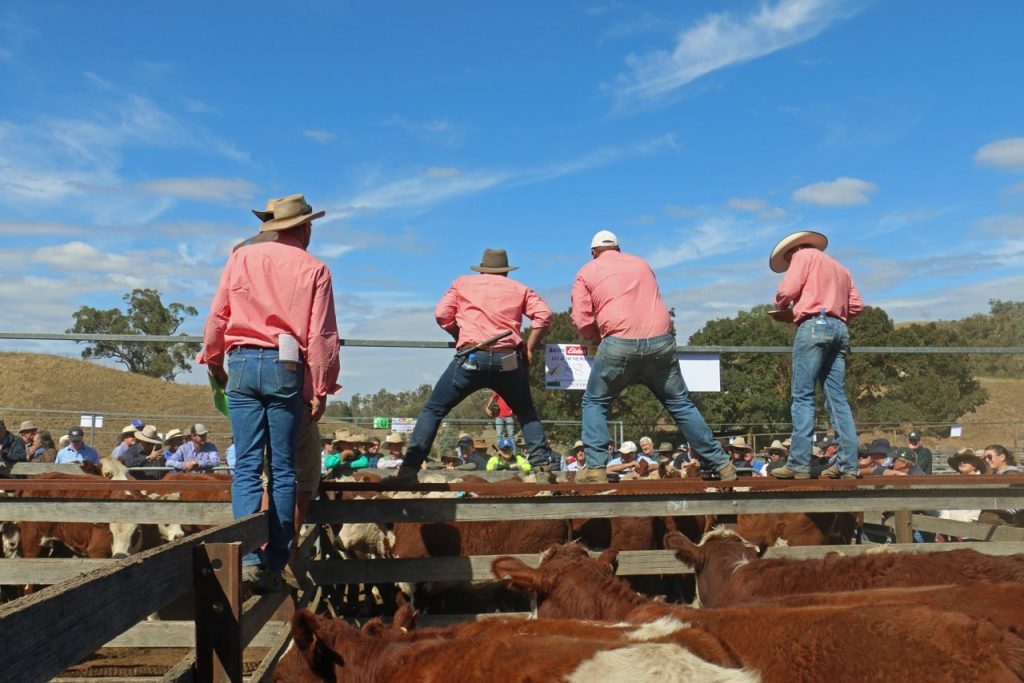 The bids flew thick and fast in the heifers as restockers struggled to get a look in with two major export orders operating. 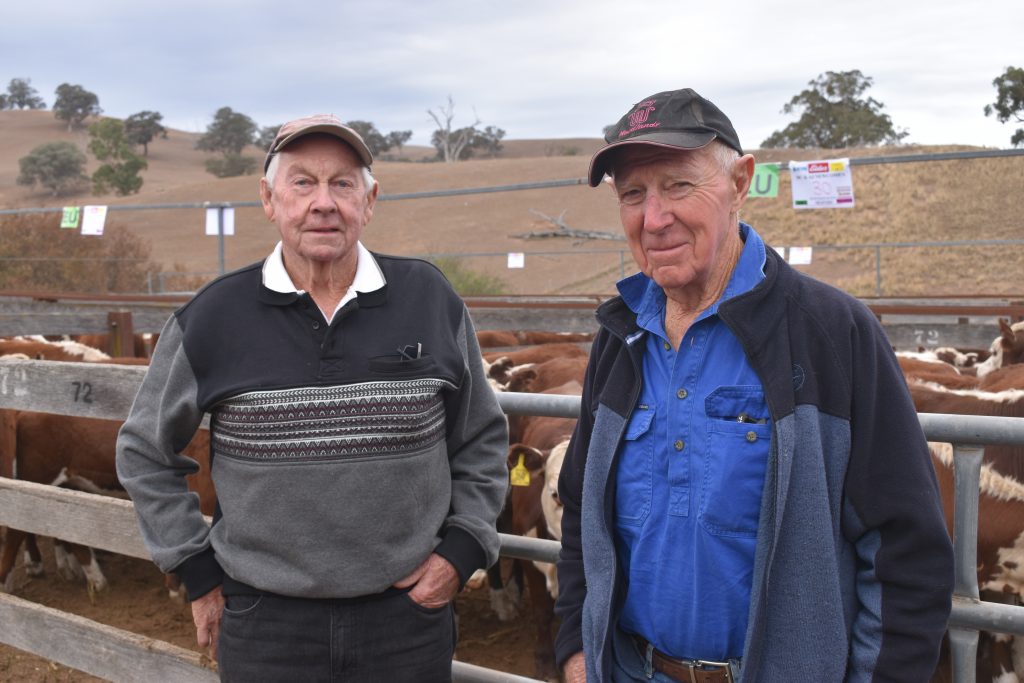 Neville Langlands of Wantabadgery (formerly of Bidgee Poll Herefords) purchased 47 Hereford steers at Benambra, before catching up with old school friend Bob Smith of Sydney at the Ensay sale. 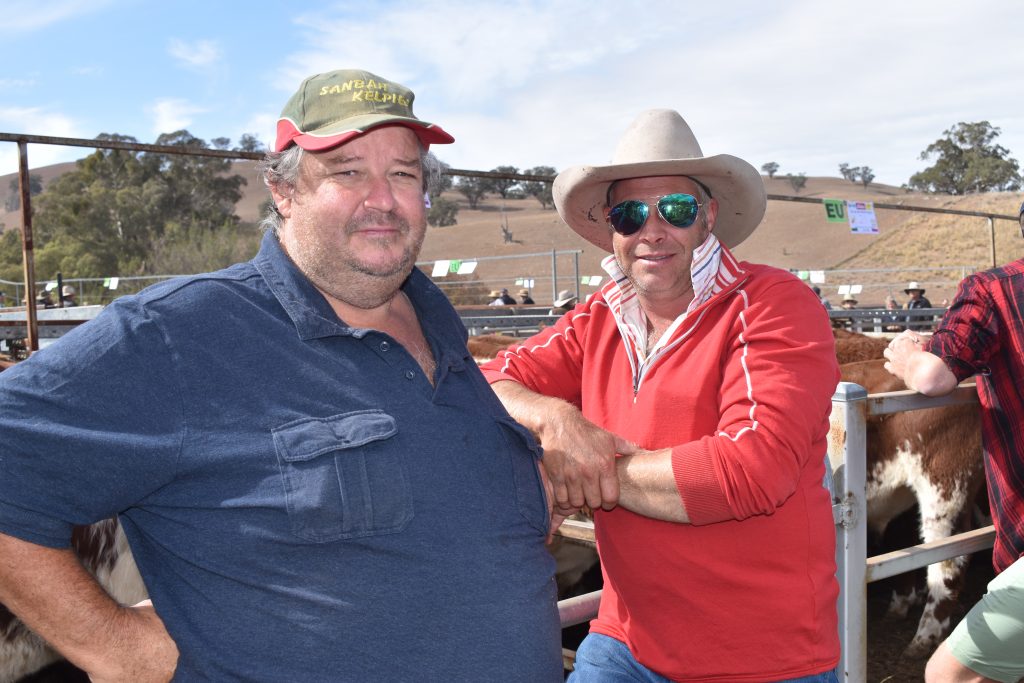 Darren McAinch, Yanakie and Linton Price, Macarthur were impressed with the quality of the cattle offered at Ensay.