This was a record top-price for a Poll Hereford Bull sold at a Tasmanian Auction. . Aneika and her parents Debbie-Lee and Chris have been long-time supporters of the Chester Bull Sale, paying high prices for bulls at previous sales.
Yavenvale Poll Herefords from NSW purchased 2 Chester Bulls for $19,500.
Scott and Anna Anderson from Killara on Flinders Island have always supported this Poll Hereford sale and this year it was no different. They purchased 4 bulls from both studs to $15,500 for Chester Decker M070.
A new buyer, NJ and MA Monks, paid $10,000 for Chester Enforcer M048 and The Penny family from Frankford bought 2 bulls to $8,000 and Elphinstone Ag from Burnie purchased 4 bulls from both studs to $7,500

The Chester average price was $8,280 which is the highest average for any breed sale in Tasmania this year. 25 bulls were offered and all were cleared. A very pleasing final result for Bruce and Katrina Archer and their sons Andrew and Sam. 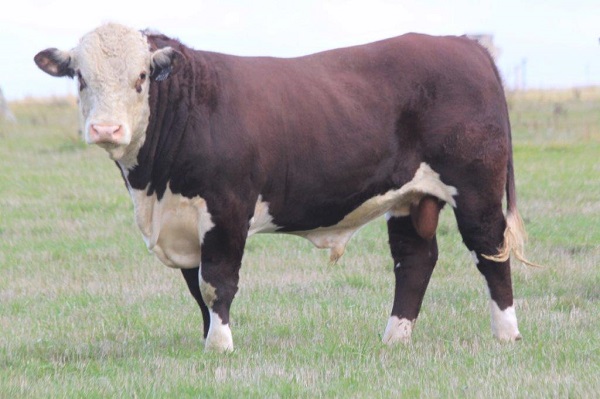