Buyers Snap Up Whiteface Steers to 340c/kg at Casterton 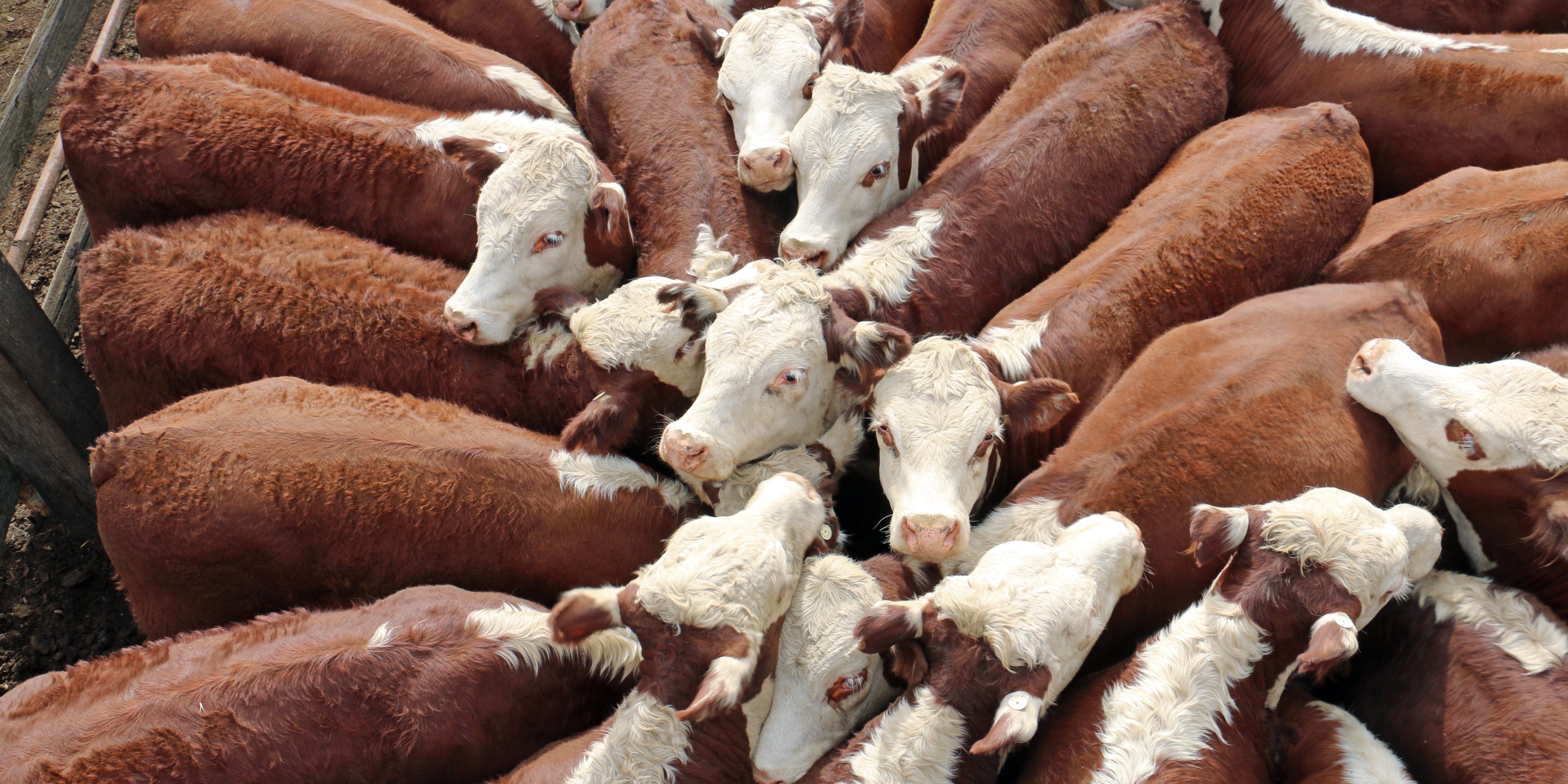 Grass fed steer finishers bolstered by an export order resulted in prices topping out at 340c/kg for autumn drop Hereford weaners at Casterton on Tuesday.

Pre-weaned Hereford cattle of known performance and genetics were highly sought after for finishing for the grassfed markets.

Many pens also headed to South Australia for grain finishing.

Vendors had rounded down their expectations after last year’s dizzy heights with most placing their faith in the 320c/kg mark, or $1/kg less than 2017.

The steers were snapped up for 340c/kg by Pinkerton Palm Hamlyn & Steen, Mt Gambier, SA.

Mr Lawrence had expected the lightweight calves to sell well but was disappointed with his top pen weighing 371kg bringing 309c/kg. His seconds weighing 325kg sold for 324c/kg.

“The prices were down on the black cattle but it doesn’t mean to say I will buy a heap of Angus bulls next week – the Hereford’s temperament is a big plus and there is nothing better than seeing a well bred Hereford grazing in the paddock,’’ Mr Lawrence said.

The pen of Taronga blood steers were European Union accredited, were the heaviest in the Hereford yarding at 383kg and had been weaned for seven weeks on hay.

“We couldn’t expect to receive the prices that were paid last year,’’ Mr Carlin said.

Mr Redfern described the December weaned calves as an even pen with length, bone and nice heads.

The pen of 25 Banemore and Bowmont blood steers opened the Hereford run, weighed 364kg, were EU accredited, and sold for 310c/kg or $1128 to Matt Weber, Carter Lindsay & Weber, Dubbo, NSW.

“The year has been hard season wise but our weaning weights were similar to last year,’’ he said.

“Last year we averaged $1250, giving us confidence to reinvest back into the property and new genetics.

“I was happy with the seconds making 329c/kg – it’s a bit of a lottery at the Casterton casino.

“We will be retaining all our heifers this year and building herd numbers.’’

Wayne Sealey, Strathlea, Casterton, was on hand to see his top pen of Melville Park blood steers sell for 305c/kg or $1104 to Carter Lindsay & Weber.

“I offered 34 steers this year with the tops weighing 363kg, which is a little up on last year’s weights,’’ Mr Sealey said.
“This is an annual turn off for me – the Herefords are easy to work with and they do well in this area.’’

Long time vendors Kevin and Alan McDonald, Sunningdale, Digby, offered 28 steers, with their seconds making 316c/kg.
Alan said the excessively wet year had proved difficult to put weight on the calves, with 975mm of rainfall received.
“The smaller the cattle were today, the better they sold – ours will average out pretty well.’’

Jack Rees, Retreat, Casterton, was pleased with the average weight of his pen at 338kg – up 22kg on last year.
His pen of Taronga blood weaners sold for 315c/kg or $1065. 2. Brothers Kevin and Alan McDonald, “Sunningdale’’, Digby, have been long time supporters of the Landmark steer weaner sale at Casterton. They sold this pen of Banemore blood steers, 376kg, for $1120 to Carter Lindsay & Weber, Dubbo. 6. This pen of Black Baldy steers drew plenty of buyer attention – the pen offered by Woodlands weighed 354kg and sold for 331c/kg or $1172. 7. This pen of Banemore and Bowmont blood steer weaners from the Millard family, Welbanite, weighed 326kg and sold for 329c/kg to a Russian export order through Landmark International. 8. The Landmark Casterton team in action with Rick Smith auctioneering at the weaner sale. 9. This middle run of March-April 2016 drop weaners sold for 300-330c/kg at the Landmark Casterton weaner sale. 10. Matt Weber, of Carter Lindsay & Weber, Dubbo, bought 600 Hereford and Angus steers out of the Casterton and Hamilton sales at an average weight of 358kg and average price of 310c/kg.