Buyers were met with one of the best line-ups of Hereford weaner calves in the nation for the 77th annual Omeo Weaner Calf sale on Wednesday, with steers hitting $1710.

The fixture finalised two days of selling where 7300 were offered at Benambra, Ensay and Omeo, and finished with a new record top price of $1710.

But it was Mr Faithfull’s second pen which rang the bell with the top price of $1710, also snapped up by Mr Tuohey, and setting a new record top price for the fixture.

The pace continued to run red hot with the first 33 pens not dropping below $1200 under the domination of South Gippsland steer finisher Graeme Osborne.

Heifers were the big movers with prices up $200 on Ensay for Shorthorn-Herefords and $100 for Herefords.

Morgan Davies, Elders Bairnsdale, said the increased weight of the calves on offer at Omeo had elicited the higher prices.

Despite the absence of King Island buyers, the sale remained strong with repeat buyers operating on the heavy end, Mr Davies said.

“It is the best result ever and I’m absolutely tickled pink,’’ he said.

“All the cattle bought by repeat buyer Graeme Osborne will be finished off grass to bullock weights, and he will start (selling) those cattle from December onwards.

“He buys quite a few calves out of the mountains and they always respond for him.

“The middle run of steers were around 400c/kg – the sheer number made them accessible.’’

Mr Davies said restockers wanting to breed on were competitive in the top end of the heifers.

“A lot of those roan heifers will be joined and sold,’’ he said.

“They are a nice even line of Herefords – this is the hardest place to pick as there are 20 vendors who could have won,’’ Mr Ronalds said.

“The sales overall have been very strong – I picked up two pens of heifers at Ensay but was out of contention in the steers.’’

The winning 11-month-old steers were Mawarra, Nunniong and Newcomen blood and sold for $1460.

Weaned in January, the steers had been run on clover on the river flats, and were estimated to weigh 370-380kg.

“The better prices of the last 18 months will enable us to do more capital improvements,’’ Mr McCoy said.

Ovens Valley restockers and steer finishers featured prominently among the buyers across the two days.

Roger and Yvonne Connley, Omeo, were pleased at the results for their 54 Hereford steers and 28 heifers.

The steers topped at $1300, up from $1180 last year, with Yvonne pointing to investing in new genetics and more fertiliser.

Phil Fleming, Rosedale, was paying up to $1370 for Hereford steers of 400kg plus for his Fleming Premium Beef brand, which was launched in Thailand.

“These cattle will spend six months on pasture to reach a dressed weight of 350kg,’’ Mr Fleming said.

“The branded beef is sold into restaurants and resorts.’’

Peter and Robyn Sandy, Swifts Creek, topped at $1450 and averaged $1200 for their run of Shorthorn-Hereford steers.

“We will be putting fertiliser on this year and improving the genetics,’’ Mr Sandy said.

“We have bought bulls well above board and some stud cows to improve the female lines as well.

“I thought the sale would have been tougher going due to the dry conditions but there were not a lot of steers under $1000 at Ensay.’’

The couple sold Shorthorn-Hereford heifer weaners to a top of $1250 to Elders Pakenham.

“The heifers were as strong as we could’ve expected – there will be vendors looking at a pretty big average,’’ Mr Sandy said.

He said demand had been strong in recent years for his Shorthorn-Hereford heifers as “front paddock cattle’’.

“Restockers and lot feeders are driving the market today.

“I have retained 60 heifers and like Herefords for their temperament, doing ability and weight for age.’’ 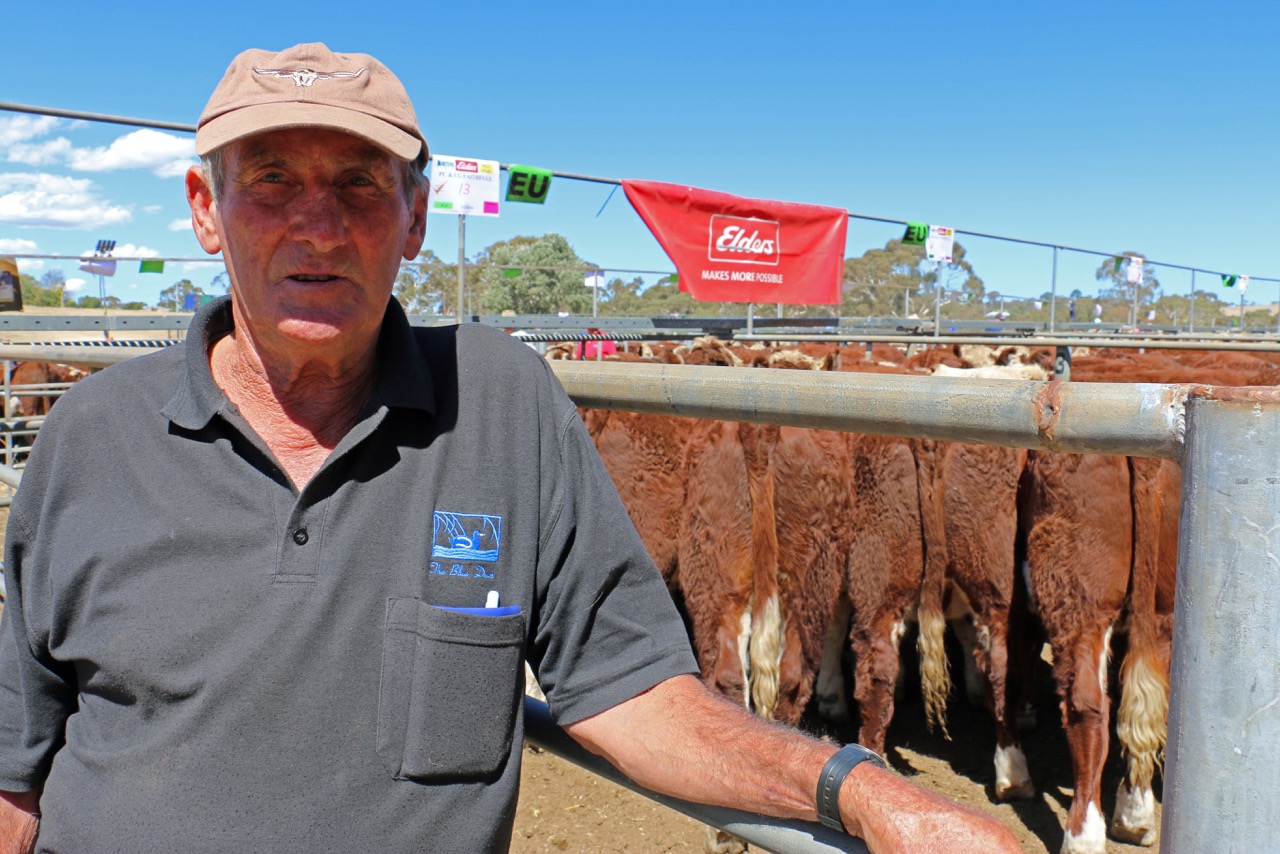 Peter Faithfull, Omeo, sold the first two pens of the Omeo Weaner Sale for $1640-$1710 to set a new top price for the annual fixture. 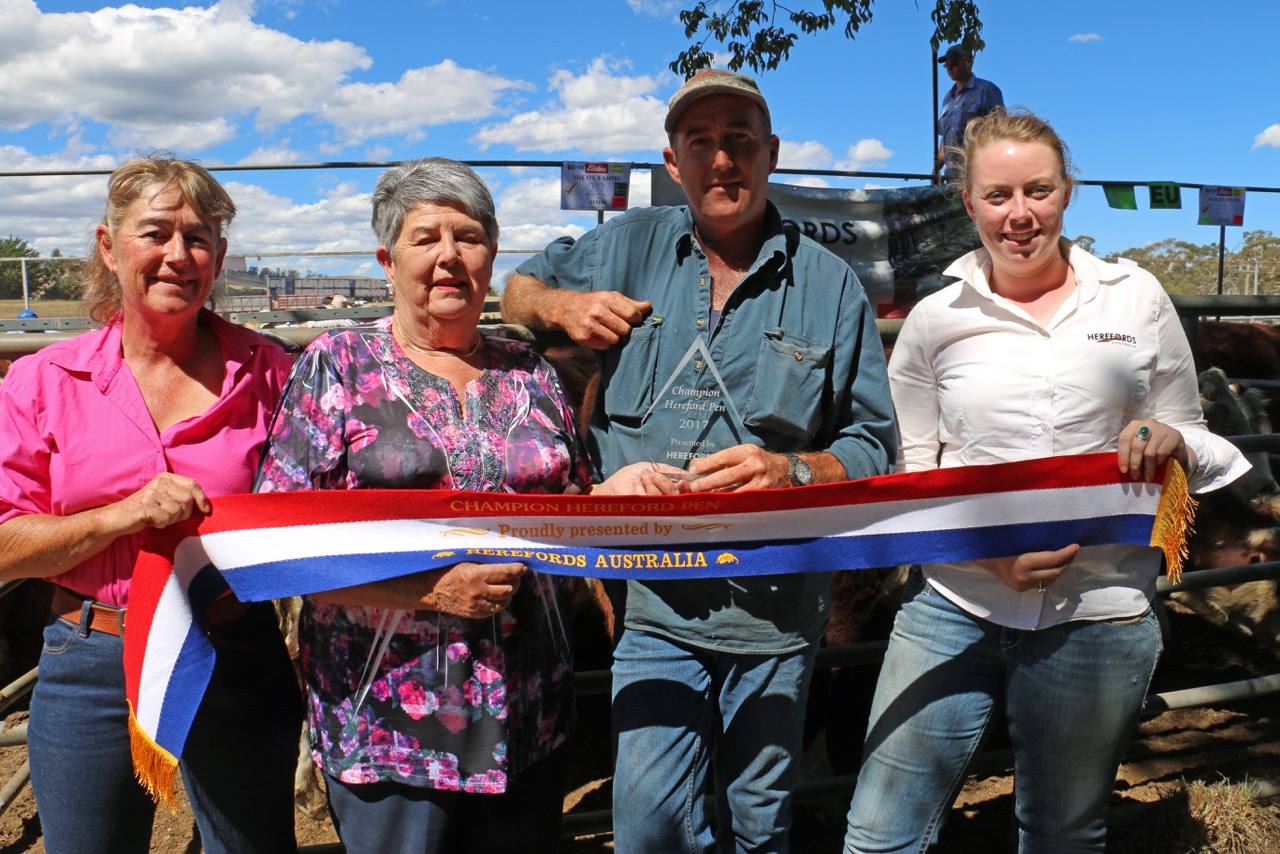 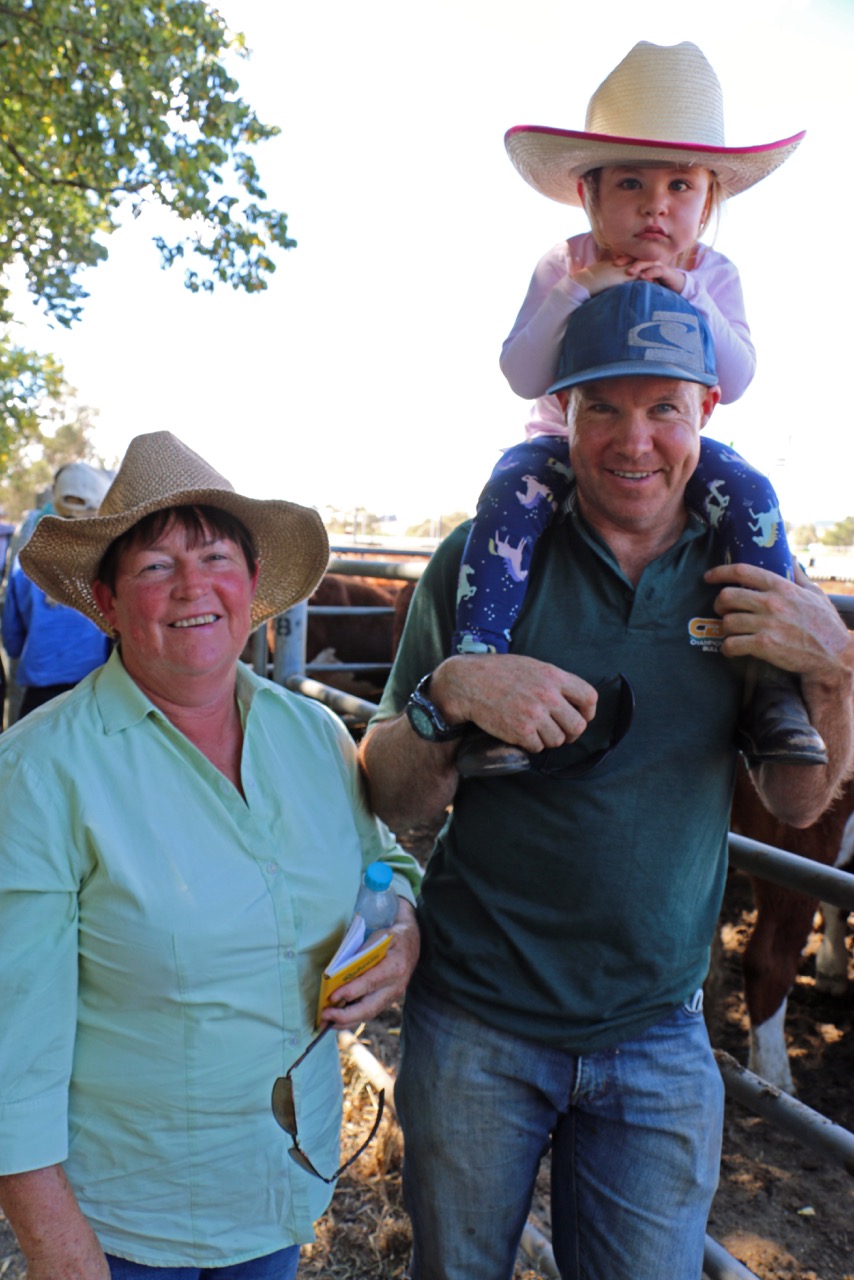 Yvonne, Dan and Lacey Connley, of Omeo, sold 54 Hereford steers to a top of $1300 and 28 heifers at the Omeo Weaner Sale. 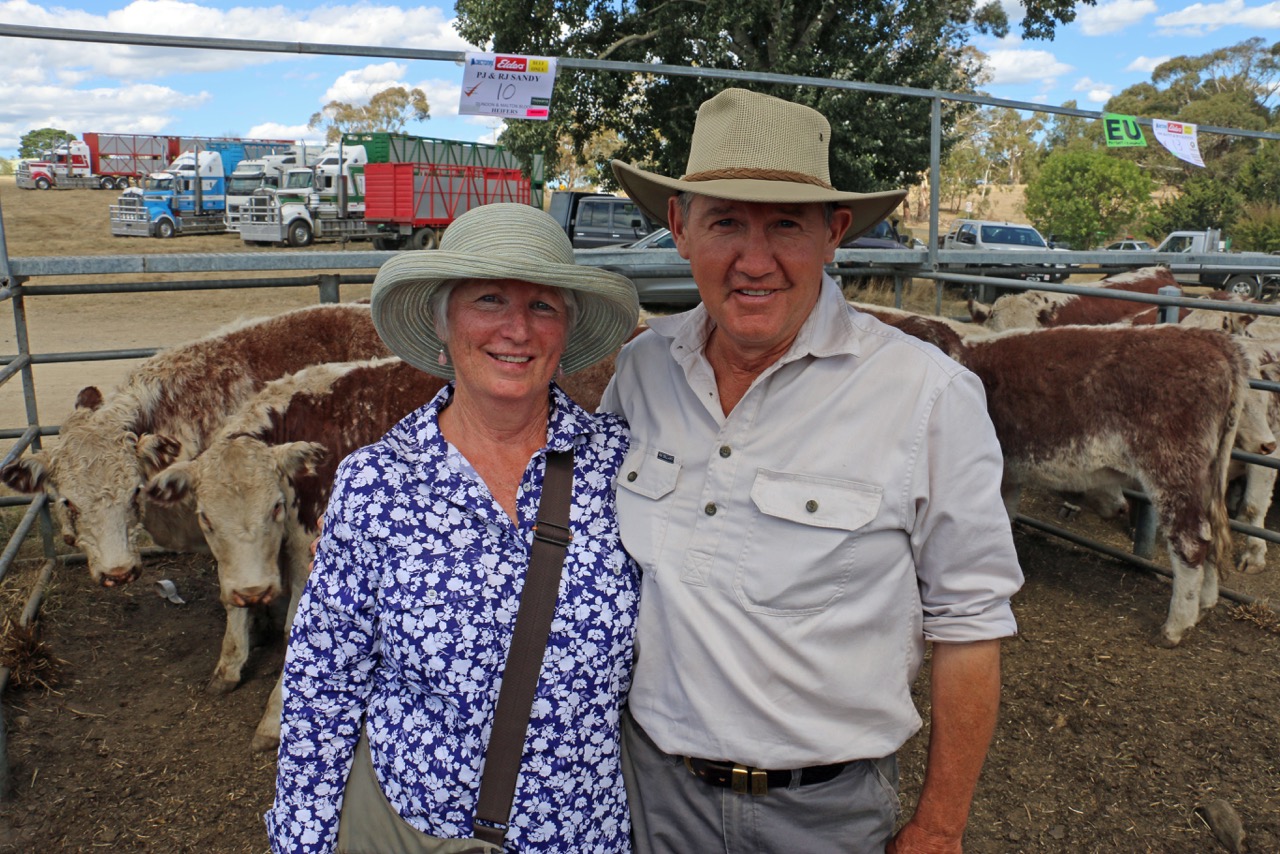 Peter and Robyn Sandy, Swifts Creek, sold this pen of Shorthorn-Hereford heifers for $1250 to Elders Pakenham at the Omeo Weaner Sale. 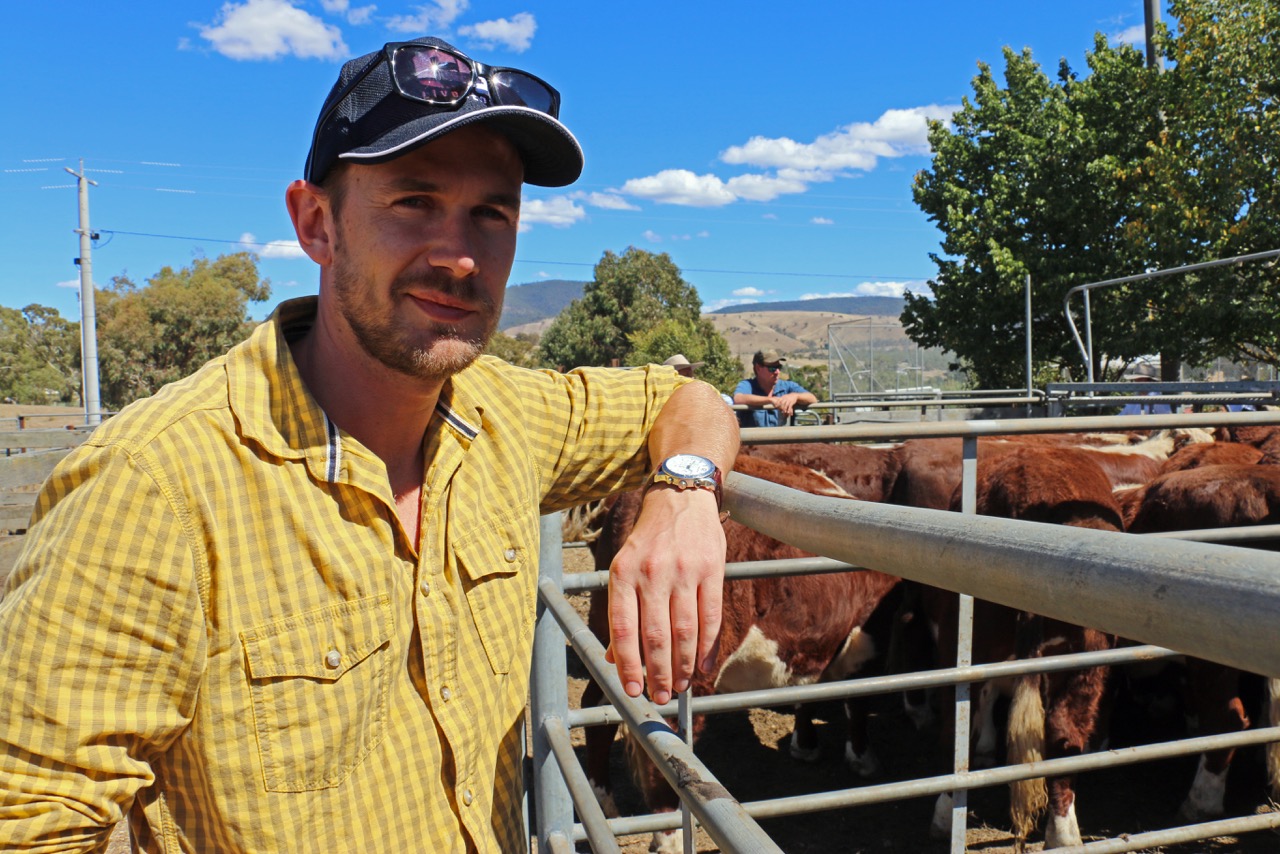 Phil Fleming, Rosedale, was buying steers of 400kg plus for his Fleming Premium Beef brand which is exported to Thailand. 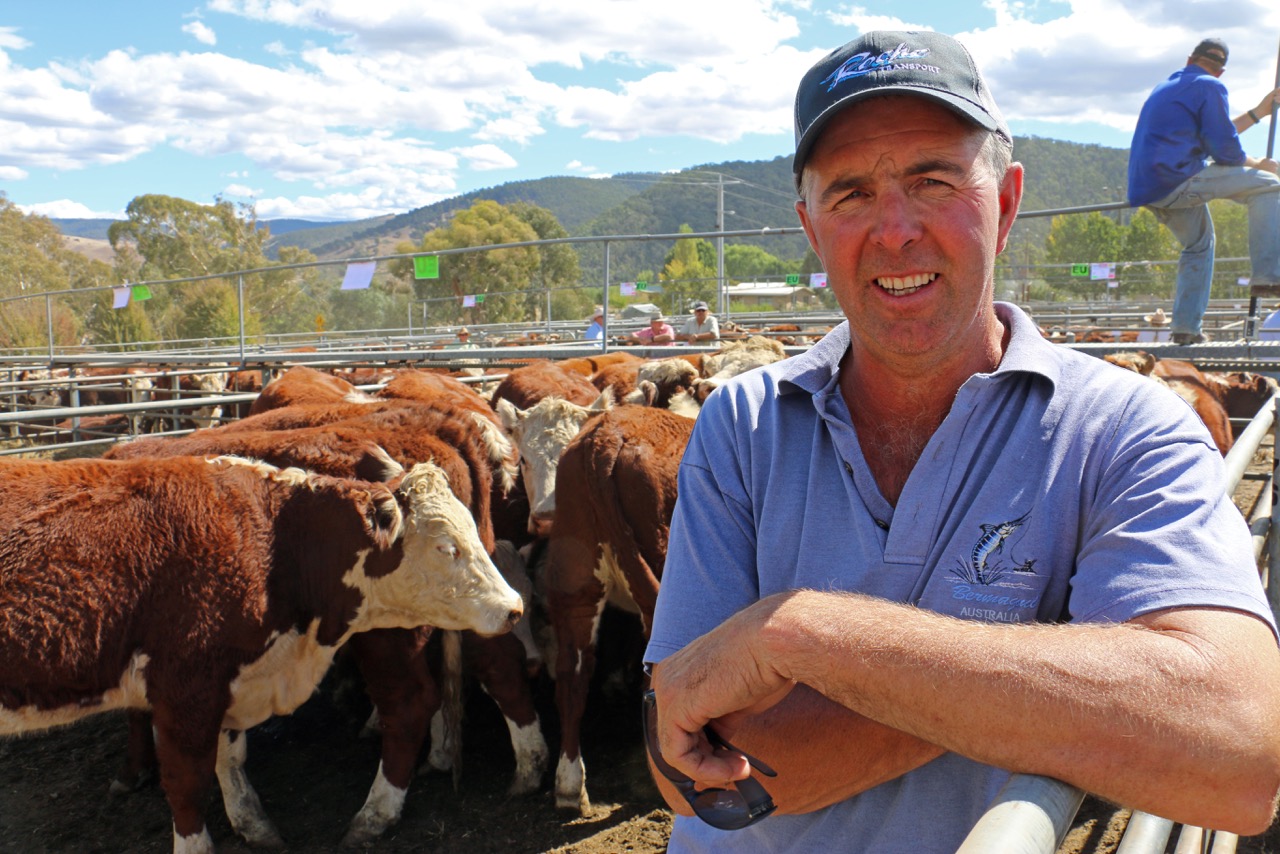 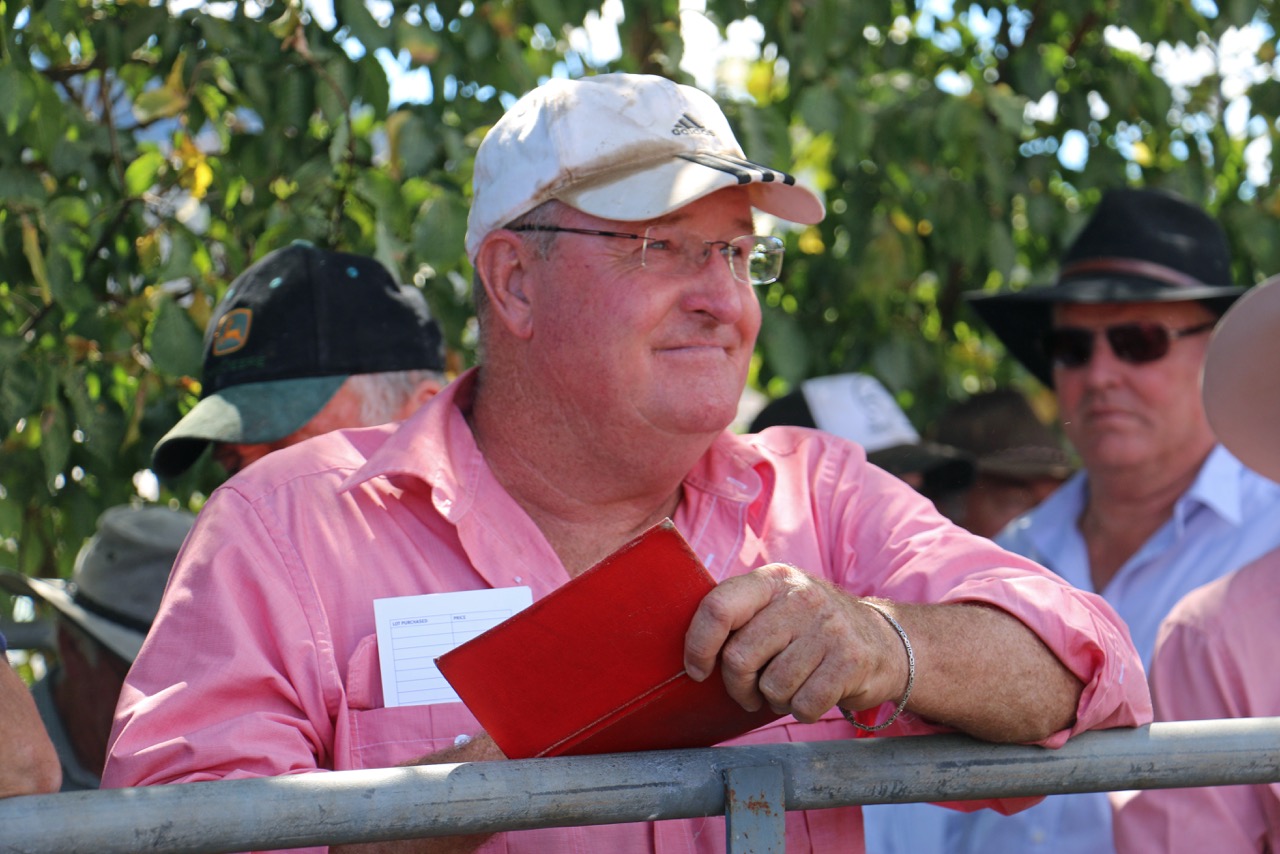 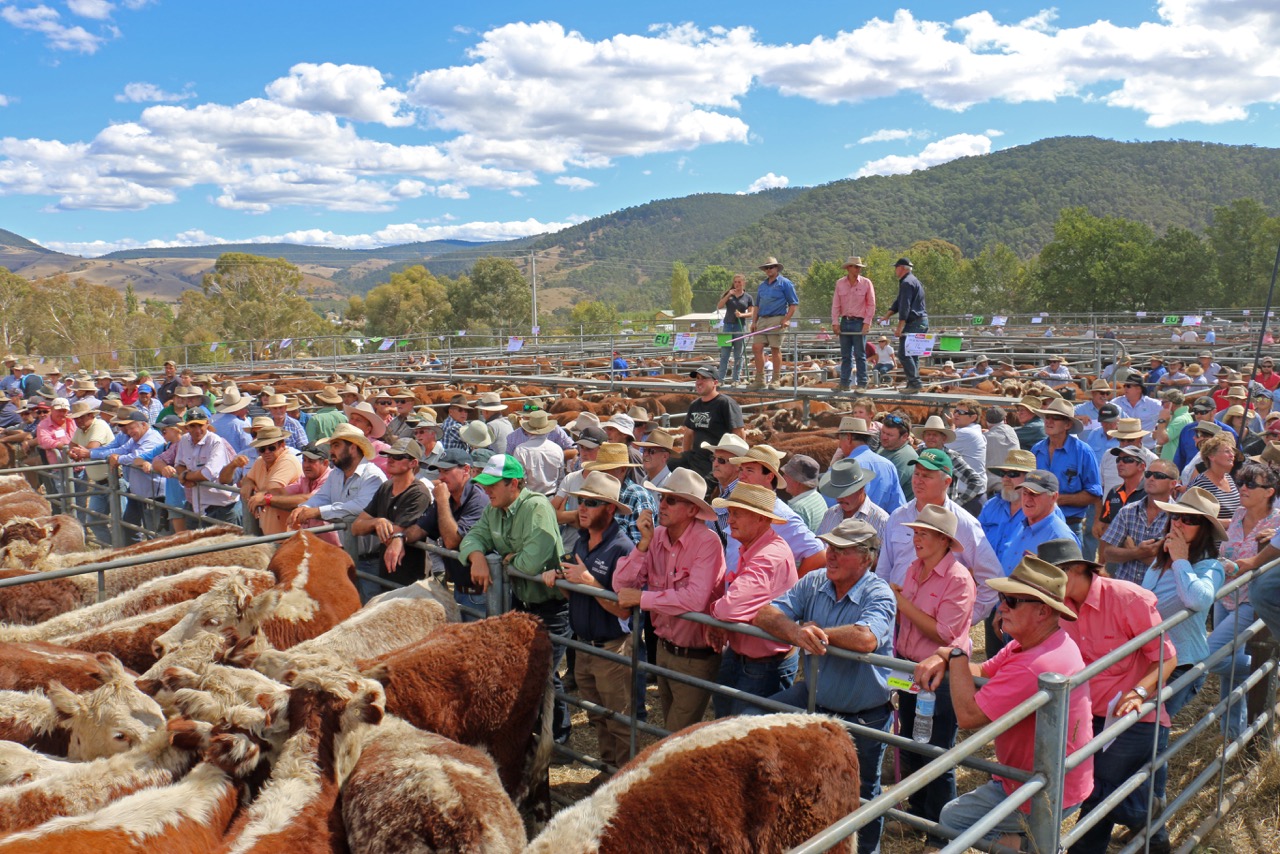 Buyers, vendors and spectators crowd the lanes during the heifer offering at the Omeo Weaner Sale. 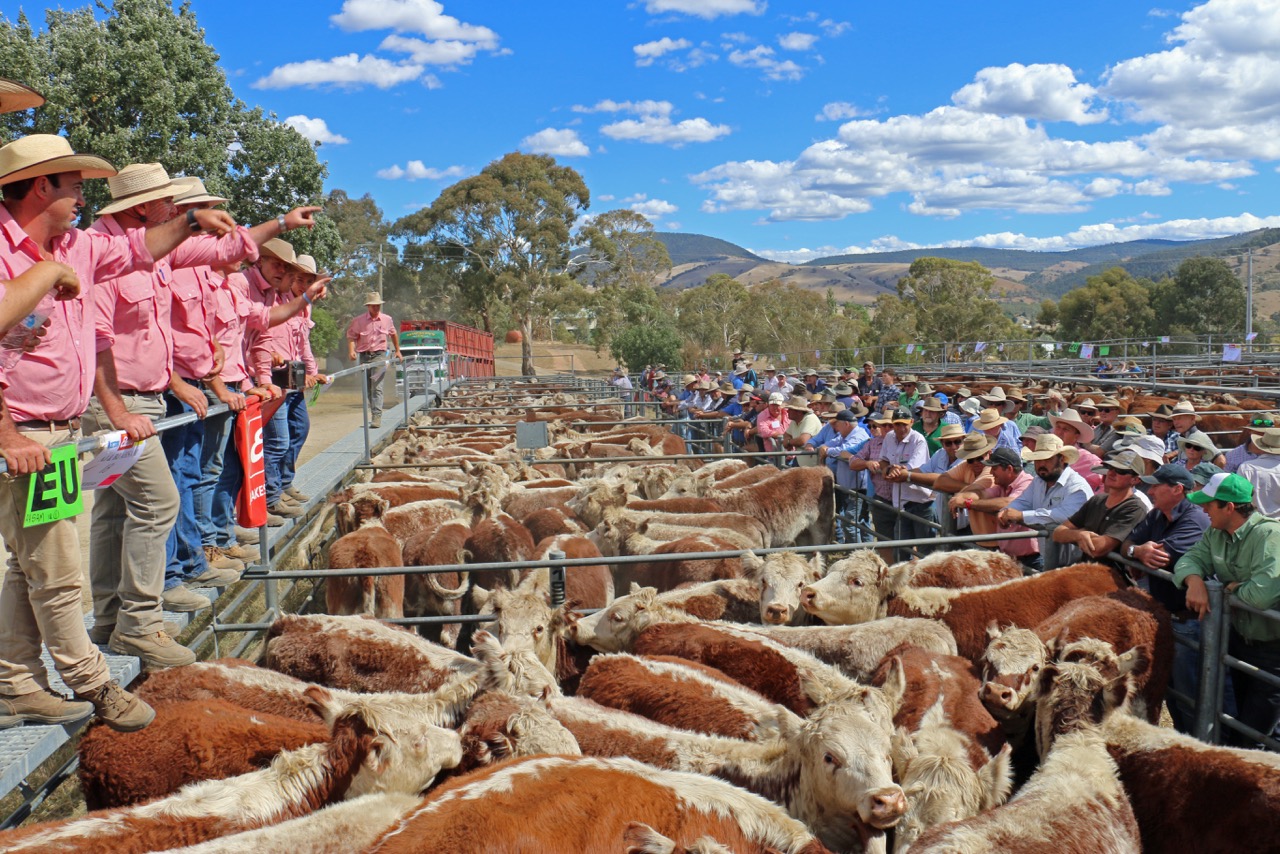 Restockers paid to a top of $1440 for Shorthorn-Hereford heifers at the Omeo Weaner Sale. 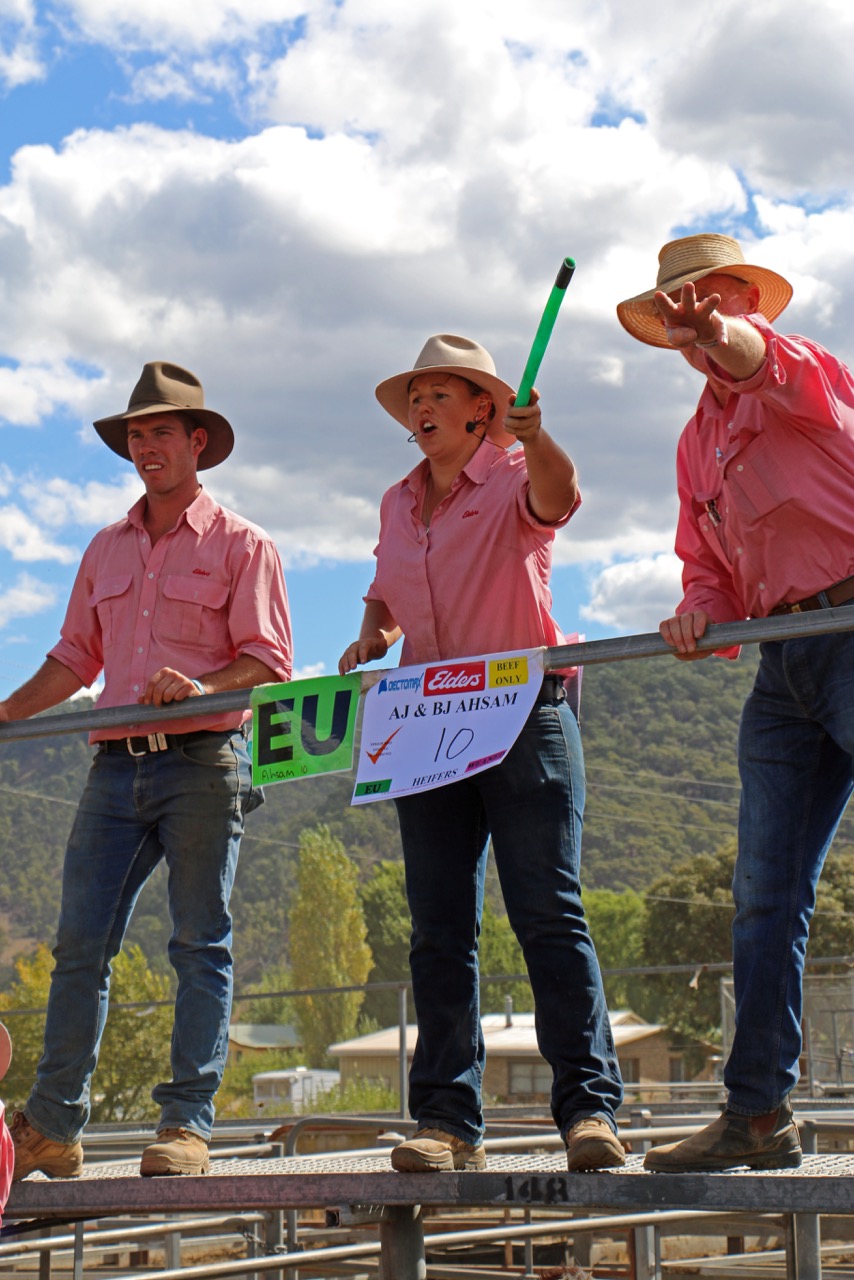 The first woman to auctioneer at the Omeo Weaner Sale, Kirsty Taylor, Elders Albury, knocks down a pen of heifers.