One of the first Hereford herds to earn Pasturefed Cattle Assurance System certification has won a bronze medal in the 2016 Australian Food Awards.

Under the RASV Royal Melbourne Australian Food Awards competition, a striploin from a Linga Longa 14-month-old steer was assessed for taste, flavour and tenderness to earn a total score of 75 out of 100 points.

It was the first competition the couple had entered since obtaining their PCAS licence three years ago.

The couple supply steers and heifers to Wingham Beef Exports for processing at 300-350kg liveweight.

They moved to value-adding after being frustrated at the commodity prices received through the traditional physical auction market.

The PCAS licence and Meat Standards Australia certification was added three years ago to verify their grass fed claims to consumers.

“We have taken every link out of the chain bar the slaughter and have full control of our product,’’ Mr Newell said.

The family is credited with importing three Hereford bulls from Cox’s Green, Herefordshire, to Australia in 1859 on the ship, Duncan Dunbar.

Calves are weaned into pasture cells for finishing on kikuyu and clover pastures.

Mr Newell aims for a good yielding carcase with an even fat cover.

“We use low stress handling techniques in good, safe yards – the cattle are kept in their social groups and transported just 5km to the abattoir,’’ he said.

“None of the herd is over five years of age and we leave a lead cow in the herd to show the younger cattle the way.

“All of this adds to a high quality carcase at the other end.’’

The couple have introduced a farm stay to complete the consumer “nose to tail’’ experience.

“About 20 per cent of our business is now on-line, with the balance to farmers markets and surplus cattle are sold through the saleyards,’’ Mr Newell said.

He is an advocate of fostering young and small landholding cattle producers.

Mr Newell hopes the medal win would inspire other smaller producers to enter competitions against the large processors. 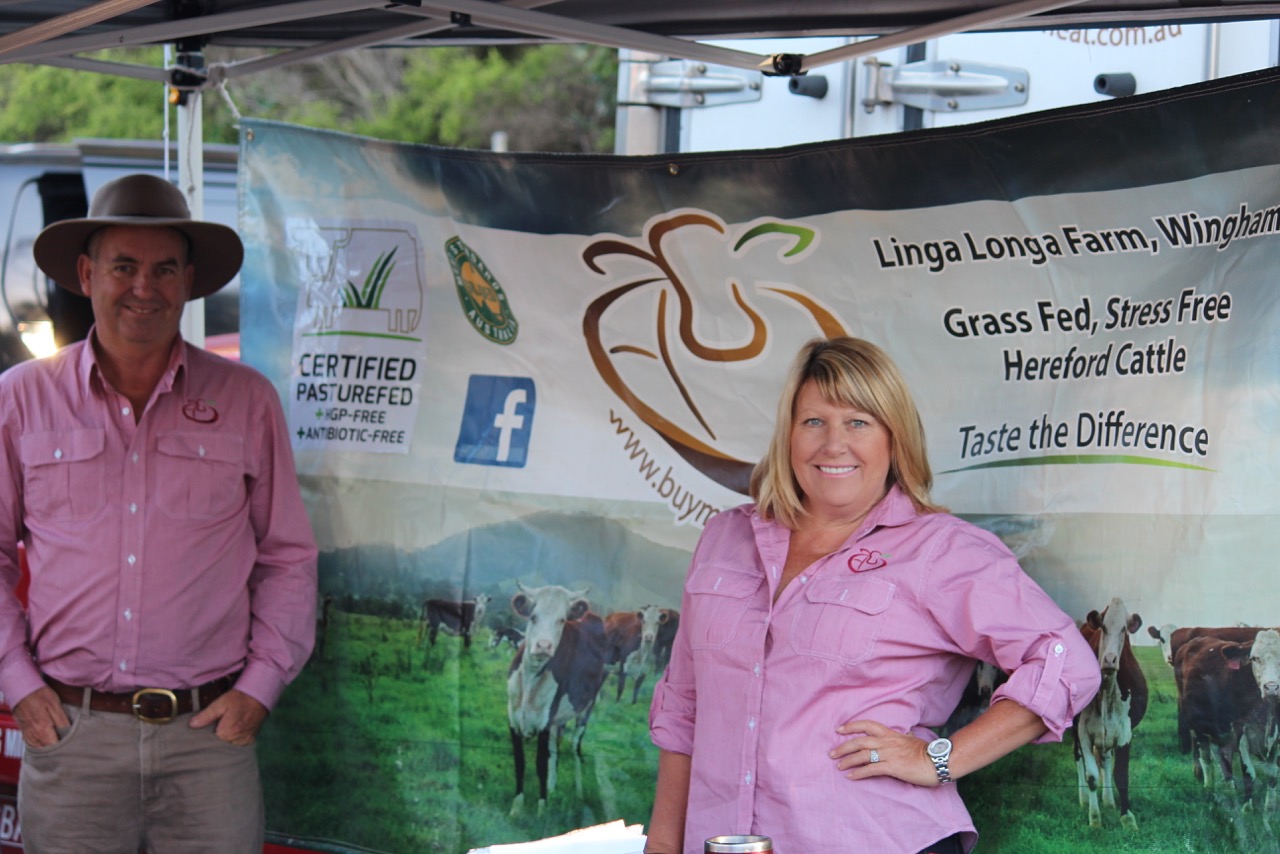 Greg and Lauren Newell have won a bronze medal with branded Hereford beef in the
Australian Food Awards. 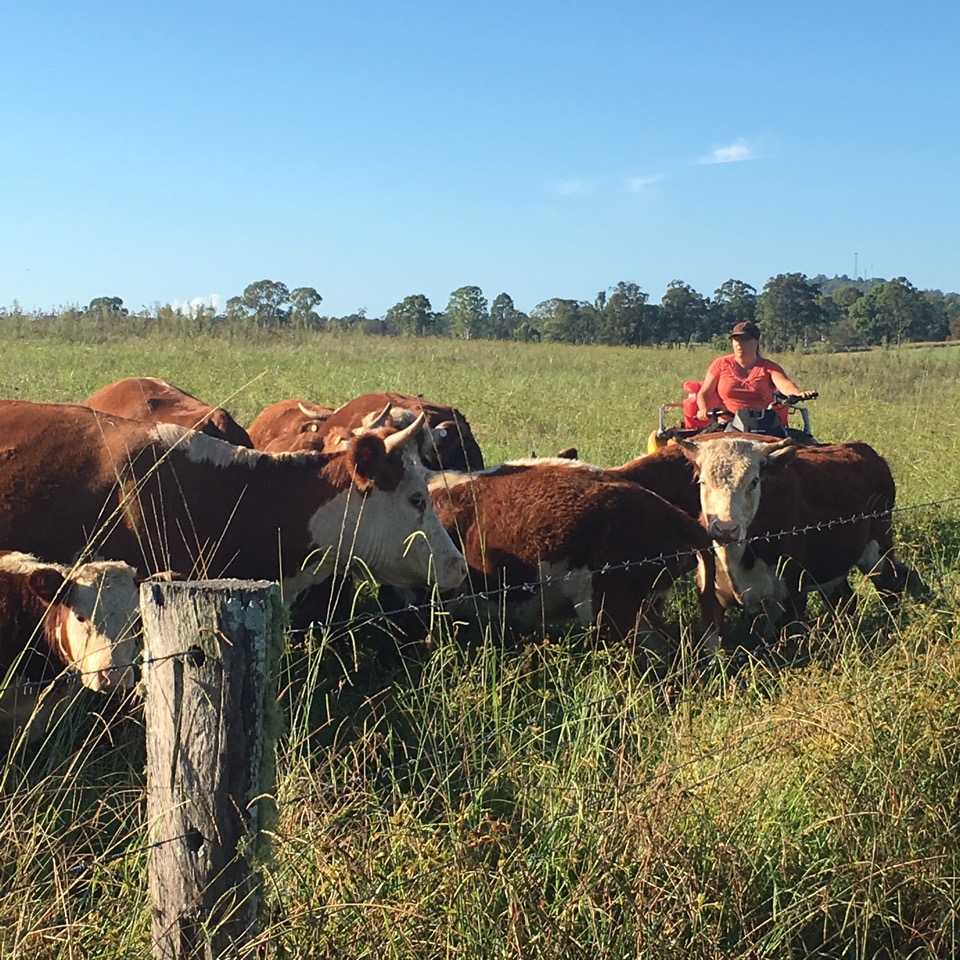 The Newell family have value added to their Hereford herd with their Linga Longa grass fed brand.