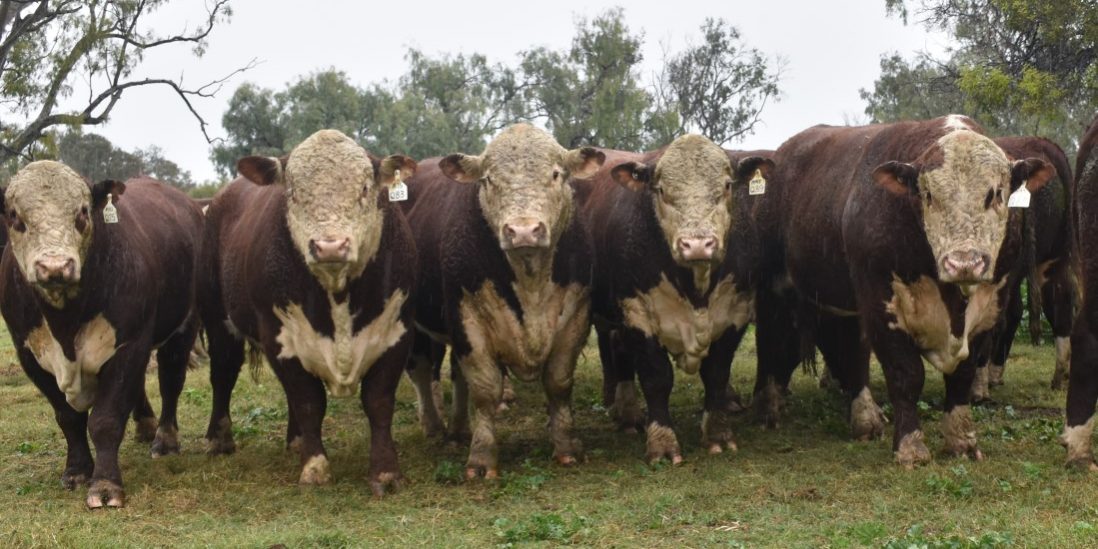 The northern bull sale season is off to a flying start this month with red-hot demand for bulls leading to full clearances and record averages.

Nutrien Divisional Livestock and Stud Stock Manager John Settree has attributed the incredibly strong results to a combination of factors, including market strength and the good seasonal conditions being enjoyed across much of Australia.

“The driving force [behind these results] is the confidence in the cattle market; the Eastern Young Cattle Indicator (EYCI) is almost at 1000 cents.

“The season is good, and the market is good,” Mr Settree said.

Andrew Mackay of Merawah Poll Herefords described the current market conditions as “the perfect storm” with the combination of the national herd rebuild, market strength and processor demand.

The Battalion and Cara Park sale kicked off the run of Hereford sales in Glen Innes on Monday July 5th where the two studs saw a total clearance of 24 bulls, an average of $11,250 and a top price of $24,000.

Heading over the border into Queensland and Remolea Poll Herefords sold 43 bulls for a 100 percent clearance with an average of $9907 and a top price of $22,000.

The second week of July sales saw Merawah and Tenaru Poll Herefords reach a $30,000 top price with a $13,289 average and total clearance.

Cascade Poll Herefords at Currabubula sold all 25 Hereford bulls on offer on Wednesday with a sale top of $26,000 and an average of $15,450.

Tycolah Poll Herefords at Barraba rounded out the second week with a full clearance of 31 bulls selling for an average price of $13,548 with a top sale price of $34,000.

The quality of the bulls on offer in this year’s sale drafts has also not gone unnoticed with the majority of this year’s ‘Q’ bulls being born in the worst of the drought in 2019.

“If a bull has made a sale catalogue this year it’s a good bull.

“When they hit the ground in 2019 if they didn’t look like they were going to make a bull they got steered and sold to pay for feed,” Mr Settree explained.

Mr Mackay agreed with this point, saying that in their herd “only the best bulls were kept.”

According to Mr Mackay their bulls sold “from Claremont to Warrnambool via Alice Springs” demonstrating the great demand for quality Hereford bulls from different production areas around Australia.

“There’s a lot of crossbreeding interest coming in, and there’s been a lot of interest from bos indicus herds looking to increase meat quality and market acceptance,” Mr Mackay said.

Northern bull sales will continue throughout July and August and into early September with the last of the Queensland sales.