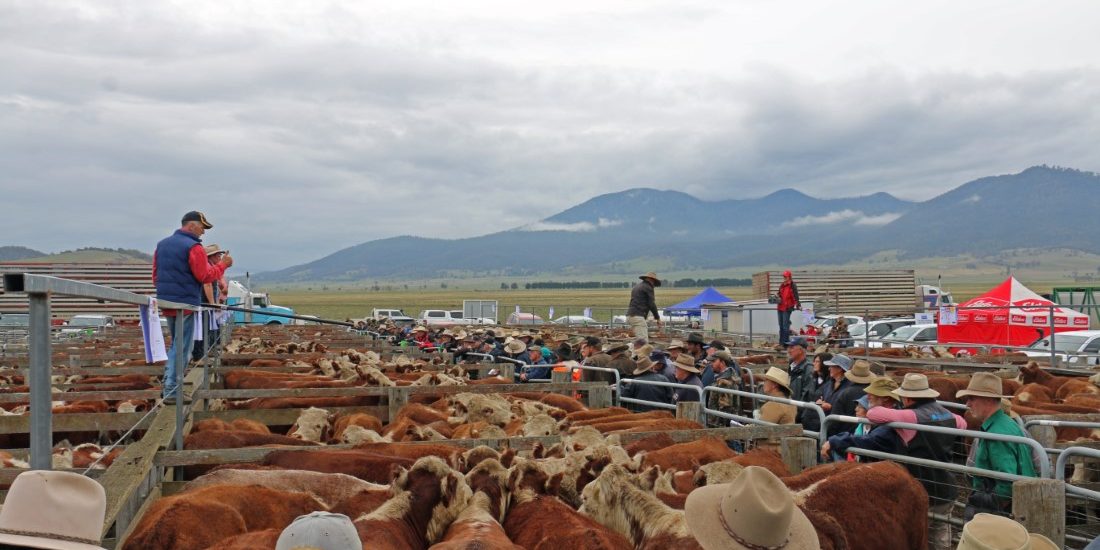 Grass fever maintained the momentum to push autumn drop steer prices to a new record of $1660 at the Benambra Weaner Sale.

A big crowd of buyers and vendors descended on the Benambra yards for the opening Elders whiteface fixture of the 80th annual Mountain Calf Sales on March 4.

The selling agents penned 1700 Hereford, Hereford cross and Euro steers and heifers with quality, weight and prices lifting rates on the previous day’s sale at Hinnomunjie.

The opening pen of W A Pendergast and Sons topped the sale at $1660 with the 17 EU accredited steers selling to SEJ Leongatha.

The pen was snapped up by Ron Rutledge, Elders Deniliquin, at $1590 for Australian Food and Agriculture’s Boonooke Feedlot, Conargo, NSW.

One of the bigger vendors was Richard and Anne Faithfull, Benambra, with 119 steers and 54 heifers.

“The steers have been running on improved pastures at Beloka – it has been a good season there so their weights are not too bad,” Mr Faithfull said.

Although he had expected the tops to make $1500, the seconds sold for his top price of $1560 to Ron Rutledge.

“It is good to see everyone smiling – I expect this money will be spent on fertiliser.”

The couple use Mawarra, Sugarloaf and Karoonda genetics and believe the Herefords do well in the high country bush.

The Faithfull’s heifer portion topped at $1200.

“The majority of the cattle sold between $1300 and $1450 in the steers with cattle going to South Gippsland to Tamworth in northern NSW,” Mr Hill said.

“The season at Benambra was a lot better than Omeo and Ensay so the cattle had more weight.

“Mud is going to bring money – a few of those contracts with feeders have been increased in the last seven days going forward for supply in winter.”

Mr Hill said just 20 per cent of the EU accredited cattle were retained in the system.

He said the grass fed Never Ever program was well supplied at Benambra.

In the female pens, Brian Higgins and son Mark, Glenmaggie, Vic, snapped up the first pen for the top price of $1450 from Kelvin and Jackie Pendergast.

Mr Higgins also secured a second pen from Ray and Max Pendergast for $1230.

“I will take these heifers home, grow them out, join them to produce calves for the black baldy market,” he said.

“I like the hybrid vigour and don’t sell any of the females.”

Russell and Steph Cornall, Benambra, offered 90 March/April drop steers to a top of $1560, and 20 heifers.

“The money will go towards fertiliser, infrastructure, pasture improvement and bull genetics.

“We use Mawarra, Karoonda, Sugarloaf and Warragundi – I love the Hereford’s doing ability in tough country.

“I run 500 head by myself with no dogs as the cattle are quiet.”

Graeme Pendergast, Benambra, sold 50 steers and 30 heifers, and was impressed with the previous day’s strong rates.

“Rain will only make it better,” he said.

“The Herefords can do it hard and are the best breed for bouncing back after drought,” Mrs Conlan said.

“The steers were just too dear for us so we put together a truck load of heifers and will finish them to trade weights.” 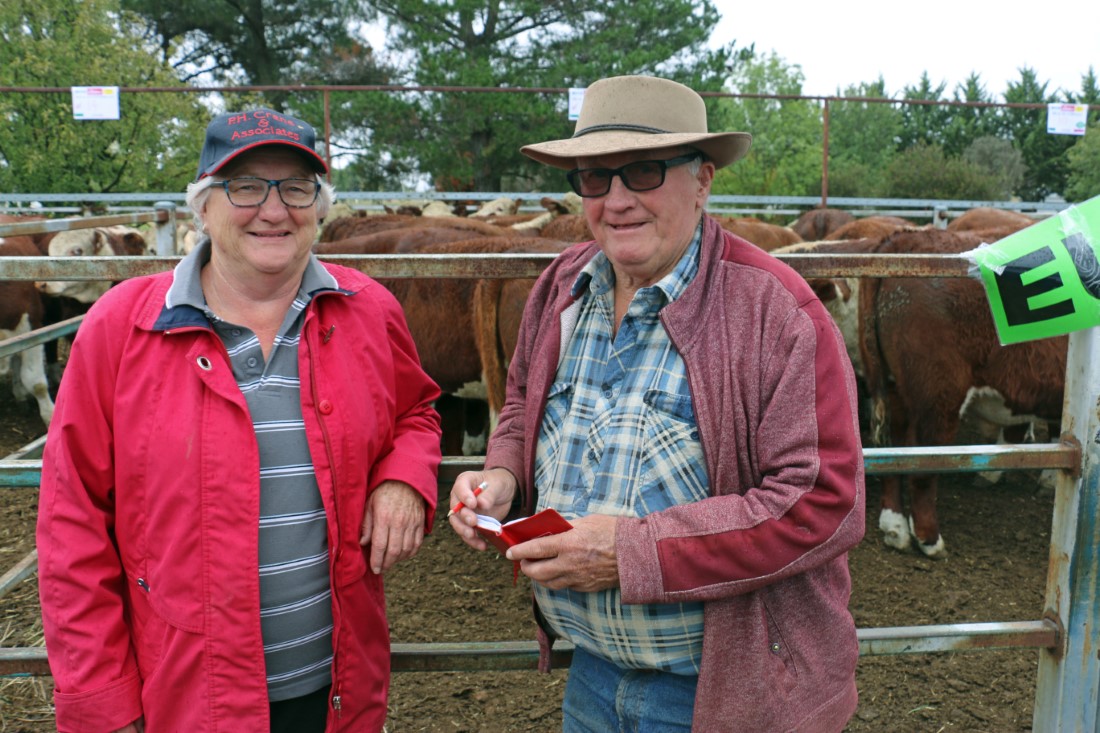 Anne and Richard Faithfull, Benambra, sold this pen of 32 Hereford steers for $1560 to Elders Deniliquin at the Benambra Weaner Sale. 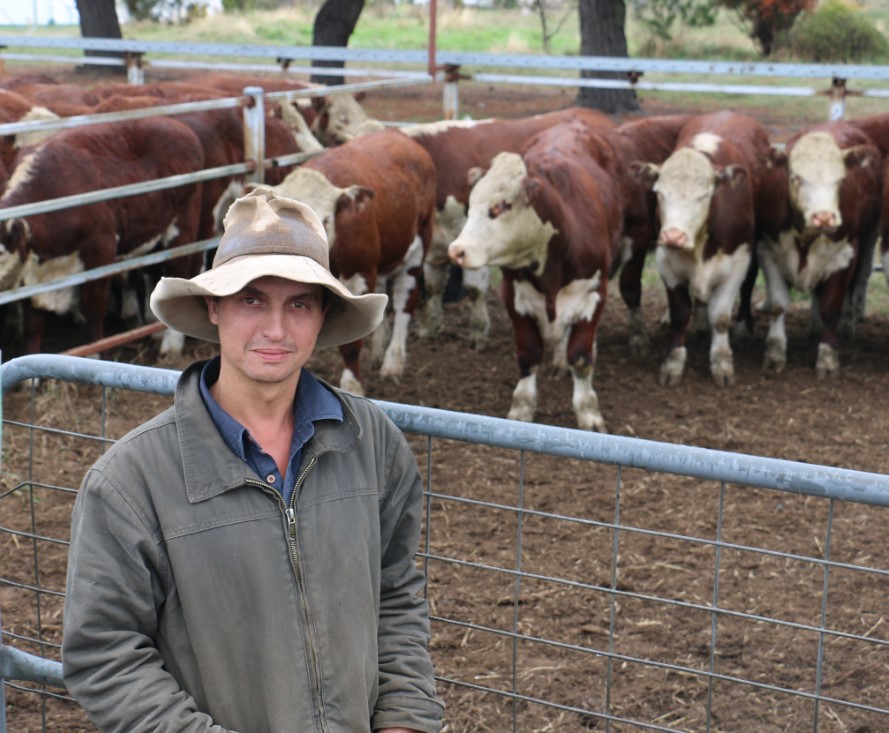 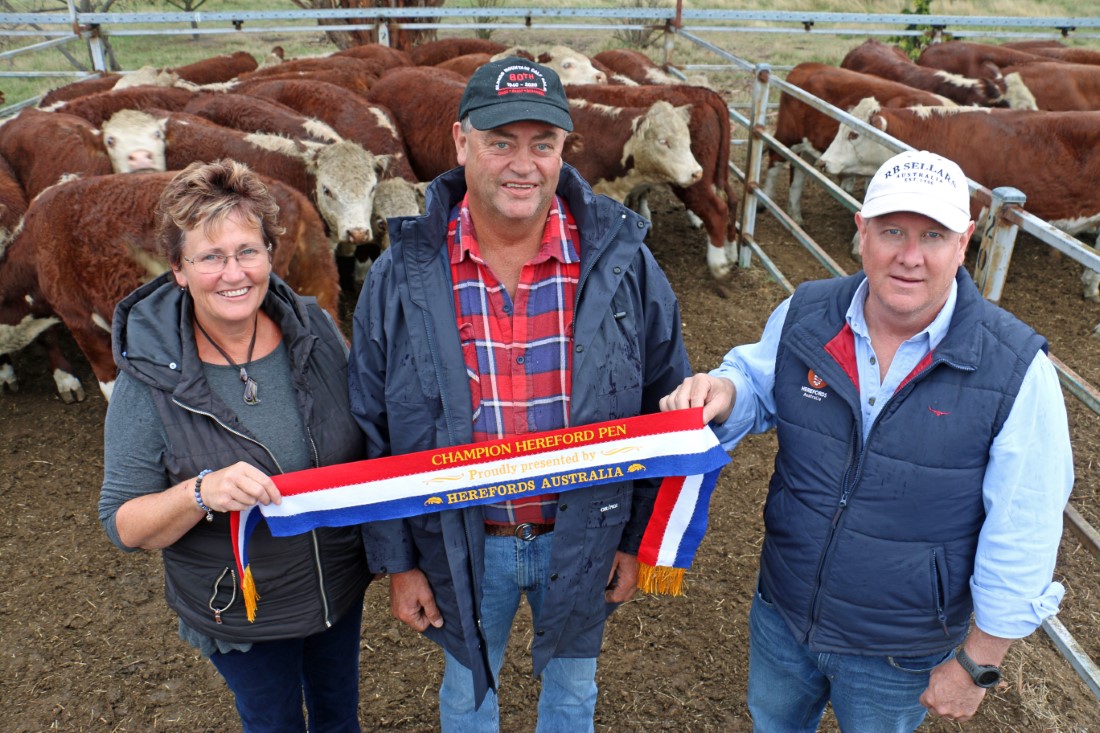 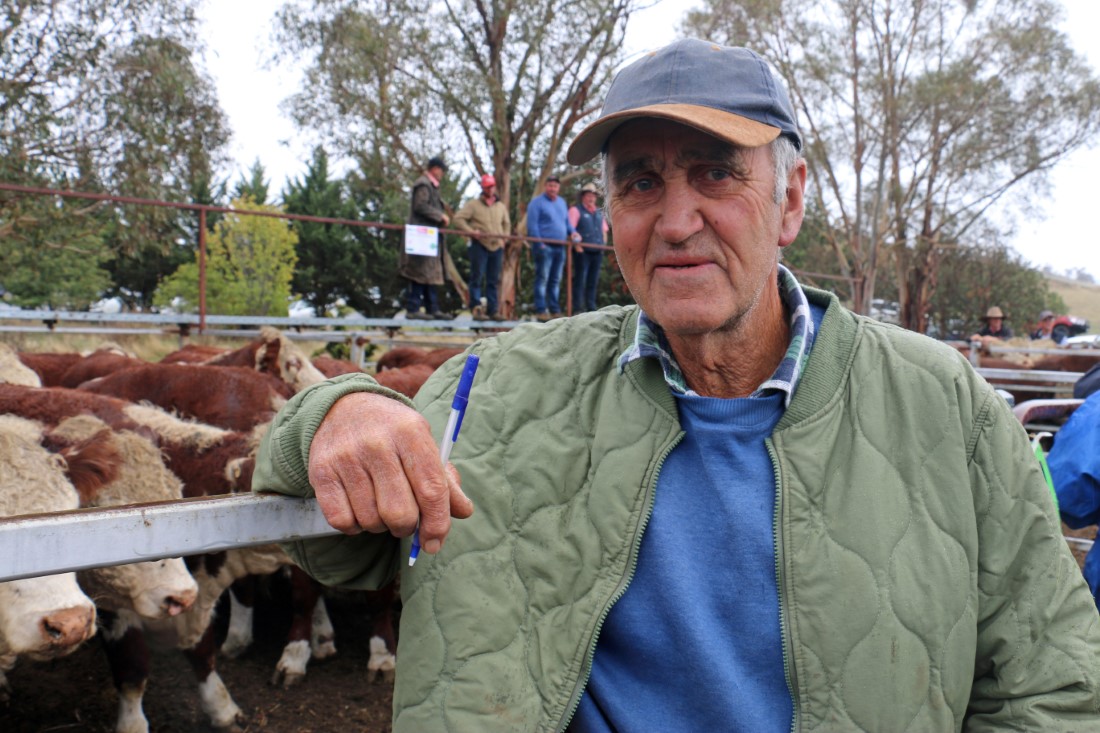 Graeme Pendergast sold his top pen of steers for $1540. 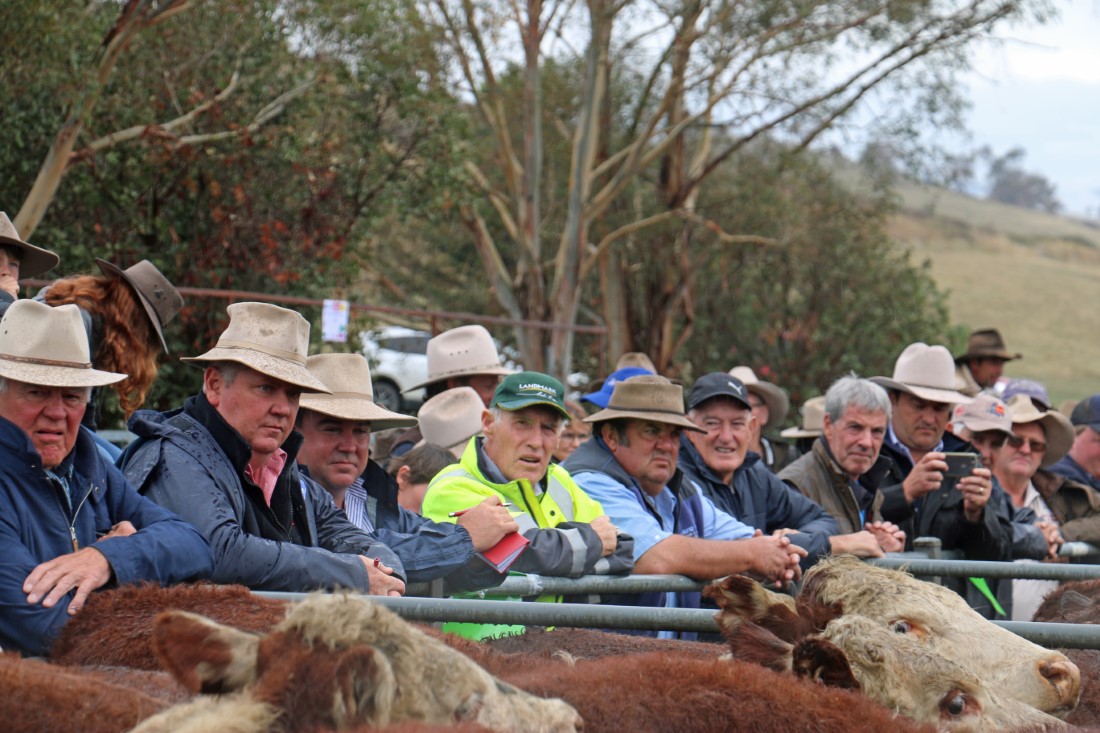 There was barely elbow room along the fence for the large buying contingent from NSW and Victoria. 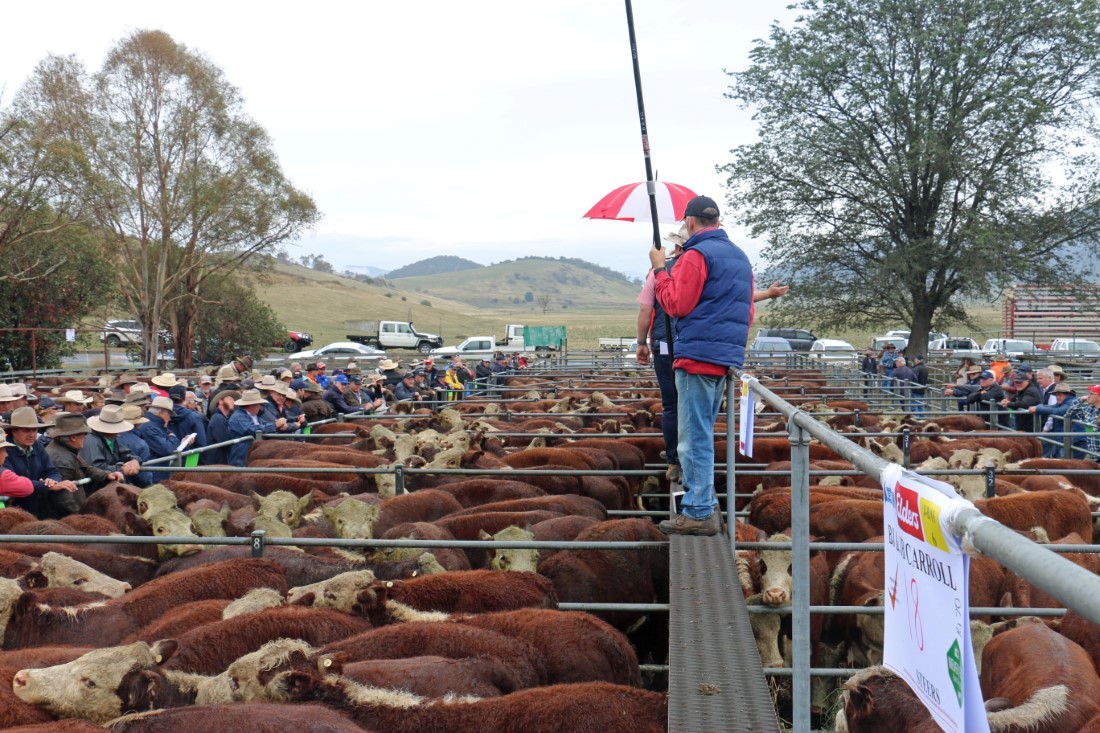 Autumn drop steers sold to a top of $1660 to set a new record for Benambra. 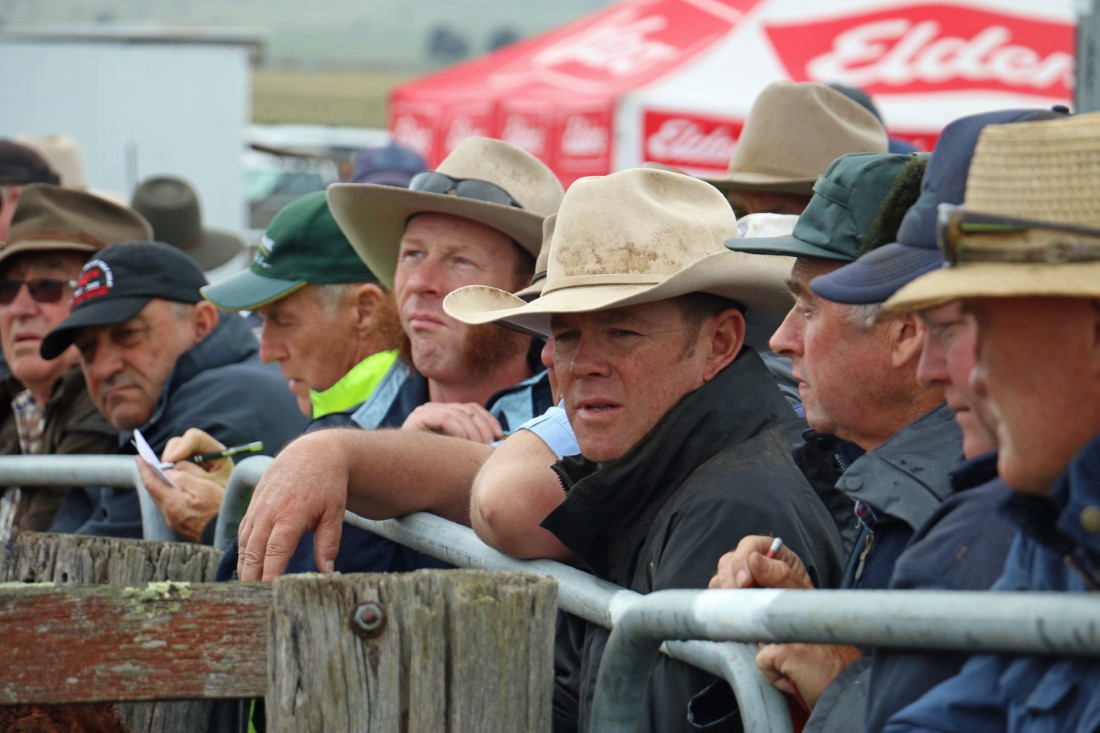 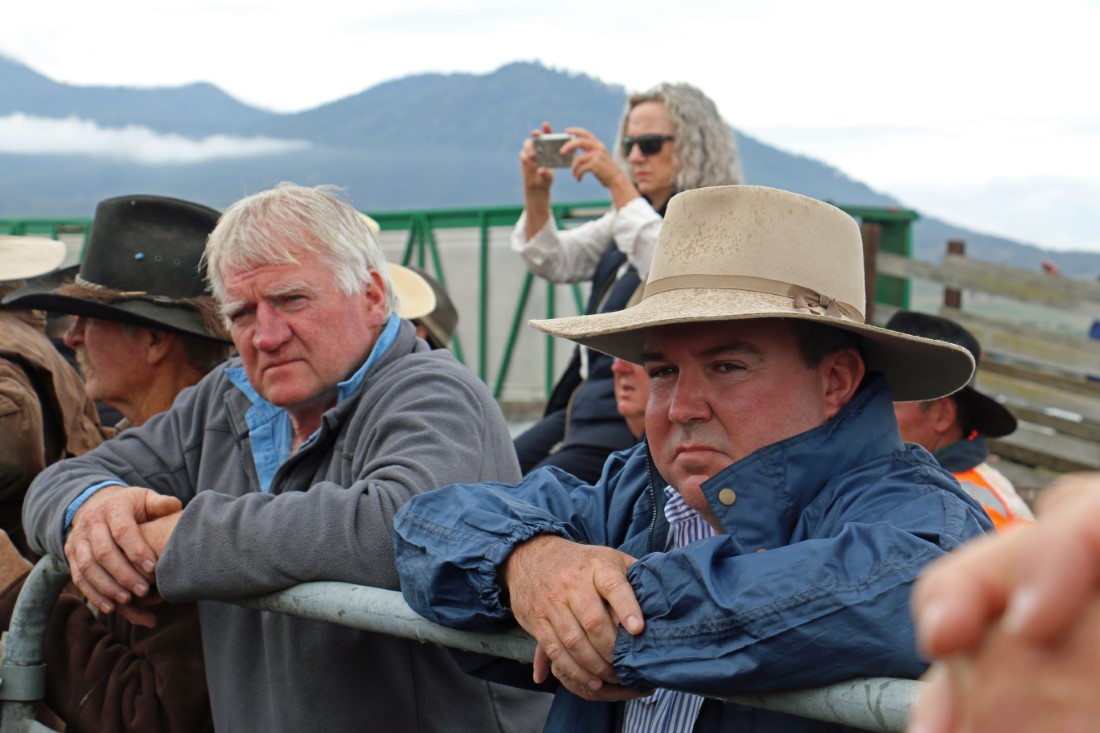 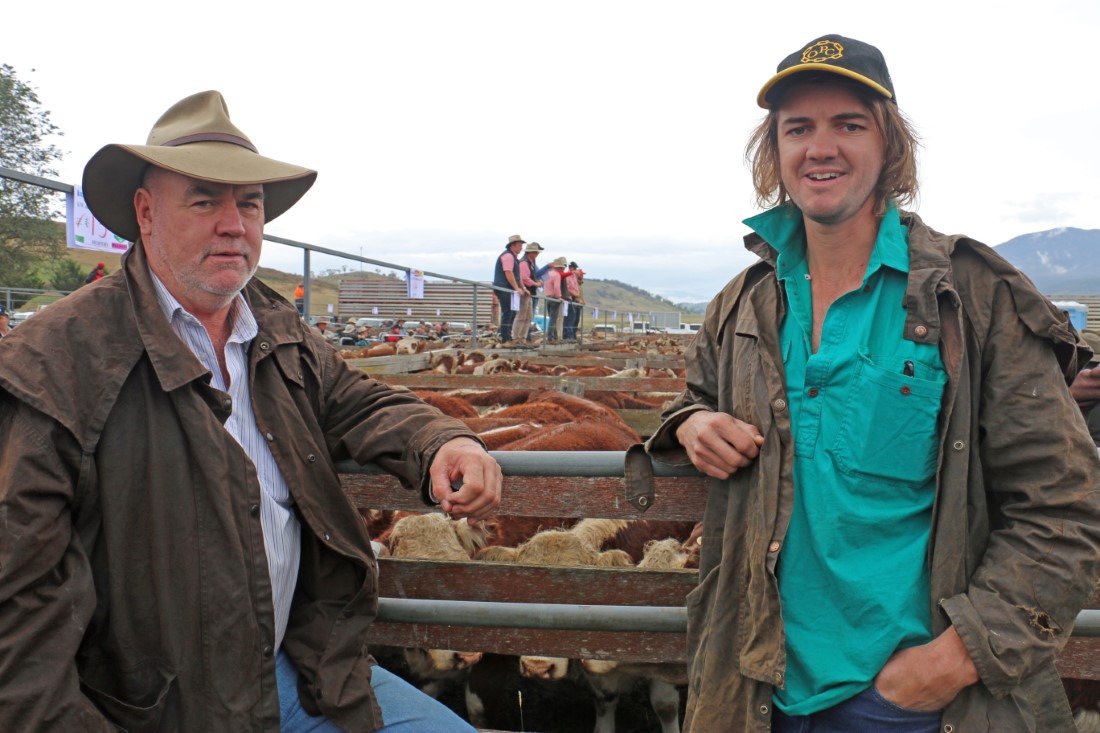 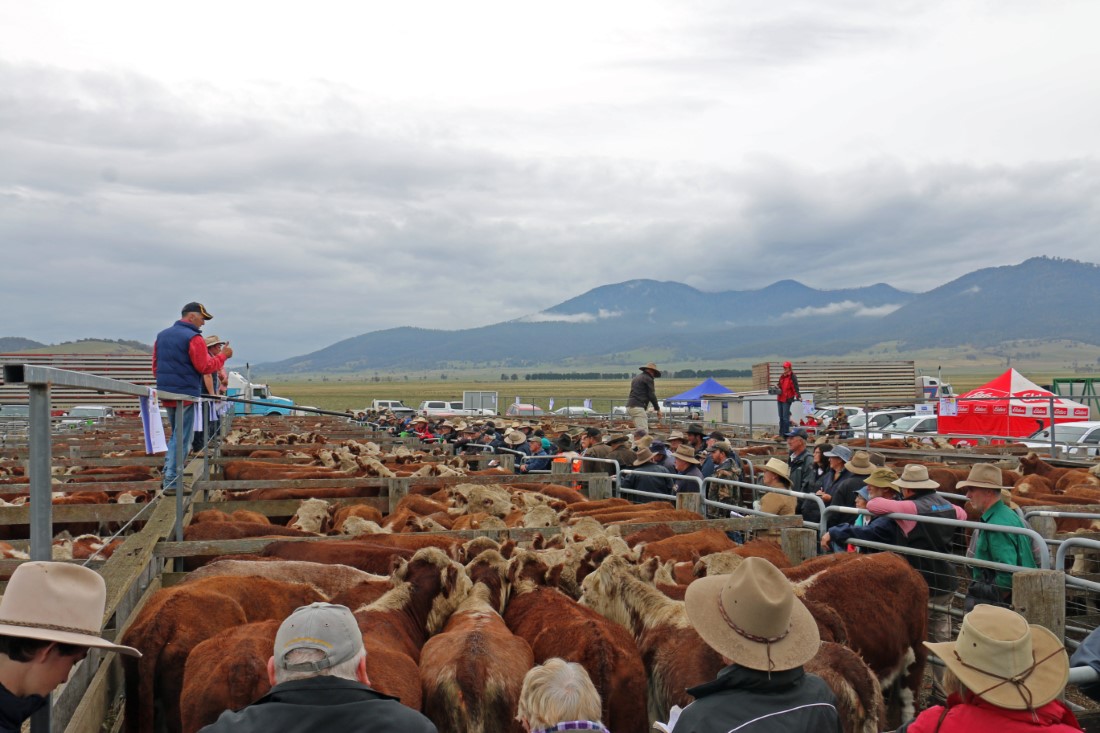 After years of drought, the 80th annual Mountain Calf Sales were held under stormy skies. 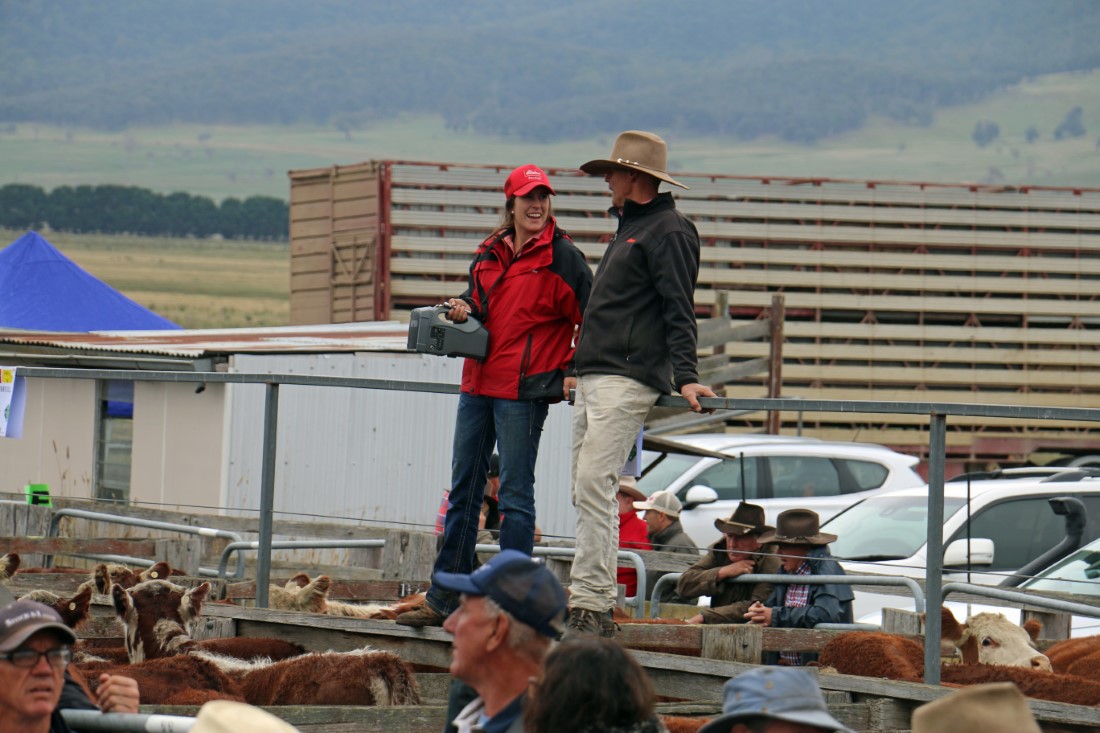 The Mountain Calf Sales are an annual pilgrimage and chance to catch up socially for many. 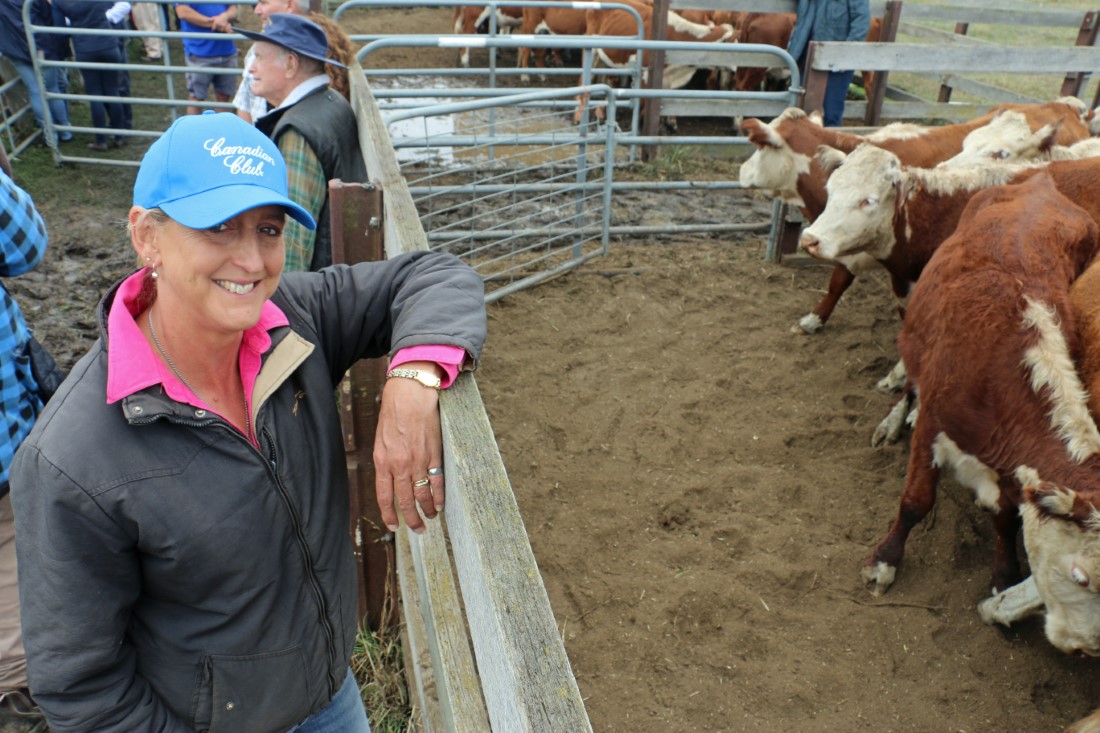 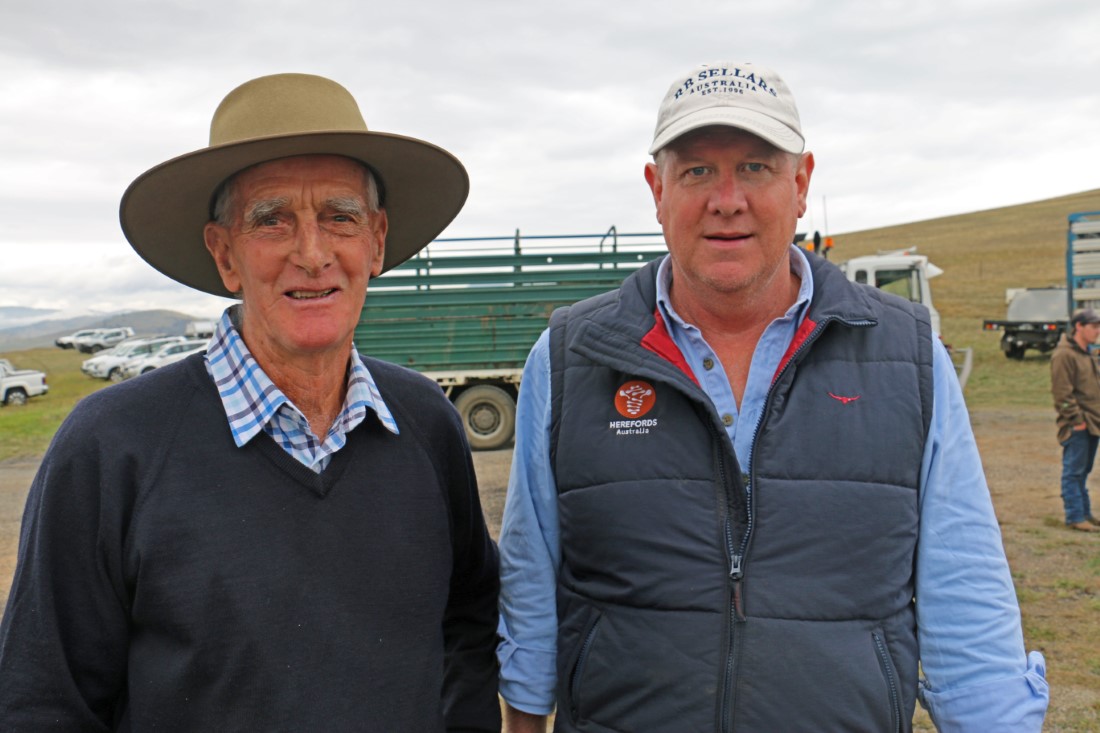 Barry Newcomen, Newcomen Herefords, Ensay, caught up with Michael Beattie, Herefords Australia, at the Benambra sale. Barry is normally a vendor at the Ensay sale, which will return in 2021 after being cancelled this year.