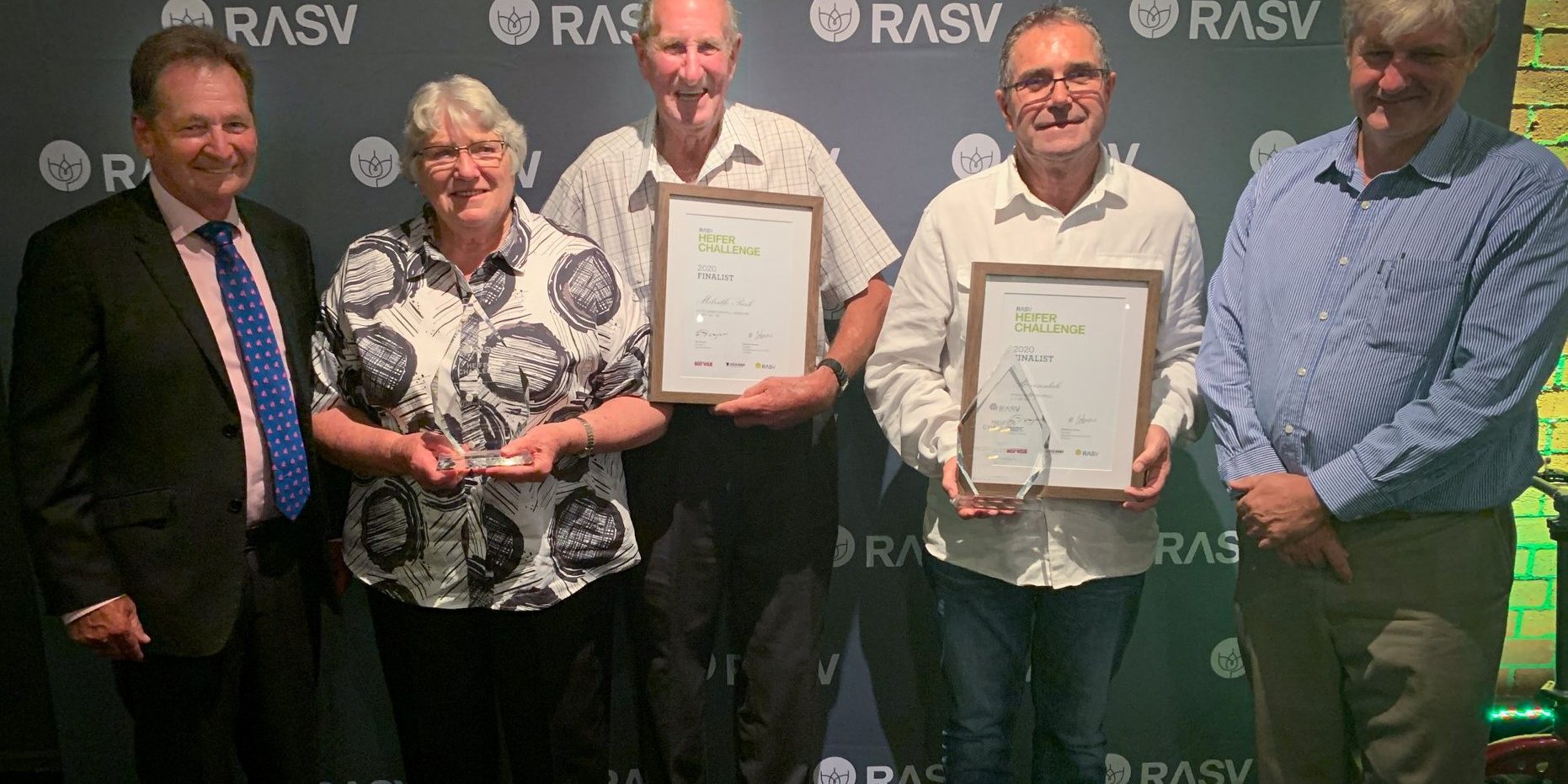 Herefords have excelled in the 2020 RASV Heifer Challenge claiming the champion and reserve champion titles and a third herd making the top ten finalists.

Champion pen in this year’s competition was awarded to Melville Park Herefords and Melville Poll Herefords of Vasey, Victoria.

Stud principal David Lyons was delighted with the win and has been entering the competition every year since it first began nine years ago.

“We were in the top ten last year for the first time, in other years we’ve been just outside the top ten, but I think these were the best lot of heifers we’ve ever entered,” Mr Lyons said.

The competition is a great opportunity for producers to showcase their female lines against females from other herds and other breeds with 32 herds represented in this year’s competition.

The Challenge is described as recognising excellence in herd replacement females in seed stock operations throughout Victoria and NSW.

“The competition gives everybody a chance to see what the exhibitor’s top 10 heifers are like and what they are trying to achieve.

“It’s good to see what a herd’s future breeders will look like,” Mr Lyons said.

Mr Lyons says that within their Hereford and Poll Hereford studs they are focused on good body type and good structure, while trying to keep birth weights down and increase carcase EBVs with positive fats and IMF.

Reserve champion was awarded to Ravensdale Poll Herefords of Holbrook, who won the competition last year.

Brian Burgess of Ravensdale was pleased with the result as it is offers good validation that their breeding program is going in the right direction.

“This result reinforces that it’s not just the bulls, our female herd is improving at the same rate.

“Our pen of heifers were consistent across the board and by five different sires,” Mr Burgess said.

Ravensdale aim to breed a consistent line of cattle with good balance across all traits, and EBVs in the top 10 percent of the breed.

Glendan Park Herefords were the third Hereford herd to make the top 10 finalists in this year’s competition.

The competition was judged by Rick Smith, an experienced cattleman who has managed several cattle properties and worked in the Justice Department as general manager of industry.

Mr Smith was very happy to be involved in this year’s Heifer Challenge as he considers the females in any herd to be the foundation for success.

“I consider the heifer program to be the foundation of the herd and the business.

“Get the cows right and the rest will follow,” Mr Smith said.

He said temperament and structural soundness were the keys to his assessment.

This year is the first time the same breed has been awarded champion and reserve in the RASV Heifer Challenge since it began and both Mr Lyons and Mr Burgess agreed that having three Hereford herds in the top 10 was an excellent result.

“It’s great for the breed to have three Hereford herds in the top 10,” Mr Burgess said.

“It’s good for your heifers to be judged among other competitors and other breeds.

“Hopefully more competitors will be back next year,” Mr Lyons said. 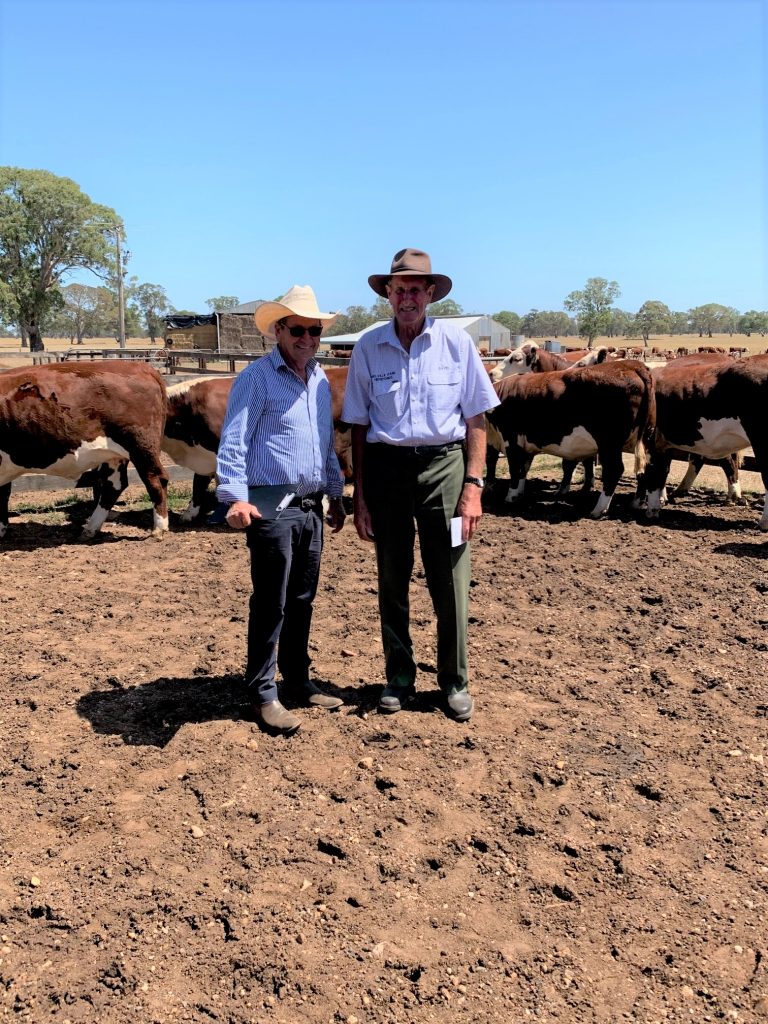 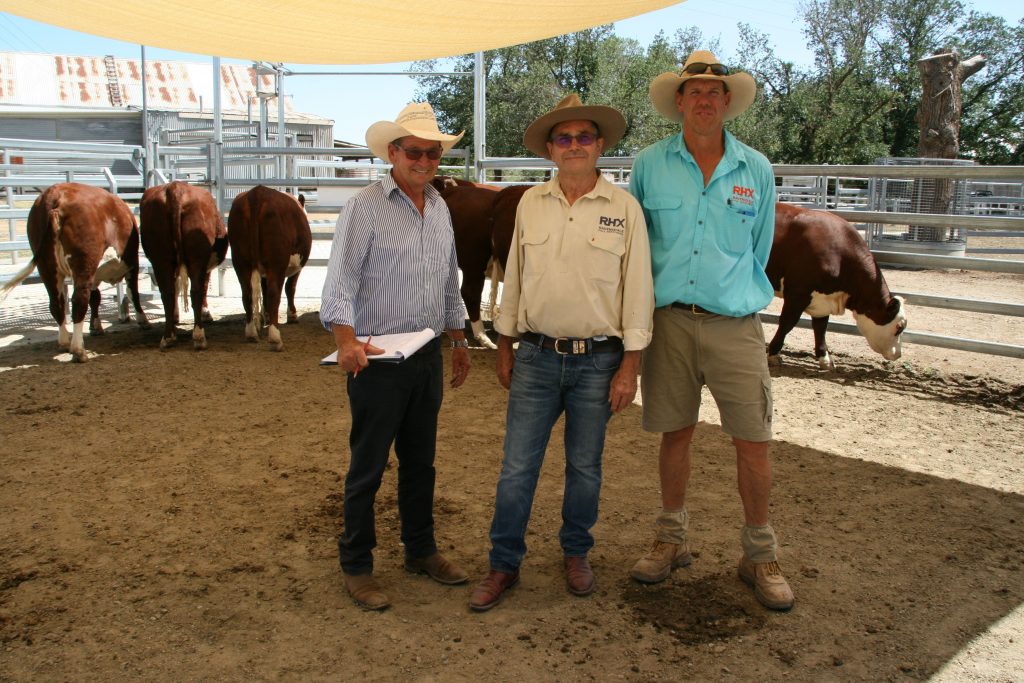 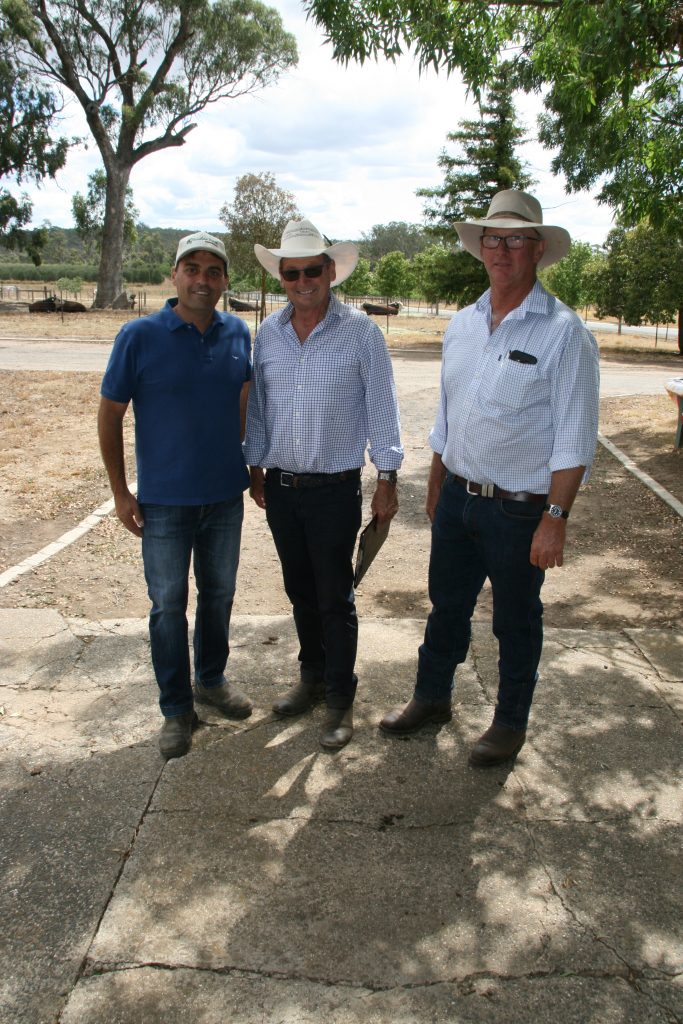 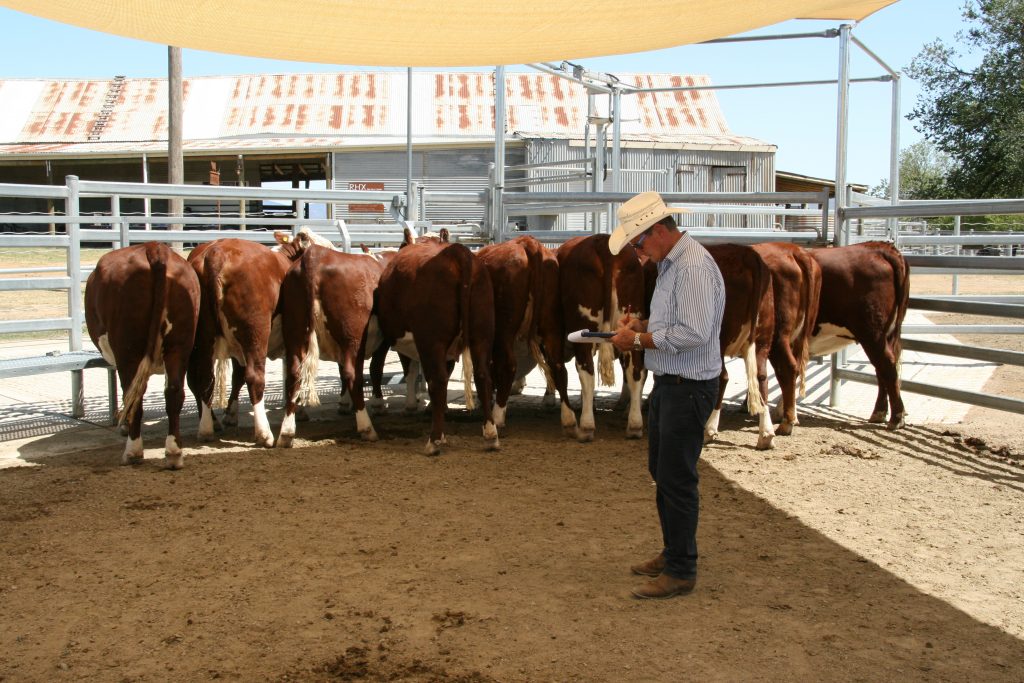 Rick Smith inspecting the Ravensdale pen of heifers in the RASV Heifer Challenge. 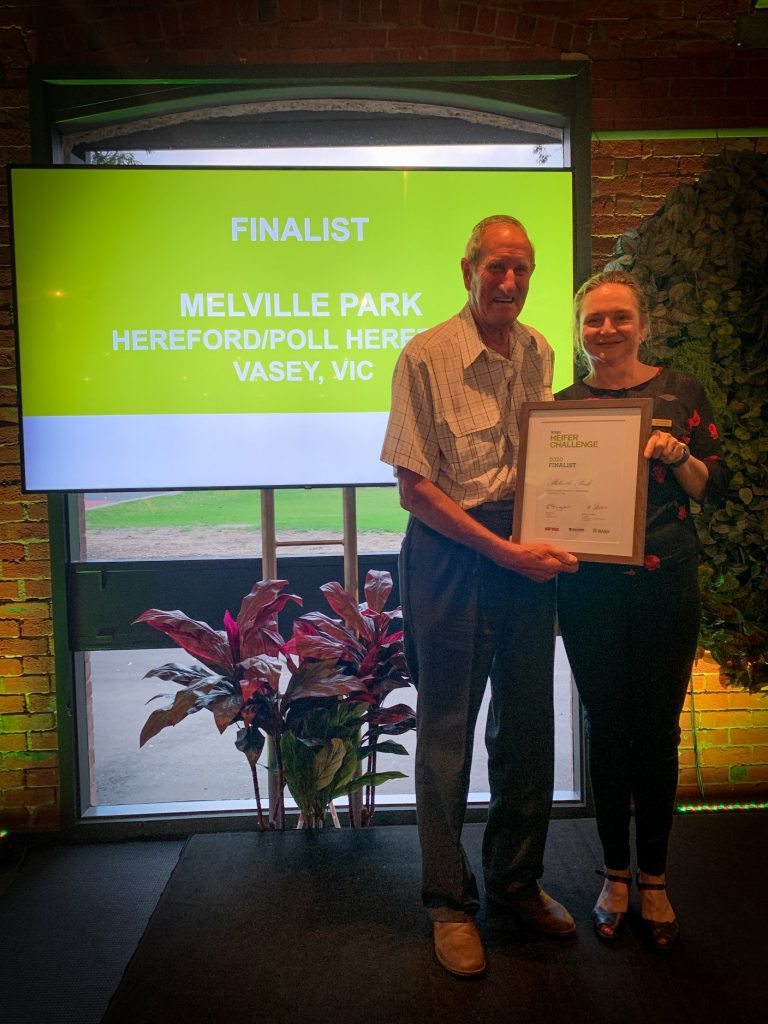 David Lyons of Melville Park at the presentation dinner. 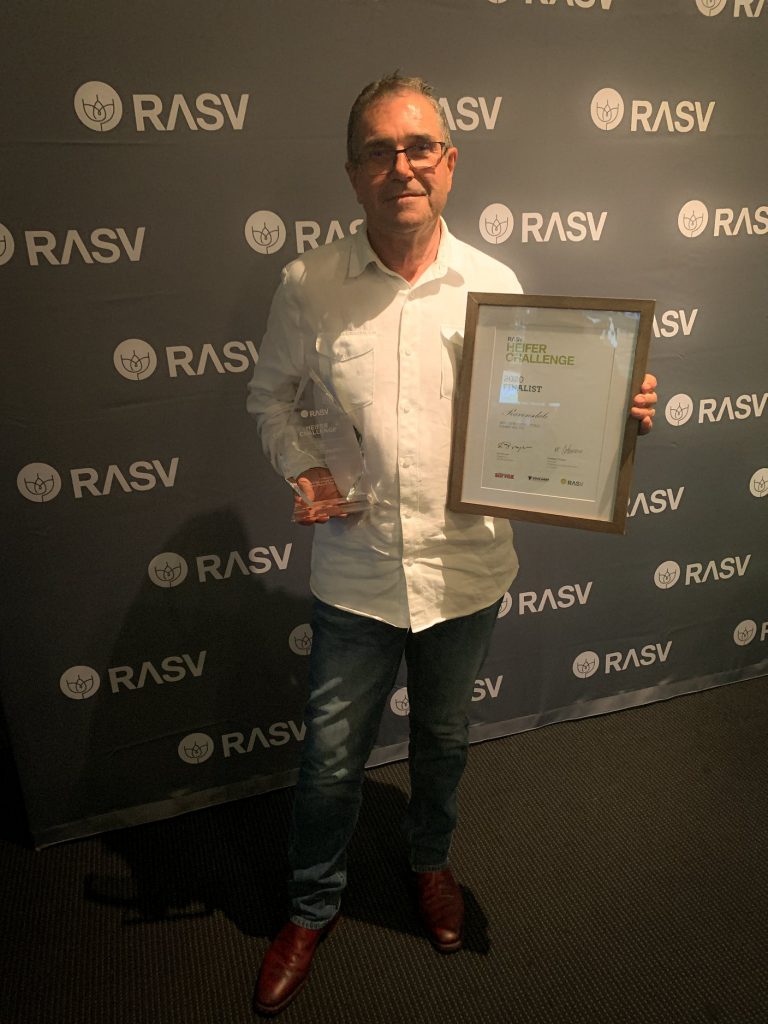 Brian Burgess with the award for reserve champion pen in the 2020 RASV Heifer Challenge. 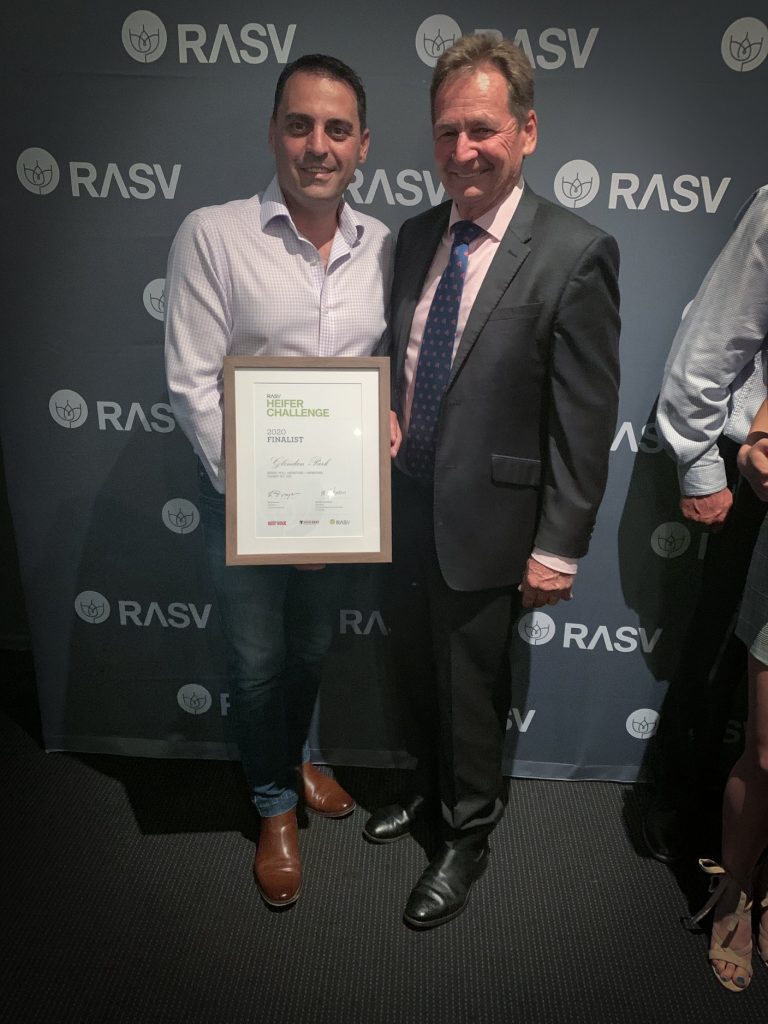 Alvio Trovatello of Glendan Park was named as one of the finalists in this year’s competition. 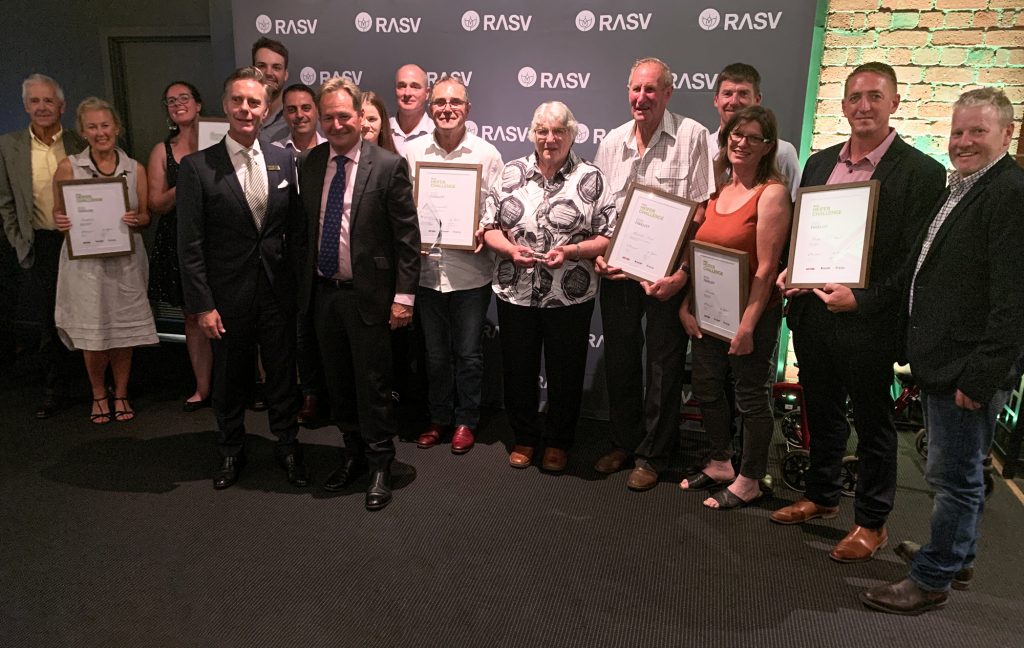 All finalists in the 2020 RASV Heifer Challenge.