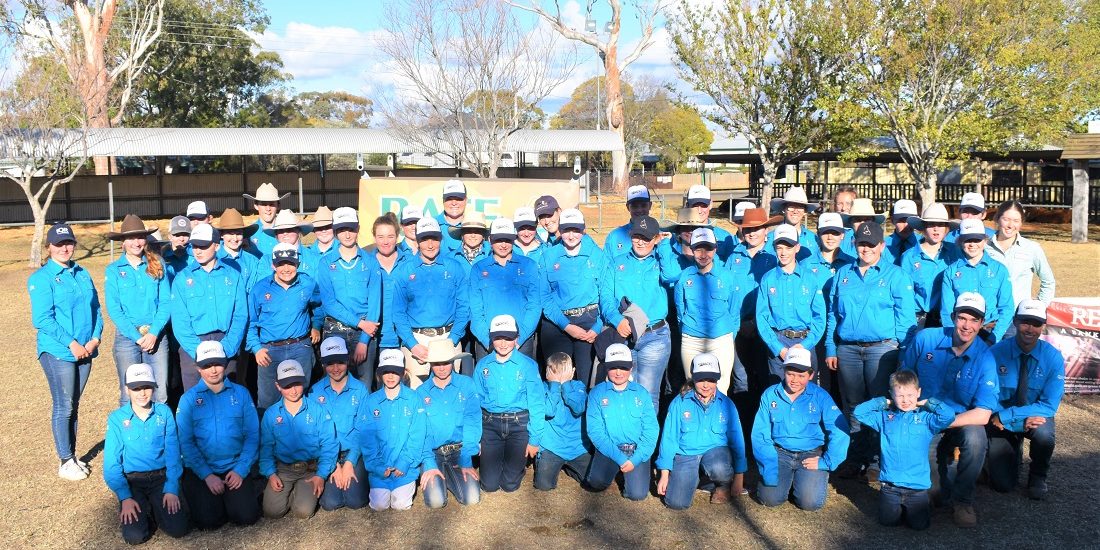 The Herefords Queensland Youth Association held their annual youth show in Pittsworth on the first weekend of July.

The show drew 55 keen competitors from across NSW and Queensland who enjoyed a weekend full of educational activities and cattle competitions. Participants ranged in age from six to 25 with Seniors buddied up with Pee Wees for the weekend to assist with their cattle.

Saturday morning saw the Pee Wees partake in a hands-on branding activity with Julie and Lyall Nixon and Mark Duthie. Breeders who had donated cattle for the weekend brought in their branding irons for the kids to practice branding on pieces of timber. The boards were then varnished and had hooks fixed to be turned into hat racks to be auctioned off at the dinner on Saturday night.

Meanwhile, the Intermediate and Senior competitors took part in a Breedplan information session and activity conducted by Steve Reid. Steve explained the use of Breedplan as a selection tool and the use of various traits. Participants were then split into groups and given sheets of EBVs from which they had to choose the best animal to meet different production goals.

All groups attended a farm safety and first aid session where they were taught basic first aid skills such as bandaging and CPR. Participants were reminded to take care of their own personal safety while on farm including wearing helmets and protective gear when riding motorbikes.

Throughout the day all groups had a paraders practice session in preparation for the paraders competition on Sunday. Competitors were instructed on how to best show off their animal while in the ring, including standing the animal and ensuring halters and leads are correctly held and fastened.

Other activity sessions included halter making, photography, arts and craft and an information session on animal health and vaccination.

All competitors participated in a public speaking workshop in preparation for the junior judging competition. All participants had to deliver a short presentation to their peers and were given tips and pointers on how to overcome nervousness and present clearly to an audience.

In the Juniors Kayla Duncan was awarded the grand champion sash while Taylah Doman took out reserve.

Sunday morning kicked off with the hotly contested paraders classes. Cattle, equipment and competitors were shining as each parader did their best to impress judge Lawrence Sehmish-Lahey.

Following the paraders classes, cattle were once again brought into the ring for the cattle classes, this time judged by Ben Crowley of Tycolah Poll Herefords.

Champion steer was awarded to Vegas, a purebred Hereford owned and exhibited by Charleigh Tucker and champion commercial heifer was won by Blossom, a black baldy heifer exhibited by Bridie Gurner.

The competition heated up in the heifer classes with the majority of the cattle entered at the show being purebred heifers.

In the junior heifer division Wallan Creek Lioness took home the champion sash. Lioness was exhibited by Felicity Roberts and donated by the Nixon family of Wallan Creek Herefords.

Supreme champion animal of the show was awarded to the champion futurity female; Talbalba Moonbeam M141, who was led by Bridie Shooter with her young bull calf at foot, led by Riley Bacon.

Judge Ben Crowley commended Moonbeam’s femininity and the excellent job she was doing on her young calf.

The Bred and Owned class was the final class of the day where competitors with their own studs entered animals that they bred. The champion sash in this division was awarded to Jacaranda Corisande, a 12-month-old daughter of Tondara Clines Vendetta J303, bred and owned by Alex Rankin.

The final presentations of the day saw the presentation of the special awards for the weekend.

The prestigious Herdsman competition was judged by a team of judges over the weekend with competitors assessed on their personal presentation, the presentation of their animal and their willingness to lend a hand to other competitors at the show.

The Queensland Ambassador Award was presented to Alex Rankin and the Lyn Zillman award was awarded to Lyall Nixon. Both awards were judged by Felicity Reeves of Reevesdale Poll Herefords.

The new Herefords Queensland Youth Association committee was voted in at the AGM on Friday night and will continue planning other youth activities for the year and begin preparing for next year’s Pitttsworth heifer show. 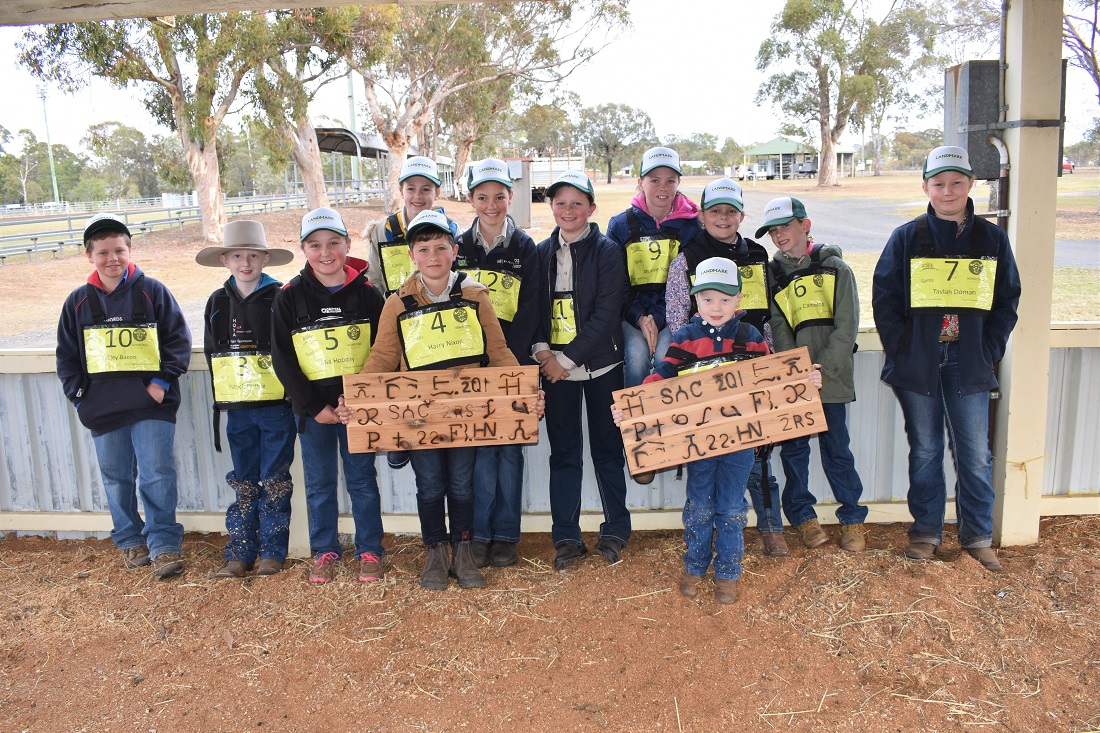 The Pee Wees enjoyed a hands on branding workshop at the Youth Show. The branded boards were turned into hat racks and auctioned at the fromal dinner on Saturday night. 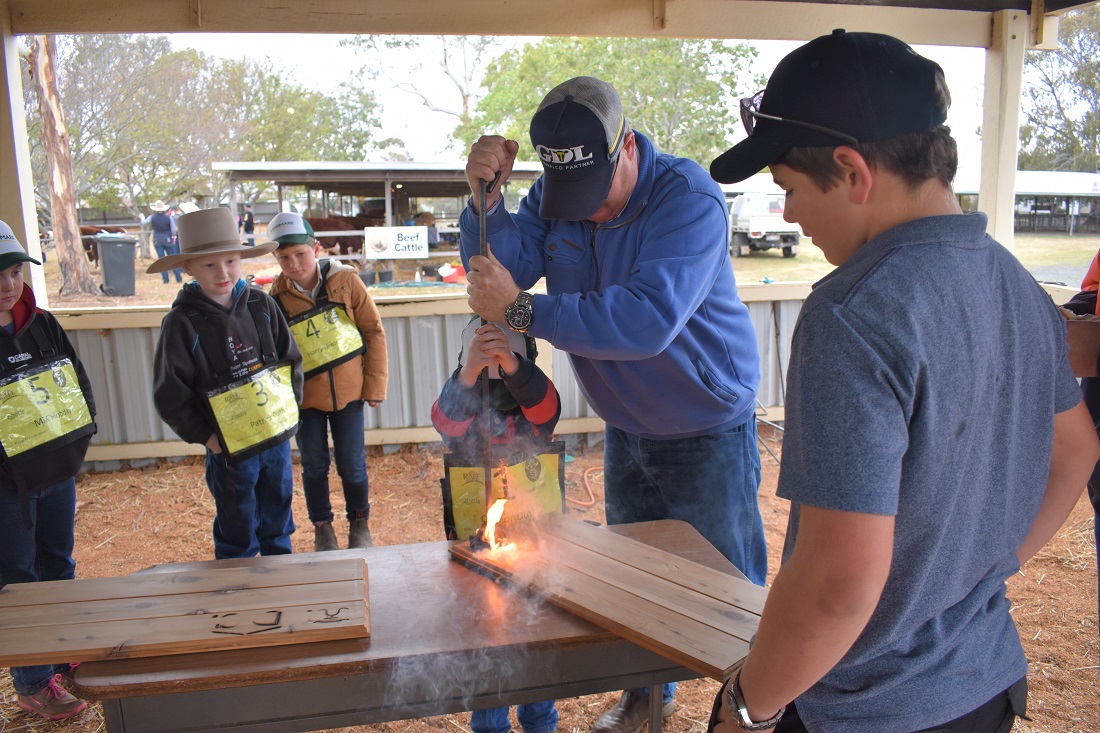 Connor Duthie gets some branding practice with the help of his dad Mark Duthie. 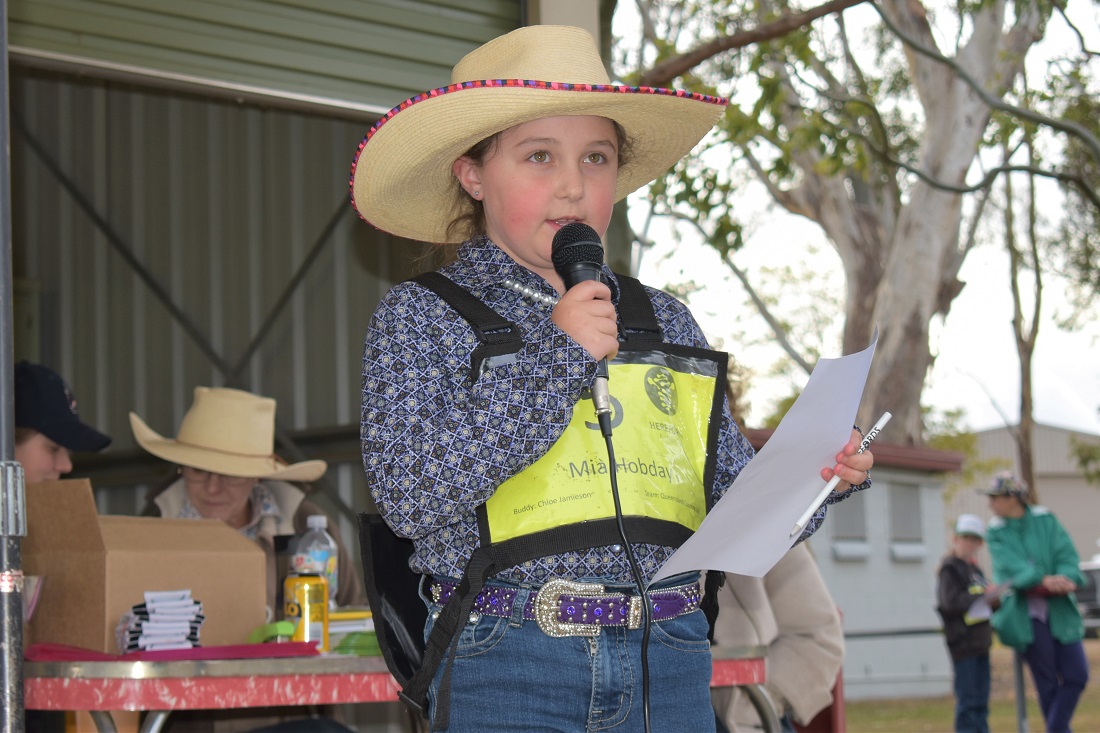 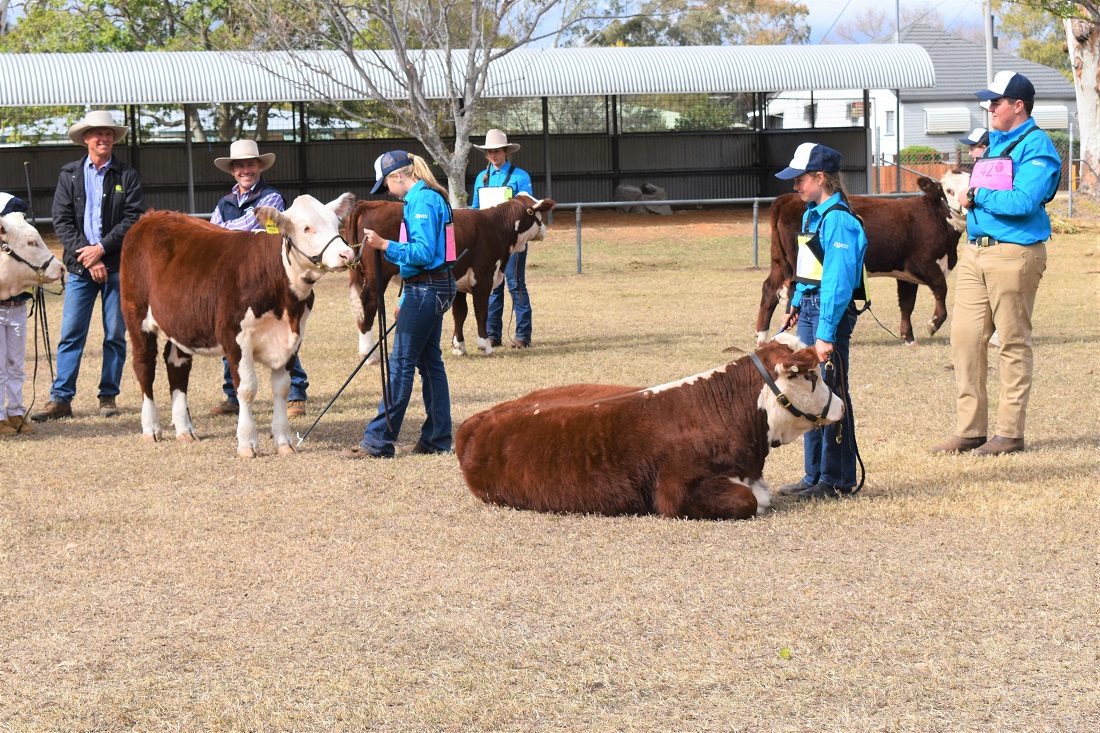 The cattle classes were too tiring for some! 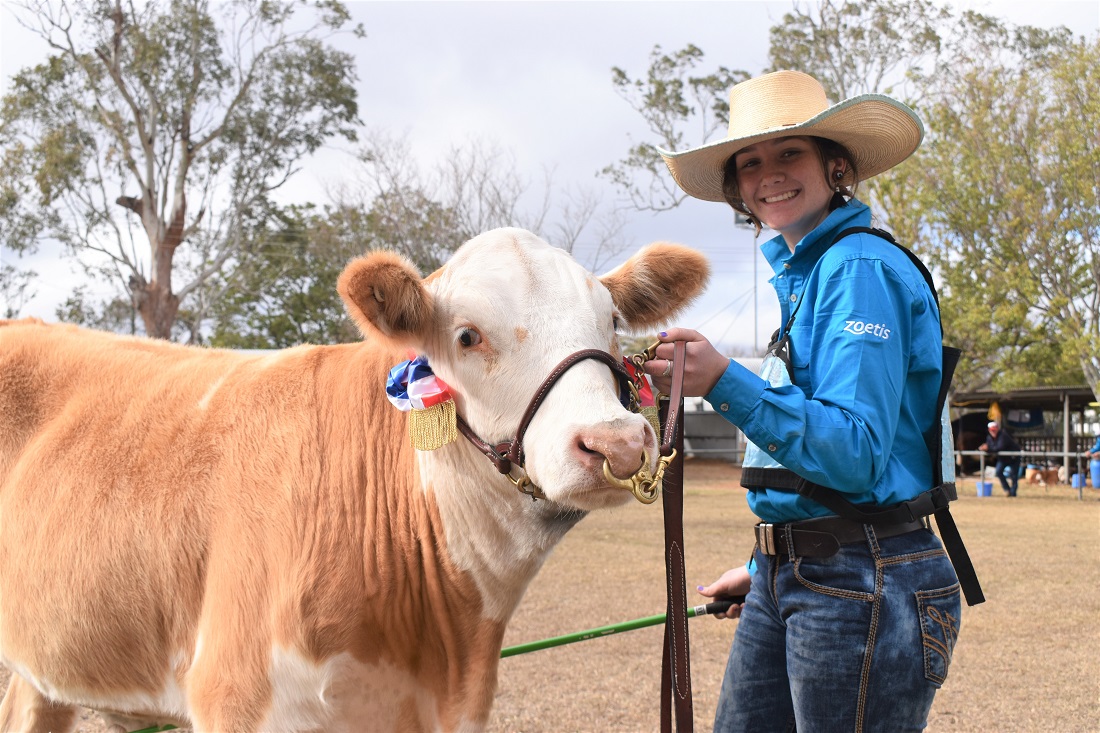 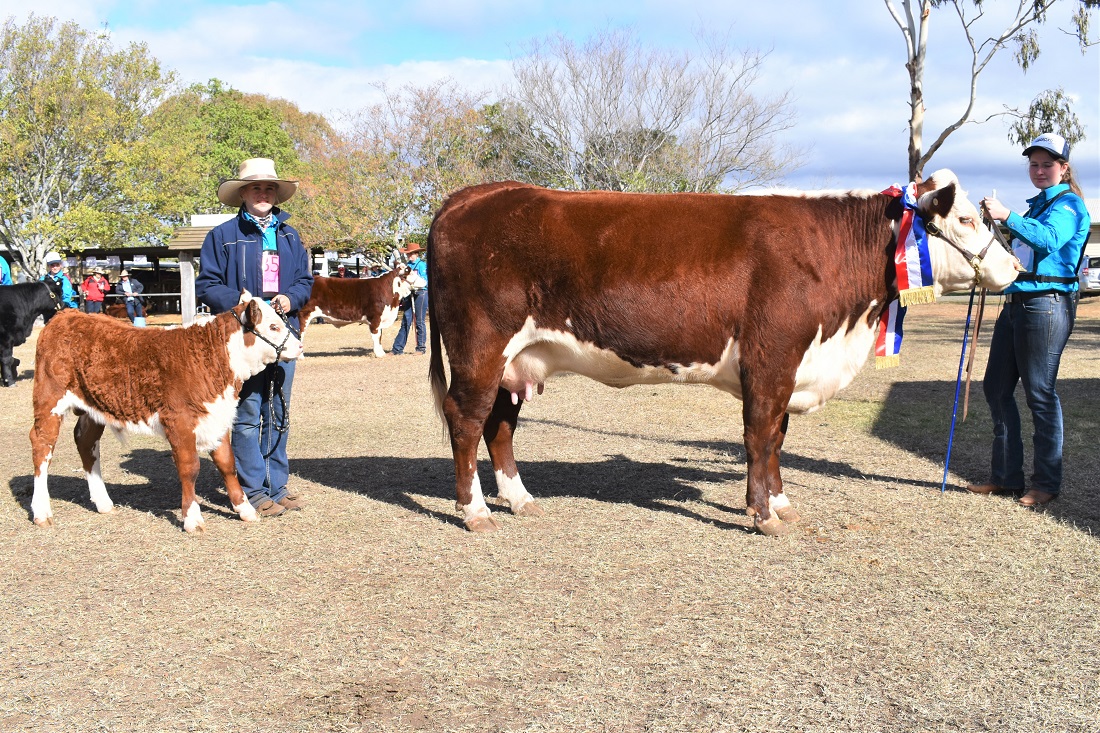 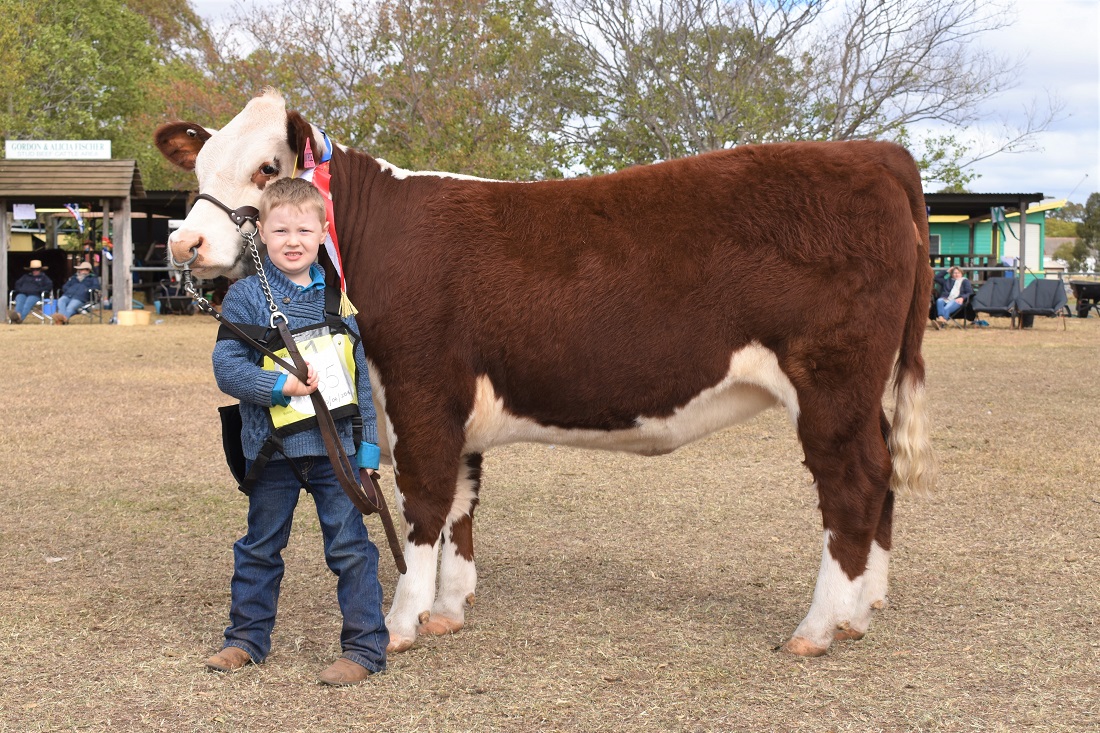 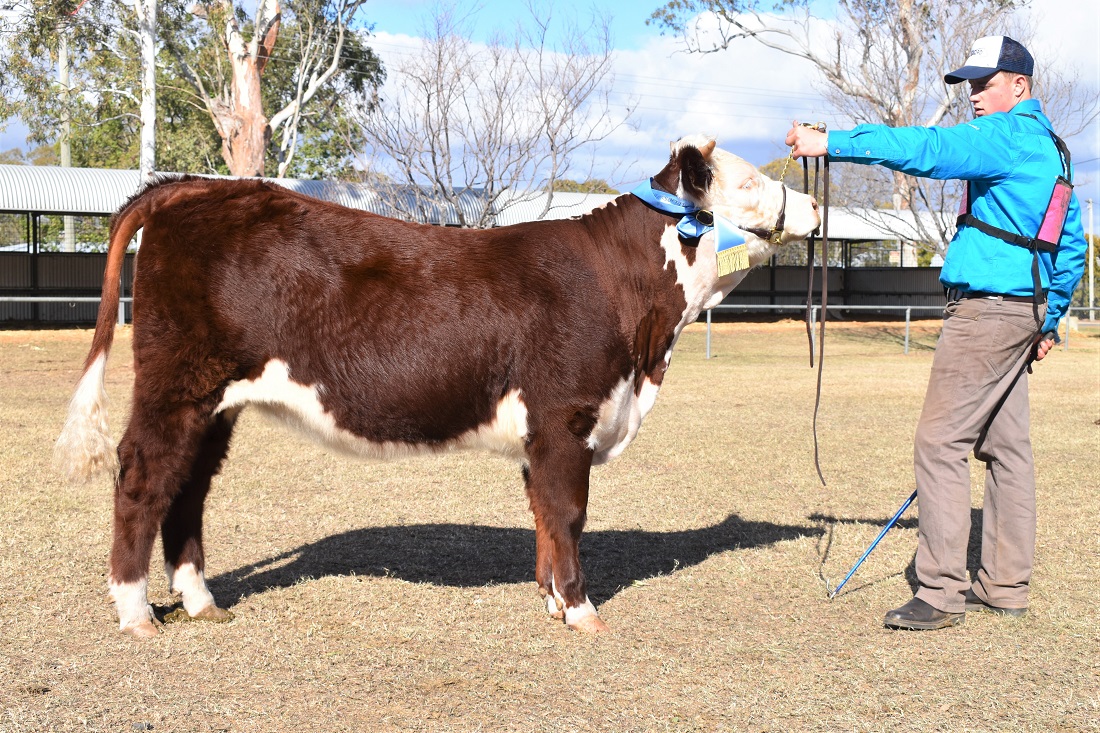 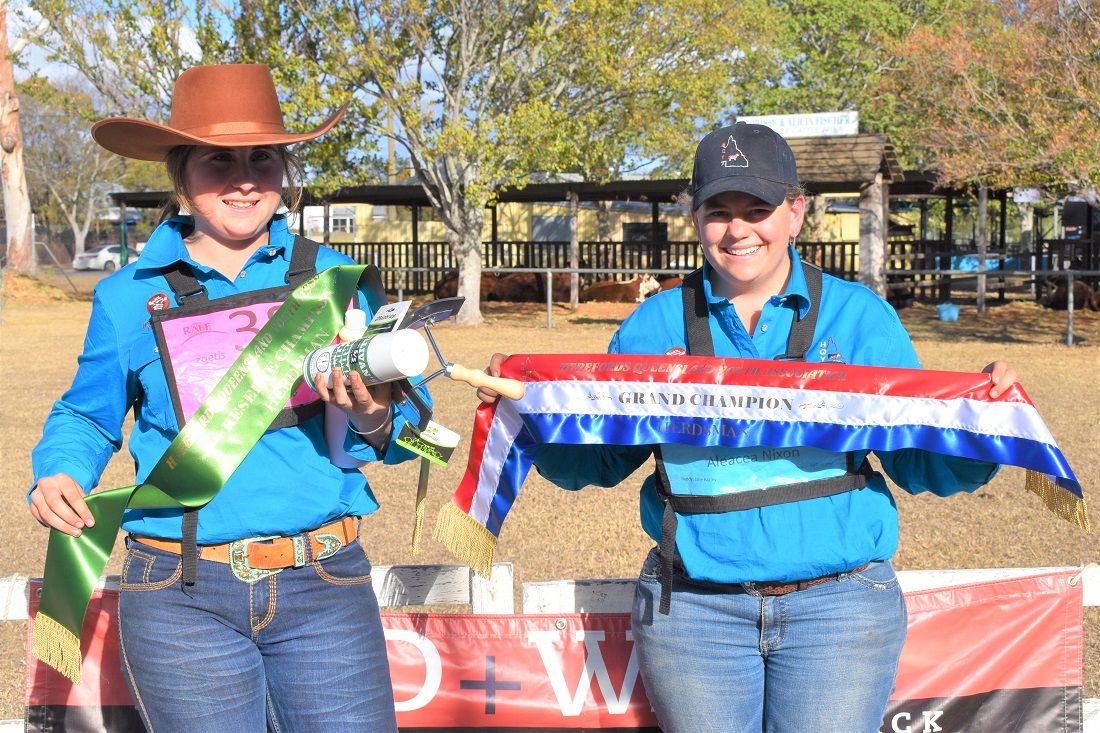 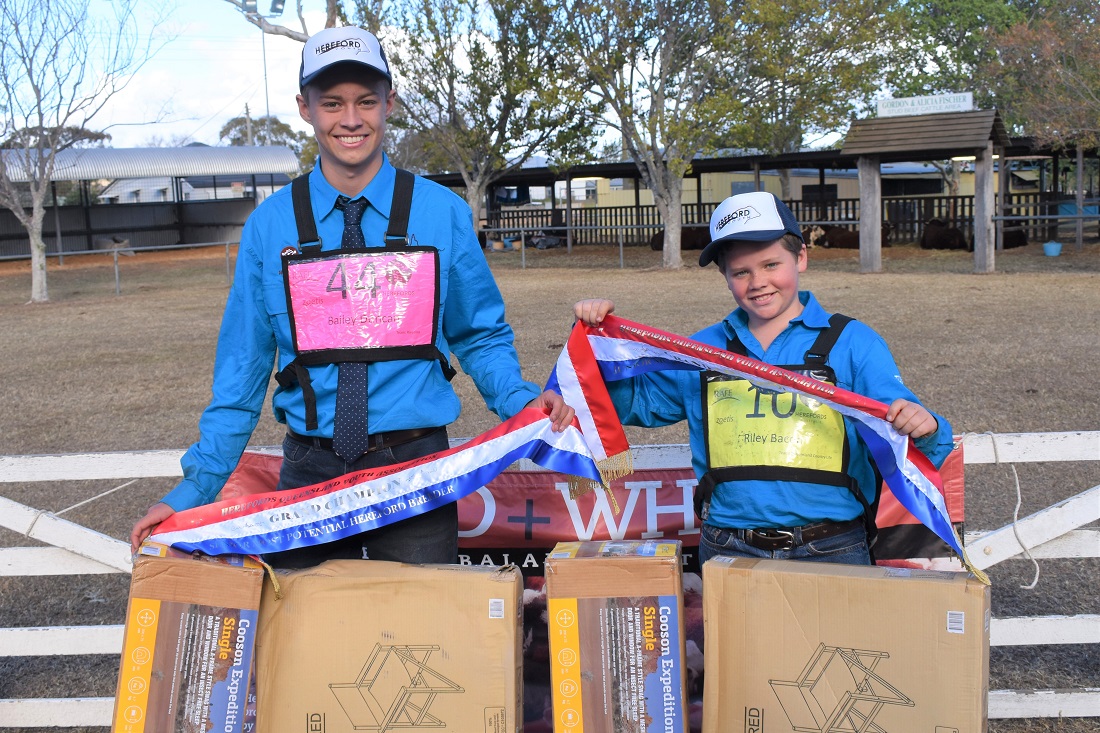 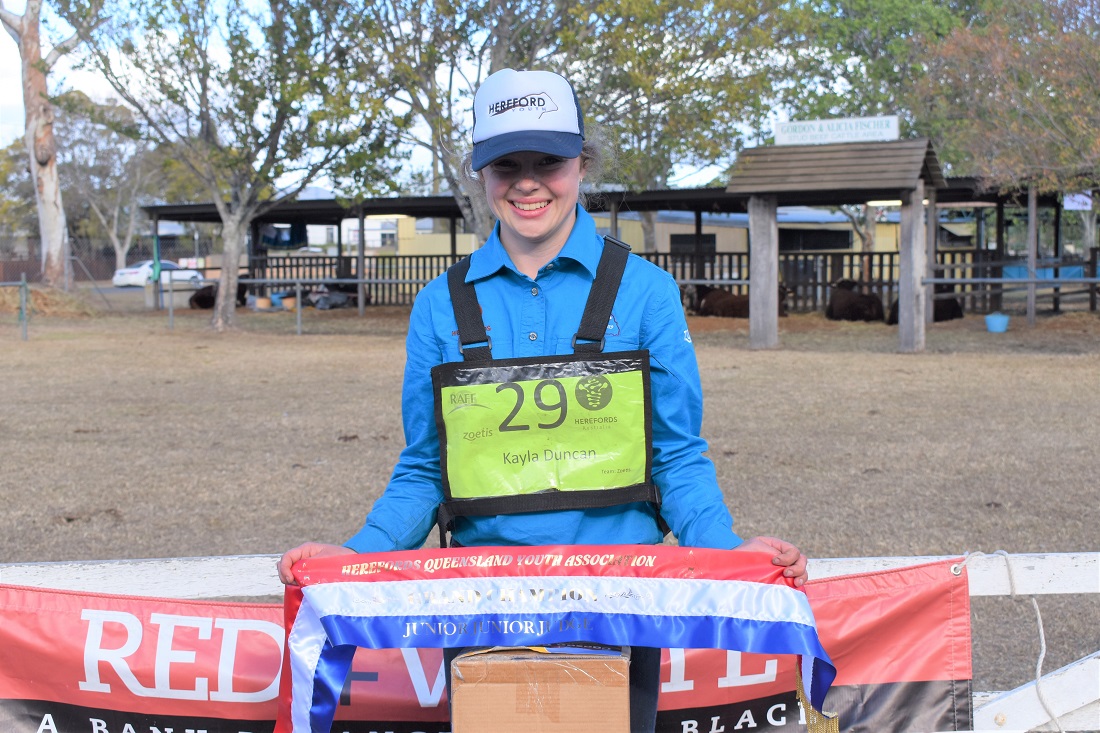 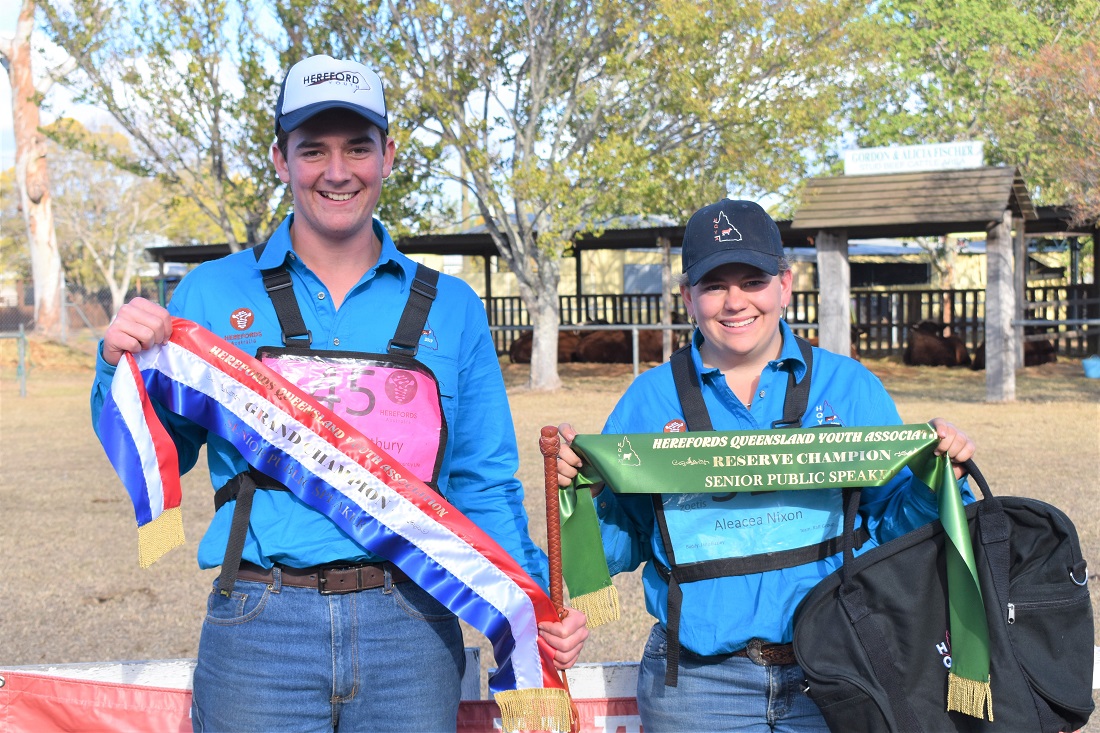