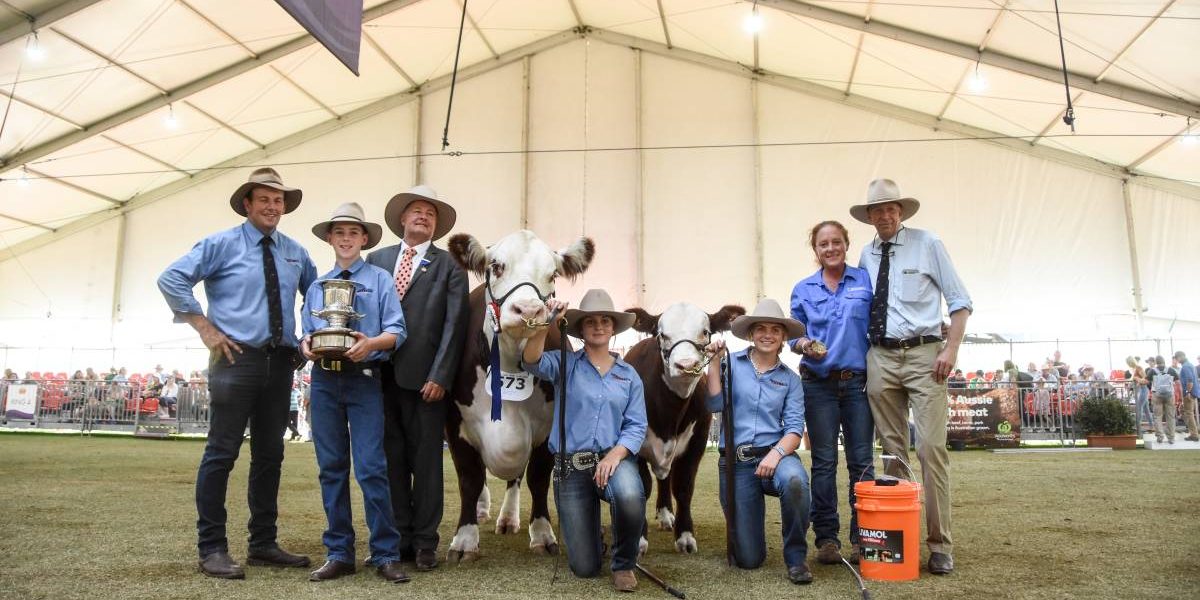 76 exhibits were entered in this year’s show from breeders across New South Wales and classes were judged by Peter Falls of Malton Shorthorns in the Riverina.

The Canada Perpetual Cup for Best Exhibit was awarded to the senior and grand champion female, Kanimbla Harmony K157, exhibited by Jordan Alexander and Thomas Holt of Tondara Herefords.

The four-and-a-half-year-old cow was sired by Merewah Export F21 and was exhibited with her bull calf Tondara Mason at foot.

Tycolah Queenscliff N029 was exhibited by the Crowley family of Barraba and was awarded the sash for senior champion bull before going on to win grand champion bull.

Sired by Allendale Bingara K184, Queenscliff is a high growth bull with a 600-day weight EBV in the top 15% of the breed.

Tondara Harmony 1 was also exhibited by Jordan Alexander and Thomas Holt and is the daughter of Kanimbla Harmony K157.

Competition was tight between Tycolah and Tondara Hereford studs throughout the day, and while Tondara came away with the sash for best exhibit, Tycolah claimed the awards for pair of bulls, breeder’s group and sire’s progeny.

Tondara placed second in the pair of bulls and in the breeder’s group while second place in the sire’s progeny class was awarded to the Weller family with their exhibits sired by Tondara Uptown K073.

The dam’s progeny class was won by Llandillo Poll Herefords of The Lagoon NSW with their progeny out of Llandillo Vanessa G245. 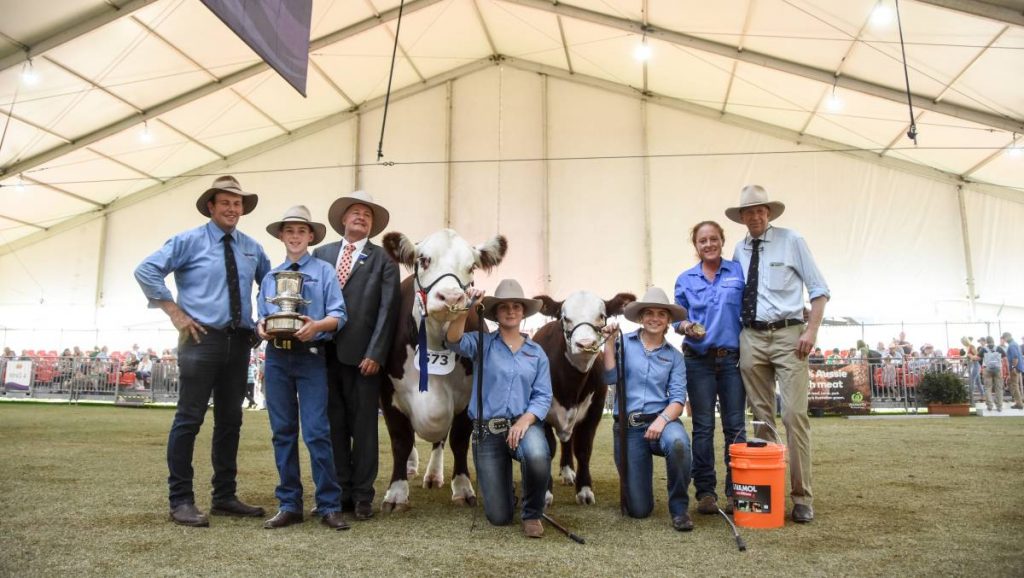 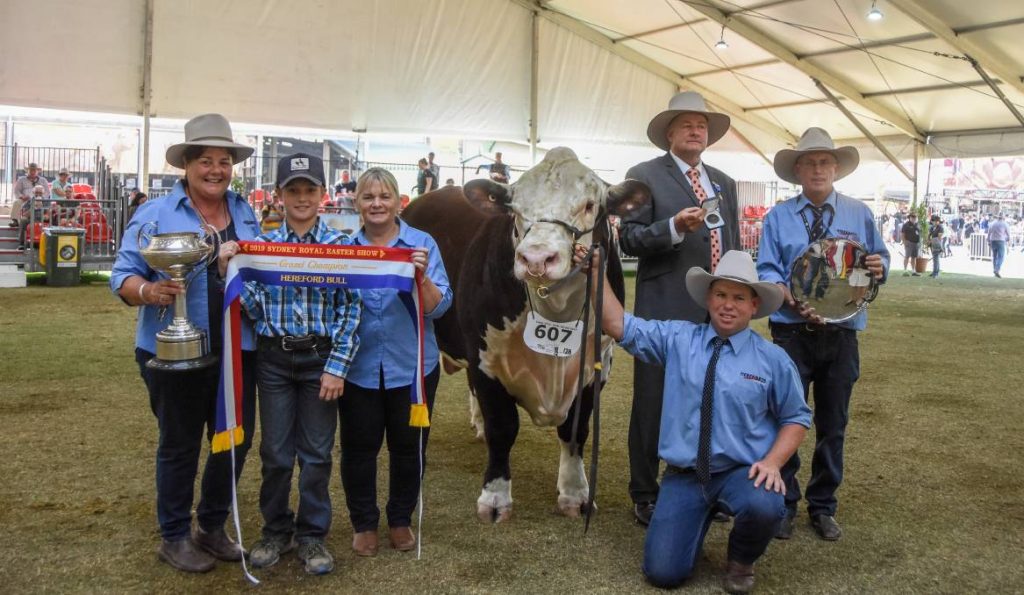