The first Black Baldy steers are due to be processed this autumn under the Herefords Australia crossbreeding trial in Tasmania.

The trial is set to generate controlled, accurate data on the commercial value of crossbred beef genetics using Hereford sires over Angus females.

This week, a total of 239 steers and 204 heifers, winter/spring 2015 drop, from the first cohort were ultrasound scanned for fat depth, eye muscle area and intramuscular fat.

They were also assessed for structure and temperament, and their 400-day liveweights collected.

The cattle are being grazed at Cape Portland and Nabowla under the management of Musselroe Beef.

The Black Baldy trial is a partnership between Herefords Australia, Adelaide University, Meat and Livestock Australia and Musselroe Beef.

The project has received 50 per cent co-operative funding over an initial three-year period from the Meat and Livestock Australia Donor Company.

Females are artificially joined to 11 industry leading Hereford sires, along with Angus as a comparison.

Herefords Australia breed development manager Andrew Donoghue said the cohort one steers and heifers looked well, with the grass finished steers due for processing at Greenham Tasmania in March/April.

The assessments and scanning were carried out by Roger Evans and Lonnie Stone, Bovine Scanning Services, Tamworth, NSW.

Mr Donoghue said the heifers have had three ovarian scans and were joined naturally.

“Calving is completed from the second cohort and the progeny will be weaned in March,’’ he said.

“Under cohort three, about 500 cows have been artificially inseminated to calve in 2017.

“Black Baldy heifers from cohort one have been joined naturally to calve in July-August 2017.’’ 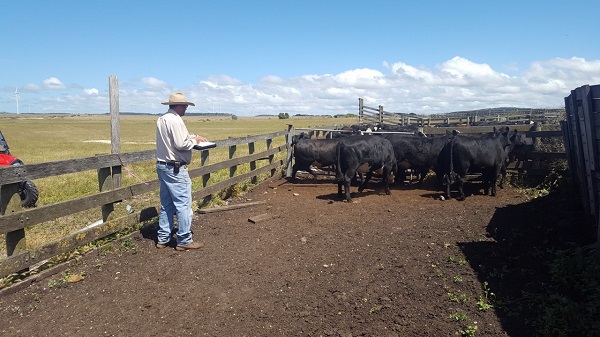 Roger Evans, Bovine Scanning Services, assesses the temperament of the progeny in the crossbreeding trial. 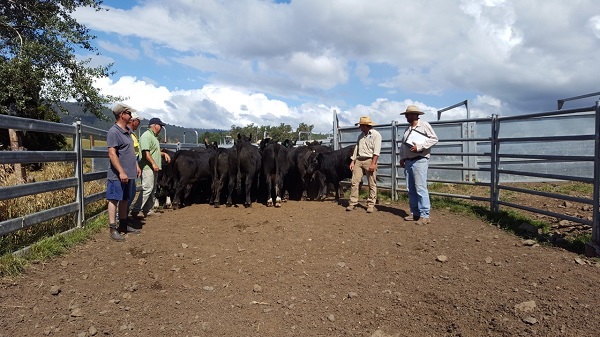 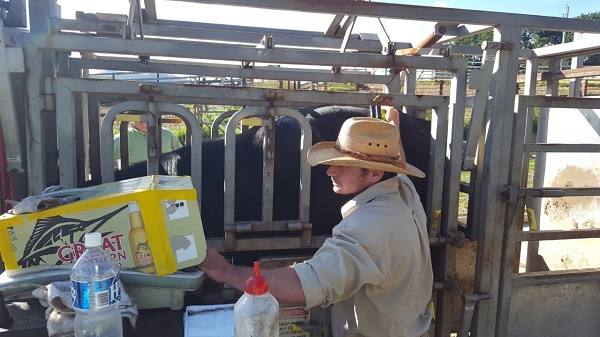 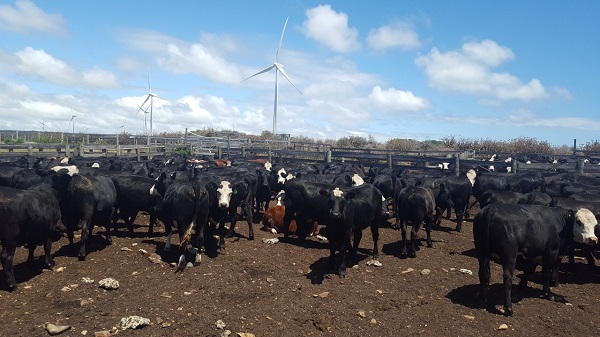 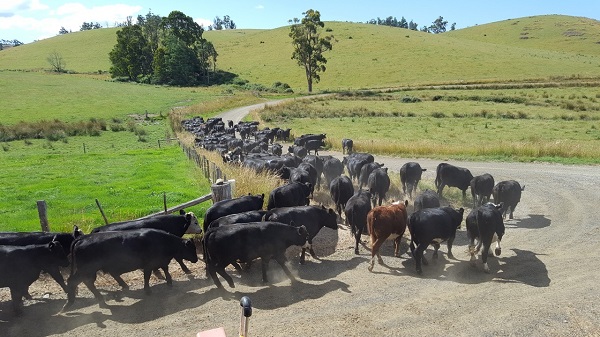 The steers are being finished on improved pastures and are due to be processed in autumn at Greenham’s.