Gippsland Hereford producers have toured King Island to see the grass finishing ability of their cattle sourced out of the annual Mountain Calf sales.

Members of the Ensay Producers Group were invited by Elders Bairnsdale to take part in the supply chain tour on November 4 to meet with their steer finisher customers and island beef producers to gather feedback.

They were hosted by King Island steer finishers Ian Lester, who has been a regular buyer at Ensay Weaner Sales for the past three years, and Michael Youd, a buyer at the Yea and Bairnsdale sales.

“They were running on beautiful undulating country which is nearly all ryegrass, with a maximum temperature of 34-35 degrees in summer and 8-9 degrees in winter,’’ he said.

“The cattle grow at a 1kg a day all winter and a lot more over summer.’’

Mr Newcomen said the finished cattle were processed at Greenhams or JBS Australia in Tasmania for grassfed brands.

“The King Island steer finishers buy out of the Ensay sale as they like the quality of the cattle and the calves do well,’’ he said.

“The Hereford cattle have greater weights, are quieter and do well in the island environment.’’

The Ensay Producers Group has issued an invitation to the island buyers and producers to attend the Mountain Calf Sale circuit on March 14-15.

Mr Newcomen said weaner liveweights were expected to be similar to this year, while prices would be strong in line with recent sales at Bairnsdale. 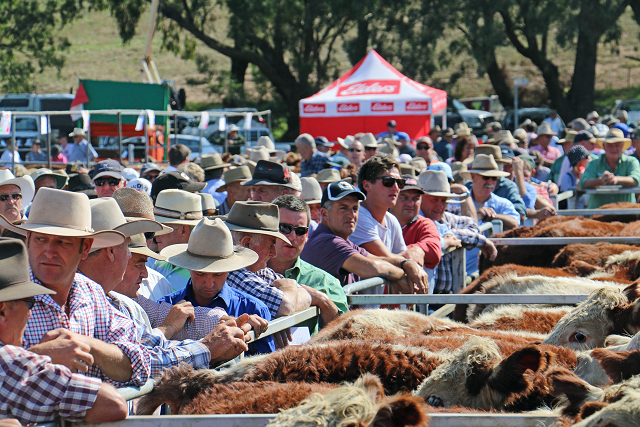 Steer finishers from King Island will be back at Ensay this year to buy Hereford and Hereford cross weaners.