The June 2015 drop heifer was out of Talis Twilight H951 and exhibited by Alex McLachlan, Glenquarry, NSW.

Hereford exhibitors also placed highly in the hoof and hook classes, and in the youth handlers at Melbourne.

The March 2015 drop bull was sired by Allendale Waterhouse D1 and is out of Ke Warra Alice Image G33.

Rose, a daughter of Kanimbla Renegade F117, was judged to have the cutest calf in the interbreed.

Herefords Australia Youth members came up trumps at the Royal by winning the Waterford Challenge for the third year in a row.

Each breed assembles a youth team with members working together to prepare and parade a heifer.

They are collectively judged on their teamwork.

Brandon prepared a team of purebred steers for the hoof and hook classes, placing third in the led export class with a FCC Twenty X sired steer – the highest placed Hereford in the led steers.

He also placed fourth in the led heavy domestic with a son of Devon Court Advance F052.

The entry went on to be sashed as the reserve champion heavy domestic carcass.

Weighing 275kg carcass weight, the steer was exhibited by Rutherglen High School and had an Meat Standards Australia Index of 59.78 and an eye muscle area of 94sqcm. 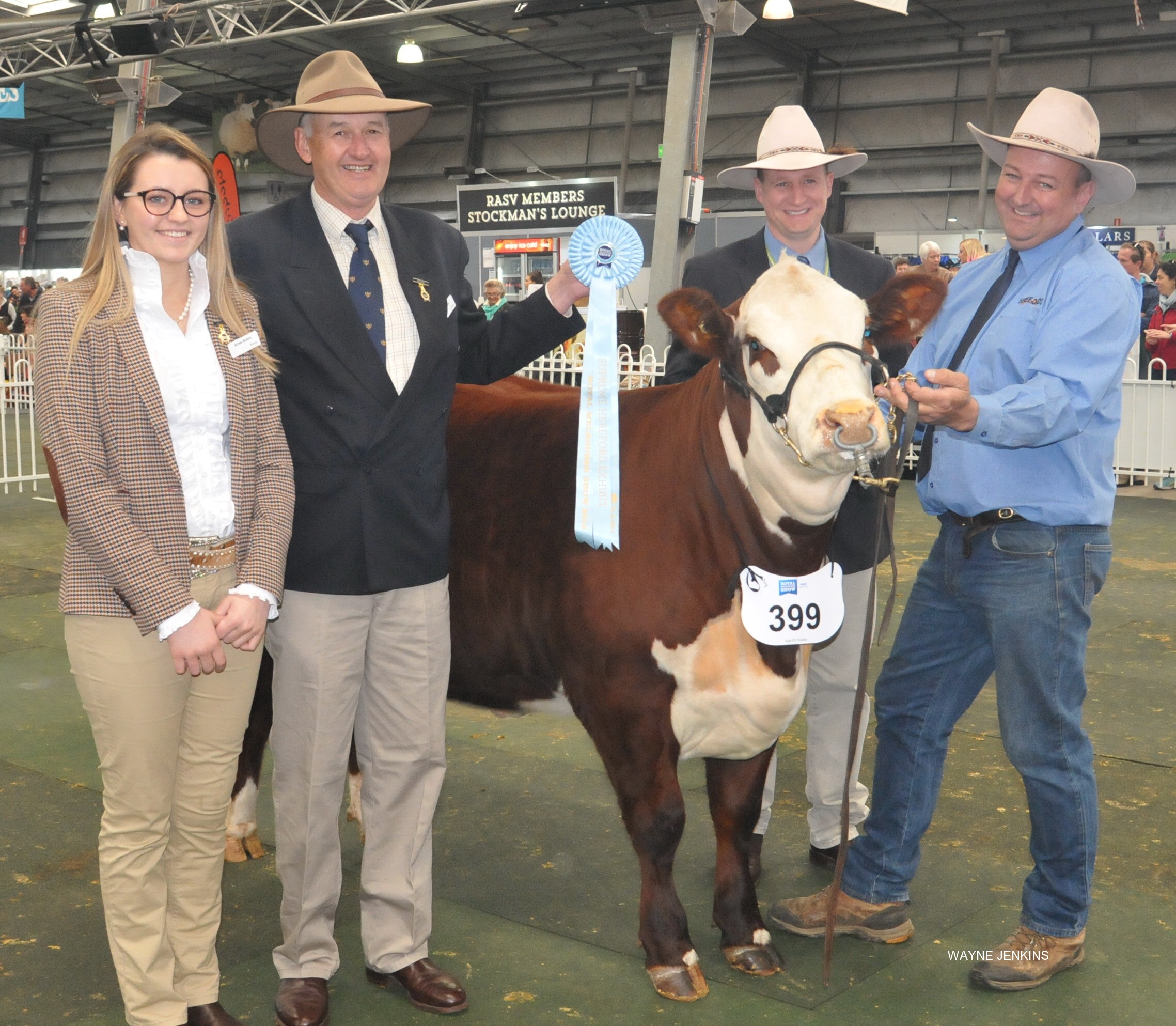 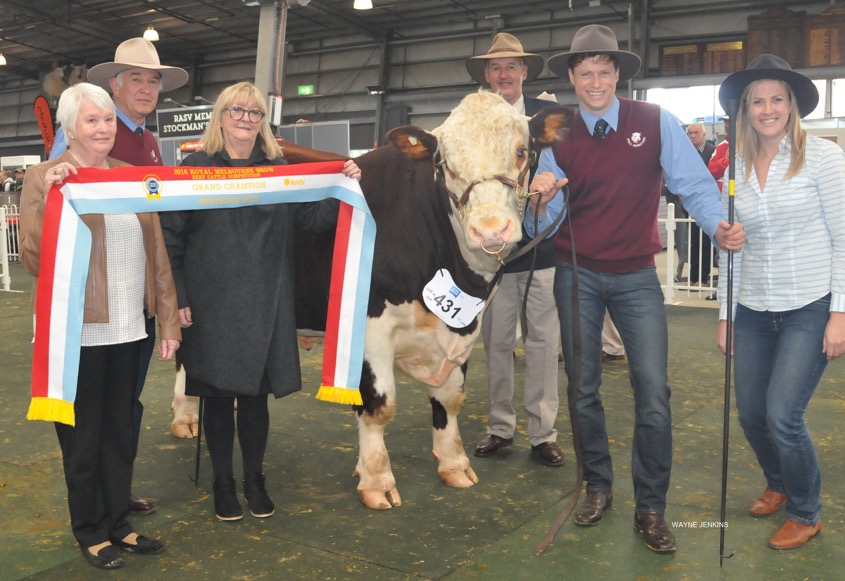 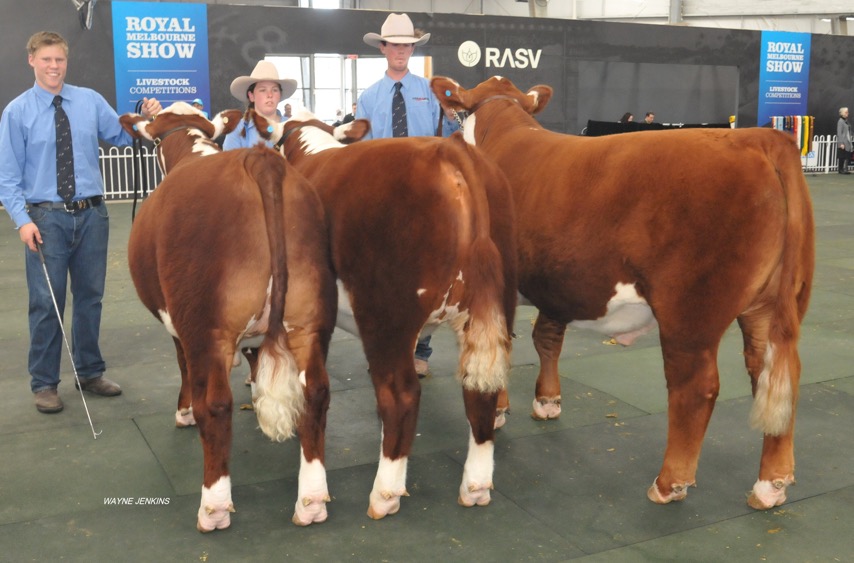