To be held at the Glen Innes saleyards in northern NSW on July 28-29, the 71st annual show and sale has drawn 17 NSW and Queensland vendors offering horned and polled bulls, and six heifers.

All bulls are semen tested, vet checked and ultra-sound scanned.

The female lots comprise three depastured heifers, two unjoined heifers and one heifer with a calf.

Show classes are judged on the afternoon of July 28 and the sale held on July 29.

Judge for the event is young Victorian Hereford breeder, Andrew Klippel, Sugarloaf Creek stud, Corryong. Andrew and his wife Serena sold nine bulls to a top of $24,000 at the 2016 Herefords Australia Wodonga National Show and Sale.

Last year the sale date was changed to July to coincide with a week of on-property sales in northern NSW.

“Value for money is the main attraction for buyers at the annual Glen Innes bull sale,’’ Mr Vivers said.

“Top quality bulls are sourced from Glen Innes by both the commercial and seedstock sectors of our industry.

The bull had been judged as the yardsman’s pick the previous day and was offered by Graeme and Natalie Newnham, Delungra, NSW, and bought for the sale’s overall record top price by Christine Comley, Ardno Herefords, Mt Gambier, SA.

“The choice of genetics on offer are a great advantage to the purchaser wishing to buy a variety of bloodlines without having to travel to many different on-property sales,’’ Mr Vivers said.

Catalogues are available from Elders Glen Innes or online at Herefords Australia. 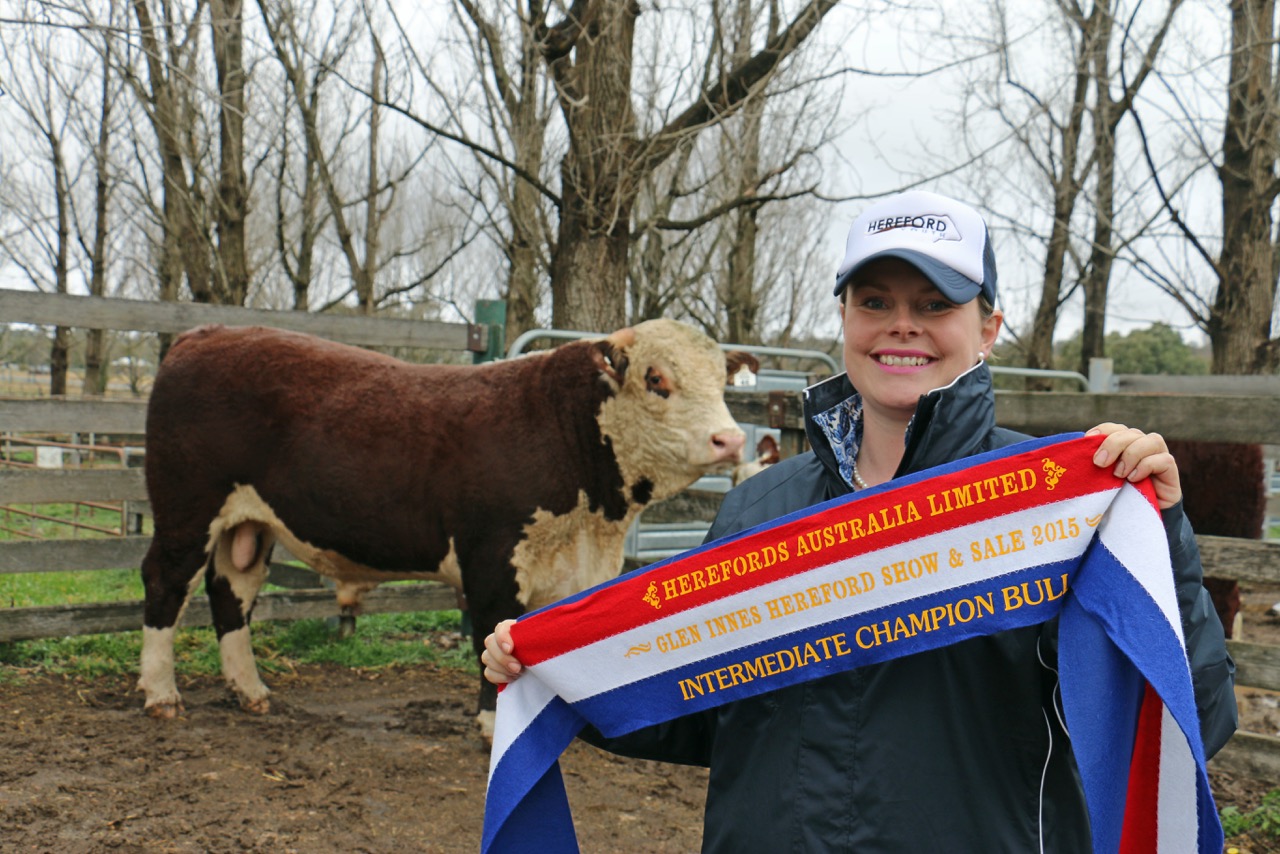