Herefords went on to dominate the led classes and commercial pens of steers at the event.

Nicole Hayes, Centralian Beef Breeders Association president, said the committee wanted to show gratitude to the long serving supporters of the Alice Springs show by naming grandstands in their honour.

The Day and Bennett families have been making the 3000km plus round trip to the show for decades.

“They have always enjoyed coming to our show because of the friendly atmosphere and social interaction,’’ Mrs Hayes said.

Lachy Day, Days Whiteface, said the market had changed dramatically since he first began attending the show in 1989.

He told ABC Rural the emphasis was now on BREEDPLAN and performance.

Ross Bennett, Bendulla Poll Herefords, SA, said the Hereford cattle suited to the centre were carcass focused and had the ability to thrive under harsh conditions.

“Other breeds have pushed into this area so it is up to us as breeders to keep up with the top end by concentrating on BREEDPLAN figures, structural soundness and doing ability,’’ he said.

Herefords Australia will sponsor a champion pen of whiteface steers at the Alice Springs Show steer sale on July 21 at the Bohning yards, Roe Creek. 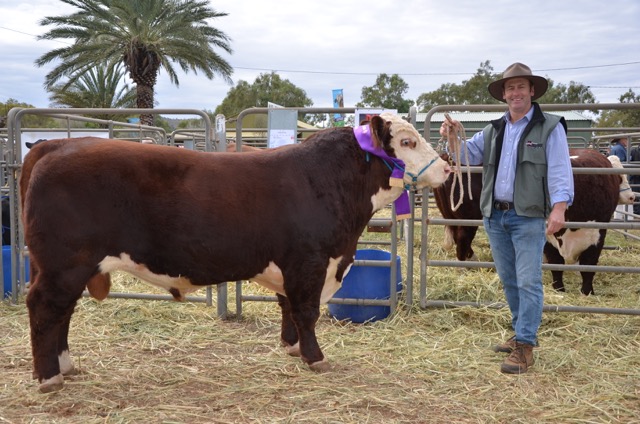 Lachy Day, Days Whiteface, Bordertown, with the champion bull of the show. Image The Stock Journal 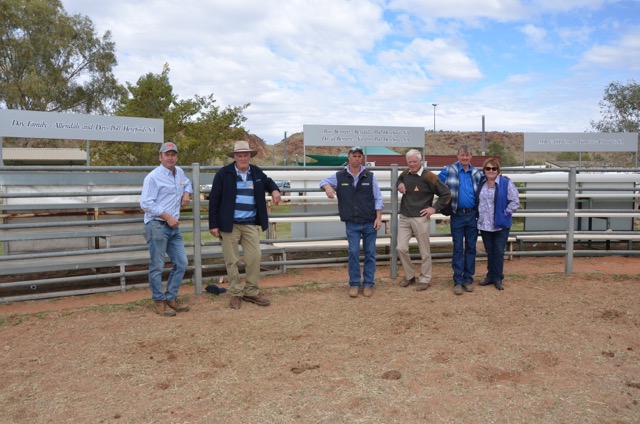 Three SA families had stands named after them, in honour of their long-time involvement in the Alice Springs Show. Pictured are Lachy Day, David Bennett, Andrew Bennett, Ross Bennett and Murray and Jenny Ferme. Image The Stock Journal 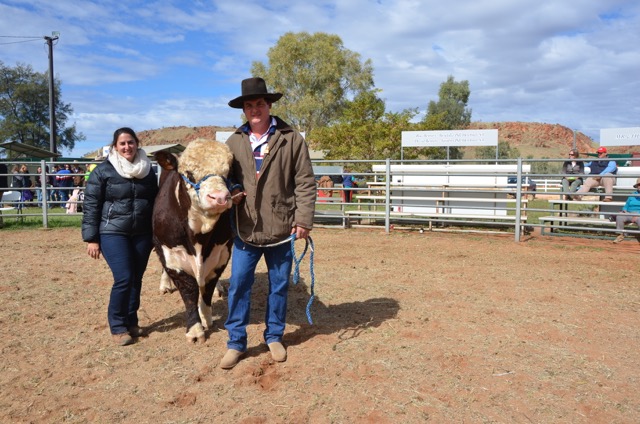 Joella Klein and Billy Nelson, Orange Creek, with a bull they bought from Minlacowie for $8500. Image The Stock Journal 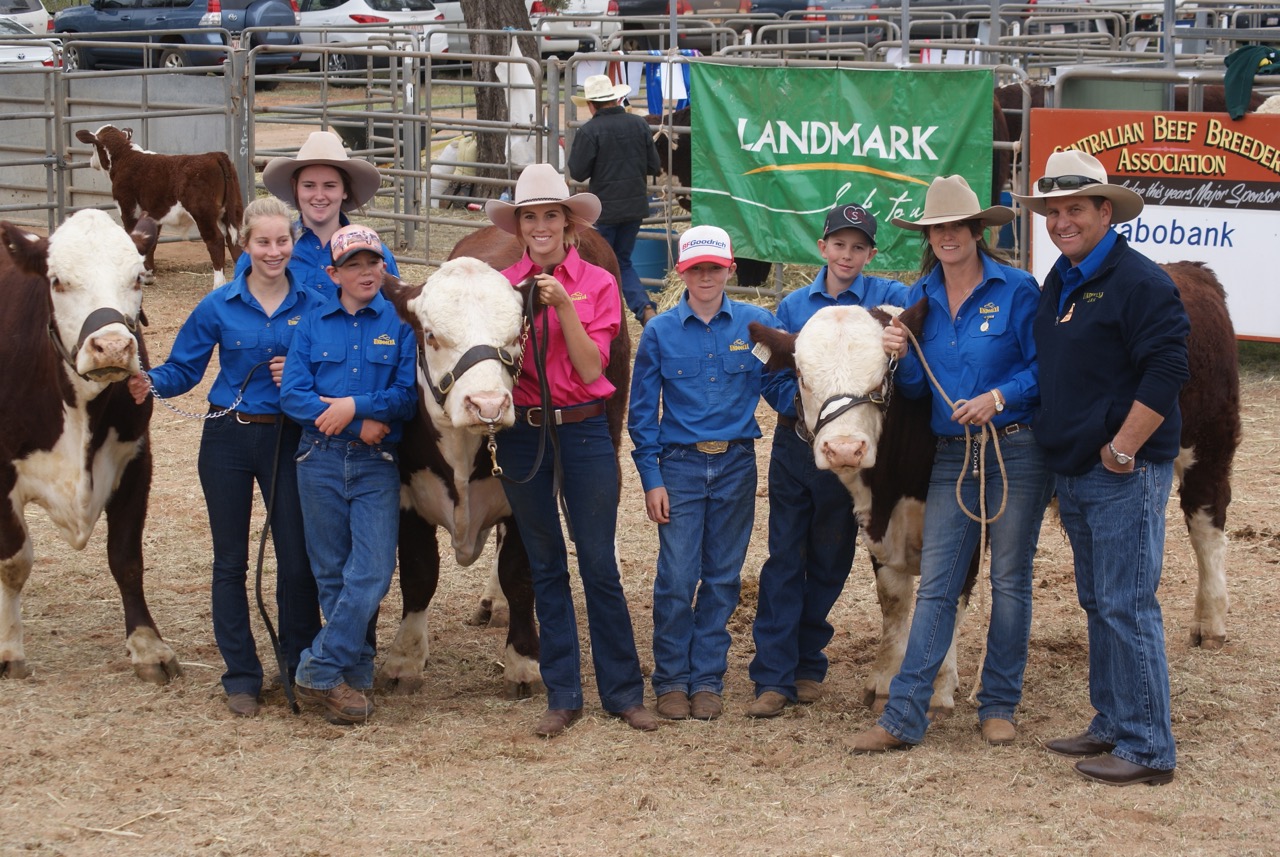 The team from Undoolya Station dominated the led and prime cattle classes with their Herefords at the Alice Springs Show.