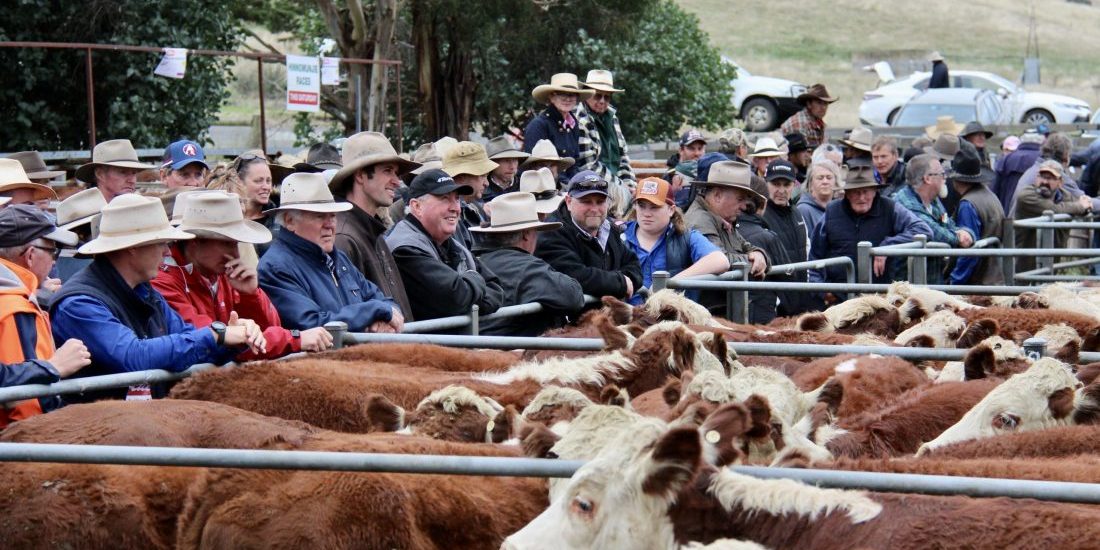 Whiteface vendors pocketed an extra $167 a head for heifers and $133 for their steers above other British breeds at the 82nd annual Mountain Calf Sales earlier in March.

Held at Benambra, Ensay and Omeo on March 8-9, the Mountain Calf Sales yarded 6280 cattle in the Elders dedicated sales to average $2185.

Autumn drop whiteface steer prices peaked at Ensay at $2780 and heifers at Omeo at $2900.

Going into the sales, widespread bumper seasonal conditions, record cattle prices and strong lotfeeder and processor demand had created the perfect storm for the annual fixture.

Jubilant vendors celebrated a rise in averages by $500-$600 on last year, pointing to future investment in genetics, fertiliser, pasture and debt reduction.

It was the bidding frenzy by restockers for heifers which left vendors and spectators gasping with prices rocketing to $2900, a price unseen at the Omeo saleyards for autumn drop weaners and resulting in a windfall for high country producers who had held females back for the two-day event.

The majority of cattle sold to Gippsland, Victoria’s north-east, King Island, the Riverina, and South Australia.

Typical of those was Lancefield finisher Arthur Angliss who has bought the same Shorthorn-Hereford and Hereford lines for the past decade for JBS grass fed programs.

He was quick to reinvest, paying the top whiteface steer price of the whole circuit of $2780 at Ensay for steers to grass finish over winter.

The whiteface offering hit its peak when 1459 Hereford and Hereford cross steers and heifers were sold at Omeo on March 9 for an overall average of $2269 – a far cry from just three years ago when the top average was $793.

A total of 1212 mixed sex whiteface cattle were yarded at Benambra.