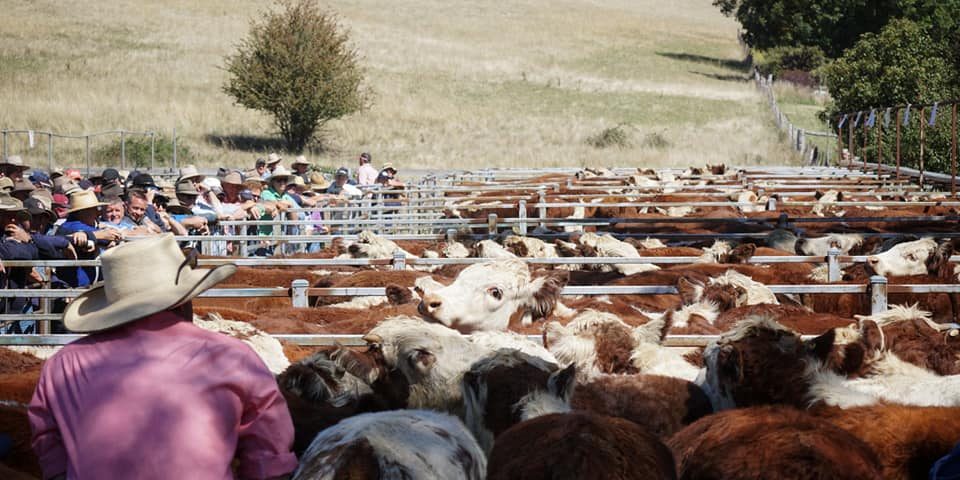 A quality yarding of 1,102 Hereford and Hereford-cross steers and heifers greeted buyers at the Benambra weaner sale on Tuesday March 2nd with steer prices hitting a top of $2110 per head.

The sale grossed over $1.8 million and averaged $1717 across the entire yarding of steers and heifers.

Elders agent Matt Tinkler quoted the heaver steers at over $2000 with lighter steers making around $1600 and heifers at between $1700 for older animals and $1200 for spring drop calves.

“We had good buying support certainly in the north into NSW and we had local competition, which is wonderful to see, as well as further south and in the western districts, so really strong support and I think that’s just testament to where the cattle job is at the moment,” Mr Tinkler said.

The opening pen of Hereford/Shorthorn cross steers offered by DJ Tomkins made the top price of $2110 and sold to Graeme Osborn through Elders Bairnsdale.

The sash for the champion pen of Herefords was presented to Dick and Anne Faithful for their pen of 40 10–11-month-old EU accredited steers which sold for the top Hereford price of $2020 to Graeme Osborn.

Among the top priced Hereford pens were a pen of 15 EU accredited steers offered by Kelvin and Jacqui Pendergast which sold for $1980, also to Graeme Osborn.

“It’s tremendous to get these prices, some might say it’s too much, but we’ll take it while we can get it,” Mr Pendergast said.

In the heifer pens the top price of $1780 was paid by R Moon for a pen of 10 EU accredited heifers offered by Ray and Max Pendergast.

Ray and Max sold a second pen of 12 heifers for $1750 to J Mellis through Elders Bairnsdale.

Also hitting the $1750 mark in the heifer pens was a pen of 8 Hereford/Shorthorn heifers offered by DJ Tomkins which also sold through Elders Bairnsdale.

According to vendors and agents alike, the strength of the mountain calf sales centres around the quality and the doing ability of the high-country cattle.

“You see the return buyers come year after year and not only buy our cattle but buy whoever’s cattle, they know what the cattle do, they can buy any cattle out of here and they take them to various areas and they just carry on and do,” Mr Pendergast said.

They’ve got the bone, they’ve got the depth and all the quality so that’s why you keep seeing repeat buyers and the same faces keep coming here and it’s become an iconic sale in the nation. 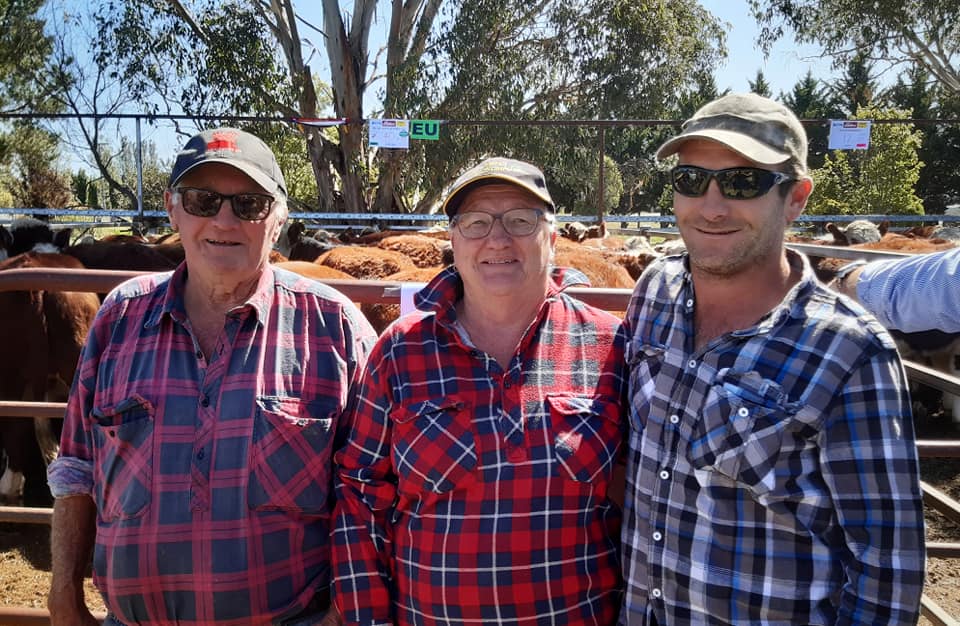 Dick & Ann Faithfull, Benambra presented the Champion Pen at the Benambra Mountain calf Sale and were rewarded with a price of $2020 for 10-11 month old steers. 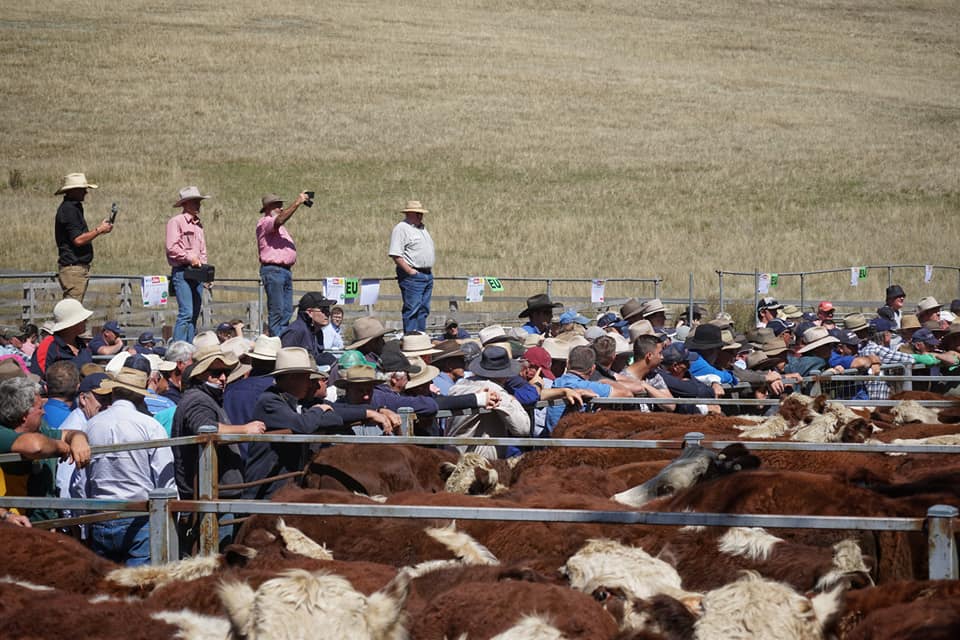 Bidders paid up to $2110 for steers at the Benambra weaner sale. 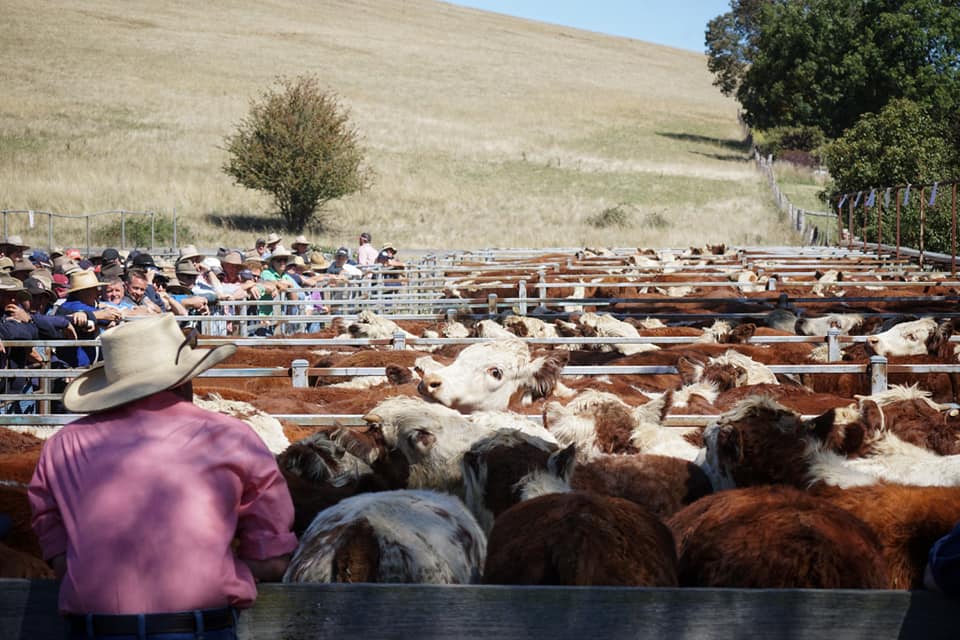 The strength of the Mountain Calf Sales has been attributed to the quality and doing-ability of the mountain cattle that keeps buyers coming back year after year.