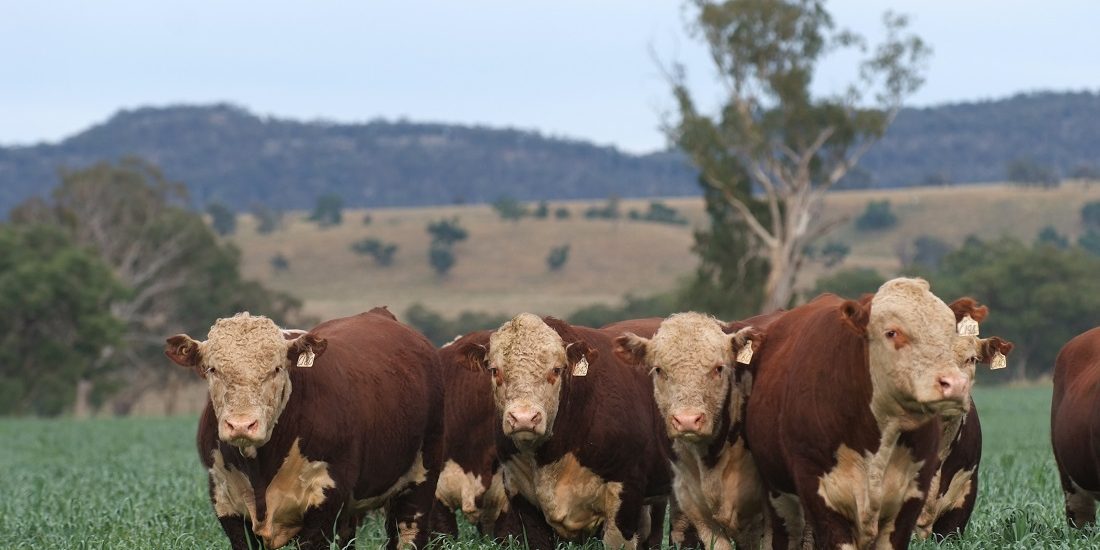 GENEPROB results are now available in the ABRI online animal lookup for all Hereford animals born after the year 2000.

GENEPROB is an analysis run with the monthly Hereford BREEDPLAN run and is used for determining the likelihood of carrier animals in the Herefords Australia database for four known genetic conditions; HY, DL, IE and MSUD. (Results are not currently available for the MD genetic condition.)

All animals will now have a result listed in the Genetic Conditions section of their information in the animal lookup.

The following shows all the possible combinations that will be available under the Genetic Test Codes for each animal.

The first 2 or 4 characters in the result represent the genetic condition – HY, DL, IE, MSUD that the result relates to.

_ _F Indicates that the sample submitted for this animal has been tested and found to be free of the causative mutation responsible for the indicated genetic condition. This animal is homozygous free, meaning that it has two copies of the normal variant (or allele) of the gene.

_ _C Indicates that the sample submitted for this animal has been tested and found to be a carrier of the causative mutation responsible for the indicated genetic condition. This animal is heterozygous for the mutation, meaning that it has one mutant allele and one normal allele. This animal could pass the mutation to approximately half of its progeny.

_ _A Indicates that the sample submitted for this animal has been tested and found to possess two copies of the mutant variant of the gene. This animal is homozygous for the mutation responsible for the genetic condition and in the case of HY & IE, will be affected by the genetic condition. In the case of DL, the animal will appear normal but will pass the mutation to 100% of its progeny.

For example, an animal with the result displaying as IEFU DLFU HY2% MSUDFU has not been DNA tested but is expected to be free of IE, DL and MSUD and has a 2% chance of being a carrier of HY.

Animals that have a (Gene)_ _% result are the animals of most interest from the GENEPROB analysis.

If the animal has a 50% value, then there is an equal likelihood that an animal will be a carrier or not a carrier; 25% is a 1 in 4 chance of a carrier and so on.

If you have an animal that is still active in your herd that has a 25% or greater value, it is highly advisable for that animal to be DNA tested, either as a stand-alone test or as part of one of the low density bundles offered by Herefords Australia.

It is however important to note that GENEPROB results can change as the analysis works on the pedigree relationships between animals to predict the % probability that an animal is a carrier.

At this stage, there are animals whose ancestors have not been tested and as a result they have a low % value and a low accuracy of that prediction.

As animals are tested, the relationships between those animals and the untested animals will change the % probability, particularly if a related animal is tested as a carrier.  It is therefore advisable to routinely check the results of animals and determine whether current animals need to be tested.

Obviously if the pedigree of the animal changes then this also will have impacts on the probability of carrier status for that animal.