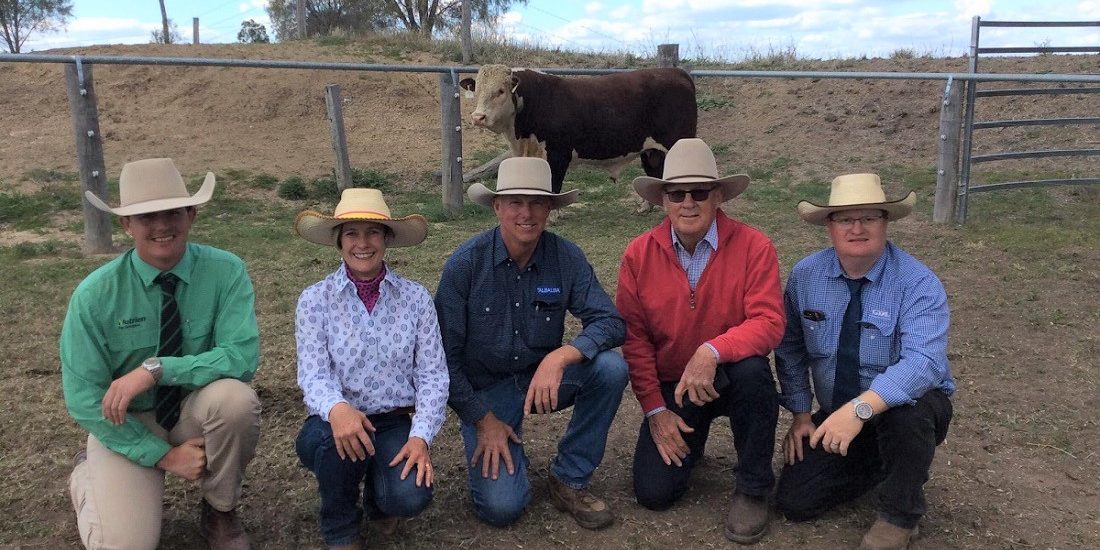 Bids were flying for the opening lot at the Talbalba Herefords 2020 bull sale as Talbalba Emperor P043 was knocked down for $100,000 to Cara Park Herefords, Delungra NSW and Yarram Park Herefords, Willaura, Victoria.

The impressive six-figure sum for the 24-month-old stud sire was at the time of sale the second highest price for any Australian bull sold in 2020.

Boasting an exceptional phenotype and an impressive set of BREEDPLAN EBVs Emperor was the full package and too good an opportunity to let pass, according to Graeme Newnham of Cara Park Herefords.

“He had a lot of things going for him; great confirmation, a lot of style, a lot of length and thickness with good BREEDPLAN data.

Sired by Mawarra Emperor and out of Talbalba Choice K47 (a daughter of Devon Court Advance F052) Talbalba Emperor P043 weighed in at 953 kilograms with a scrotal circumference of 40.5 centimetres.

Emperor P043 carries an exceptionally well-balanced set of EBVs with a below breed average birthweight figure of +3.6 and milk and 600-day weight EBVs in the top 10 percent of the breed.

Also carrying an impressive set of carcase data, Emperor is in the top five percent of the Hereford breed for IMF and the top 15 percent for EMA.

All four of Emperor P043’s index values are in the top 20 percent of the breed.

Jeremy Upton of Yarram Park was very excited to have secured a share of the bull for use in their herd and was very impressed by Emperor’s phenotype and genetics.

“Phenotypically he’s a beautifully balanced bull, he’s very correct and he has a lot to offer the industry and our program,” Mr. Upton said.

Steve Reid of Talbalba Herefords was ecstatic with the sale result and said the whole day was very exciting.

“We had had a lot of interest in the bull in the leadup to the sale but had no idea he would go for that much,” Mr. Reid said.

Mr. Reid said that Talbalba had been focussing on breeding animals with a combination of phenotype and good EBVs to produce well balanced animals suited to a range of buyers.

Talbalba Emperor P043 will first go to Cara Park to have semen collected and be used in their Spring joining program and from there he will travel south in April to join the Yarram Park herd for Autumn joinings. 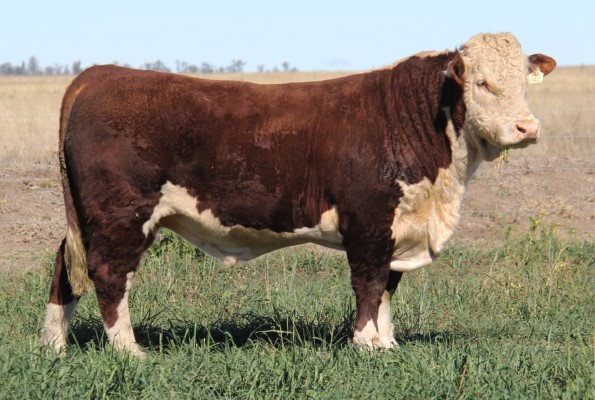 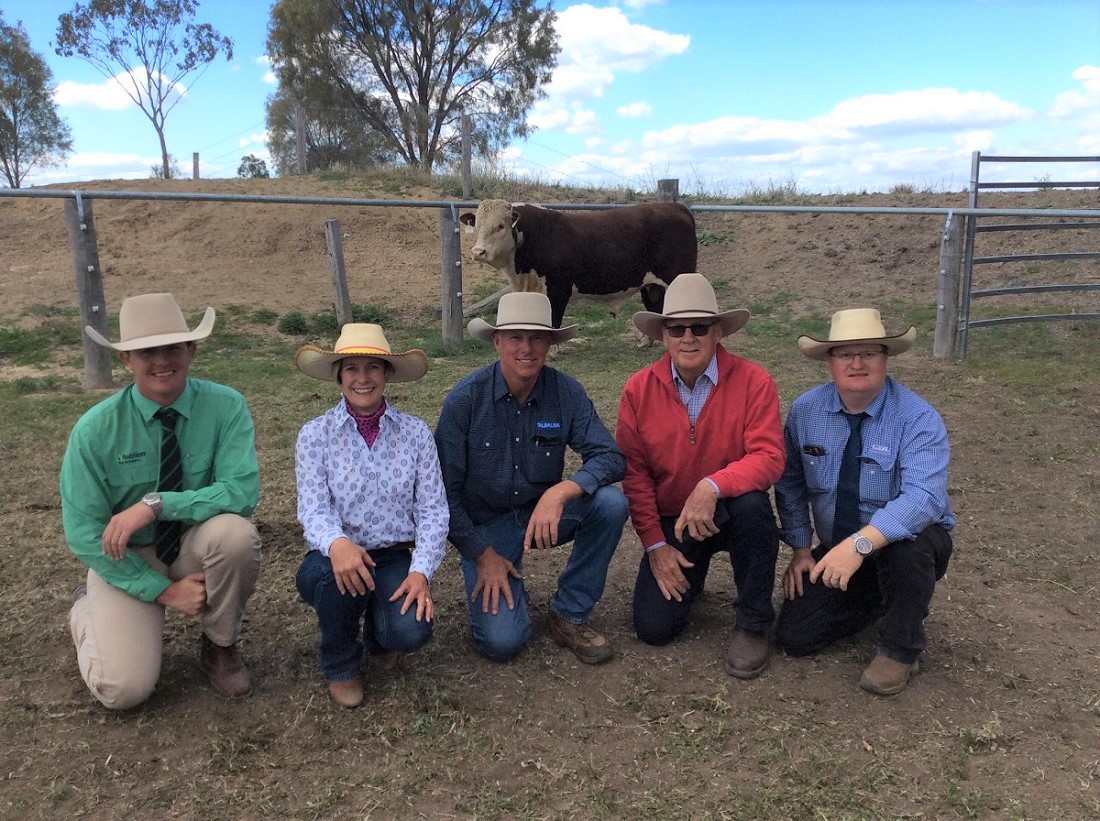