Days Globetrotter L107 shot straight to the top at the 2016 Adelaide Royal, taking out the junior and grand champion bull, and supreme Hereford exhibit.

Shown by Lachy and Lou Day, Days Whiteface, Bordertown, SA, the June 2015 drop bull was sired by Days Elaborate J59 and out of Days Blissful J25.

Mr Day said the 545kg bull would be either offered at the Wodonga or Dubbo Nationals, or retained as a stud sire.

“He has tremendous carcass, a strong top and good structure,’’ he said.

The bull scanned at 10mm on the rump and 9mm on the rib with a 103sqcm eye muscle area.

The whiteface classes were judged on September 2 by Ben Davies, Wodonga, Vic.

Also sired by Days Robin Hood, the 485kg bull scanned at 7mm on the rump, 5mm on the rib and with an 83sqcm eye muscle area.

Days won the pair of bulls, male and female pair, sire’s progeny group (by Days Robin Hood) and breeders group to be named as the most successful Hereford exhibitor. 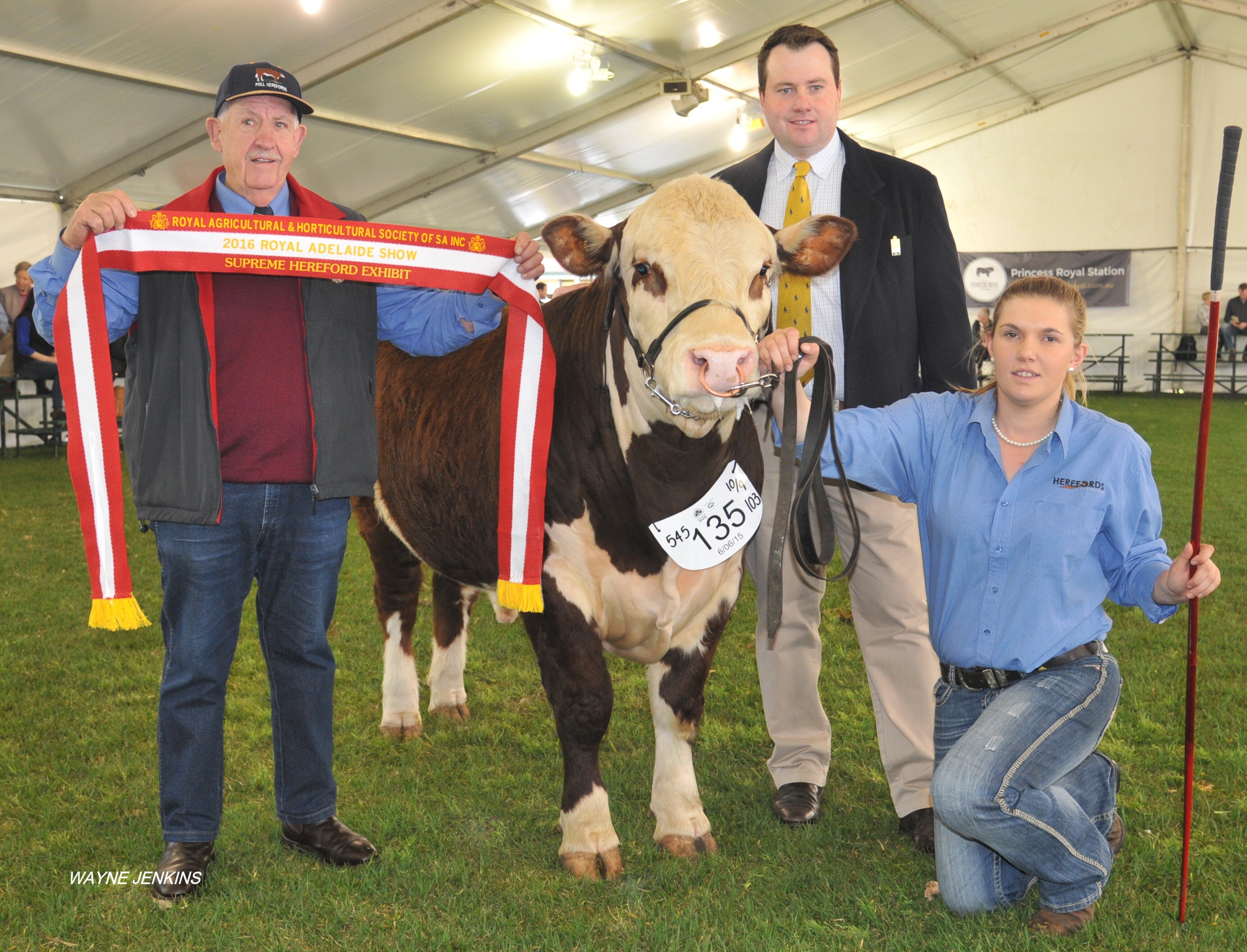 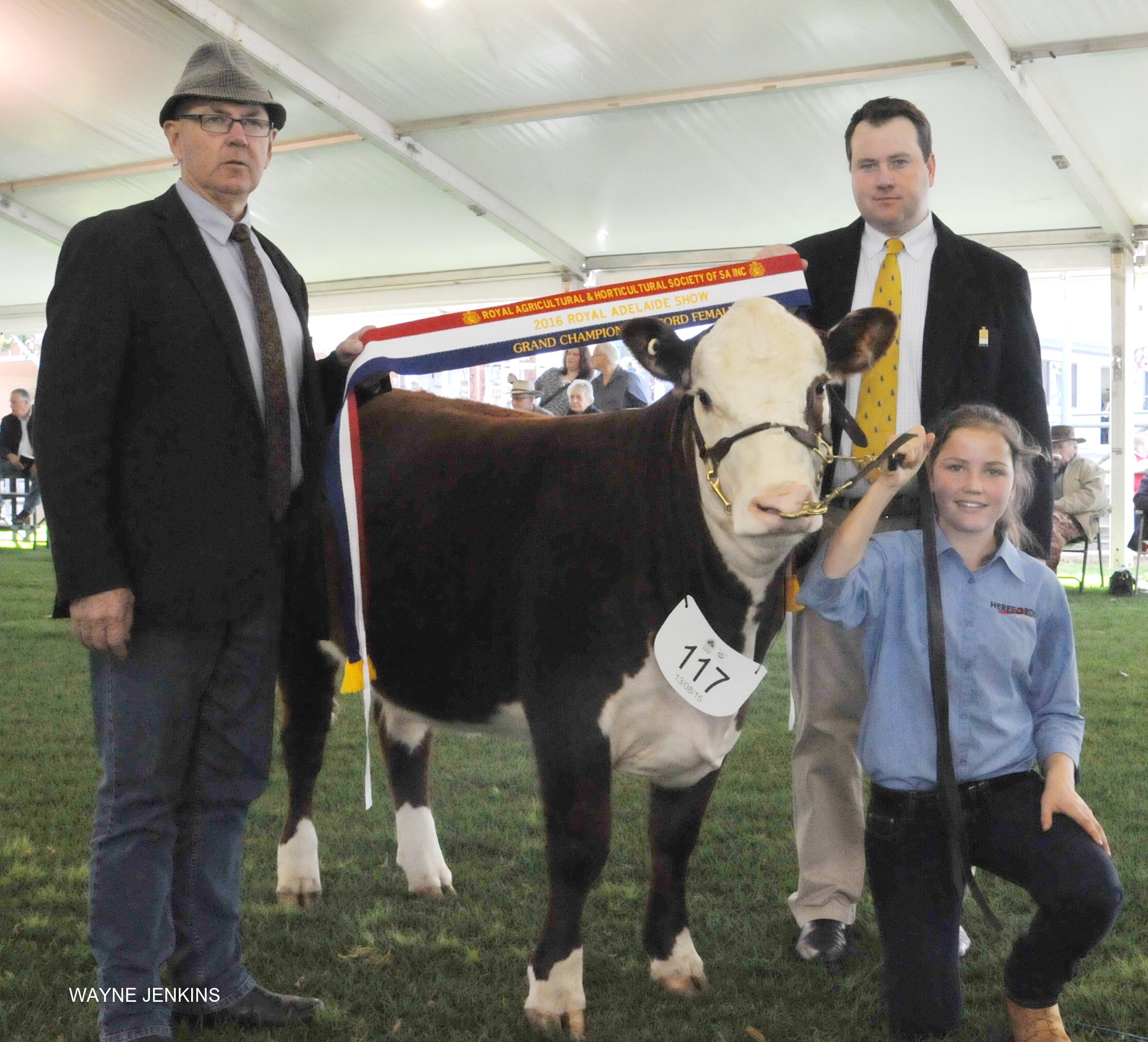 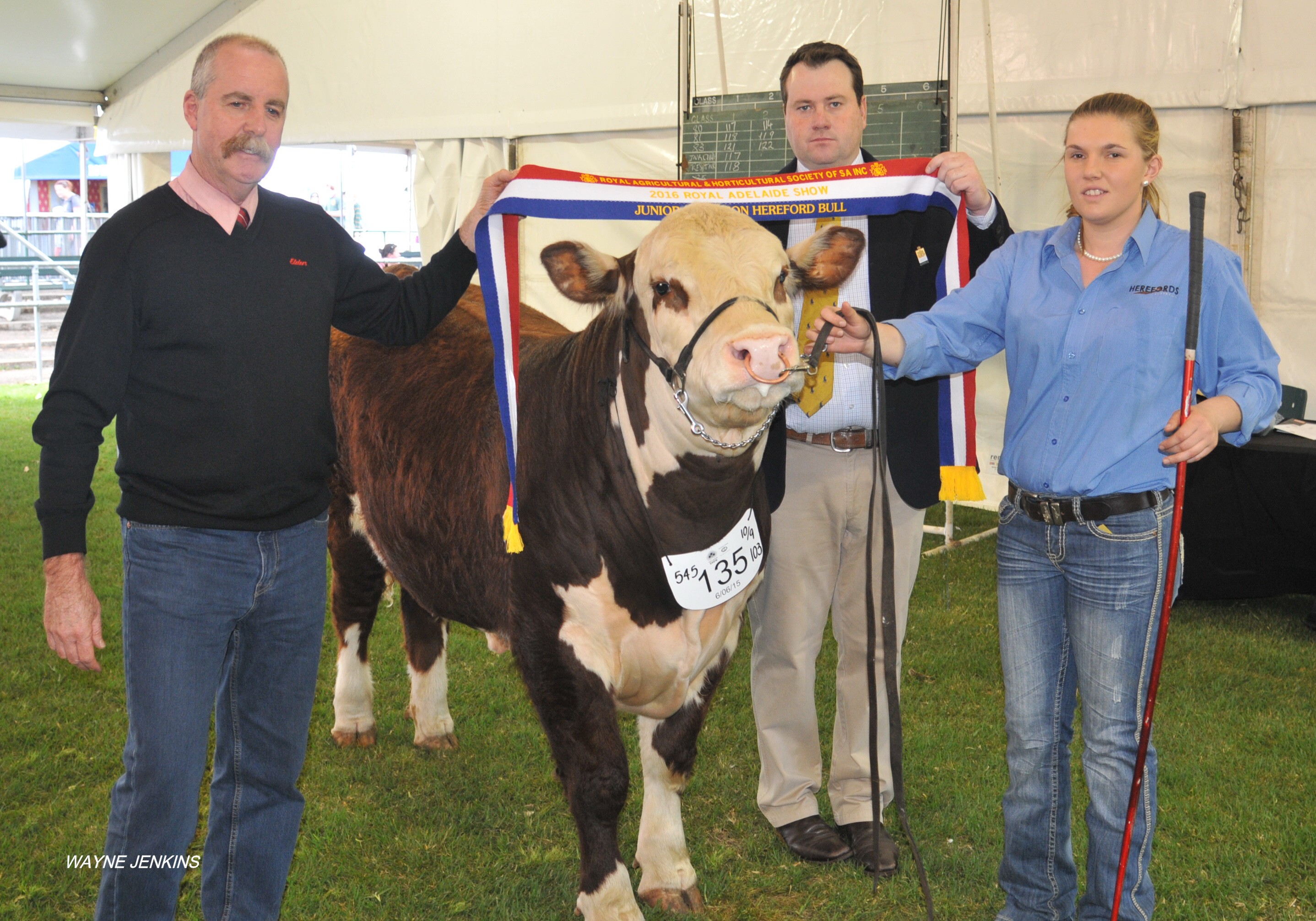 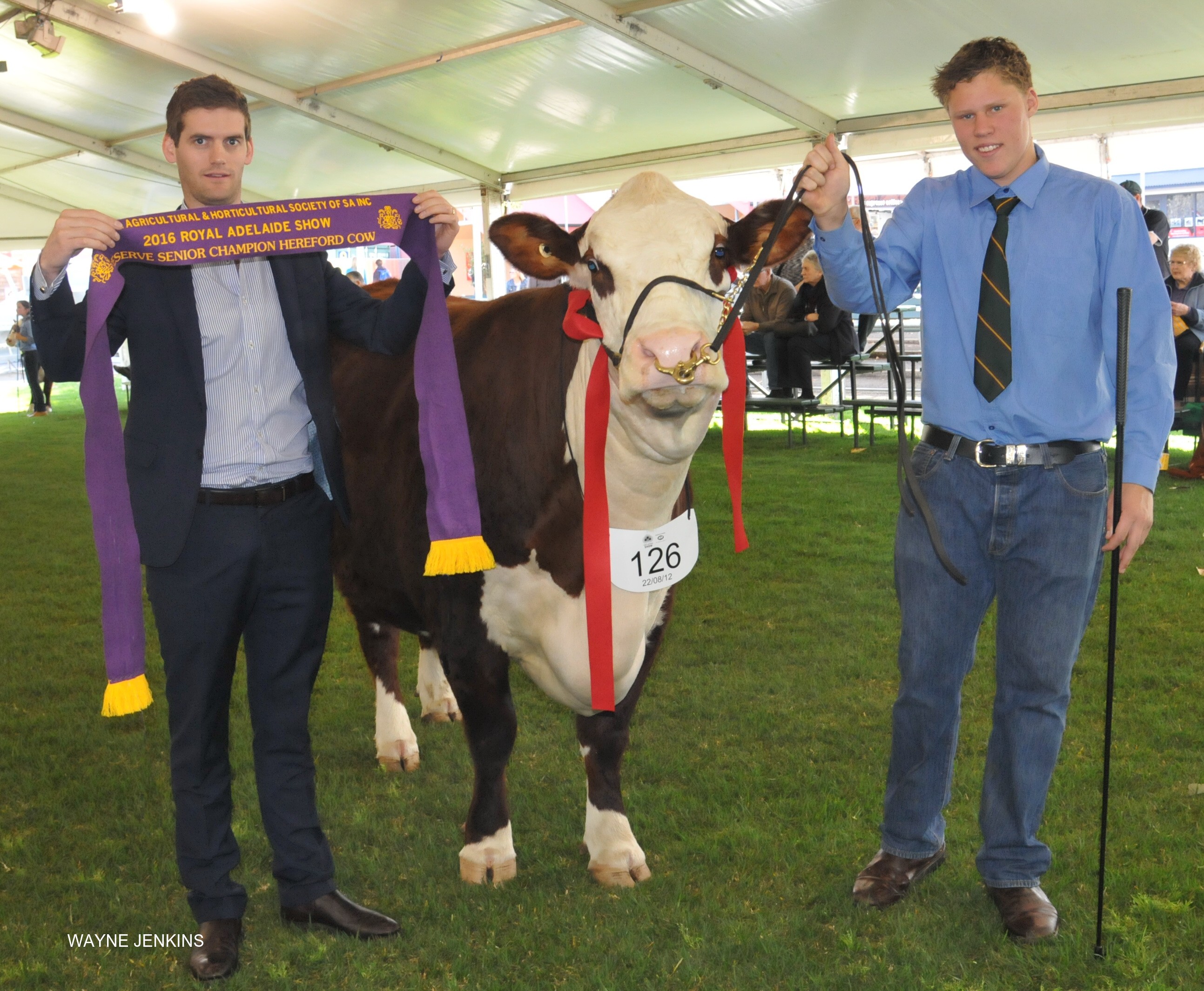