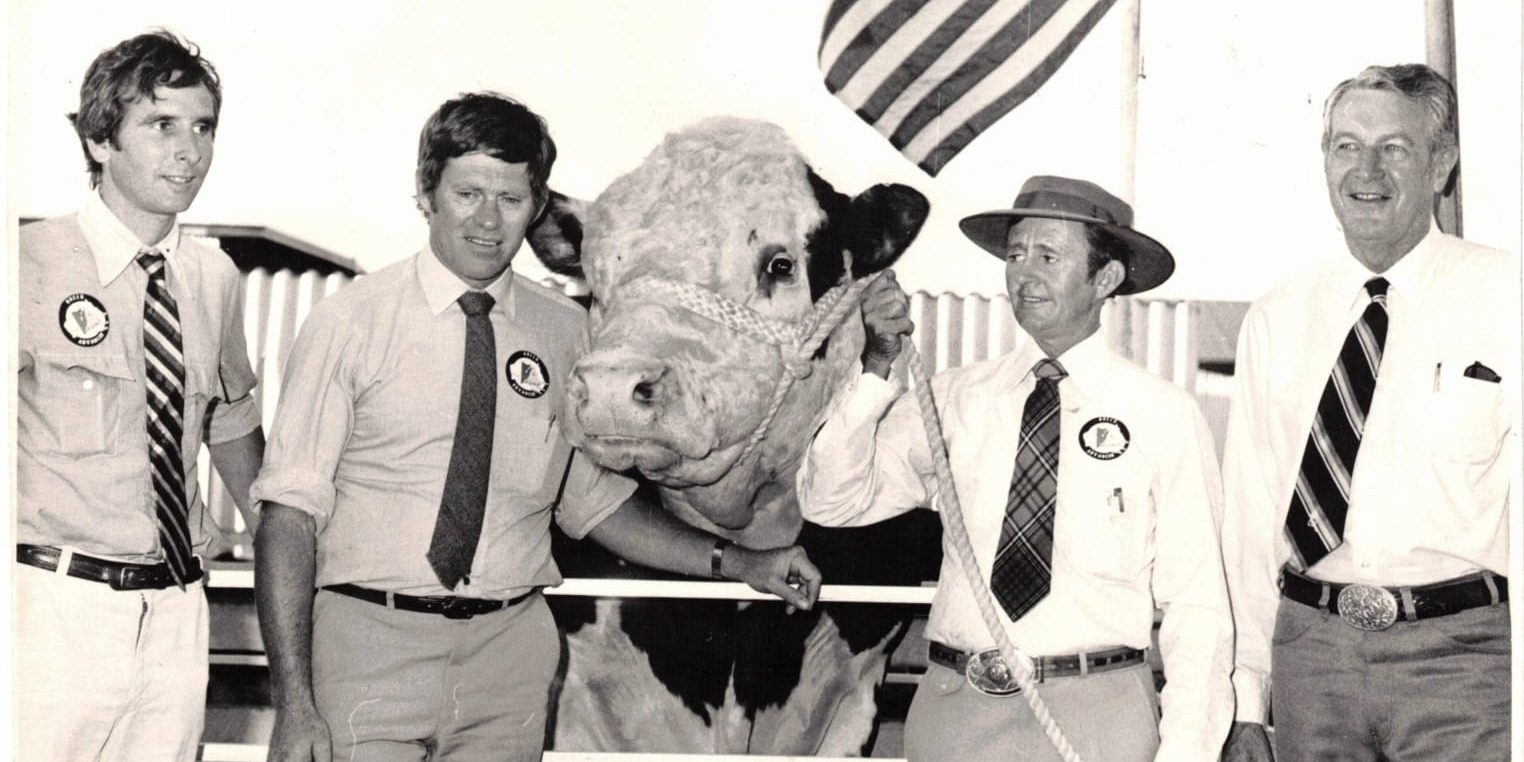 Warwick was a Sydney businessman who bought his first registered Poll Herefords in 1975 for his property, “Mindaribba” at Maitland, NSW.

Attending he World Hereford Conference at Banff, Canada in 1976 he became totally obsessed by the breed.

In 1978 Warwick attended the National Show and Sale at Fort Worth, Texas and saw BT L1 Advancer 12H for the first time. The Late Don Anderson (Inverary Stud, Qld) was the guest judge. 12H was National Champion.

In 1979, Warwick, in partnership with three other Australians travelled to Montana and at the Beartooth dispersal the Australian 12H syndicate secured the bull for $US311,000.

In partnership with Don Anderson, Warwick formed the Beartooth Domino 520N syndicate, importing that sire, as well as Floral View Navigator 33P. Both made influential contributions in the Australian Poll Hereford Scene.

Purchasing the showcase property, Kildrummie, from Doug Carnegie, the Mindaribba Stud was moved to Holbrook. At this time Warwick imported several females from the US, notably Beartooth Victress 173R and Beartooth Supreme May 586R.

Warwick dispersed Mindaribba in 1985 and concentrated on developing a program to analyse performance data from the huge database of the American Hereford Society.

Using his program Warwick imported and sold semen from the leading performance bulls in the USA, to many leading Australian studs.

Warwick is survived by his wife, Margaret, two daughters Antonia and Kaleena and two grandchildren.