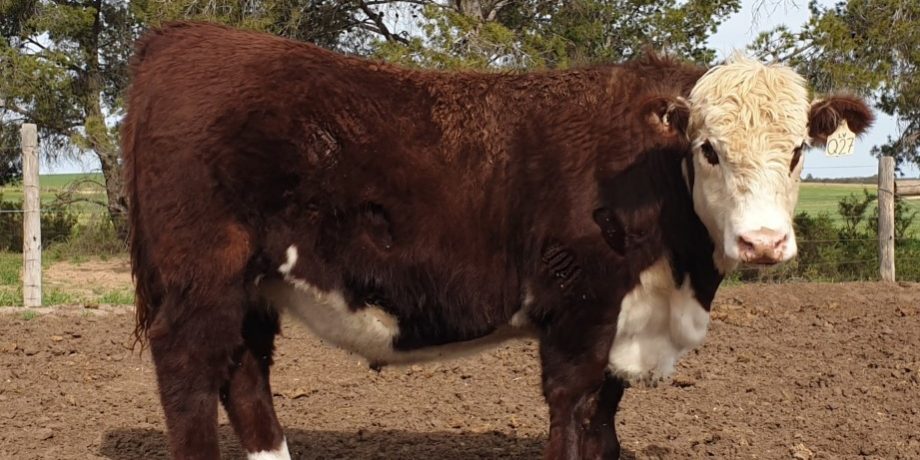 For the third year in a row Hereford steers have shone in the Royal Adelaide Show Steer Carcase Competition.

Hereford steers came away with two wins in the competition, being awarded Champion Light Domestic Carcase and winning the Purebred Export class.

According to Mark Wilson of Kerlson Pines, Gambler was bought for his carcase merit.

“He’s really done a good job with our carcase traits, he’s in the top one percent of the breed for EMA and the top five percent for IMF,” Mr. Wilson said.

Gambler is also in the top one percent of the Hereford breed for rib and rump fat traits.

Gambler was also the sire of the reserve champion Heavy Domestic steer entered by Kerlson Pines in the Adelaide Steer Carcase Competition in 2019.

“The last few years have been really good, Herefords have been right up there in all-breeds carcase competitions,” Mr. Wilson said.

Sired by Minlacowie Levi (a son of the super carcase sire Allendale ANZAC E114) Maildaburra Quality Q027 was a commercially registered (HCR) steer which was selected for the competition based off his carcase EBVs.

“Being a carcase competition, I selected for EMA and IMF.

“He was very thick down the leg and had plenty of meat on him,” Ms. Mudge said.

At 13 and a half months old Quality weighed 620 kilograms when he left the Streaky Bay property and killed at a carcase weight of 306.8 kilograms.

Quality scored 87.33 points in the carcase competition and scored 48.72 out of 50 points for eating quality, earning third place in the MLA Prize for Best Export Eating Quality Carcase.

Ms. Mudge also entered a second steer, Maildaburra Quincy Q061 in the competition which scored 82.79 points in the Heavy Domestic class with a carcase weight of 263.4 kilograms.

Ms. Mudge said she tried to choose her best two steers to enter in the competition and she selected both steers based off their EBVs.

“They were bred to perform well on hook, and it’s good to know that when you select for something that they do well,” Ms. Mudge said.

Both steers were fed in the Maildaburra feedlot for 120 days on a barley ration before making the 1100-kilometre journey to the Teys abattoir for the carcase competition.

Ms. Mudge said she normally sells her steers to Woolworths but this year the majority have been sold to local butchers who have been very impressed with the meat quality. 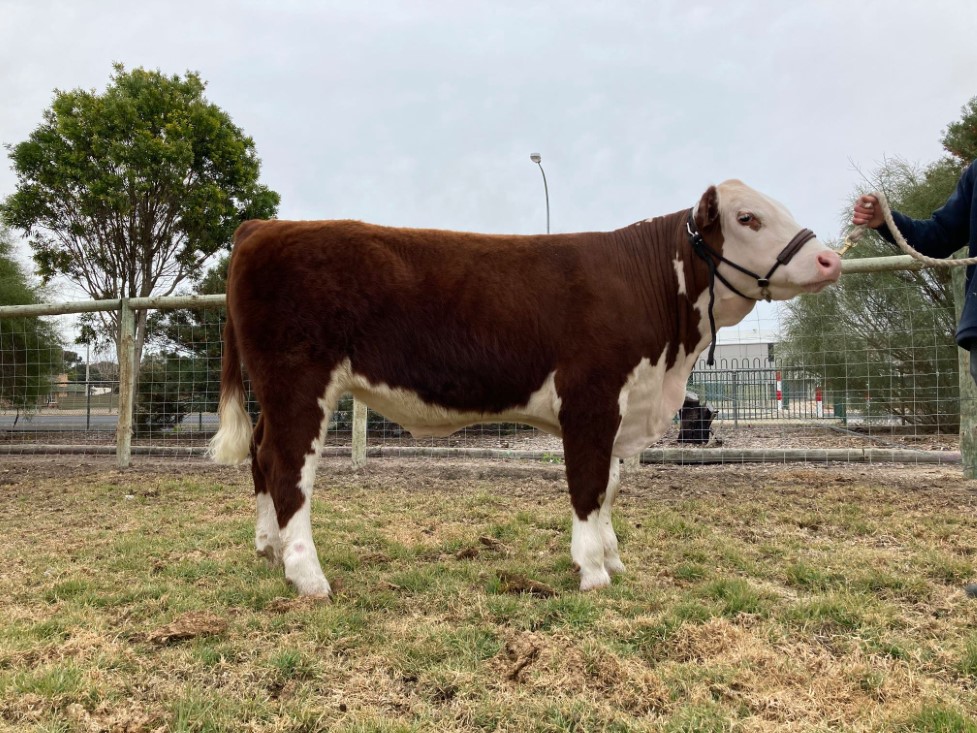 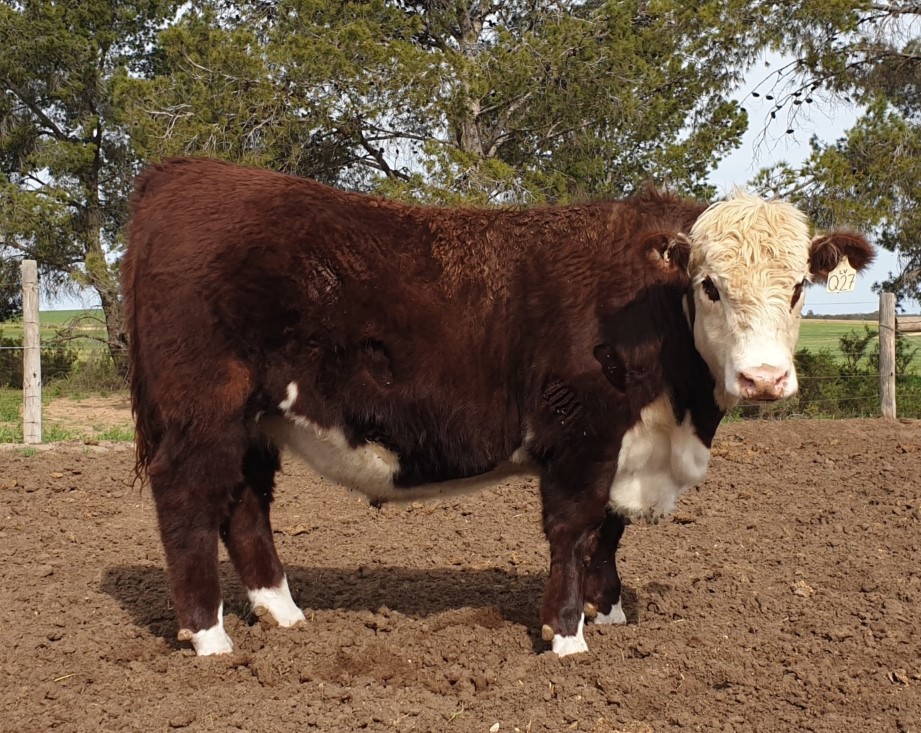 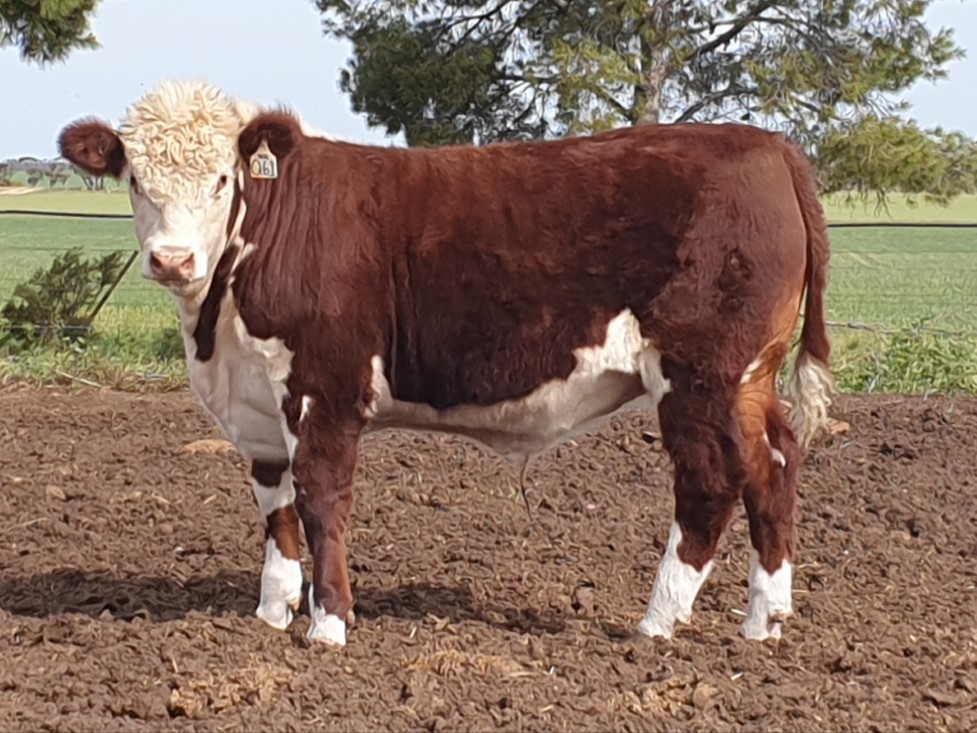